The Boycott, Divest, and Sanctions (BDS) movement against the world’s only Jewish state will not recover from 2020. 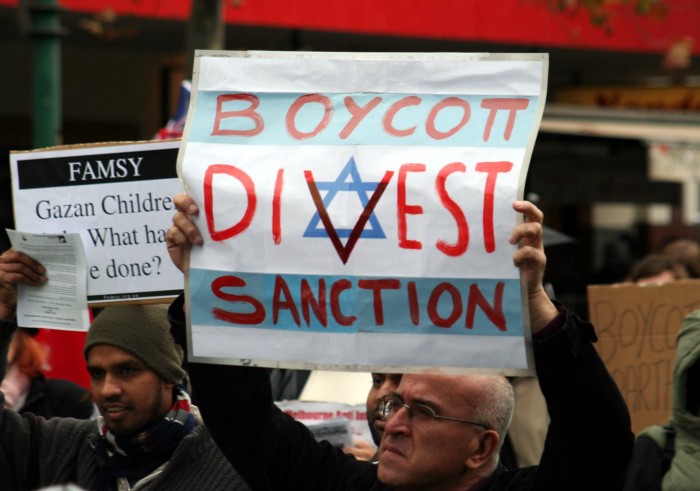 There were many changes, challenges and disappointments in 2020. It is a year which will live in infamy: The Year the World Caught Coronavirus.

Not everything was terrible, however. The world is experiencing an ebb in war, in old wars winding down and no new wars to take their place. A geopolitical earthquake has shaken the Middle East into new peace and partnerships. Old alliances, even ones with deep religious ties, are fading.

The news that a half-dozen Middle Eastern countries have normalized relations with Israel over the past year has not received the attention it deserves. Without addressing Palestinian land rights, which foreign policy experts insisted for decades was a prerequisite for moving the peace process forward, Israel is being accepted into the Middle Eastern fold.

Diplomatic delegations from Bahrain and the United Arab Emirates celebrated Hanukkah with Jewish leaders at the Western Wall in Jerusalem this year.

The star of Israel’s geopolitical future is rising.

Israel’s geopolitical star is rising; the same cannot be said for the Boycott, Divestment and Sanction movement, or BDS.

If Middle Eastern countries, who have long been the mortal enemies of Israel, are unwilling to boycott, divest, or sanction Israel, few countries in the Western world will be likely to sign on. BDS is also likely to lose what support it had.

BDS had already suffered a crushing legislative and idealogical defeat in 2019. In a rare bi-partisan show of unity, Members of the U.S. House of Representatives voted overwhelmingly against the BDS movement.

Democrats like Rep. Rashida Tlaib, Rep. Ilhan Omar and Sen. Bernie Sanders, who have been critical of Israel, are thought leaders in the progressive community. However, through their failures to address anti-Semitism in the Democratic ranks- including a failure to condemn Iran’s most recent blood-libel propaganda that Jews created the coronavirus and a continued embrace of open anti-Semites like Linda Sarsour and Louis Farrakhan- BDS has lost traction.

The thawing of Muslim majority countries toward Israel is also likely to decrease support for BDS in South America, where the movement had previously found fertile ground.

In embattled Venezuela, opposition leader and would-be President Guaido has suggested a restoration of Israel-Venezuela Ties. Venezuelan Dictator Nicolaus Maduro’s predecessor cut off ties with Israel a decade ago in solidarity with the Palestinians.

In 2016, Hezb’allah registered as a political party in Peru.

“The Boycott, Divestment, and Sanctions movement (BDS), an initiative that seeks to eliminate Israel as a Jewish state, is more solidly anchored in Chile than anywhere else in Latin America. The fact that there are 400,000 Chilean citizens of Palestinian descent whose numbers and economic, political, and media power are growing only begins to explain the ongoing problem. — AJC, Global Jewish Advocacy

The shift away from BDS will be harder to stop now that there are fewer and fewer reasons to support the movement. There are plenty of great reasons Middle Eastern nations are ready to ally with Israel. For instance, Iran’s regional and nuclear aspirations, as well as the Iranian penchant for funding terrorism against its neighbors and coreligionists.

There is also Turkey to consider. Turkish President Recep Tayyip Erdoğan currently has the EU in a headlock. The border between Greece and Turkey is a powder keg. The only thing standing between millions of refugees and Europe, is Turkey. Erdogan wants money, but he has also been moving Turkey in a dangerous direction, increasingly embracing a radical Islamist ideology.

In response to these and other changes in the region, a Riyadh summit was held to discus ways of rooting out terrorism in 2017.

“Trump reached out to the Muslim world with a new message, calling for peace, hope and unity. I think this is something that will resonate among Arab leaders, particularly those who were attending the summit today and their support is going to be crucial for the fight against the Islamic State of Iran and the Levant (ISIL),” said Al Jazeera’s Hashem Ahelbarra, reporting from Riyadh after Trump’s speech. “Millions of Muslims who would be watching this speech will be totally surprised by a completely different tone by President Trump.”

As indeed seems to be the case. The tide has turned against BDS, and world leaders are steering a course towards a new era of peace, cooperation, and prosperity in the Middle East.