Good News for the U.S. Economy is Bad News for Democrats in 2020 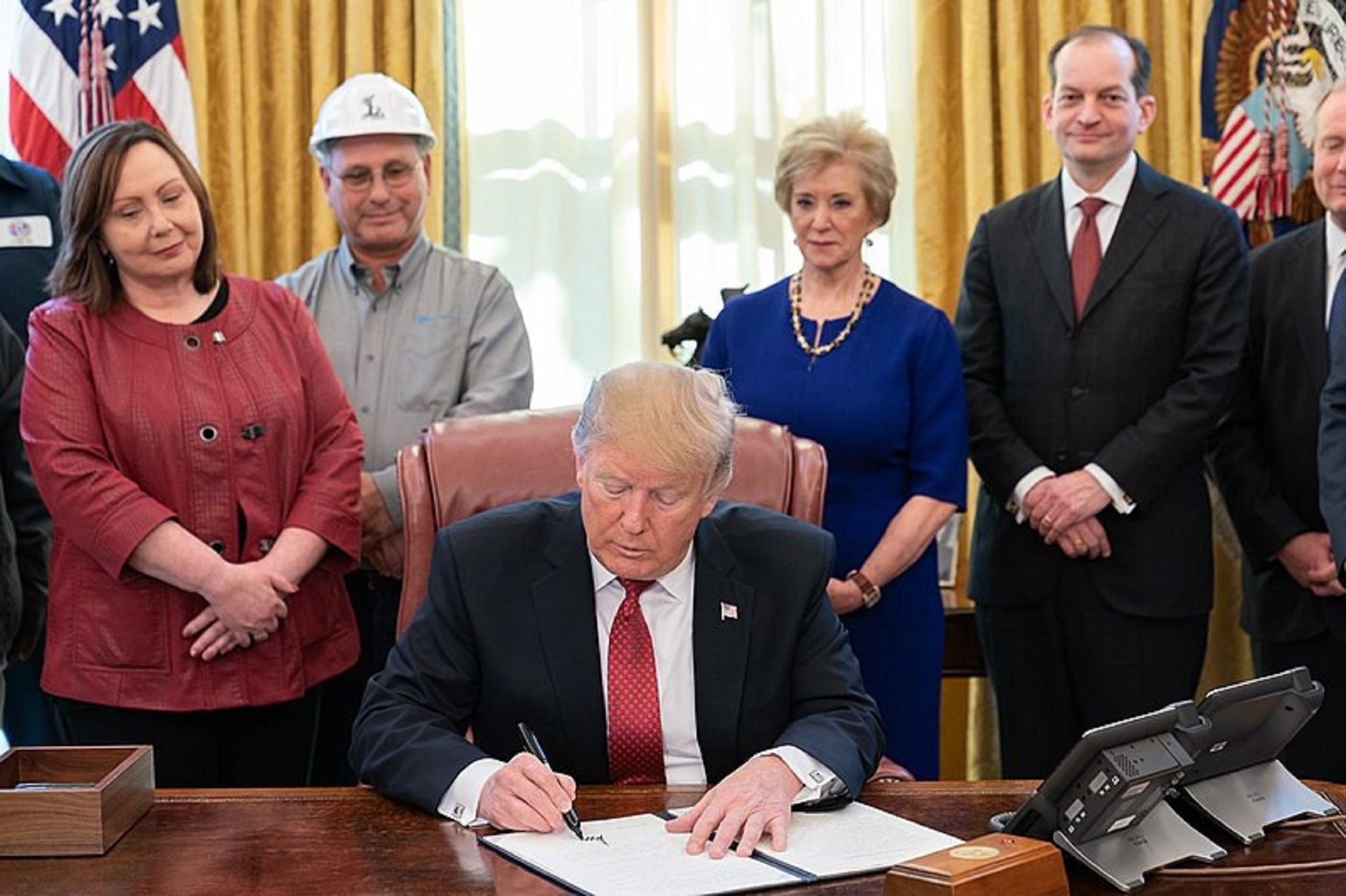 Almost a week later, people are still talking about President Trump’s State of the Union address; in the press and at dinner tables in restaurants all across Washington, D.C. and I imagine, elsewhere.

Those who are effusive, or even grudging, in their praise, do so in hushed voices, at least inside the beltway anyway.

It almost seems like it took a few days for certain things Trump said to percolate fully through the national consciousness. He covered a lot of ground and there was, upon our further reflection, something for everyone to reflect further on.

Pro-lifers are still positively walking on sunshine since Trump dropped the best stump for their cherished cause they could've wished. Life, a precious gift from God? That is about is as good as it gets for that crowd.

Even Trump’s fiercest critics who have branded him a racist couldn’t help but rejoice at an elected President of the United States harshly criticizing racially-biased sentencing in the criminal justice system and vowing to continue the reforms begun with the FIRST STEP Act.

Not everyone was a fan: Schumer didn’t like it. Rahm Emmanuel didn’t like it. But 75% of the viewing public approved. However, that could be because voting Democrats had better things to do of a Tuesday evening.

Trump got a few laughs from a tough crowd. A few tears.

“To call the speech a masterpiece will strike his enemies as preposterous. On the other hand, progressives are sometimes unreliable judges of the country’s moods. Think of November 2016.” — Lance Morrow, in The Longest Day for Trump’s Adversaries. Wall Street Journal, February 7, 2019.

It was perhaps that, more than anything else, which told Americans what they can expect over the next two-years of the Trump Presidency.

The Democrats also made it clear what Americans can expect if the Democratic Party is allowed to take over the executive office in 2020.

It is a tale of two worlds: One harkening back to the recession years under Obama and one looking forward to a brave new world of lower prescription drug prices, more affordable healthcare, an end to decades-long conflicts that have borne little fruit. It even includes a return of manufacturing jobs thought to be long gone.

Democrats want to raise taxes. They need taxes to pay for massive overhauls, a giant, lumbering government-controlled healthcare system, and social benefit packages designed to lure in those who will, presumably, vote Democrat.

They want to do what Hugo Chavez and Maduro did to Venezuela; bankrupt the government to pay for massive social benefit packages that bribe people for their votes.

Which, of course, is fine for everyone…until the money starts running out. Then you have, as in Venezuela, a once rich country where the average citizen lost 24 pounds last year.

Trump Is Right to Warn Democrats About ‘Socialism’: Progressives have embraced the term, and that’s a dangerous mistake.

The U.S. economy is going very well: The Democrats want to wreck it.

Why do they think the silent majority is going to go along with this?

Those Who Forget the Past Are Doomed to Repeat It

Since the Trump election of 2016 shook Democratic pollsters and prognosticators to the very cores of their beings, Democrats have been asking themselves the wrong question entirely.

Rather than asking, “How can we get rid of this monster?” the correct question might have been:

How Did We Miss This?

It isn’t so much that liberal Democrats think Trump is terrible. They do, but the larger issue in their minds are the people who voted for him.

You see, they simply don’t know anyone like that.

Not knowing anything about this heretofore unheard of group, it made the most sense to cast them, as any social group is won’t to do with confronted with a group unlike itself, as the antithetical “other”.

Trump voters don’t think what they think in contrast to liberal Democrats; they do so independently, not in reaction to, and for reasons entirely their own. They have a moral hierarchy that is different from the average liberal Democrat; but seeing it as opposed implies a causal, and adversarial, relationship that simply does not exist.

For this reason, among others, Democrats are overplaying their hand. They are mistaking the echo chambers of their social media accounts for actual voter demographics.

No matter how you slice it, your social media feeds and your whole online social circle will resolve itself around you and your likes and dislikes. It’s a self-selecting process that involves you unfollowing, unliking, even unfriending, whatever you disagree with.

Something irritates you, you don’t want to see it again. You don’t. The end.

The United States isn’t anything like that. Disagree with someone? Too bad. Offended? Welcome to America. We’re all offended here.

People don’t just go away in real life if you find them objectionable in some way. Which is unfortunate, I realize. But what on earth can we do about it?

The ubiquitous elderly dear at the grocery store who pats an overweight woman’s belly, very kindly, and cluelessly asks when the baby’s due: A fine?

What about the co-worker who disparages your ideas in front of the whole conference room or the professor who embarrass you in class? Firing?

The woman who was unspeakably rude to you in line at the post office, the kid who yelled something unrepeatable when he drove past: Jail time?

The offenses never end in real life: But in your online life, they do.

If you want them to, that is. If you would rather these obnoxious and unwanted exchanges occur online, you can engage with someone willing to disagree with you and be as horrible as you can stand before you pull the plug on such a pointless exchange, 24-hours a day.

There is no question that the U.S. economy, in low-gear during the Obama years, has entered an upsurge. Andy Puzder: Trump’s economy has taken us from stagnation to boom — That’s a story that needs to be told.

Democrats are playing a dangerous game that will seriously undermine their chances in 2020 if they don’t start considering this fact, stop trying to push socialist strategies that many voters will see as an attempt to fix what isn’t broken. Trump divides Democrats with warning of creeping socialism

In the Heritage Foundation’s yearly publication of an economic freedom index, the U.S. moved from 18th to 12th this year. When the final numbers are crunched, 2018 will likely prove the first year with over a 3% GDP growth since 2005.

Socialism is a polarizing pipe dream; 3% GDP growth per year is a hard cold fact we can all be excited about.