Corporate Virtue-Signaling: The biggest advertiser in the world hoodwinks liberal-leaning consumers into fighting for a company they hate. 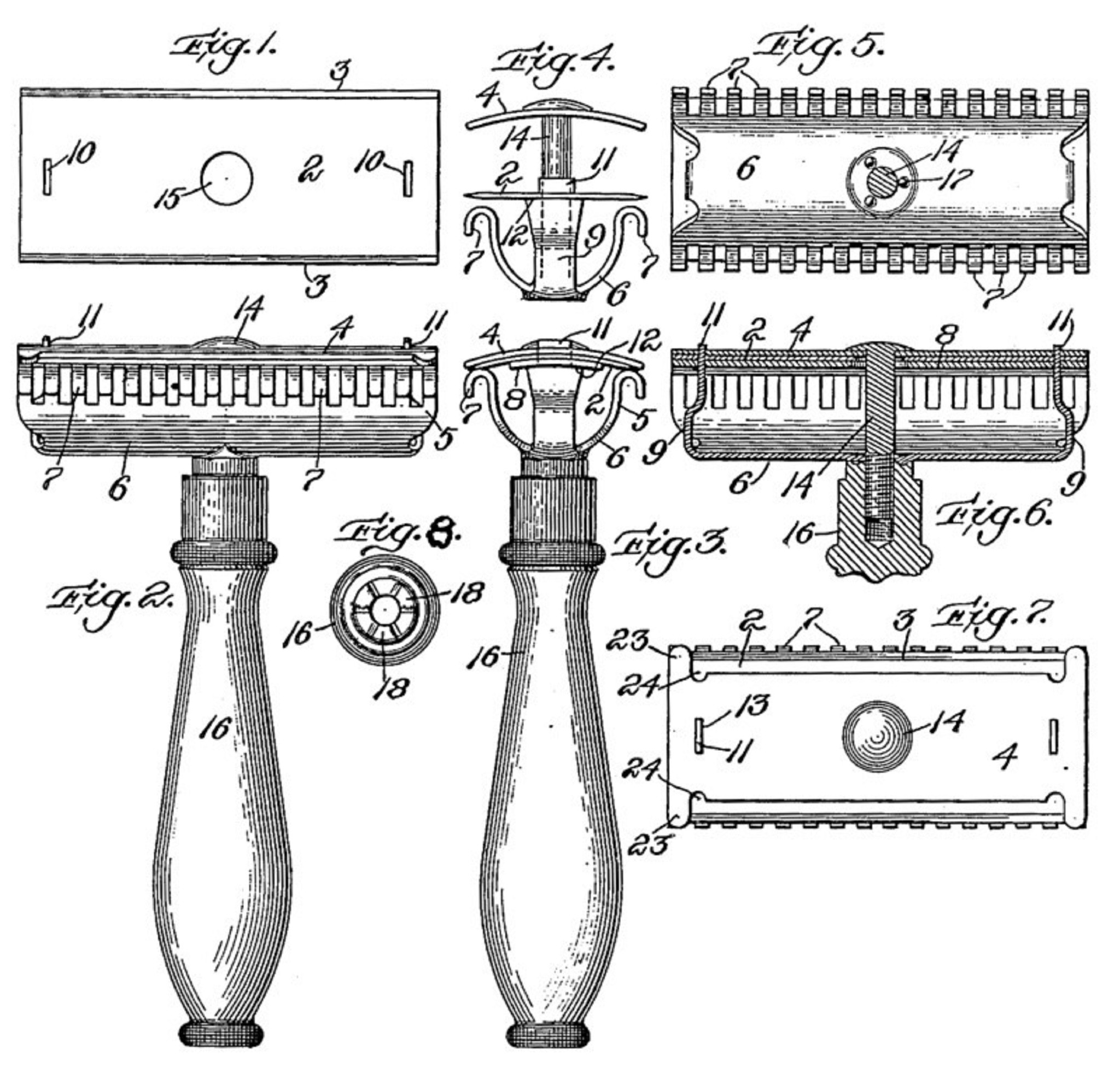 There is a war on; a World-Wide Ad War. A war for money. A war for market share in the new global marketplace. A war for hearts and minds and wallets. Well, mostly wallets.

As with any proper war, it is also a serious arms race.

Each side is constantly trying to come up with the newest, the boldest, the best, the most innovative new way to get their products into hands and homes the world over. Winner, takes all.

It’s harder than ever, of course. Or perhaps, only more complicated. More choices, fewer people watching commercials. Corporate Virtue-Signaling is only the latest in a game of one-upmanship that tricks consumers into buying products for all the wrong reasons.

Sexism, and anti-sexism, is only the beginning. 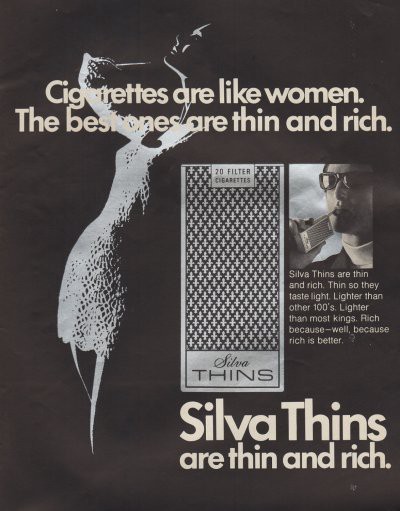 Appealing to people’s desire to fit in was a powerful missile when it was discovered; it’s still a tried and true method thoroughly canvassed by advertisers today. Low self-esteem is a weak spot advertisers still aim for, and from impressionable teens to the frail elderly, there is no low to which they will not aim to go.

“If we don’t do it, someone else will and they will do it worse.” Must get bandied about in ad rooms all the time.

Sex was a shocking and powerful new sales technique that entered advertising arsenals and never left, either. It doesn’t shock as much today, but in it’s heyday, a risqué, societal boundaries-pushing commercial got every bit as much press as the Gillette “Toxic Masculinity” ad is getting in 2019.

Marketing to Kids Sells and Sells

Marketing to kids, starting the early and often ad campaigns that groomed the cartoon-watching kids of the 80’s and 90’s to become the conspicuous consumers brimming with brand loyalty they are today, was also a radical leap forward in the advertising arms race.

Brilliantly colored and lovable cartoon characters are still trying to get your kids to eat food that isn’t good for them, buy things they don’t need to help them fit in and want things their parents can’t afford.

In 2019, the most powerful weapon in the arsenal of anyone with a virtually unlimited marketing budget and no conscience, is Corporate Virtue-Signaling.

If you are a Liberal Democrat, and you suddenly love Gillette after their controversial “Toxic Masculinity” ad aired this week, you have been bamboozled by an ad company.

And not just any old ad company, either; Procter & Gamble, which owns Gillette, is none other than the single biggest advertiser in the whole world. 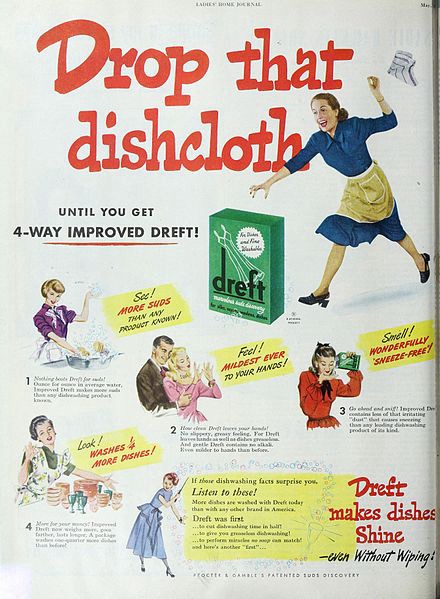 If you shared the “Toxic” commercial on your socials, congratulations: You’ve promoted, for free, a company that drives punishing levels of global consumerism, routinely decimates environments and exploits resources in emerging nations, and is perhaps the single biggest contributor to excessive packaging and single-use plastics in the history of mankind.

They even test on animals. 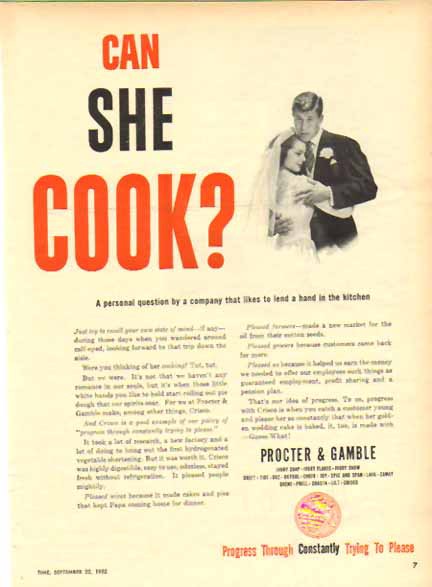 It’s not your fault; they are really, really good at this. They spend millions to know the weak spots of the average consumer.

What could possibly convince an average Liberal Democrat that such a company deserves their free publicity and their hard-earned dollars?

Behold the Awesome Power of a Good Commercial

If you grew up in America over the last few decades, you’ve seen advertisements take over nearly every aspect of American life, in a sort of mission creep that starts before we are even born, when companies like Target use micro-analytics to determine which of their shoppers is pregnant and use specific adverts accordingly.

Product placements everywhere is the new normal. Even products once controversial are free in 2019 to advertise in any way that seems right for their shareholders, even if it isn’t that great for the other 330 million people living in the U.S. Or, in fact, good for the other 7 billion people who also live on planet Earth, either.

In the 80’s and 90’s, not only were pharmaceutical companies not allowed to market on television, alcohol advertisements were banned as well.

Tobacco ads disappeared from the airwaves in 1970 after Congress passed the Public Health Cigarette Smoking Act, which banned tobacco ads on tv or radio. The last, a Virginia Slim commercial, aired at 11:59 p.m. on December 31, 1970.

When were tobacco companies going to stop pushing their product after it was made illegal but before the law took effect? Until the last possible moment.

Fighting Back Against Corporate Virtue-Signaling

Even though studies show that people are definitely aware of the influence of advertisements, even the conscious consumers aren’t immune to the ministrations and manipulations of a clever advertiser.

Question: “What is the ad trying to say about the company?”

In the Gillette case, the “Toxic Masculinity” ad is obviously intended to convey:

“Gillette is a company that cares about the overall health of society, and the world, and wants to play its part to help bring about lasting, positive change for the benefit of all, including future generations.”

Wow. That is so nice. Now, I wonder what we would find if we were to review a quick reel of the best commercials Gillette could get over the past few decades?

Let me rephrase: How many toxic male stereo-types would you find in Gillette commercials, until just this very moment, when tackling male stereotypes seems most likely to cause a $tir.

Gillette is now condemning the very tropes they have been cashing in on for decades.

Marketing is not advertising…Marketing is not even a combination of advertising and a whole bunch of other stuff added in, such as packaging, and promotions, and market research, and new-product development. Those are marketing tools.”

“Marketing is a strategic activity and a discipline focused on the endgame of getting more consumers to buy your product more often so that your company makes more money…That is what it’s all about, what it has always been about, and what it will always be about.” -Sergio Zyman, former chief marketing officer of the Coco-Cola company, 1999

Question: What is True About the Company?

Gillette is owned by multinational conglomerate powerhouse, Proctor & Gamble, a company not beloved by environmentalists the world over.

The Many Alleged Crimes of Proctor & Gamble:

Why hasn’t Procter & Gamble, and Gillette by default, signaled their corporate virtue by addressing one of the above?

Cleaning up their environmental act, or at least promising to do so within a reasonable timeframe, would send a strong message of corporate virtue, also. Environmental concerns are a powerful motivator in 2019.

Which is cheaper: Cleaning up decades environmentally unsound business practices or making a tv commercial?

Only You Can Stop Corporate Virtue-Signaling

You should absolutely vote with your dollars. For instance, when consumers began to demand more dairy products without growth-hormones, and buy those options when available, in spite of the increased price, more options started to appear.

If you don’t mind the above laundry list of environmental and social issues, by all means, buy P & G; hard to avoid buying it, honestly.

If you think Gillette makes a truly superior razor, unfortunately for emerging nations, lab animals, and the environment, and intend to recycle all that excessive packaging to assuage your conscience anyway, by all means, buy Gillette.

If, however, you are buying Gillette, praising Gillette, sharing that nonsense commercial because you think Gillette truly cares about toxic masculinity in America…don’t.