Women and girls are in deadly danger as the U.S. abandons Afghanistan to the Taliban and “the consequences are going to be unbelievably bad.” 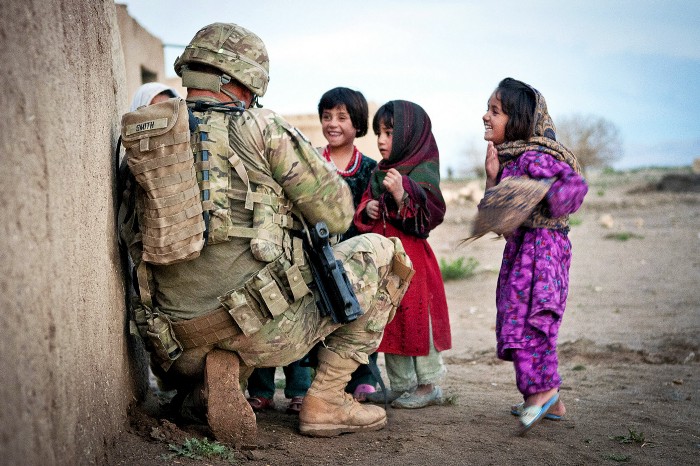 “One day I’ll smash this cage, its very solitude,” wrote the female Afghan poet, Nadia Anjuman, in her only published collection: “I’ll drink the wine of joy, sing the way a bird should in springtime.”

For the past 20 years, with the robust presence of U.S. military forces working closely alongside Afghanistan’s own national security and military to pry the country from the grip of Taliban religious fundamentalists, many of the women and girls of Afghanistan have indeed been singing- smashing the cages of second-class citizenship and soaring into the future.

For two decades now, women and girls have been educated in Afghanistan. Since the Taliban fell in 2001, female literacy has more than doubled.

28% of Afghanistan’s legislative body is currently comprised of women; as is 21% of the labor force. One-third of university students in Afghanistan are now women, and over 3.5 million Afghan girls are attending school.

For the first time, over 6,000 Afghan women serve in the national security forces, they work in intelligence, and some as community leaders reintegrating Taliban militants back into peaceful society.

Afghan women work as journalists, teachers, nurses; they are entering into STEM disciplines at incredible rates.

With women participating in the workforce, the Afghanistan economy has quadrupled in the years since the Taliban fell. A great deal of untapped wealth potential still remains.

Out from under the tyrannical thumb of the Taliban, Afghanistan is a place of poetry, of breathtaking natural beauty and friendly people. With the help of the nation’s women, there is no limit to what the country might accomplish over the next decades.

Without it, Afghanistan will again be like a bird with one wing. No country on earth can be ultimately successful with one-half of its workforce hamstrung by oppression and lack of education.

It may seem strange that it should be George W. Bush, the President who first launched the U.S. military effort in Afghanistan in 2001, who is now sounding the alarm, as so many others have done, about what is likely to happen to the women and girls of Afghanistan if the country falls back under Taliban rule.

The women and girls of Afghanistan are indeed, as Bush contends, likely to “suffer unspeakable harm” once in the grip of the Taliban.

“It seems like they’re just going to be left behind to be slaughtered by these very brutal people,” Bush said. “And it breaks my heart.”

The Biden Administration has acknowledged the “deteriorating security situation” in Afghanistan in the wake of U.S. troop withdrawal. Whether the Taliban’s claims to have already retaken 85% of the country will be enough to cause President Biden to reevaluate his decision remains to be seen.

“The likelihood that there’s going to be a Taliban overrunning everything and owning the whole country is highly unlikely,” Biden said in a speech Thursday, although that doesn’t appear to be the case.

“A lot of gains have been made,” Bush told the Today Show. “And so I’m deeply concerned about the plight of women and girls in that country.”

Sadly, what the poet Nadia Anjuma would say of the current situation, we’ll never know. She was murdered in 2005 at the age of 25 by her husband, who did not approve of her literary ambitions.

In her immortal work, Daughter of Afghanistan, we catch a glimmer of the hope she once held, perhaps shared by other righteous daughters of Afghanistan.

When the advancement of the Taliban dims that hope for women and girls- perhaps forever- will the world stand by and watch?

“I’ve no desire to open my mouth. What will I recite?

I who will remain despised by my age, whether or not I recite

How will I sing of honey? It’s turned to poison on my tongue —

curses upon the fist of the tyrant who crushed my mouth

Bless this world with no one to share my grief

whether I weep or laugh, whether I live or die

I and this prison: my longing cornered to nothing.

I was borne of futility, born only to be silenced.

Heart! I know Spring has passed, and its joy too

but how could I fly with these ripped-off wings?

Though silent all this time, I’ve listened closely:

my heart still whispers her songs, births new ones for her every moment

One day I’ll smash this cage, its very solitude

I’ll drink the wine of joy, sing the way a bird should in springtime.

Though a delicate-limbed tree, I won’t shudder with every breeze

I am a daughter of Afghan — I’ll sound my faghan, weave it to eternity.”