GDP Booms At 33.1% Rate In Q3, Remains Below Pre-Pandemic Levels

There is hope for a “V” shaped recovery. Will it be enough to save Trump? 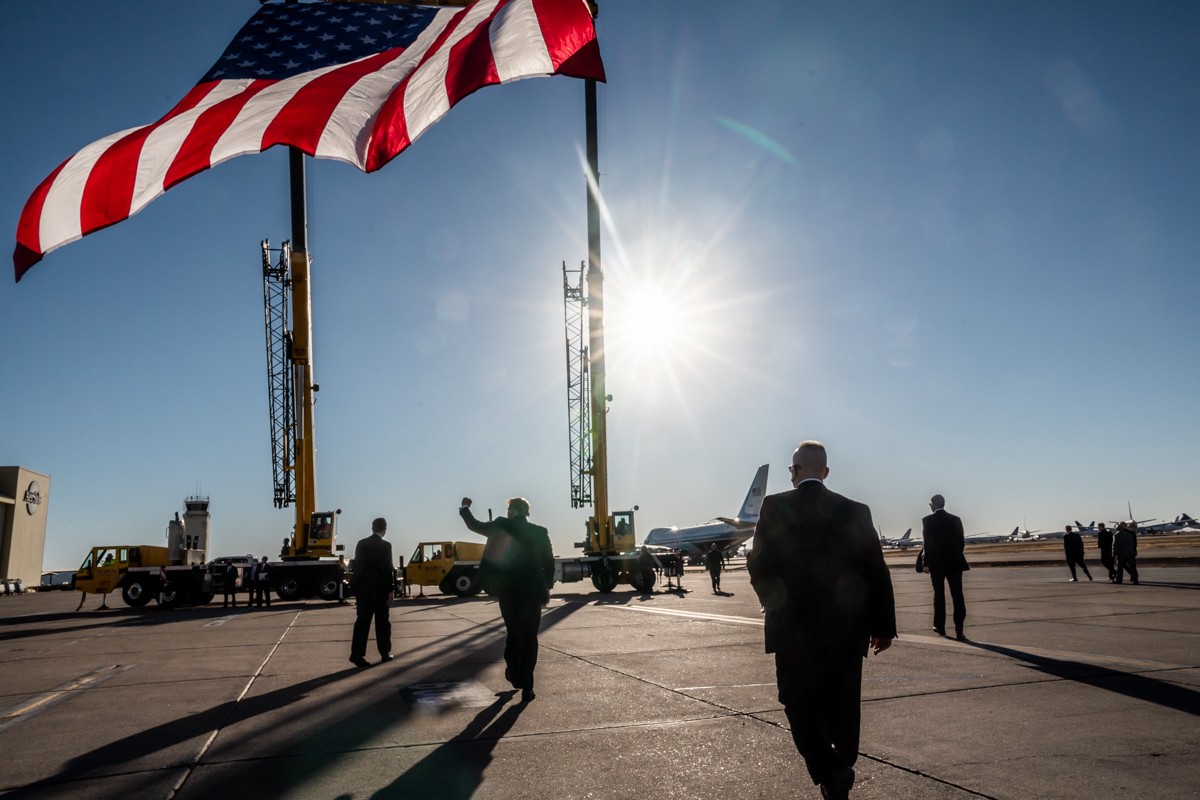 Though every statement President Donald Trump makes about a “V-shaped recovery” is met with a chorus of skepticism from opposition reporters, positive economic and market signals are indeed pointing in that direction.

Data released on Thursday by the Commerce Department shows the U.S. economy’s Gross Domestic Product (GDP), the measure of goods and services produced across all domestic economic sectors, grew at a record 33.1 percent annualized rate in the third quarter according to the “advance” estimate released by the Bureau of Economic Analysis. This percentage, which measures the pace of the economic growth if it had spanned a 12-month period, is a faster rate of expansion than economists had predicted.

On a non-annualized basis, the economy grew by 7.4 percent in the third quarter, compared with a 9 percent decline in the second quarter. The quick recovery of losses due to the onset of the coronavirus pandemic came after the economy suffered the sharpest decline in modern American history, with an annual revised rate of 31.4% contraction. The economy still remains 3.5% smaller than at the end of 2019.

The economic contraction in the 2nd quarter can be attributed to lockdown orders and stay-at-home measures. The third quarter rebound developed as businesses began opening up across the country. Though unemployment remains high at 7.9 percent, the advanced figure for initial jobless claims was 751,000, a decrease by 40,000, the lowest level since massive layoffs due to shutdowns in March, the Labor Department said Thursday.

However, the most recent figure is still significantly higher than the average prior to the coronavirus outbreak. To recover the entire economic loss in the first and second quarters, Ian Shepherdson, the chief economist at Pantheon Economics, said that GDP would have needed to rise by 45.7 percent.

Approximately 50 percent of the 22 million jobs that disappeared in March and April have been recovered as of September. The United States also added 3.8 million jobs between July and September and saw a narrowed U.S. trade deficit in goods, as exporters began to send more products abroad.

President Donald Trump took to Twitter to celebrate the GDP growth, writing “Next year will be FANTASTIC!!!”

“GDP number just announced,” the president wrote. “Biggest and Best in the History of our Country, and not even close. Next year will be FANTASTIC!!! However, Sleepy Joe Biden and his proposed record setting tax increase, would kill it all. So glad this great GDP number came out before November 3rd.”

Democratic presidential nominee Joe Biden dismissed the economy’s GDP growth as not enough to get the country out of a ‘deep hole.’

“This report underscores three inescapable truths about Donald Trump’s economy: we are in a deep hole and President Trump’s failure to act has meant that Q3 growth wasn’t nearly enough to get us out of; the recovery is slowing if not stalling; and the recovery that is happening is helping those at the top, but leaving tens of millions of working families and small businesses behind,” Biden said in a statement.

In contrast, President Trump’s campaign released a statement, saying “this record economic growth is absolute validation of President Trump’s policies which create jobs and opportunities for Americans in every corner of the country.”

“The President built the world’s best economy once and he’s rapidly doing it again, proving that cutting taxes and reducing regulations and red tape clear the way for American ingenuity and our entrepreneurial spirit to thrive,” the statement read. “We have regained more than half of the jobs lost to the global pandemic in less than six months, while it took more than two years to regain half of job losses from a recession while Joe Biden was in charge.”

“President Trump will continue to safely reopen the country, while Biden is the candidate of lockdowns, inviting another economic shutdown which would devastate working people and cause even more health problems above and beyond what the coronavirus has caused,” the campaign added.

Polls consistently reflect that most voters trust Trump over Biden to handle the economy. Though some creative revisionists in the press are trying to retroactively spin the Obama/Biden administration years into prosperous ones, most economic authorities admit, though grudgingly, that Trump’s economy really was better than Obama’s.

Will the improving economic outlook be enough to push Donald Trump to victory on Election Day? The polls, of course, say no.

However, polls, as we know, can’t always be trusted.