From Russia, With Love

Over the strenuous objections of NATO, the United States and European Union, Turkey takes delivery of an advanced Russian missile system. 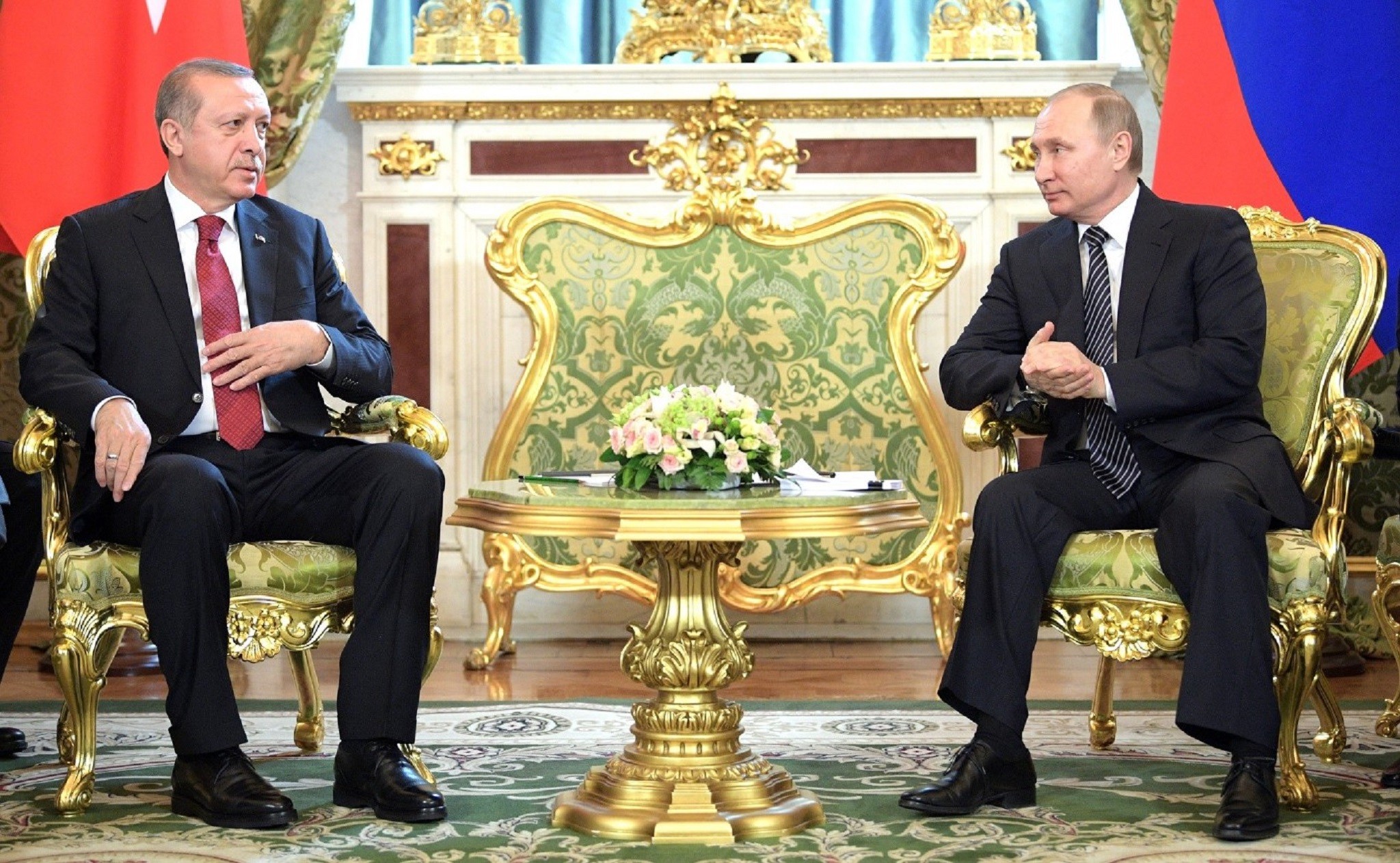 When then-Presidential candidate and moderate Republican Mitt Romney was asked during a 2012 debate what he considered would be America’s number one geopolitical threat over the next decade, he answered Russia.

Everyone made fun of him.

President Barack Obama, who was running for reelection against a challenge from Romney at the time, lead the chorus of derisive laughter. After Romney’s surprising answer, Obama famously quipped back, “The 80’s are calling, they want their foreign policy back.”

Democratic-leaning pundits and fans of the incumbent President, of which there were many, soon joined the chorus. Romney’s grasp of foreign policy was a running joke; Romney himself, the punchline.

Fast forward a scant few years later, and Russia has emerged, just as Romney predicted, as the number one geopolitical foe facing the U.S. and American interests abroad.

In spite of early indications that the two leaders liked each other and might work well together to deepen ties between the two world powers, Russia President Vladimir Putin and U.S. President Donald Trump have not been able to develop a serious rapport.

That the leaders seem to have kept each other at arms length is perhaps due to allegations Trump colluded with Russia in 2016 to interfere with the U.S. election.

Far from the cozy relationship Russian interference in 2016’s election in favor of Donald Trump might suggest, relations between the U.S. and Russia are the worst they’ve been since the Cold War.

No where is the divergence of American and Russian interests more directly on display currently that they are in Turkey.

Over the past years, Turkey, under the leadership of Turkish President Recep Tayyip Erdogan, has become increasingly distant from its allies in the West.

And closer than ever to its allies in the East. Under the leadership of Erdogan, Turkey has continued to slide inexorably towards Russia.

As Erdogan’s anti-American and anti-European rhetoric has heated up, it has mostly stayed within Turkish borders. Until now, the trend was largely seen as an inconvenient but not permanent non-issue. Turkey had continued to be a cooperative trade partner, and had even cooperated with European powers to stem the large groups of immigrants who were passing through Turkey unchallenged to seek asylum in Europe.

However, relations between Turkey and the U.S. were strained by the recent murder of outspoken Saudi Arabian journalist and U.S. resident Jamal Khashoggi inside the Saudi Arabian embassy in Turkey. Erdogan told reporters after the G20 Summit in June that investigations into the matter had not been concluded to the satisfaction of Turkish authorities.

Putting the blame for the killing on Saudi Arabian Crown Prince Mohammed bin Salmaan, Erdogan all but accused the international community of accepting a bribe in lieu of justice for the journalist’s brutal murder.

While Saudi Arabia has long since held trials and executions for the men accused of carrying out the murder and dismemberment, which is largely believed to have been a rendition gone wrong, holding the the Saudi government responsible is significantly more problematic.

Holding, in this case, a member of the Saudi Royal family and heir apparent to the throne responsible for the murder of Khashoggi is all but impossible for the U.S. and NATO.

The power the U.S. government and international authorities have over the head of a sovereign nation are somewhat limited. The matter is further complicated by Saudi Arabia’s vital role in containing Iran and maintaining security in the region.

Now the U.S. and NATO face another delicate diplomatic situation, only this time it is situation that compromises NATO security and tips the balance of power towards Russia.

Erdogan's recent decision to accept Russian S-400 missile defense systems against the expressed wishes of the U.S. and NATO indicated that anti-Westernism has become far more than a mere inconvenience.

That Erdogan has taken this step in spite of the repeated warnings of experts and officials that the Russian S-400 would compromise NATO defenses and allow the Russian government access to technical information about European and U.S. military aircraft, is especially troubling.

By ignoring the other missile defense system alternatives suggested by NATO and its allies, Erdogan has made his position on the future of Turkey’s relationship to Western powers only too clear.

Is Turkey still to be considered an ally?

There is no rule about rejecting a member from NATO. But the presence of NATO military bases in Turkey, some of them armed with nuclear weapons, is beginning to make the hawkish in Western governments very nervous indeed.

U.S. President Donald Trump, who has referred to himself repeatedly as the ‘Tariff Man” will likely choose to employ the same strategies he is currently using against Iran and China, though these strategies are slow to yield results.

Trump has already indicated that, in light of their purchase of the Russian missile defense system against the wishes of Turkish allies in NATO, Turkey will not be receiving delivery of U.S. F-35 fighter jets.

The EU has responded by cutting financial aid and suspending all high-level contacts.

If Turkey cannot be brought back into the fold, the EU, the U.S., NATO and it’s allies have lost a strategically important ally. That they have lost this ally due to willful blindness at the direction in which Turkey has long been heading under Erdogan, is worth noting.

Indications have been mounting for years that Turkey is in danger of abandoning NATO and the West for its Eastern allies. World leaders must take swift and decisive action before it is too late.

As Turkey slips ever further from the influence of the U.S. and the E.U. and as Turkish President Erdogan slides toward Russia, it might be time to listen to Mitt Romney and take the Russian geopolitical threat more seriously.