French Intellectuals: “France is under threat from out-of-control leftism.” 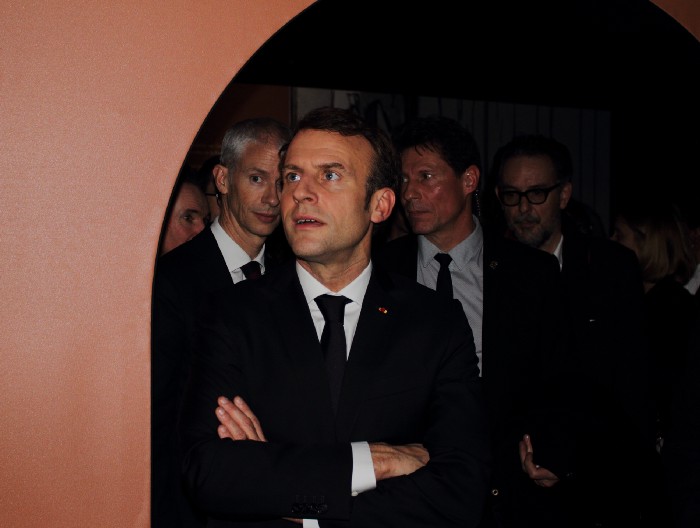 Politicians, journalists, and intellectuals in France are concerned that “out-of-control leftism and cancel culture’’ from the United States is a threat to France.

Those who argue against the “woke” social science theories insist that American ideas regarding race, gender and post-colonialism undermine French society and attack France’s heritage.

“With its echoes of the American culture wars, the battle began inside French universities but is being played out increasingly in the media. Politicians have been weighing in more and more, especially following a turbulent year during which a series of events called into question tenets of French society,” the NYTimes reported. “Some saw the reach of American identity politics and social science theories. Some center-right lawmakers pressed for a parliamentary investigation into “ideological excesses’’ at universities and singled out “guilty’’ scholars on Twitter.”

The Times mentioned a speech French President Emmanuel Macron delivered in October on the “Fight against Separatism”, in which he warned about “certain social science theories entirely imported from the United States.”

“Many of these topics in which France used to excel academically have been undermined and we have abandoned them,” Macron said in his speech. “And in so doing, we have left the intellectual debate to others, to those outside of the Republic by ideologizing it, sometimes yielding to other academic traditions…And when I see certain social science theories entirely imported from the United States, with their problems, which I respect and which exist, but which are just added to ours, I say to myself that it is reasonable to make this choice. And so we must, very clearly, re-invest, on a massive scale, in the field of social sciences, history, understanding of civilizations by creating posts, by stepping up dialogue, academic and scientific debate in order not to allow the knowledge, the understanding of Islam as a religion, of the civilization it underpins and its contribution to our country and our continent to become ideological and exclusively political debates.”

Macron’s education minister Jean-Michel Blanquer also warned in October that, “there is a fight to be waged against an intellectual matrix coming from American universities.”

“No one has the right to cowardice anymore,” Blanquer said, according to a DailyWire report. “There is a fight to be waged against an intellectual matrix coming from American universities and intersectional theses, which want to essentialize communities and identities, at the antipodes of our republican model which, for its part, postulates equality between human beings, independently of their characteristics of origin, sex, religion. It is the breeding ground for a fragmentation of our society and a vision of the world which converges with the interests of the Islamists.”

“This reality has plagued a significant part of the French social sciences in particular, I challenge anyone to tell me the opposite,” he continued. “Some do it consciously, others are useful idiots for this cause. But I don’t, I never meant to say that all the universities and their presidents were accomplices: they are mostly its victims. This can also be seen in the media world, where a man like Edwy Plenel methodically deploys a strategy of conquering minds whose spring is collective self-hatred.”

Macron recently criticized U.S. corporate media outlets for “legitimizing” violence against France after the country was hit by multiple Islamist terrorist attacks in the fall. The attacks began with the beheading of a French teacher, Samuel Paty, after he showed his class cartoons of the Prophet Muhammad during a discussion on the Charlie Hebdo terrorist attack five years ago.

“When France was attacked five years ago, every nation in the world supported us,” President Macron said. “So when I see, in that context, several newspapers which I believe are from countries that share our values — journalists who write in a country that is the heir to the Enlightenment and the French Revolution — when I see them legitimizing this violence, and saying that the heart of the problem is that France is racist and Islamophobic, then I say the founding principles have been lost.”

France has often struggled in the past years with threats to its strong secularism. Five years ago, France was the victim of the Charlie Hebdo attacks, in which twelve people were killed by an extremist angry with the newspaper for publishing cartoons of the Muslim Prophet Mohammed. Depicting the prophet is forbidden by practitioners of the Muslim faith, and under Islamic law, is punishable by death.

France has no such laws restricting speech under pain of death, however, and, like many countries, it doesn’t recognize religious laws against spiritual transgressions, like blasphemy and adultery.

French elected officials, like the French people they represent, have long been fiercely protective of French culture, including its staunch principle of secularism. France even has an official department dedicated to maintaining the quality of the French language. The office prevents words like “email” from creeping into the French vocabulary. The French word for email is “courriel”.

The office of French President Emmanuel Macron, who is often seen as something of a hero in progressive circles, also recently refused outright to apologize for the French colonization of Algeria. France was the ruling power in Algeria for 132 years until 1962 when a brutal war ended the occupation.

“There will be no repentance, there will be no apologizes,” said a spokesperson from Macron’s office. Instead, Macron intends to take other measures to address the issue, including setting up a “truth and memory” commission to teach French school children about the colonization, its aftermath and the shared history between France and Algeria.

In our increasingly globalized society however, especially as it pertains to online social networks, it is hard to see what President Macron, or indeed anyone, can do about cancel culture.

Cancel culture may have originated in the U.S. but the phenomenon has long since gone viral. Summoning the social media mob is but a click away, and when you’re a righteous hammer, everything starts to look like a guilty nail.