Cops are criminal justice reform advocates have the same goal: Public safety. The only way we get there is together. 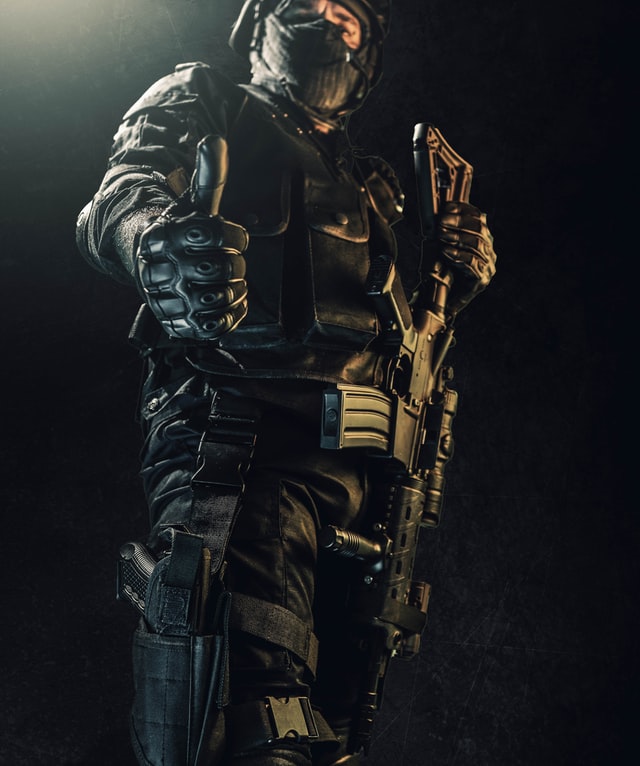 Photo by HIZIR KAYA on Unsplash

As some of America’s most recent wars have drawn down over the past two decades, a wave of surplus military-grade equipment has reached U.S. shores.

That U.S. local and state law enforcement agencies should inherit all these perfectly good, barely-used war machines may have seemed perfectly reasonable at the time. After all, who on earth else was the U.S. military going to give them to?

Long before George Floyd, before Black Lives Matter; before Donald Trump and defund the police, people had started to notice their friendly local policeman was starting look more and more like an avatar from Call Of Duty.

When no less authority than the Wall Street Journal called it “The Rise of the Warrior Cop” in 2013, it looked like a demilitarization of the police was imminent.

Then, as so many zeitgeists do, the novelty wore off, the sentiment faded, and local police forces throughout the country continued to amass a stockpile of high-powered weaponry and surplus equipment apace.

The result has been a patchwork of tanks at Friday night high school football games- as a showing of a strong “police presence,”- and cops who look more like special forces soldiers dropped into a military hot zone via Black Hawk helicopter than low-paid city employees tasked with serving and protecting the community- mostly from itself.

Is there a person under there?

When the police are called, it is usually because of someone experiencing a drug crisis, or a family facing domestic violence; it’s an alcohol-fueled bar fight or a traffic accident or a robbery.

The outcome for none of those scenarios is improved by officers in full combat gear descending with automatic weapons and an armored vehicle.

Some of those issues- persistent, widespread social problems like drug addiction, homelessness, and mental illness- police officers would very much prefer not to deal with.

“Defund the police” activists have a fair point; if the U.S. improved social services aimed at those three problems in particular- plus the school-to-prison pipeline- in urban neighborhoods struggling with poverty and poor rural areas, there would be fewer drug overdoses, fewer robberies, fewer shootings, fewer mentally ill people on the streets who are likely to harm others or themselves, fewer people experiencing homelessness.

Not only would the average police officer prefer not to deal repeatedly with the same perpetrators of domestic violence and sufferers of drug overdoses, they aren’t trained or staffed for the kind of long-term social services, intervention and counseling required in 9 out of 10 cases.

It’s as heartbreaking for cops as it is for anyone else that there aren’t more social workers, advocates and agencies to help people who need it. Think cops don’t care about homeless people? Might want to remember how many homeless children there are in America. Or how many suffer in abusive home situations barely improved by state care.

Police officers care more than most people about these problems; unlike the rest of us, they see the real-world sufferers of addiction, crisis and mental illness all the time.

Police departments tied-up pursing repeat-offenders in need of treatment and intervention, with the added burden of traffic stops, are a complete misuse of valuable resources. Plus, sticking police officers with these issues is creating more unsafe situations for everyone.

Because of the prevalence of surveillance cameras, body cams, and cell phones, there are more “training videos” than ever before of police officers shot point-blank during traffic stops, police officers ambushed on domestic violence calls, police officers gunned down in the street. Cadets and new cops are shown these examples as cautionary tales.

As a result, police officers increasingly enter into interactions with the public with the expectation that they might meet violent resistance, or ambush; serving and protecting the community takes a backseat to a potential fight for survival which could break out at any moment.

Yes, everyone is armed in America- especially after the 2020 “Summer of Love” more aptly titled the “Summer of Guns”. Yes, police officers are tragically sometimes killed in the line of duty.

However, “defund the police” advocates are getting one thing dead to rights and should get their due.

Police officers aren’t in as much danger from the public as they think they are and a few simple changes would make officers a great deal safer. These changes would also make criminal justice reform advocates, if not defund the police advocators, very happy.

An end to no-knock warrants would be a good place to start. They are dangerous for officers, suspects and bystanders. They are also unnecessary. Technology has made it so that surveilling and arresting a suspect does not require officers break down a door in the middle of the night, i.e. fewer reasons for full tactical gear and military-style deployment.

Traffic tickets should be mailed and enforced by traffic cam. Technology has made this a far more effective strategy. Uniformed cops conducting traffic stops are not prepared to enforce outstanding warrants and randomly catch dangerous, armed criminals, and they shouldn’t have to.

Uniformed beat cops are usually the most inexperienced officers on the force. The burden of arresting bail-jumping suspects wanted on outstanding weapons and assault charges should not be falling to traffic cops. In that scenario, of course everyone likely to be injured or killed.

Instead of clashing about things police officers and criminal justice reform advocates will never, ever agree on- like defunding the police or ending qualified immunity- much could be accomplished by working together.

Defunding the police was never going to happen. Which is good, because it wouldn’t have worked. Demilitarizing the police, however, is a dream that could actually come true.