For Whom the Election Day Bell Tolls

Boris Johnson’s victory says it tolls for U.S. Democrats who think Trump’s personality is what will matter most at the ballot box in November. 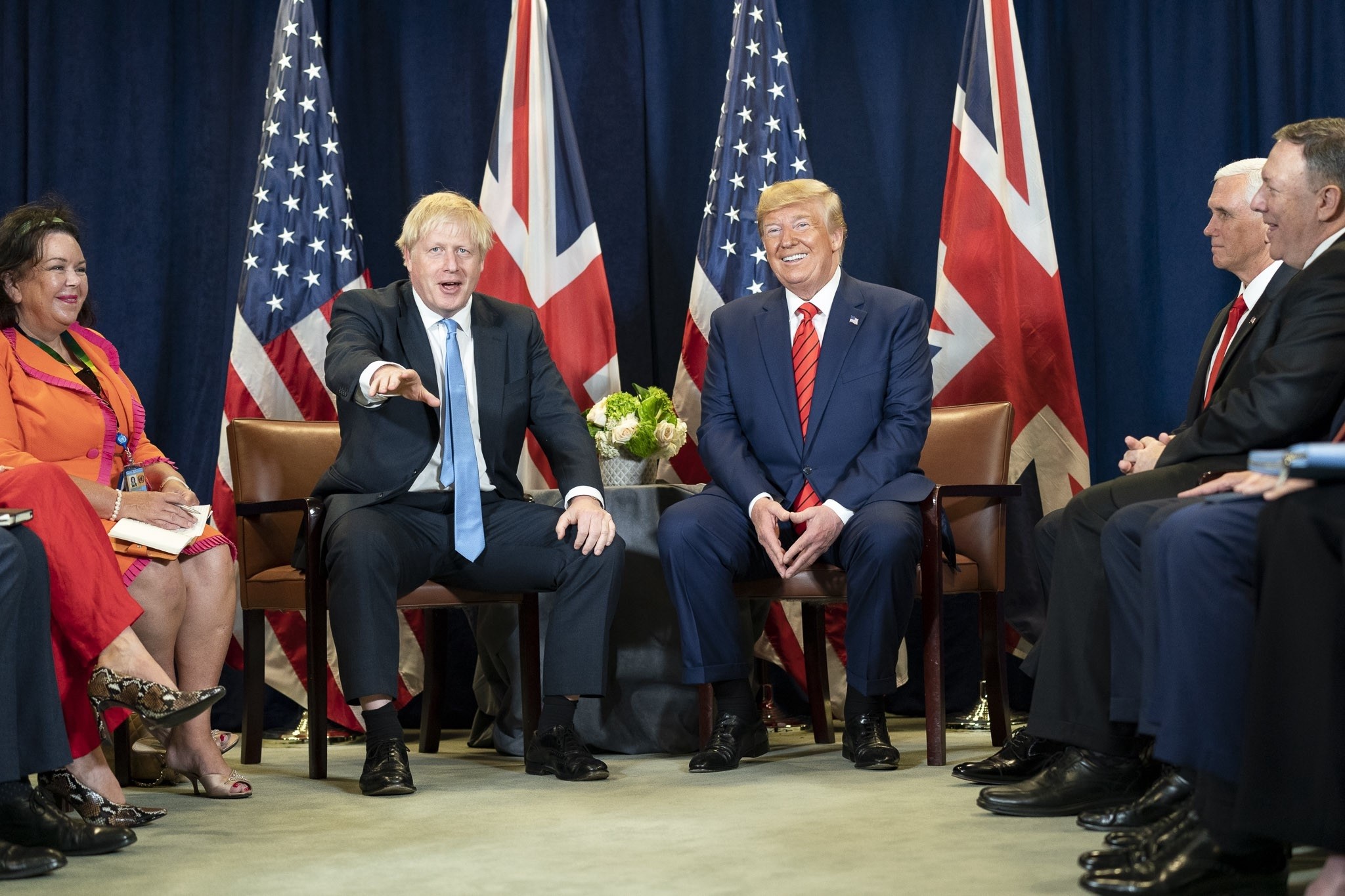 It Tolls for Thee

Democrats are nothing if not a stubborn bunch.

They may not always have the best of ideas, they may not have the best logistical plan of attack, but they always seem to be possessed of an unshakable righteousness that is often as awe-inspiring as it is irritating.

This is a trait shared across the pond, as luck would have it, by liberal progressives in the British Labour Party. From Boris Johnson’s recent and crushing electoral and ideological defeat of British progressives, U.S. Democrats have an opportunity to learn an important lesson.

If they care to.

The British Labour Party certainly didn’t care to after Brexit. Even when the dust settled on national polls that universally- and universally wrongly- predicted Britons would vote to remain in the European Union.

Rather than examine the nuance of divergent idealogical attitudes between the working class and society’s cultural elites; between urban and rural, between the constantly vying social forces of progressivism and conservatism that have shaped human civilizations since the beginning of time; British liberals spent the next three years belittling their fellows for voting for Brexit.

With this double-down strategy in mind, the Labour Party thought, wrongly, and bet, hugely, that the personal dislikability of Tory leader Boris Johnson would be enough to defeat him at the polls in 2019.

It wasn’t like Labour didn’t do enough to paint Boris Johnson in the press as a cartoonish, buffoonish clown and absolute joke of a politician; also a raving lunatic and a pawn of Vladimir Putin. Never-mind that Johnson can recite the Iliad from memory and recently made the President of Iran actually laugh out loud at one of his jokes- about the weather.

And Iranian President Hassan Rouhani is not a big laugher.

But having thoroughly painted him as the worst caricature of a conservative, branded him a racist, xenophobe and demagogue, the British Labour Party waited. Surely the Brexit vote of three years ago, by a thin margin, had been nothing more than a fluke. Surely all the work the British liberal press had done dragging Boris Johnson- and his hair- would be enough.

Surely the pie-in-the-sky promises of Labour Party’s Jeremy Corbin- like free internet for everyone, free this, free that, would be enough.

Instead, the clownish, buffoonish, Iliad-quoting jokester and his Tories absolutely crushed the Labour Party, winning the votes of wide swaths of working class regions that hadn’t voted against Labour in 100 years.

This crushing ideological defeat was met with much wailing and gnashing of teeth from the British left, the usual threats to leave the country, and another avalanche of name-calling against their fellow citizens.

But along with them, a few voices of reason on the progressive liberal left were willing to take a hard, unflinching look at what went wrong. “Clearly,” one such liberal media commenter lamented, tongue clearly in cheek, “we didn’t call them racists enough.”

Identity politics and class warfare, at titillating as progressives find them, do not win elections. Everyday, average people- especially in the working class- are far more concerned about getting and keeping a job, keeping the lights on, keeping a roof over their head and affordable healthcare than an online kerfuffle over personal pronouns and Halloween costumes.

Working people care more about the size of their paychecks and the rise in their 401Ks than whether President Donald Trump was mean to Chrissy Teagen on Twitter.

If you think that’s deplorable, you’ve never had your electricity cut off for non-payment.

It isn’t that the working class is incapable or too stupid to have an appreciation for such fine things as universal healthcare, universal childcare, free college for everyone and the Green New Deal. It isn’t a lack of desire for these things, or a deficiency of character.

It is a complete lack of faith in any politician, political party, or government entity to execute such ambitious strategies without messing things up for everyone.

Democrats: “Give the government complete control over your healthcare”. Also Democrats: “The government is shutting down indefinitely because we couldn’t reach a congressional agreement.”

We can all agree universal healthcare would be helpful to those without adequate health care, would be a benefit for society, while disagreeing about how to best go about it, or who should be in charge of it.

At least we used to be able to disagree about such things. There was even once room in America for those who don’t think the federal government has any business meddling in any one of those areas.

Now, even on the left there are an increasing number of those- Sarah Silverman, J.K. Rowling, Susan Sarandon, just to name a few- who have been cancelled by progressive liberals for dissenting thought.

U.S. Democrats are also allowing the ultimate kiss of death to poison the Democratic Party. Something that destroys everything it touches and is usually a precursor to yet more destruction.

Anti-semitism is becoming more virulent on the left all the time, with party leadership unable or unwilling to do anything about it. Democrats in leadership may still be in denial about the rise in anti-Semitism on the left as it often masquerades in the guise of support for Palestine.

If American Democrats are willing to do what the British Labour Party wasn’t- that is stop making excuses, name-calling, blaming Russia, tolerating anti-Semitism, raging at Donald Trump and get to the bottom of the real reasons Trump sits in the Oval Office- there might be time to salvage the next election.