An “America First” strategy is the right fit for trade negotiations with China. 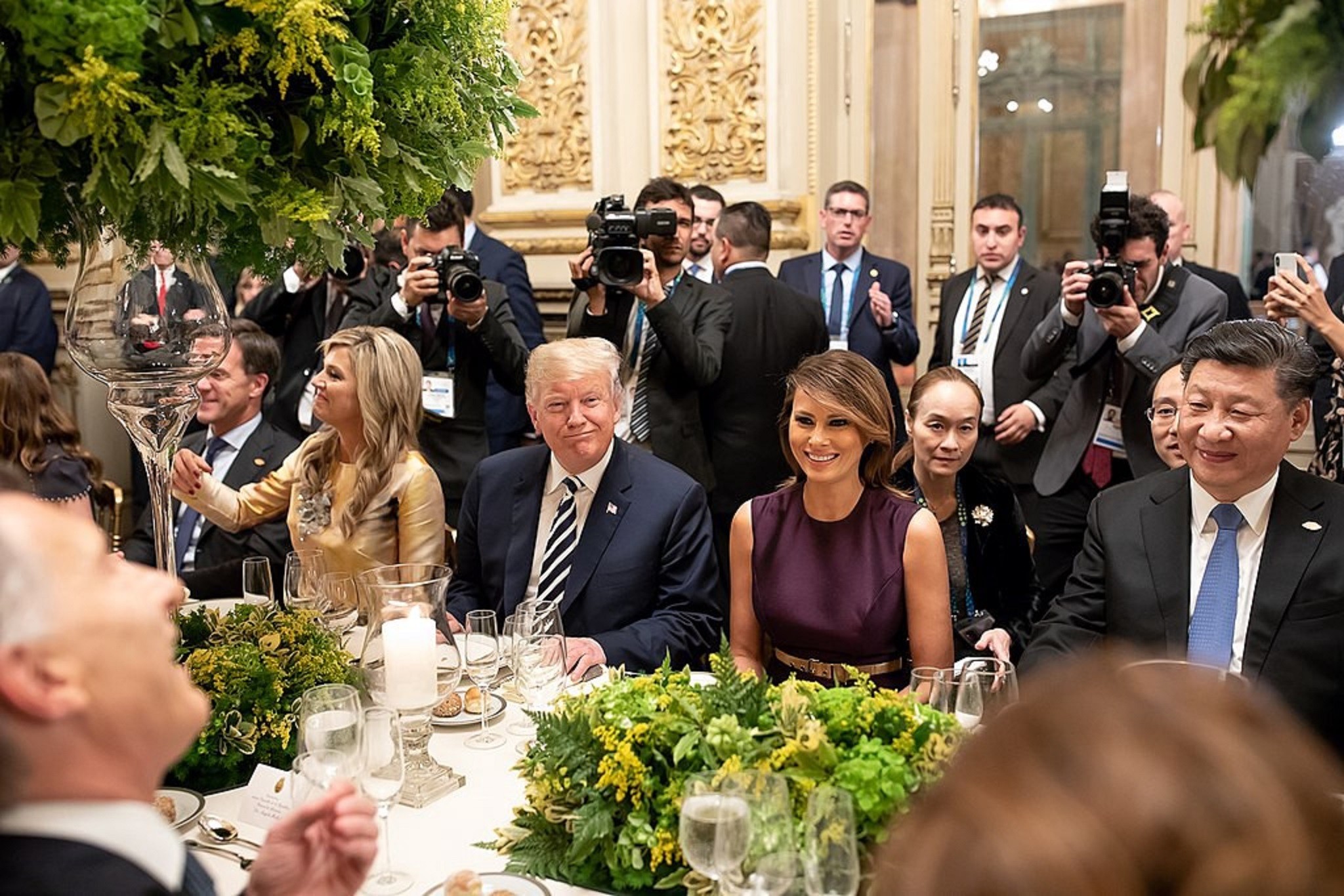 President Emmanuel Macron rebuked U.S. President Donald Trump in November for his stance of putting the interests of Americans above demonstrating moral values.

“Patriotism is the exact opposite of nationalism. Nationalism is a betrayal of patriotism. By saying our interests first, who cares about the others, we erase what a nation holds dearest, what gives it life, what makes it great and what is essential: it's moral values.” -President Emmanuel Macron

Marcon is currently in the grips of his own crisis, a violent backlash against proposed diesel fuel tax increases aimed at making France more environmentally friendly, perhaps because he missed an important point in his strictures against Trump.

Putting the needs of a country’s citizenry first is a moral values system, too. What is more, it is inherent in any theory of international relations that a nation will naturally put its own needs first.

It is one that China understands very well.

The Trump administration is doubling down on this particular values system, encouraging other European countries to confront a profound and in-voluble truth:

The United Nations and the European Union, though their goals are noble and symbolically necessary, are not capable of seeing to the economic, social and cultural needs of every person in every country they represent. Each country, and indeed, each state it is comprised of, each township or county, each town, each city, must do so. And indeed are the only entities capable of doing so effectively.

U.S. Secretary of State Mike Pompeo, in a recent speech to Europe’s leadership, was highly critical of multilateral institutions like the UN and EU, branding them ineffective institutions that have never worked as intended. He urged reform, using China and Russia as particular examples of countries using their national will to dominate more liberal nations.

For its part, Beijing has tried to recruit Europe, South Korea and other countries as allies against Trump, with no success. Other countries are critical of Trump’s tactics, but they share his complaints about Chinese infringement on patents and intellectual property rights. For the most part, though they may say differently in public, other nations seem to be willing to let Trump do their dirty work.

In the high-stakes world of international trade, unpredictability has teeth.

“President Xi and I want this deal to happen, and it probably will. But if not remember, I am a Tariff Man. When people or countries come in to raid the great wealth of our Nation, I want them to pay for the privilege of doing so”

“We are either going to have a REAL DEAL with China, or no deal at all — at which point we will be charging major Tariffs against Chinese product being shipped into the United States. Ultimately, I believe, we will be making a deal — either now or into the future. China does not want Tariffs!” -President Trump on Twitter

President Trump’s apparent volatility, even his reputation as the unfiltered twitterer-in-chief who won’t be reigned in by public relations handlers, gives him a distinct advantage over his more stolid counterparts and predecessors in terms of negotiation. They, for the most part, could always be counted upon to speak and act in predictable ways that conform to societal norms, reflect a desire for favorable approval ratings and carry certain expected level of decorum.

They could be counted on to speak in such a way that obfuscates and waters-down potentially contentious proclamations until they are acceptable by almost any polite standard, if completely devoid of meaning. That way they can be changed with a minimum of backpedaling.

If his remarks don’t read well to members of the press, or compare favorably with those measured, polished and occasional communications of previous administrations, that is not surprising; Trump’s remarks aren’t intended for that audience.

They are for China. And China is listening.

Trump says the kinds of things you might expect to hear from a tough-talking CEO in a movie, sitting at a giant mahogany desk across from an array of the opposing company’s financial officers and attorneys, well matched; not the kinds of things F.D.R. might have said in his fireside chats.

Trump is not writing the Gettysburg address, he is negotiating a trade deal that will either help or hurt the U.S. over the next decades. This isn’t the time for a rousing campaign speech or the State of the Union address.

In an unprecedented action on December 1, 2018, the U.S. arrested a Chinese national in Canada in connection with suspected Iran trading sanctions violations.

This action, coming as it does directly in the midst of trade negotiations, indeed on the very day President Trump and his economic team dined with President Xi Jinping, has China feeling off-balance. Who ordered the arrest and why? Is it a rouge element in Trump’s government working to undermine his 2020 reelection chances by sinking a lucrative trade deal? Or does it signal his unwillingness to negotiate?

On this matter, Trump is keeping mum. And he doesn’t generally keep mum, so why?

President Trump has to negotiate his deals across the table of the world stage now, where every word is measured and remeasured and meta-measured, dissected and deconstructed by an audience of millions. And expected to reflect the gravitas and noblesse oblige of the office of President of the United States.

Instead, Trump has opted to keep his valuable reputation as a wild card. Someone who isn’t afraid to buck tradition, public opinion or the historic standards of American diplomacy. Advantage, Trump.

Adopting this strategy, far from its appearance of being off-the-cuff, is a carefully constructed playing field crafted to the purpose of bringing China, and other U.S. trade partners to the negotiations table. In doing, Trump has secured three powerful negotiation tools:

Willingness to Walk Away From the Table

In any negotiation, the gold-standard to walking away a winner is always a willingness to walk away. From the most basic bargain haggled over in a farmer’s market, to the multi-billion dollar company merger, if the other side thinks you aren’t willing to walk away from negotiations, negotiation is essentially over. You’ve lost.

Besides being willing to walk away, if the party you are negotiations with knows what you are likely to do at any given time, negotiations are over and you’ve probably lost.

Willingness to be Cast as The Bad Guy

Those who love him, really love him. Those who hate him, really hate him. For everyone else in vast swath of the electorate who are in the middle, he seems to have little personal appeal, but doesn’t seem to inspire the rage he illicits from the far left. For his part, President Trump seems quite comfortable in the role of heel, chief foil and agitator.

Willingness to Be the Good Guy

If your ultimate goal is to improve human rights in a particular country, war is the worst way to go about it. Isolation of the offending country is the second worst way. The best way, may be through purely individual and privatized humanitarian efforts delivered seamlessly, selflessly and without agenda. That way may be perfect by any moral standard, at least as it applies to human rights, but we wouldn’t know because it doesn’t exist. At least not in practice. Not yet anyway, here’s hoping.

Until then, the second best way to improve human rights in any country not your own is through a solid, open and robust trading relationship.

In the end, Trump’s willingness to be the bad guy may help the citizens of the country of China as much as he helps his own.