Two Texas Immigration and Customs Enforcement (ICE) facilities are the latest to sustain violent attack. Is the rhetoric of the left to blame? 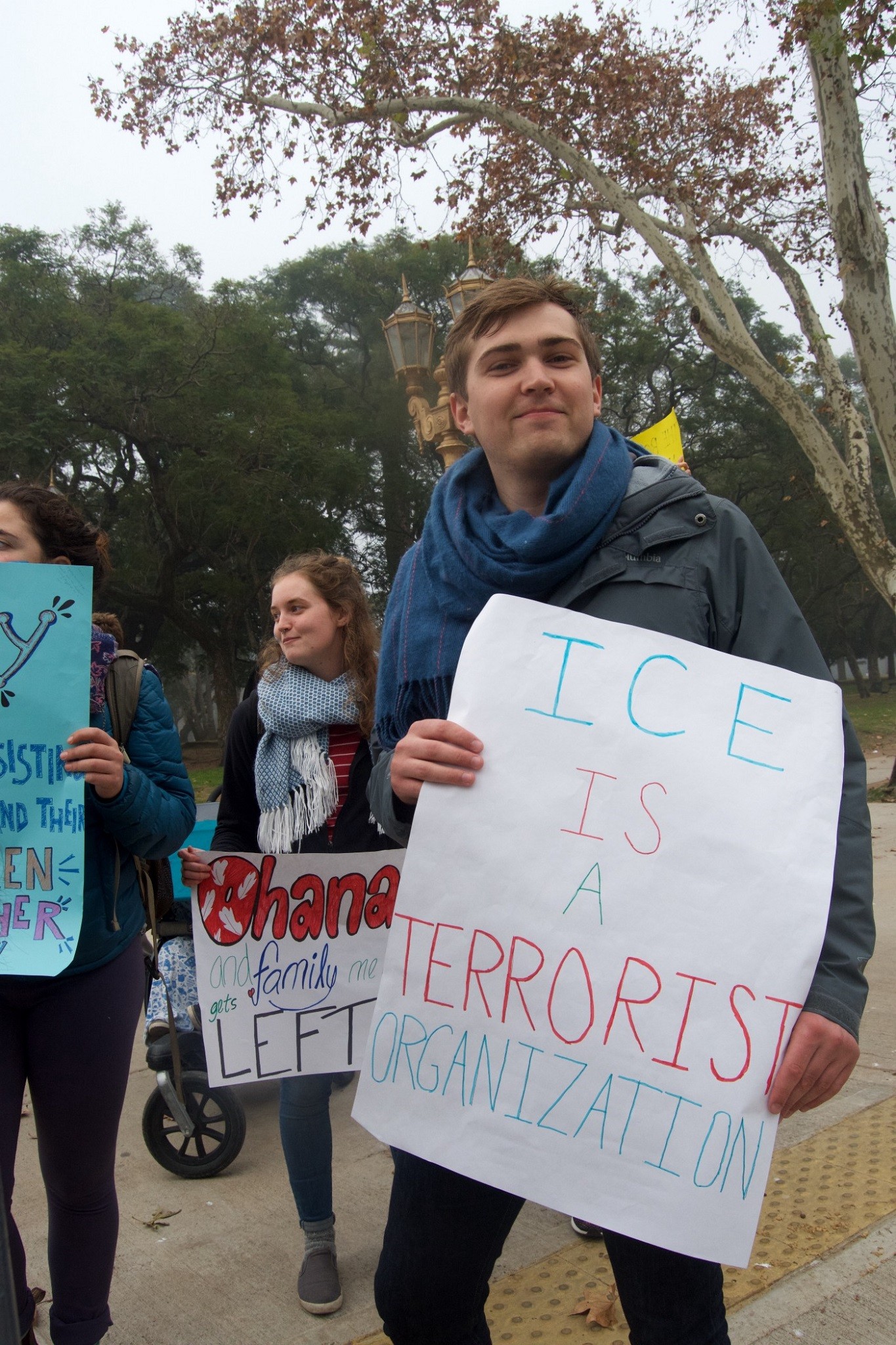 “This attack at the U.S. Immigration and Customs Enforcement’s (ICE) Enforcement and Removal Operations (ERO) Field Office in San Antonio is completely without justification. Political rhetoric and misinformation that various politicians, media outlets and activist groups recklessly disseminate to the American people regarding the ICE mission only serve to further encourage these violent acts.”

Until yesterday it was still considered socially acceptable, even on the progressive left, to think that U.S. borders should be controlled places where people enter in an orderly fashion in accordance with the law.

It’s what other progressive countries, like Canada and Norway do, after all.

No enforcement, no laws.

Therefore, until yesterday, it stood to reason that challenging the law enforcement aspect of the government was getting it somewhat backwards. Shooting the messenger. If someone had a problem with the law, it was to changing the law, not breaking it, that activists set their sights.

Breaking laws certainly doesn’t change them. In fact, it was once well-known that breaking laws was guaranteed to undermine your political movement.

Activists in favor of more relaxed border standards were encouraged, and encouraged each other, to help bring about change in a positive way. Some of those activists, like Rep. Alexandria Ocasio-Cortez got themselves elected to the law-making branch of the government for precisely that purpose.

Of course, peaceful change takes time. But violence, it was believed, had thus far utterly failed to solve the problems of humanity. Violence has, in fact, been tried fairly often.

For the NYT, it was your basic good versus evil no brainer. You’d break the law to punish the devil, wouldn’t you?

Donald Trump was so bad, so unimaginable, such an existential threat to American values- what were journalistic standards and scruples in comparison?

But for some of us, those who tend more towards the middle, the big change didn't come in 2016; the real change took place in 2008. Only then it was called “Hope and Change”.

Dare we compare the media’s love affair with President Barack Obama to a summer’s day? The media’s coverage of America’s first African-American President was indeed more lovely and more temperate.

But in the years since, in some growing Democratic circles anyway, cracks in the perfect image lovingly crafted by the media are beginning to show. Namely, none of the current crop of Democrats running for president can take any shots at front-runner Joe Biden’s career record without tarnishing Obama with the same brush.

And on the subject of immigration in particular, a particularly red-hot button issue at the moment if ever there was one, Obama’s record is easy to criticize.

Branded during his presidency by liberal immigration activists, to little press fanfare, the “Deporter in chief”, President Obama’s record on the subject of immigration, at least by current standards, is downright conservative.

Why was there no outrage in 2012? Someone looking to spot the difference needn't look far. The most recent ICE raids and deportations, though they were relatively small, received more press coverage than perhaps all the deportations during the Obama administration put together.

At least under Trump, the flaws in our immigration system laws are getting the publicity they deserve.

As for Biden, his most recent gaffe perhaps revealed a bit more than he would like about his opinions, as his gaffes often do. Saying undocumented immigrants should “get in line” is a rudely pithy way to remind everyone that the U.S. has a legal immigration process that welcomes millions of people every year. It draws attention to the millions more who are waiting in line to legally immigrate to the U.S.

It is also now a completely unacceptable talking point of the conservative far right that has left Biden’s team scrambling to deal with the fallout.

Favoring highly skilled and educated immigrants over the unskilled likely to become a burden on social safety-net systems is yet another talking point that has been co-opted by the right. As such, it now unacceptable on the left to imply that any kind of educational or experiential standards to our immigration process be imposed.

At least the Los Angeles Times called Trump’s proposed limitations on immigrants receiving public aid what it is: Callous, yes. But is it racist?

Considering how many marginalized communities in American also experience abject poverty, this view was particularly palatable. Until yesterday.

Sending the mob after anyone who deviates from the brand new normal is increasingly common on the left, as the party that only eats its own continues the circular firing squad. Democrats are quick to jump to the new progressive party line.

Republicans, less so. Donald Trump, not at all.

The left’s answer to this, has been louder and more vicious name-calling. Journalistic standards have been further and further relaxed as each and every story has to be exclusively about the many failings of Donald Trump. And since no one has managed to topple Trump, or even get him to apologize for his outrageous statements, the mob is moving further down the hit list.

Doxxing Trump donors, harassing ICE agents who are only enforcing the laws we’ve passed, targeting government contractors who provide services to ICE in protests that include violent personal threats is considered not only normal, but morally imperative on the left.

Where is the line?

As Robert Bolt posited in his seminal play “A Man for All Seasons”:

Once you’ve broken the law to punish the devil, and the devil turns around to face you, what do you fight him with, now that you’ve torn down the law?

Easy. At that point, violence is your last and only resort. It won’t work, of course. But there you are.

The NYT relaxed its journalistic standards to punish the devil. Now, they are facing him without the very credibility they could have used to bring his presidency down.

Since the NYT isn’t considered fair and impartial anymore, no one will listen.

As a result, there is a rising hatred on the left. Coupled with feelings of powerlessness and helplessness in a struggle against a great evil, the inevitable result will only be more violence.