The peaceful transfer of power is in jeopardy. 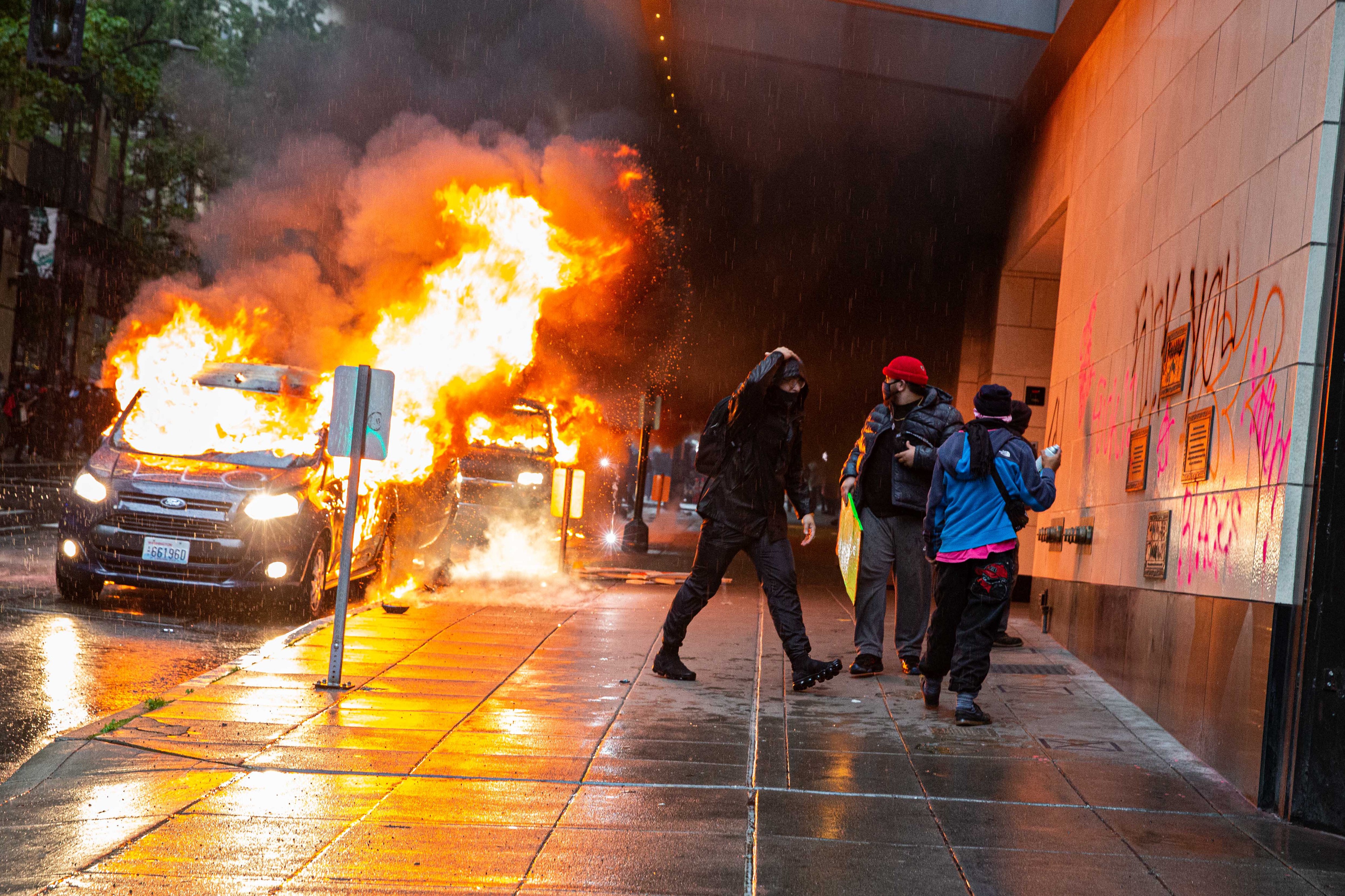 Black Lives Matter protest- Seattle, Washington. Protesters took to the streets of Seattle, WA to march in response to the death of George Floyd, a black man who was killed while being taken into custody by police in Minneapolis, Minnesota. May 30, 2020. (photo: Kelly Kline)

That the U.S. has been reduced to only two, deeply polarized, diametrically opposed schools of thought this Election Day epitomizes the 2020 election.

On one hand, that former Vice President Joe Biden is poised to win the race is considered a gospel fact in certain circles. How could it be otherwise?

Americans, we are told by these same authorities, have had enough of Donald Trump- good riddance and may “Trump’s racist stench cling to his enablers for all eternity.” Americans may be better off under Trump; America is not.

In this scenario, voters are about to vote overwhelmingly for a return to normalcy, a return to civility, gentility, and gravitas. They are ready to get back to the good old days of the Obama administration- more “West Wing”, less “House of Cards”.

According to this thinking, Biden wins and everything settles down. Trump supporters will be disappointed, but not altogether surprised. After all, Trump has always been considered the underdog in this race.

The only problem, and it’s a thorny one, is that not everyone agrees with this rosy assessment of Biden’s chances.

On the other side are those who believe Trump is about to win reelection, and by a wide margin. How could it be otherwise?

Under the auspice of this philosophy is the belief that pollsters and the media have been lying to the American people for years in order to:

A.) Help Democratic politicians get elected.

B.) Sell more newspapers to a liberal progressive viewership which expects to be told what it wants to hear.

C.) Conceal the fact that polling, as we have known it, is dead as it favors Democrats too much to be useful.

Even if this proves true, Trump’s improved performance with non-white voters will not stop the U.S. media, an industry which has conflated activism with journalism, from claiming that racism alone propelled Trump to victory.

The possibility that the Democratic Party failed to nominate a viable candidate- not because voters didn’t want one, but because Democratic Party leaders colluded to bring the Biden campaign back from the dead and save the party from Bernie Sanders- will not be mentioned.

That the Democratic Party candidate ran his campaign badly, like Hillary Clinton before him, will also not be considered a factor.

That Joe Biden, like Hillary Clinton, is exactly the type of establishment candidate with which Democrats have not won since the Civil War, will also be overlooked. The Democratic Party wins with charismatic outsiders- JFK, Bill Clinton, Barack Obama. Joe Biden is neither particularly charismatic nor in any way a political outsider.

In spite of these factors, and Trump’s improvement with non-white voters in this scenario, white supremacy will be credited with his election.

Democrats have already set the stage for excuse-making; Joe Biden couldn’t win because of Covid-19; Biden was too noble to endanger his fellow Americans by knocking on doors and Trump is a monster; Russia is interfering- again; Trump did something to the post office so that mail-in ballots were lost or invalidated.

The specter Democrats have created this Election Day, of a non-legitimate President Trump, twice-over, having successfully usurped anotherDemocratic election with the aid of hostile foreign powers, riding a wave of white supremacy to the highest office in the land is as likely to provoke a violent response as any incident in American history.

Far-left Democratic groups are primed for action after months of unrest. Not only have groups like Antifa been treated to nightly news reports about violent riots and rising crime rates, they have also seen very few consequences for the perpetrators of the violence. Rioters, looters and arsonists- not to be confused with protestors- have been bailed out using funds donated by people on Joe Biden’s and Kamala Harris’ staff.

And the violent perpetrators aren’t just going to be angry with Donald Trump. Trump is, after all, just a figure-head. In 2016, he represented all the people who chose to vote for him. In 2020, he may represent an even larger number.

How will young liberal progressives in this country- who have believed everything the media has told them about Donald Trump and his supporters over the last four years and do not consider the media biased in favor of Democrats- react to a surprise Trump victory?

According to Time Magazine, 93% of the Black Lives Matter protests have been peaceful. Over 93% of law enforcement interactions with the public are also peaceful. When it comes to violence, 7% is hardly acceptable.

The protests, which started in May and have continued ever since, have already been the most expensive in U.S. history. The cost of damages has already eclipsed the Rodney King riots and the riots in the 1960’s put together.

If Democrats win, everything Republicans believe and think they know about America, the U.S. electorate, and the voting preferences of their fellow Americans, will be shown a lie.

Or Republicans will blame Donald Trump, which is much easier.

If Republicans win, everything Democrats believe and think they know about America, the U.S. electorate, and the voting preferences of their fellow Americans, will be shown a lie.

Or Democrats will blame Donald Trump, which is much easier.

Leadership Democrats, politicos, media companies, and everyone else, is assuring us hourly that Joe Biden is cruising to an easy win today.

If so, why are large Democratic cities preparing for violence tonight? All over the country, there are plans to dispatch additional law enforcement to cities anticipating violent riots- cities like Austin, Portland, Los Angeles, New York City, Washington, D.C., Chicago. These are all progressive cities.

The peaceful transition of power, a great American tradition began by President George Washington, is in jeopardy, and not from Donald Trump.

George Washington turned down a kingship in order to see the first peaceful transfer of power through to its conclusion. Will his self-sacrifice live on in our American institution of government?

If necessary, are elected Democrats, progressive members of the press, and social media companies prepared to plead for calm and present a nuanced view of what happened? Or will they continue to add fuel to the fire by blaming Donald Trump and burning him in effigy?