Donald Trump Versus the Universe

As the crowded field of 2020 Democratic contenders for U.S. President takes off, Trump takes on. 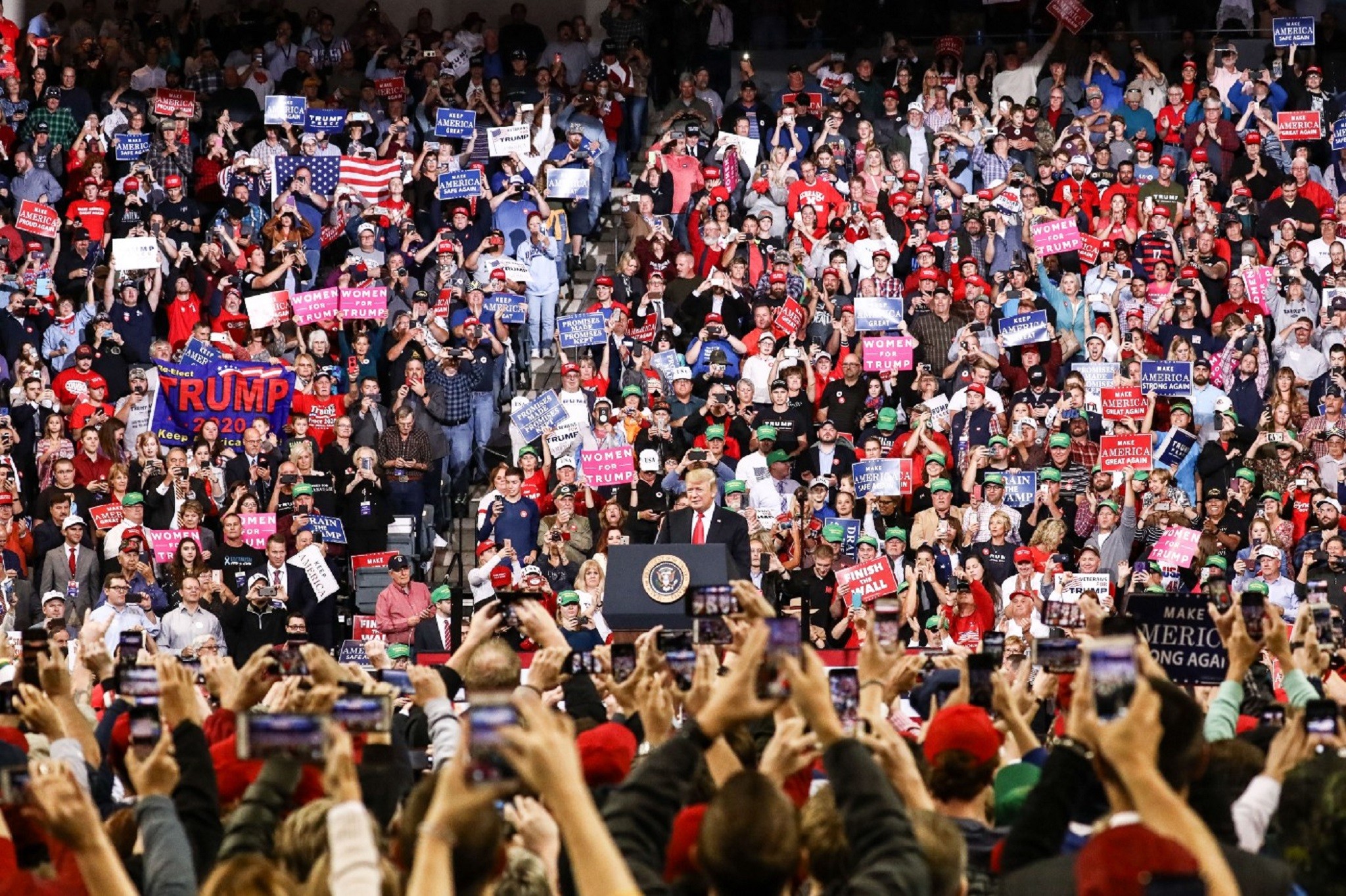 Not where his supporters are concerned, anyway.

Drudge might have broken the Lewinsky story back in 1998 that almost sunk President Bill “Slick Willie” Clinton’s administration, but even Drudge can’t tell Trump supporters anything they don’t already know about Donald Trump.

Everything else is fake news.

Reminding Drudge Report readers with links to stories that paint a picture of Trump’s failure to contain the situation at the U.S. border, as he promised supporters on the campaign trail in 2016 would be his top priority, is a strategy that is backfiring.

It doesn’t sour Trump voters or deter his supporters in the least; they see his failure to follow through with his promises to fix immigration as proof that Democrats, not Donald Trump, must be kept out of office in 2020.

They reason that if Trump can’t get it done, working as hard as he is against a congressional body that has suddenly shifted radically to the left of embracing open borders, Democrats definitely won’t.

Voters are especially wary since, meanwhile across the Atlantic, Brexit has failed British voters and sunk Prime Minister Theresa May’s political career. Yet, the citizens of the U.K. are still not free of the foreign entanglement of the European Union and its failed policies.

The continued and widespread yellow vest protests in France, as well as recent EU elections that did not go the way of establishment liberal political parties, aren’t likely to make undecided voters in the U.S. any more eager to embrace the more-open border policies that created an untenable immigration strain on many European countries.

As Democrats in Iowa made their dedication to a U.S. with open borders, engaged in a sort of North American Union policy, more clear, voters in the middle feel more alienated by both major political parties than ever.

Yet, Trump voters, who elected Trump to, among other things, fix the U.S. border and the broken U.S. immigration system, remain as committed as ever to the Trump administration.

They are not conflicted about the job he is doing, in spite of his failures. Failures that Trump usually manages to spin as successes, or at least to his electorial advantage.

Democrats in Iowa should not count on U.S. farmers abandoning Donald Trump in 2020 over his frequent and liberal use of tariffs and rumors of tariffs to threaten (that is, persuade) U.S. trading partners to negotiate better trade terms.

Farmers are used to hardships. They aren’t over likely to hold this particular one against Donald Trump.

Even as China seems to be digging in its heels on reaching a trade agreement with the U.S., farmers live in small rural communities that have been much improved by growth in the U.S. economy over the past two-years.

Even the New York Times admitted that most households saw a significant tax savings in 2018. Ending the ongoing trade hostility and tariff oneupmanship would undoubtably be a huge boost to farmers in the heartland. Farmers still think Trump will be the one to, ultimately, deliver a plum deal.

Indications from the Mexican government are good that Mexico’s long-standing complacency with regards to massive groups of migrants making the 1200 mile trek across Mexico to claim asylum in the U.S. is coming to an end.

Many of the asylum claims do not pan out once the cases move though the U.S. legal system. Critics argue that this loophole in the immigration system allows people who don’t need asylum, yet want to immigrate to the U.S., to bypass legal immigration channels.

Exploiting the loophole, while it still exists, is big business across South and Central America, as organized criminal gangs exploit the desperate with promises to get them safely to the border.

Considering the epidemic of sexual violence perpetrated against female immigrants by these smugglers of human beings, and other criminal groups including large narco-terrorists groups running complicated and well-organized operations, safety isn’t exactly what the unwary and vulnerable get.

Unsurprisingly, House Democrats do not see Mexico’s capitulation on the subject of immigration as a foreign policy win for the U.S.: On the contrary, they aren’t at all impressed with Trump’s threats against such a close North American ally.

When Turkish President Recep Tayyip Erdoğan opened Turkey up to migrants passing though and seeking to immigrate to Europe, countries in the European Union most affected by this policy bribed Turkey rather than threatened tariffs.

The result was the same; a shift in policy that shares the burden of mass immigration and lowers the incentive to attempt to seek asylum in the U.S. True asylum seekers will still be sheltered by a safe country- Mexico. Those wishing to immigrate to the U.S. may still do so legally- from Mexico.

Whether Mexico’s shift will stem the tide of illegal immigration remains to be seen. What is clear, is that voters on the Democratic side of the aisle want action. They want firm commitments on key issues from their would-be defenders on election day.

The days of mealy-mouthed promises and political positions open to interpretation may be over. Whichever Democratic candidate takes off with the Democratic nomination better be ready to take on Donald Trump.

And his base of unwavering support.