Donald Trump is Not Alone

As the press assures us once again that the walls are closing in on Trump, he has more allies today than ever. 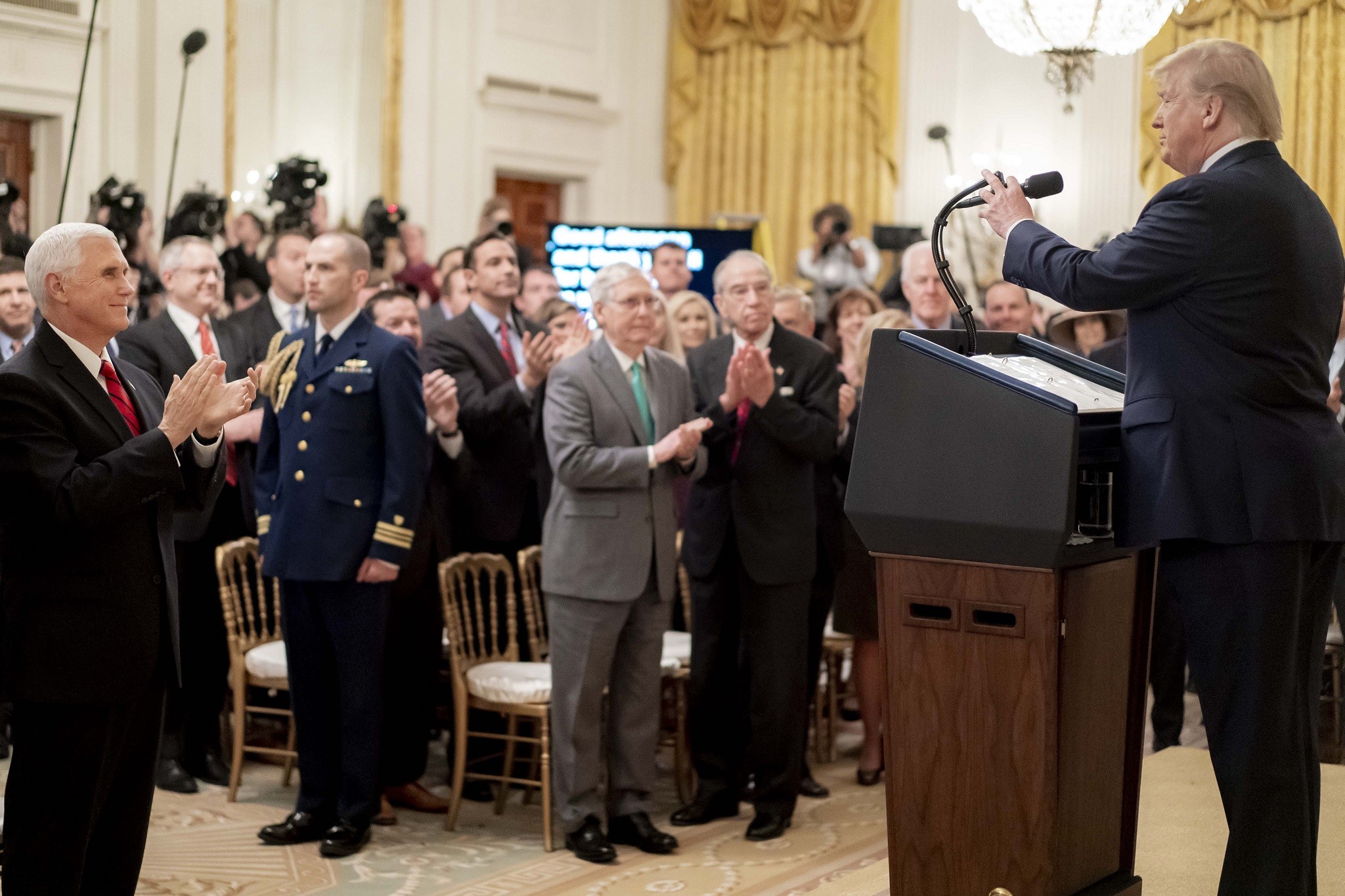 Donald Trump is All Alone, according the Atlantic. Trump is in trouble, swears the Washington Post. Donald Trump hates your dog, says the New York Post.

What these articles have in common, besides waxing poetic about the Obama family, is a certainty that Donald Trump is- this time, at last- going down.

The proof? Trump told someone once- a person who then relayed the conversation to the Atlantic, presumably for money- that he couldn’t trust anyone, couldn’t confide in anyone.

What does this tell us except that no one Trump is actually willing to confide in would leak the conversation to the press? He is right to be reticent, knowing how eagerly the journalistic community would and does embrace anyone with the slightest hint of dirt on Donald Trump.

He knows exactly how much his political opponents, and their water-carriers in the press, want to hurt him; about as much as he wants to hurt them, presumably.

These same journalistic authorities report that Trump, being a homebody, refused to have dinner with a senior aide. The fate of a presidency, the Atlantic assures us, can hinge on less than such an intervention from staff.

That senior aide, it need not be said, is no longer working for the administration, as so many aren’t.

Now however, the career politicians and military brass Trump has parted company with have all had a makeover in the press. A general the press once dubbed “Mad Dog” is now one of the “the adults in the room”.

Adults that have presumably left the room.

Trump doesn’t work enough: No, he golfs with Republican Senators and senior aides and turns the fairways “into an extension of the West Wing,” and “has no life”. 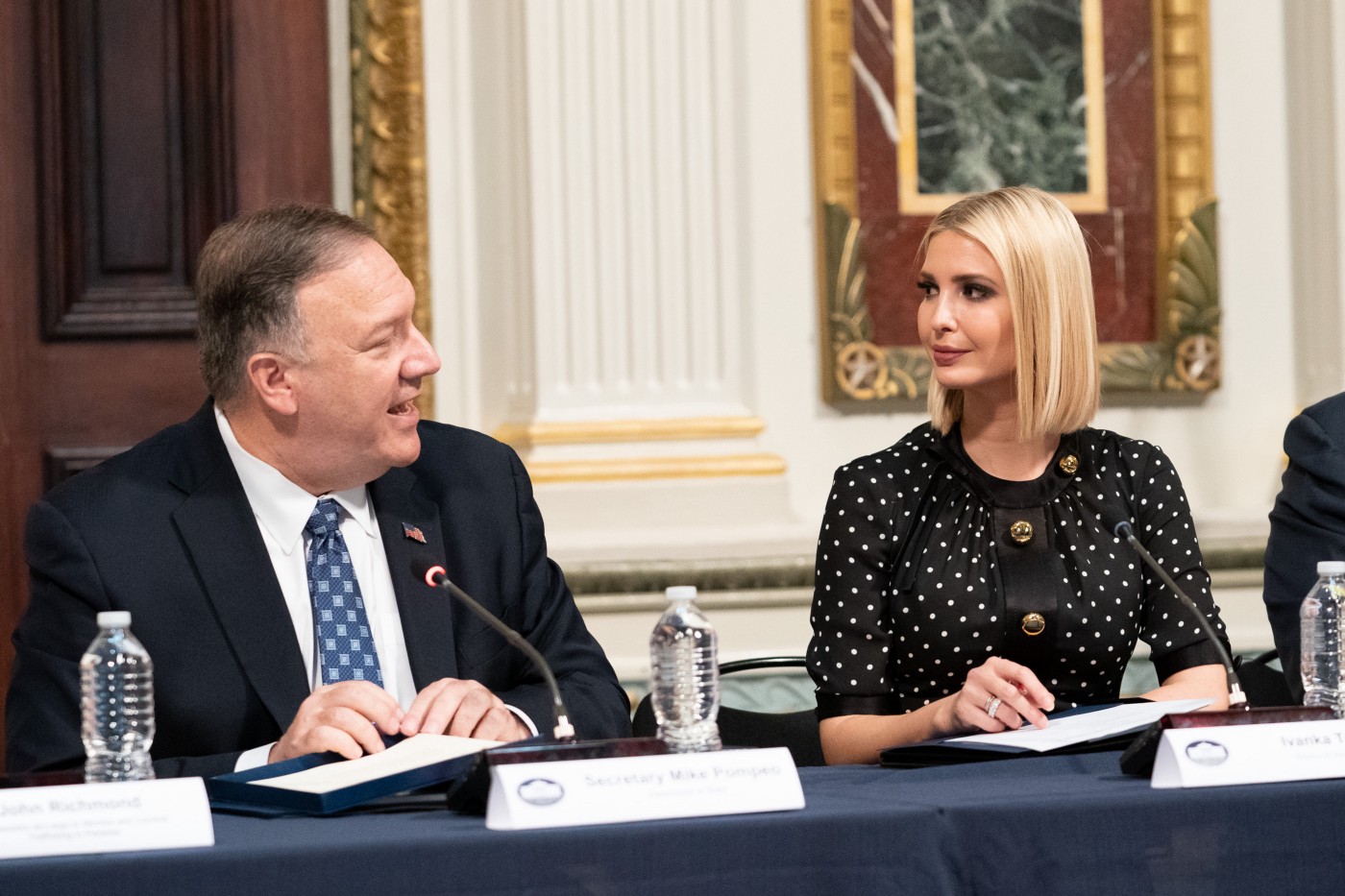 At least Donald Trump understands the kind of game he is playing. But while Democrats and liberals in the press are predicting the impending doom of the Trump presidency, Trump is busy campaigning.

Speaker of the House Nancy Pelosi, and other prominent Democrats, are warning the Democratic Party about nominating someone too leftist- cough, cough Elizabeth Warren- because it will hurt Democratic chances in the crucial swing states Democrats need to win in 2020.

Pelosi knows something the Atlantic, the New York Times and the Washington Post are reluctant to tell their readers:

The Democratic Party will face Donald Trump in 2020.

And right now it isn’t looking too great. The Democratic primary field is lackluster and Donald Trump, far from being mortally wounded, remains a serious threat.

The Atlantic has one thing right, however; people like to be told what they want to hear. They like it so much, they are willing to suspend disbelief.

You can tell someone what they want to hear or you can tell them the truth, not both. Mainstream liberal-leaning media outlets can continue to emphasize the positive for their progressive readership by predicting hourly the demise of the Trump administration.

They can continue to portray Donald Trump in the light that most Democrats like to see him; a miserable, broken-down, wounded old reprobate without a friend in the world, with one foot in prison and the other one on a banana peel.

Just like they did right up until Election Day 2016, and with the same result.

It would be funny if it weren’t so close to what happened to these panderers to popular opinion in 2016.

Hillary Clinton has an 85% chance to win, the New York Times told its readers in the hours leading up to the big reveal of Donald Trump as the next U.S. President.

The NYT was at least closer than the Washington Post: Donald Trump’s chances of winning are approaching zero. Politico gave Donald Trump a whopping 10% chance of getting elected in 2016, as did Reuters.

CNN didn’t even think he’d get the Republican nomination, giving him only a 1% chance.

While Democrats in the press repeat soothing half-truths, Donald Trump is far from alone: He has the Republican Party.

With Donald Trump Republicans have made a sort of Faustian bargain.

Why hasn’t Donald Trump toned it down? People must have told him to, many and probably repeatedly. People he trusted; even people he paid handsomely to evaluate his relative strengths, weaknesses, opportunities and threats as a Presidential incumbent seeking reelection.

Because you can bet the Trump campaign has hired many such image consultants. They are playing this game to win.

For his Republican colleagues, Trump has drawn all media fire. Narry a negative word will be written about any of them, not while Donald Trump remains at the helm of the executive. They must have noticed.

His behavior is boorish. It’s childish. And it drives liberal progressives absolutely out of their minds. The press responds by covering Trump extensively, ignoring practically everything else. Even when individual members of the press know they shouldn’t respond to his obvious trolling- like his colorful, over-the-top description of the death of Abu Bakr al-Baghdadi- they do it anyway.

If asked, all Republicans have to do is shrug, say they may not always agree with what the man says or how he says mean things on the internet, but that the economy is going great and there haven’t been any new wars

There have also been monetary compensations for Republicans.

With Donald Trump as its figurehead, the Republican Party, and more specifically the Trump campaign, has raised record-breaking mountains of cash, with a decided uptick after Speaker Pelosi’s impeachment announcement.

Much of it from small donations from first time donors.

This is terrible news for Democrats.

In worse news, House Republicans have all had ample time to visit their districts. They have met with voters, constituents, campaign supporters, critics, donors and everyone in between.

They didn’t talk about impeachment. They didn’t have to. Most of the time, no one even asked. As the moderates from Democratic swing districts keep bleating to party leaders who won’t listen:

Voters are far more concerned about the same things they have always been concerned about. Jobs. The economy. Healthcare. Jobs. Safe streets. And jobs.

Not a single Republican broke rank and voted with the Democrats on impeachment. That is 196 people who care more about their own careers than they care about Donald Trump’s.

If it were in their best interest to distance themselves from Donald Trump, they would do it. If they were getting shouted down back in their constituencies, or hounded about not supporting impeachment; If their offices were fielding a great many calls and letters demanding support for impeachment; If donors expressed no willingness to support them financially without impeachment.

Republicans would have acted in their own best interest.

What we saw during the recent House vote, was a Republican Party united behind its standard, albeit a decidedly imperfect one. Donald Trump rudeness was and is a sunk cost for the Republican Party. For better or worse they are wedded to Donald Trump.

Donald Trump’s myriad imperfections aside, a united Republican Party is a powerful thing.

And Republicans will be facing a Democratic Party deeply fractured by ideological differences, beset by internal primary challenges and a race to the left that has alienated many in the middle and pitted key demographic groups against each other.

Voters will be considering a Democratic Party that now controls 26 of the 30 richest districts in the nation, a dramatic shift from a decade ago, and now shares equally with Republicans the 30 poorest ones.

A Democratic Party that has lost touch with its working class roots in a plague of hatred for Donald Trump so powerful, they would rather have comforting lies than painful truths.

Which may have been exactly what Donald Trump wanted all along.