While Larry Nassar preyed on young female athletes, the FBI ignored witness statements, sat on vital evidence, failed to investigate, and lied about it. 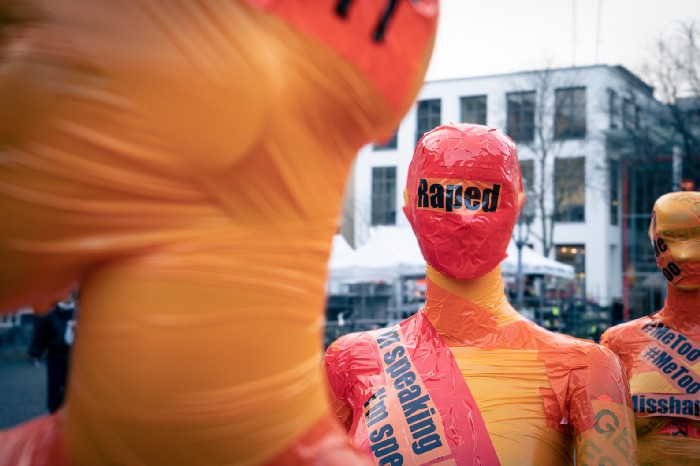 The disgraced former USA Gymnastics team doctor and current registered sex offender is now serving out an over 100 year sentence for child pornography and sexually assaulting hundreds of young women and girls, many of them underage.

That senior FBI officials in charge of the Indianapolis Field Office, “failed to respond to allegations of sexual abuse of athletes by former USA Gymnastics physician Lawrence Gerard Nassar with the urgency that the allegations required,” was just the opening salvo in an extremely damning 119 page report.

The DOJ report on the FBI’s handling of the Nassar case is a bombshell, and it deserves to be treated as such. The fact that public trust in such government organizations, like the FBI, is at a critical low cannot justify ignoring the implications of the DOJ findings.

In fact, ignoring the report, and the extremely damaging revelations contained therein, would only serve to further erode public trust in American law enforcement institutions.

“We also found that the FBI Indianapolis Field Office made fundamental errors when it did respond to the allegations, failed to notify the appropriate FBI field office (the Lansing Resident Agency) or state or local authorities of the allegations, and failed to take other steps to mitigate the ongoing threat posed by Nassar,” the report continued ominously.

“The FBI Lansing Resident Agency did not become aware of the Nassar allegations until after the Michigan State University Police Department (MSUPD) executed a search warrant on Nassar’s residence in September 2016, following the MSUPD’s receipt of separate complaints of sexual abuse by Nassar, and discovered child pornography at Nassar’s residence.”

The report went on:

“During this period from July 2015, when the allegations were first reported to the FBI, to September 2016, Nassar continued to treat gymnasts at Michigan State University, a high school in Michigan, and a gymnastics club in Michigan.”

“Ultimately the investigations determined that Nassar had engaged in sexual assaults of over 100 victims and possessed thousands of images of child pornography, led to his convictions in federal and state court, and resulted in Nassar being sentenced to incarceration for over 100 years.”

In fact, the number of women and girls who have accused Nassar of assaulting them totals over 265. His numerous convictions have ensured Nassar will never leave prison; his sentence is over 300 years.

Most damning of all?

“The OIG further found that, when the FBI’s handling of the Nassar matter came under scrutiny from the public, Congress, the media, and FBI headquarters in 2017 and 2018, Indianapolis Field Office officials did not take responsibility for their failures. Instead, they provided incomplete and inaccurate information to make it appear that they had been diligent in responding to the sexual abuse allegations.”

Astute readers of the above statement might note the delicate phrasing couching a very ugly truth: Senior FBI officials in Indianapolis failed to investigate the serious allegations against Nassar, failed to inform anyone else who might have investigated him, and lied about it until they absolutely could lie no more.

Specifically, the report stated that the FBI Indianapolis Field Office:

“Specifically, we concluded that the gymnast interview summary that the Indianapolis SSA drafted in February 2017, 17 months after the interview took place, contained materially false statements and omitted material information.”

“We further concluded that the Indianapolis SSA made materially false statements when twice questioned by the OIG about the victim interview. In addition, we concluded that Abbott made materially false statements during his OIG interviews to minimize errors made by the Indianapolis Field Office in connection with the handling of the Nassar allegations.”

“Abbott violated FBI policy and exercised extremely poor judgment under federal ethics rules when he, without prior authorization, communicated with Penny about a potential job opportunity with the U.S. Olympic Committee, an entity with which Penny had professional connections,” the DOJ found.

“Abbott communicated with Penny about the potential job opportunity while the two continued to discuss the allegations against Nassar and while Abbott took an active role in conversations about the FBI’s public statements regarding USA Gymnastics’ handling of those allegations. Abbott should have known — and we found that he in fact did know — that this conduct would raise questions regarding his impartiality. Further, Abbott applied for the position with the U.S. Olympic Committee, and then falsely denied that he had done so when questioned by the OIG on two separate occasions.”

Eight months after the Indianapolis FBI ignored these accusations, and failed to pass along the information to anyone who might have helped stopped Nassar’s predation, USA Gymnastics appealed again to the FBI- this time to the Los Angeles FBI field office.

The LA FBI office found no investigative action whatsoever had been taken by agents in Indianapolis. The LA FBI launched an investigation into the matter, but unfortunately for Nassar’s approximately 70 victims between the time of the initial complaint to the Indianapolis FBI office and his eventual arrest, no steps were taken to protect aspiring young athletes still being treated by Larry Nassar.

Nassar’s reign of terror only ended when one of his victims- who was 16 at the time of her assault- reported him to the Michigan State University Police Department. In tandem, the Indianapolis Star published a feature detailing some of the past allegations against Nassar.

With that, the Michigan State University Police Department was inundated with accusations and first-hand accounts of abuse by Nassar and the case immediately grew to a size even senior Indianapolis FBI officials couldn’t ignore or cover-up any longer.

Questions remain, however, as to why FBI officials failed to protect children subjected to the assaults of a suspected serial child abuser and rapist as the evidence and associations continued to pile up against him.

The American people, and more importantly, each and every one of Nassar’s victims deserve an answer and accountability from a law enforcement agency which obviously thought enough of the accusations to lie about it.