Does Mueller Even Matter?

If a tree falls in the woods, and no one is around to hear it, does it make a sound? 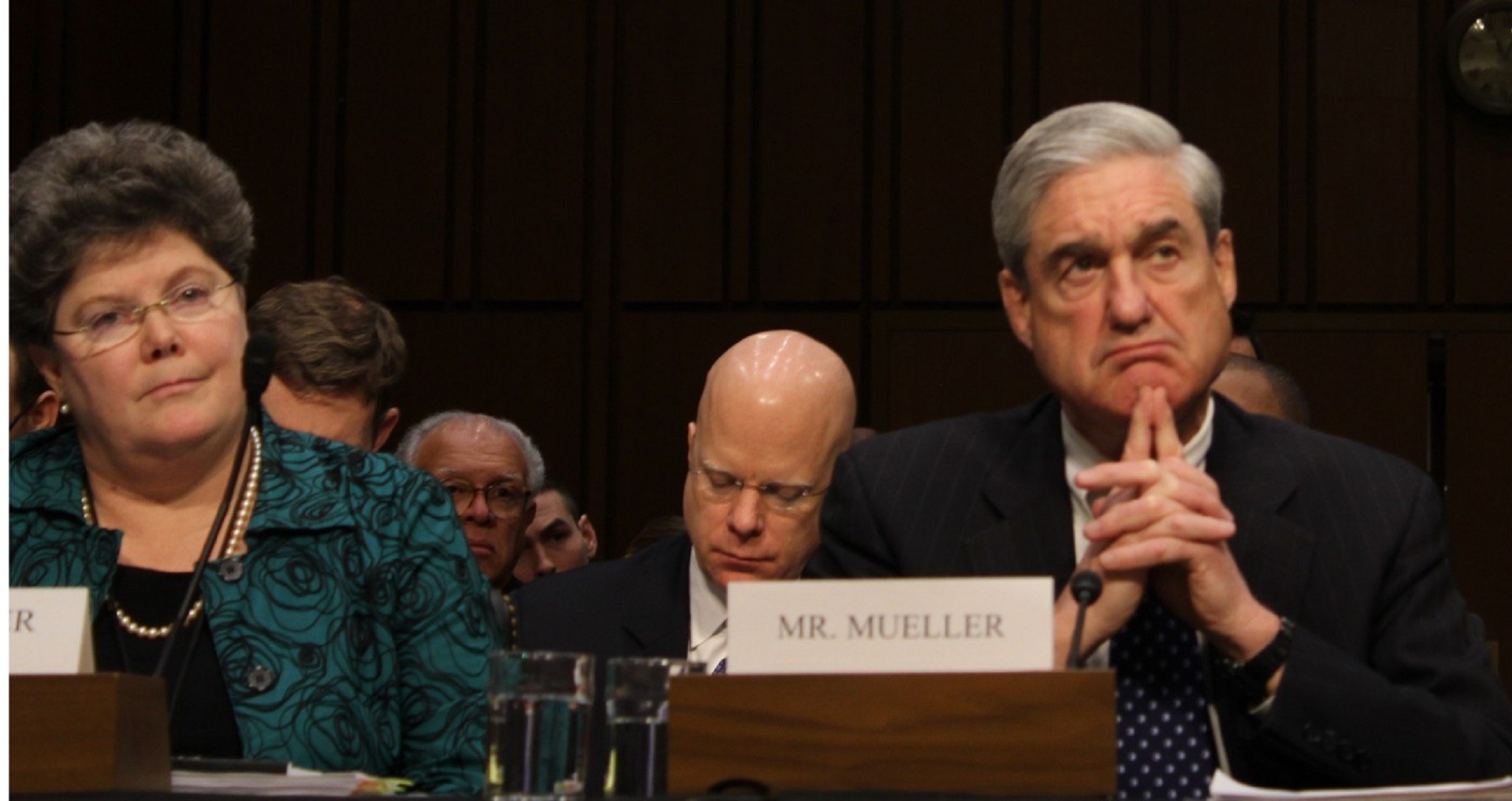 FBI Director Robert Mueller said cyber security will be the number one future threat in the country, but for the time being, “counterterrorism and stopping terrorist attacks” is more important. (photo: Kit Fox/Medill)

Just what is it that House Democrats are hoping to learn from Robert “this report is my testimony and I don’t have anything more to add” Mueller today on Capitol Hill?

And does anyone even care anymore?

It is the Schrodinger’s Cat problem of the Donald Trump presidency: Inside the massive 448-page Mueller report, is Trump guilty or innocent of colluding with the Russians to fix the 2016 election in his favor?

The answer, depends entirely on who’s doing the asking. And if no one is asking, the answer becomes meaningless anyway, even nonexistent. In that case Trump is both guilty and innocent, in limbo, forever.

If you are a registered Democrat who a.) hates Donald Trump or b.) hates Donald Trump, you’ve had the definitive answer about Russia Gate since long before Robert Mueller so bitterly disappointed everyone by not finding a single smoking gun against Trump.

Because disappointed they were. If you want definitive proof that no bombshells, no smoking guns, and no surprises, were revealed in the Mueller Report, look no further than what happened to the U.S. stock market once the report was made public back in April.

Wall Street, it should be noted, is populated by a very easily spooked bunch. And not a politically loyal bunch, either. Big banks gave to Obama in 2008, Mitt Romney in 2012.

America’s cabal of wealth brokers are, at heart, bet hedgers. Some of them may have genuinely liked former President Barack Obama; some of them may even like current President Donald Trump: They like money more. Wall Street doesn’t like any politician enough to lose money.

If there had been even the slightest whiff then of any chance whatsoever that a sitting U.S. President would be impeached, removed from office, and indicted for crimes including espionage and high treason, Wall Street would have reacted.

A sitting U.S. President in imminent danger of being impeached, removed from office, and indicted for espionage and high treason, would’ve been kind of a big deal. As would the news that the 2016 U.S. election had been compromised by a foreign power.

Just to be clear, Russian hackers propagating misinformation on social media and releasing hacked DNC emails which reflected poorly on Democratic candidate Hillary Clinton, do not amount to a foreign power tampering with a U.S. election.

As far as hacking is concerned, the DNC wasn’t the first, and they certainly weren’t the last, to have their sometimes embarrassing, sometimes mildly incriminating, certainly never intended for public consumption, private internal communications made public.

Just ask embattled Puerto Rican governor Ricardo Rossello, under pressure to resign after a compost heap of damming texts and emails were leaked to the press. Ask disgraced U.K. Ambassador Kim Darroch, who had no choice but to resign his diplomatic post when his very undiplomatic attitudes toward Donald Trump were revealed after a leak.

And that’s just in the last few weeks.

No one, least of all the U.S. Federal Government, has the power to protect anyone from hackers. Hackers are everywhere and nowhere. They exist on the dark web, and in darker places. They live in countries where U.S. laws are utterly powerless to touch them.

Perhaps two of the most profound truths to be found in the Mueller Report, at least for Democrats are:

Because everything you’ve ever posted to social media, every email and text message you’ve ever sent- and in our worst nightmares, a transcript of every conversation you’ve had within range of a computer since 1994- still exists somewhere out there. On the internet. And the internet is forever.

Ok, so Wall Street didn’t exactly react when the Mueller Report was made public. Some scandals take a little while longer to shake out the facts than others, look at Nixon: The Watergate Hotel break-in happened in June of 1972 and Nixon wasn’t forced to resign until August 1974.

But the Watergate break-in left a paper trail a mile wide. Participants in the break-in had the number for Nixon’s personal lawyer and fixer when they were caught and arrested. The burglary was sloppy, poorly executed, and dogged by unexpected problems.

The Trump campaign’s dubious activities during the election season of 2016, and afterwards with regards to the Mueller investigation, are far more nebulous and open to interpretation. A guilty man’s actions in trying to deny and cover up his crime look and sound a great deal like an innocent man’s true protestations of innocence.

Is Trump innocent? No. No accused person is. In a court of law, no one is ever declared innocent. Attorneys don’t give character references. The legal question facing lawmakers and legislators in the House and at the DNC is the same now as it was two months ago:

Can this President be legally charged with any crimes given the evidence presented in the Mueller Report?

And the answer, unfortunately for House Democrats, is still no. If Mueller had sufficient evidence Trump committed a crime he would have said so.

If Robert Mueller, and his battery of 14 top Democratic attorneys, didn’t find anything conclusive after two-years and $35 million dollars, House Democrats aren’t going to solve the mystery today. What would exonerate Trump in their minds? DNA evidence? Trump producing an iron clad alibi for the 2016 campaign?