Experts say Huawei is a threat to national security. Will the Biden Administration leave trade restrictions in place? 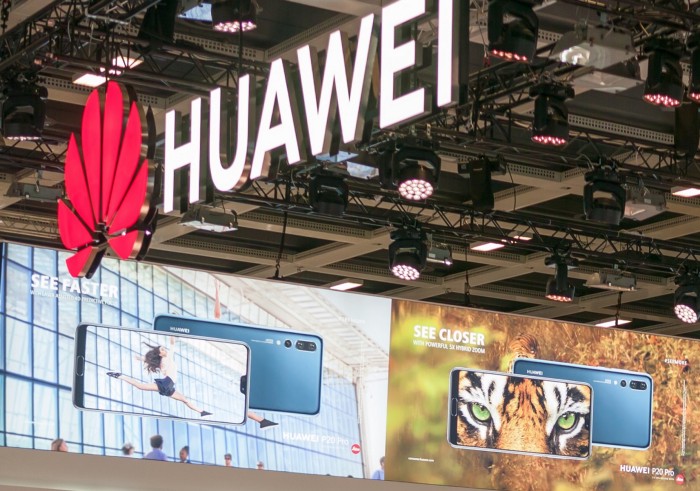 “I am pleased Senator Cruz agreed with myself and 20 other House Republicans and has placed a hold on Governor Raimondo’s confirmation until the Biden administration commits to keeping Huawei on the Entity List,” said House Foreign Affairs Committee ranking Republican Michael McCaul in a statement.

“Huawei is not a normal telecommunications company- it is an arm of the CCP’s military that poses a significant threat to U.S. national security,” concluded Rep. McCaul.

As indeed, Huawei has been beset in recent years with serious charges of intellectual property theft, corporate espionage, spying, and racketeering.

Though Huawei has made many efforts to assure U.S. and international authorities that it is a harmless, transparent and independently-owned company not beholden to Beijing’s authority, doubts persist.

For one thing, Huawei may claim to be owned by its employees, but it can offer no proof. As it is not a publicly traded company, Huawei has never undergone the type of rigorous independent vetting necessary to be traded on the American stock exchange.

Two researchers who published a report revealing some of the murkier aspects of the company’s ownership said Huawei’s appearance of being employee-owned, “has nothing to do with financing or control.”

Rather, Christopher Balding, a professor at Fulbright University Vietnam, and Donald C. Clarke, an expert on Chinese law from George Washington University, concluded Huawei’s “employee ownership” is nothing more than a “profit sharing incentive scheme.”

The U.S. Pentagon agrees with that assessment. Huawei made the Pentagon’s list of 20 Chinese companies controlled by the People’s Liberation Army. According to the Pentagon, Huawei in one of the, “communist Chinese military companies operating in the United States.”

“As the People’s Republic of China attempts to blur the lines between civil and military sectors, knowing your supplier is critical,” said Pentagon spokesman Jonathan Hoffman. “We envision this list will be a useful tool for the U.S. government, companies, academic institutions, and like-minded partners to conduct due diligence with regard to partnerships with these entities, particularly as the list grows.”

During her nomination hearing, Raimondo would not commit to keeping Huawei on the U.S. Entity List. She has since tried to clarify her stance.

“With respect to Huawei, let me be clear: telecommunications equipment made by untrusted vendors is a threat to national security of the U.S. and our allies,” wrote Raimondo in a statement. Raimondo has also said she sees, “no reason to believe that entities on those lists should not be there.”

“If confirmed, I look forward to a briefing on these entities and others of concern,” Raimondo concluded.

Senator Cruz promised to lift the hold, “when the Biden admin commits to keep the massive Chinese Communist Party spy operation Huawei on the Entity List.”

It was in May of 2019 that the U.S. Department of Commerce took the step of adding Huawei to the U.S. “Entity List”, severely restricting trade with the telecommunications company. Trump, attending the G20 summit a month later, agreed to Xi Jinping’s request that Huawei be allowed access to American products with no national security implications.

Though the Trump administration insisted the lifted restrictions would cover only those American exports which are widely available, Trump’s efforts to loosen restrictions on Huawei were met by a bipartisan Congressional outcry.

A collection of Republican and Democrat Senators and House Members promised Trump in 2019 that any attempts to loosen trade restrictions on Huawei would be met with veto-proof bipartisan legislation.

“Huawei is one of the few potent levers we have to make China play fair on trade,” said Senator Chuck Schumer (R-NY) in June of 2019, before accusing then-President Donald Trump of, “backing down on China.”

“I’m all for getting China to address its theft of U.S. tech, but letting a national security threat like Huawei off the hook sends China exactly the wrong message,” said head Democrat on the Senate Finance Committee, Sen. Ron Wyden. “Donald Trump is telling the Chinese he’s willing to sell our secrets for a quick political win.”

“With what China’s been doing with cybersecurity, what Huawei’s been doing all over the world, and we’re going to back down?” Senator Ryan told Fox News. “I thought that was the one piece that we could count on President Trump to hold the line on for national security purposes.”

Ryan’s sentiments were echoed by Sen. Klobuchar: “I don’t think we should be doing business with them right now…this is a major security risk for America.” Klobuchar called the restrictions on Huawei necessary, “to protect our security and cybersecurity.”

“We need to remember that Huawei represents a threat to our national security,” said Sen. Werner bluntly.

As Huawei moved to work around the restrictions placed on it in May of 2019, often working to obtain American technology through third parties, U.S. authorities responded by tightening restrictions further in 2020.

Other countries have followed the U.S. in restricting Huawei for security reasons, including the U.K. and Sweden.

Though it is likely that the confirmation of Gina Raimondo will still take place this week, it remains to be seen whether these efforts to pressure the Biden administration into a strong stance on Huawei will bear fruit.

Whether or not Raimondo is confirmed, however, and even if the Biden Administration determines to remove trade restrictions on Huawei, legitimate doubts about the telecommunications company, and its reach, will remain.