Do the Polls Mean Anything?

Considering major pollsters would like to double their margins for error, probably not. 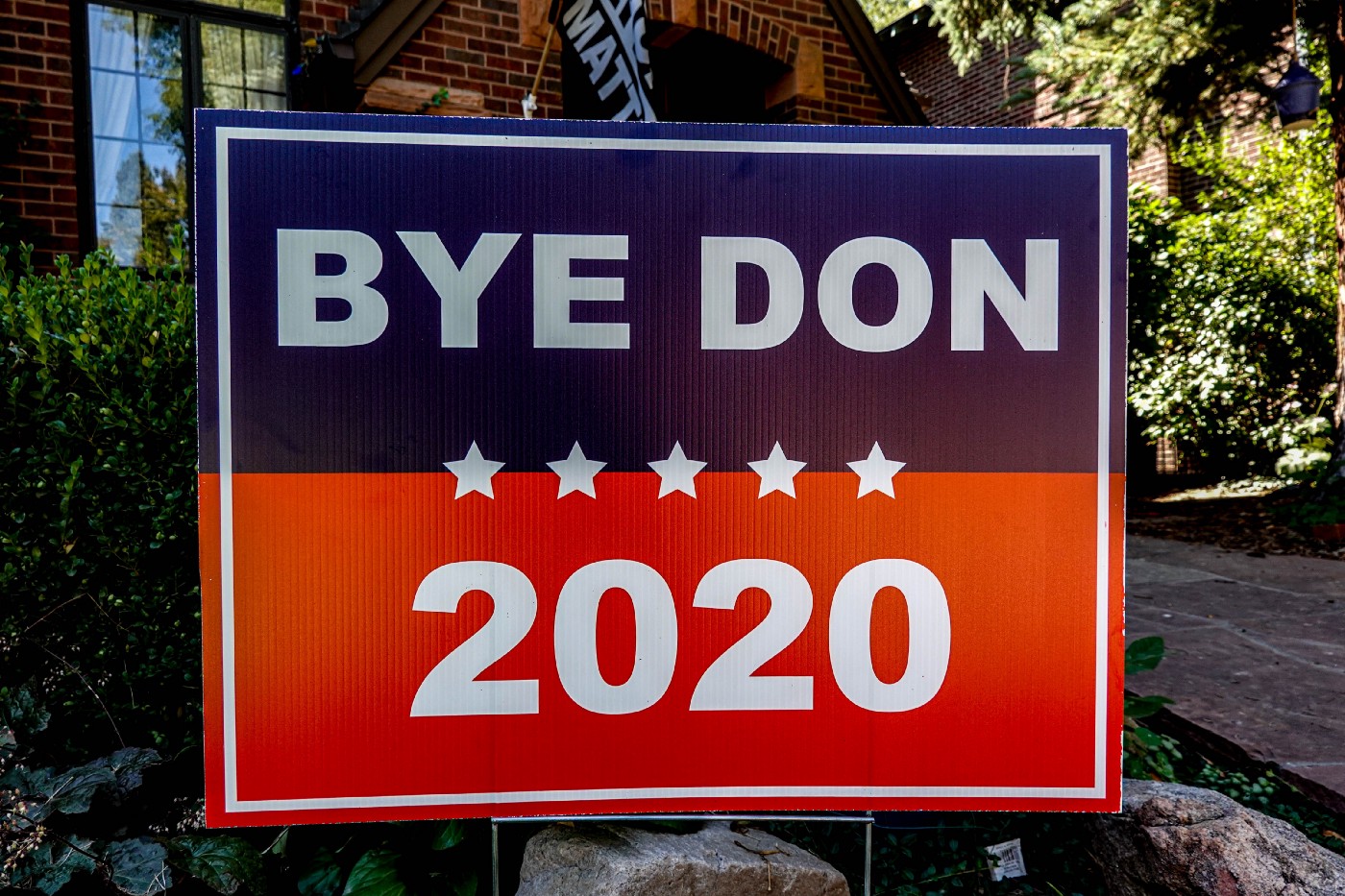 The Democratic Party is betting the House of Representatives, and a whole lot more, on the unpopularity of Donald Trump.

Are Democrats right to put all their eggs in the basket of Donald Trump’s unpopularity? Just how unpopular is he, really?

Do the polls mean anything?

Democrats are confident because Donald Trump’s negatives are in the toilet. Well, of course they are. After four years of every major media outlet in the country calling Trump everything from a Russian agent to a White supremacist on a daily basis, where else would his negatives be?

Besides over-sampling Democrats, these numbers don’t tell the whole story. The last chapter is yet to be written.

Joe Biden’s negatives might not be as low as Hillary Clinton’s- yet. Donald Trump’s ratings are where they are, and have managed to stay there through all the accusations of graft, tax evasion, racism, fraud, sexual assault, and high treason.

Trump’s ratings are as high as they are in spite of the Mueller Report, impeachment, and House Speaker Nancy Pelosi dramatically tearing up her copy of his State of the Union address on live television. Trump’s negatives reflect his performance on COVID-19, his reaction to the Geroge Floyd protests, the first debate, and his Twitter account in its entirety.

If Democrats think Hunter Biden’s laptop is the only October surprise in store for the Biden campaign, they need to think again. The ghost of Tara Reade is about to come back to haunt Joe Biden in his final stretch. Reade’s tell-all book detailing her accusations against then-Senator Joe Biden is scheduled to be released in just a few days.

Likewise, if Democrats think the Hunter Biden laptop stories- the revelations already published and the other shoes waiting to drop- won’t hurt Joe Biden, they are likewise laboring under a misapprehension. Ignoring Hillary Clinton’s email scandal did not make it go away in 2016; ignoring Hunter Biden won’t help Joe Biden, either.

Social media giants- in a misguided attempt to help shield the Biden campaign from fallout over the allegations- succeeded in doubling the reach of the Hunter Biden laptop story by initially banning it. This course of action proved so ill-advised, that not only did Twitter and Facebook back away from it as fast as they could, it drove Glenn Greenwald to appear on Tucker Carlson.

Ignoring Tara Reade’s book about Joe Biden won’t make it go away, either.

The giants of Silicon Valley obviously can’t suppress it. Biden’s supporters can cry foul all they like about the timing of the book, dropping right before the election as it will. But Democrats cannot in one breath claim Mary Trump’s tell-all about her uncle’s unfitness for office or Bob Woodward’s book exposing weaknesses in Trump’s COVID-19 response are recently-published must-reads for every informed voter and condemn Tara Reade’s book as a partisan hack job with the next.

In addition to not having all the information about Trump’s approval ratings versus Joe Biden’s on Election Day, which is still when most of the voting is likely to occur, pollsters are exposing holes in their methodology through which you could drive a large SUV.

First, there is the likelihood pollsters are missing the shy Trump voter. Second, many major pollsters still aren’t weighting samples by education. Third, polls are often conducted using sample sizes of less than a thousand respondents. Fourth, pollsters haven’t adapted to the extinction of the land-line. Those pollsters who have adapted may only think they’ve adapted.

They may have only managed to skew the results in favor of Democrats even more than ever. This is nice for progressive news consumers on a daily basis but it does not help Democrats on election day.

“By analyzing what people are saying on social media, we can see what people are thinking. Over time, as we start to see issues pop up in greater frequency around a candidate’s name, we’ll look at how people are talking about them. Is it positive? Is it negative? And are people starting to pick up on what we’re putting out there in the broadest media?” — Adam Meldrum. AdVictory. October 21, 2020

A careful observer might note a few problems that these polling companies are overlooking in their excitement over the many potential applications for online polling.

First, not everyone is on social media. This might be especially difficult for journalists to grasp, as Twitter is practically ubiquitous in the mainstream media universe.

In contrast, only about 1 in 5 Americans are on Twitter. 72% of Americans use Facebook. Of those numbers, only a fraction are responsible for the majority of the posts, likes, retweets, and other activity. So any analytical tool scanning social media metrics, no matter how advanced, can only account for those users who elect to use social media.

Secondly, and this is important: Not everyone tells the truth on social media. Do they?

A polling company like Avalanche Insights, which helped both Obama campaigns to victory, may think overmuch of the power to sample- online- as many ten thousand respondents. Compensations like rewards for “Candy Crush” help the organization recruit so many participants in the poll.

What about the voters who aren’t motivated by Candy Crush rewards? For that matter, what about voters who don’t really spend much time online at all, let alone playing match-3 video games? This voter is what is reallyhurting pollsters- even traditional pollsters like Marist’s which, in spite of 2016, have not chosen to weight their samples by education in 2020 and, as a result, show Joe Biden leading Trump by double digits.

“Neither ADVictory nor Avalanche Insights is working for either of the Presidential campaigns,” according to an article published in The New Yorker today, “but a company called Expert.a.i. has been sifting through hundreds of thousands of social-media posts to determine which candidate is currently winning the race.”

It is hard to trust the polls when an article titled “Can We Trust the Polls?”, where the upshot is that pollsters would basically like to double the margin of error this year, and even that might not be enough, can be published by a respected media outlet like The New Yorker.

Perhaps we’d be better off flipping a coin.

For pollsters in this election, with the exception of the ones who fear they are fighting the industry’s very last battle as it prepares to go the way of the Dodo, perhaps the greatest danger is that greatest of human weaknesses- hubris.

Instead of saying “If we double the margin of error, then we’ll probably turn out to be right, but even doubling it might not be enough,” perhaps pollsters should get used to saying, and political journalists should get used to reporting: “We have no idea.”