Democrats Sound All the Wrong Warning Bells About Trump

Impeachment is only one of the distractions Donald Trump is using to his campaign advantage. 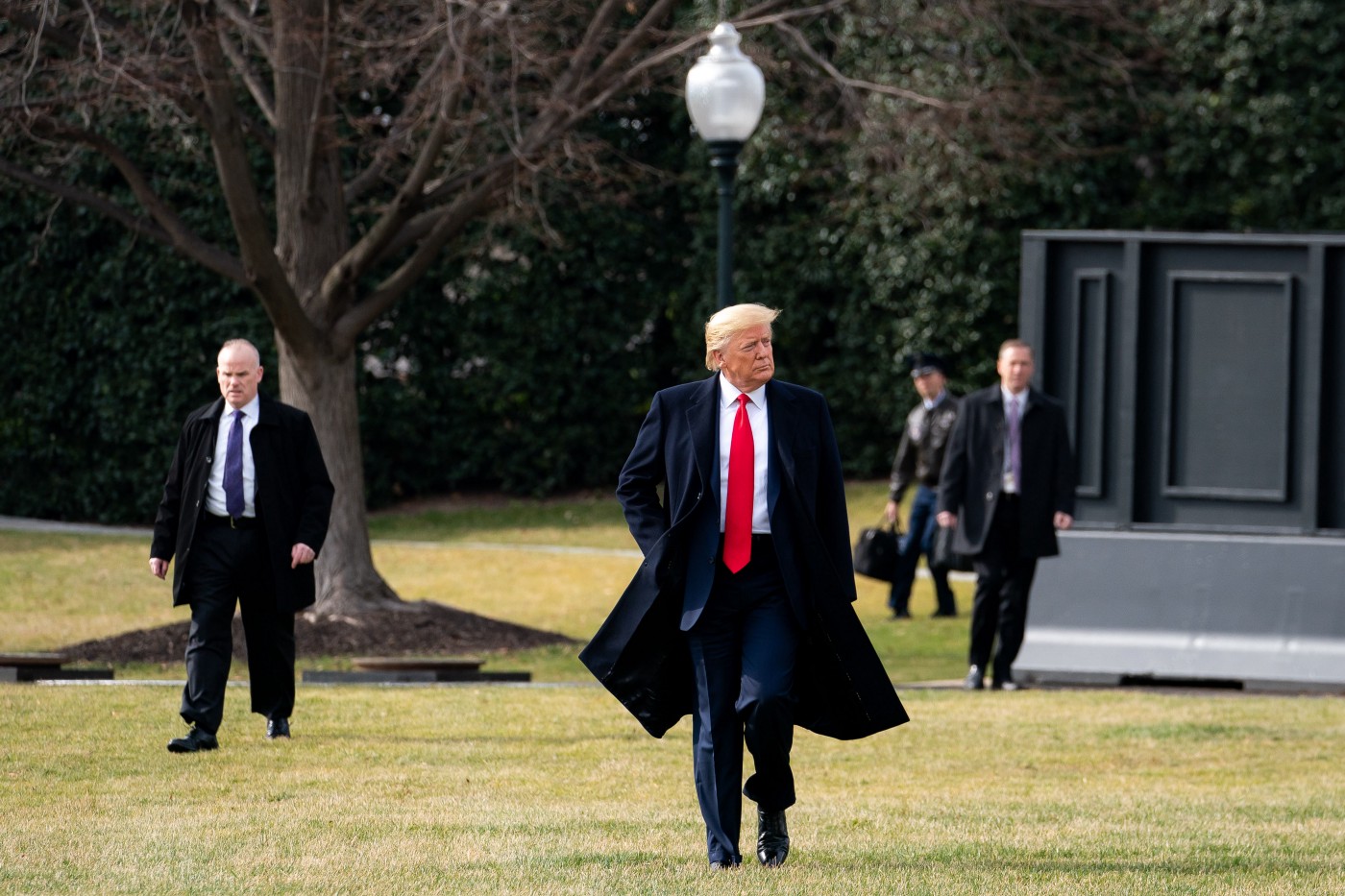 When more Democrats have heard of and hate Sarah Huckabee Sanders than Brad Parscale, Donald Trump is winning.

When Democrats are still invoking kids in cages, but they haven’t yet noticed that Trump’s “Remain in Mexico” policy, combined with the efforts of Mexico’s military forces, has proven so effective a wall, opioid deaths have even declined.

The approval rate for asylum cases under “Remain in Mexico” is about .11%, incidentally.

Attacking Sarah Huckabee Sanders, and her replacement Stephanie Grisham, is the very definition of shooting the messenger. Which makes no sense because the messenger has absolutely no power or real influence over the outcome of events.

Brad Parscale, on the other hand, is Trump’s campaign manager and is working night and day to get Trump re-elected.

While Democrats are crowing over an inconsequential, supposedly surreptitious recording of Trump requesting the firing of a Ukraine ambassador- well within his rights as president- and salivating over the thinnest slice of possibility that John Bolton might have something concretely damning on the President, they are blind to the real dangers.

Every moment elected Democrats and Democrats in the press spend entertaining fantasies that Donald Trump will somehow be removed from office by the Senate is one less moment spent defeating the real Democratic enemy in the 2020 election:

The Trump campaign, with Parscale at its head, (not, it might be noted by liberals wasting vituperations on Twitter, Sarah Huckabee Sanders) has a vast digital head start on the Democratic candidates who will run against him and on the DNC itself.

The Trump campaign team has been holding rallies and collecting mountains of data on each of the attendees; who they voted for in the last election, how many elections they have voted in, and who they have voted for in each. The level of data capture, and the pinpoint, concentrated accuracy with which it is being deployed to identify and register likely voters is staggering.

Make no mistake: The Trump team has an ultimate plan to get every single Trump voter to the polls on election day. Every person willing to even consider a vote for Donald Trump is being courted by a sophisticated digital system and an army of volunteers organized via app.

The Trump campaign is engaging in master-level digital marketing. According to some authorities it is the best marketing in the world.

“Mr. Trump simply used Facebook’s advertising tools effectively. He didn’t get elected because of Russia or misinformation or Cambridge Analytica. He got elected because he ran the single best digital ad campaign I’ve ever seen from any advertiser. Period.” — Andrew Bosworth, Facebook exec

There are other warning bells Democrats are likewise paying no attention to whatsoever.

The Republicans are united on the right, and this is most unusual.

The Democrats on the left, however, far from it. This is also unusual. House Speaker Nancy Pelosi is facing a daily, multi-level mutiny from the more left-leaning members of her caucus. Progressives are challenging moderate incumbent Democrats from the left in primary elections, wasting valuable resources in a time when Democrats are fighting for their lives.

With the country almost evenly divided between Democrats and Republicans, it isn’t hard to understand why this type of dissension in the ranks is a major headache for party leaders like Pelosi.

In many ways, she has helped create the monster.

Donald Trump has been so caricatured into an evil monster by the press, formerly right-thinking serious journalists are publicly embarrassing themselves by postulating on the basic goodness of Iran’s authoritarian government, Qasem Soleimani and Abu Bakr al-Baghdadi in order to attack him.

What did Democrats expect: 93% negative media coverage of someone is enough to convince every aspiring liberal activist from the Bronx to Bakersfield to run for office. Why wouldn’t they? They believe Donald Trump is an existential threat to the very fabric of their lives.

“The problem is that their [Democrats] blind indignation for President Trump is clouding their judgment and pushing them to the brink. They’re punching back at their magnified perception of Trump, not his actual policies.” — Bill Bennett: “Democrats have made a sharp left turn: Here’s what’s behind it.”

Voters don’t have to look far for where this “magnified perception,” originated: The media has perhaps done their job of painting Trump as a would-be Hitler only too well.

But the biggest alarm bell Democrats are missing while distracting themselves with comforting impeachment fantasies is the undulating weakness of the Democratic field of presidential candidates.

Each of the debates has left the Democratic electorate feeling a little more flat. Even those excited about the prospect of a true progressive like Sen. Bernie Sanders being the nominee are desperately afraid he will alienate moderates and hand the race to Donald Trump.

And in spite of the enthusiastic groundswell of supporters Sanders supporters, he is still a candidate with his own set of weaknesses, some of them grave.

Former Vice President Joe Biden has long been considered the front runner, but nobody who has watched even one of his debate performances- particularly the last one- could seriously believe Biden has a chance at winning.

The entire race has been a systematically poor performance by Biden.

CNN contributor Van Jones had perhaps the most succinct take-away from the last Democratic debate.

“And I want to say that tonight for me was dispiriting. Democrats got to do better than what we saw tonight. There was nothing I saw tonight that would be able to take Donald Trump out, and I want to see a Democrat in the White House as soon as possible.” — Van Jones

“I came away feeling worried for the Democrat Party.” — Van Jones

Considering Jones was one of the only Democrats willing to say from the beginning, although he later walked-back his prophetic statement, that the Mueller investigation was a big fat nothing burger, Democrats might want to listen this time.

Prominent Democrat and MSNBC host Al Sharpton agrees: “I didn’t see anybody on the the stage that can take on Trump.”

If Democrats don’t start paying attention soon, Donald Trump is going to beat them in November.