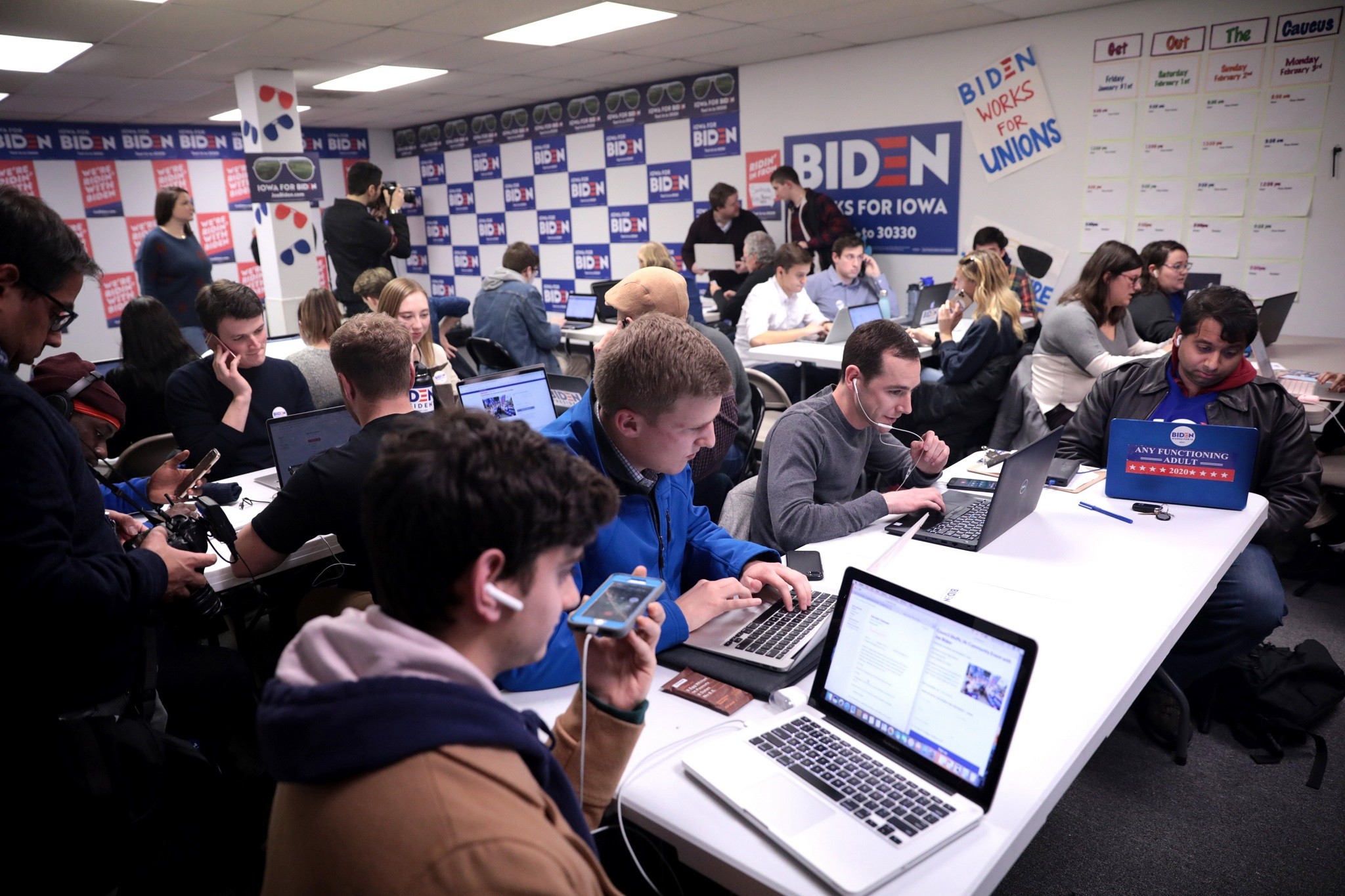 “I’m waiting for someone to move me.”

“Where’s their commitment to the future, I want to know?”

“How are they going to unite us?”

Though these may sound like excerpts from an online dating profile, the above statements are actually common sentiments, commonly expressed by voting Democrats in Iowa and beyond.

The Iowa caucus is tonight.

And Democrats are still waiting for Mr. Right.

They need to stop immediately.

This isn’t the movies. This isn’t a sitcom where people pretend to be poor and struggling while living in spacious flats over Central Park. This isn’t a rom-com where things always turn out all right in the end; no action flick where people survive all manner of acrobatic hijinks and general skullduggery.

No knight in shining armor is going to ride up on a white horse to rescue the Democratic Party at the last possible moment.

The Democratic Party needs to get real, and fast.

First, that requires saying a difficult goodbye. It’s time to leave the past in the past. And as break-ups are painful, we better do this quickly.

Barack Obama, bless him, wasn’t the rule; he was the exception to the rule.

That a U.S. president, a mere politician, could have somehow dazzled the public and the American press corps to such a degree is so truly mind-boggling we don’t appreciate the singularity.

He was and is wildly popular in a way no Thomas Jefferson, George Washington, or Abraham Lincoln ever dreamt of being. They may be iconic in death; Barack Obama was and is iconic in life, a legend in his own time.

Obama was a one-off; a Jay-Z loving, fist-bumping, master orator bursting with charm, wit and youthful idealism. He was also an idea that’s time had finally come.

No force on earth can stop an idea that’s time has come; and powerful forces did try in 2008 and again in 2012.

But in a major victory for the civil rights movement that would have made it’s founders weep with joy, the U.S. elected its first African-American president to much fanfare. Democrats rejoiced. And loyalty to Barack Obama covered the earth- well, the blue states, anyway.

Even after Obama’s first term proved less than memorably stellar, progressively speaking. Even though his administration continued many of the same policies and practices Democrats had judged so objectionable during the previous administrations.

Drone bombings increased under Obama. The U.S. was drawn deeper into armed conflict in Afghanistan- in what we now know was a massive failure by the Obama and Bush administrations which included a concerted effort to conceal the extent of those failures from the public.

The economy didn’t exactly prosper. But we were reassured most assiduously and politely by the Obama administration, the Democratic Party and Obama himself, that sluggish economic growth was the new normal. To get better results, we were assured, a president would need a magic wand.

Before Obama, no one really expected much from politicians so it wasn’t so farfetched.

Obama had something more inspiring; he made politics and the White House cool for perhaps the first time in history.

But the Clinton’s were still two of most bookish, nerdy, couple of student council presidents to ever double-check footnote references in a dissertation on a Saturday night.

And if the White House wasn’t cool, the U.S. Congress certainly wasn’t in any way cool in those days. Neither former House Speaker Newt Gingrich nor John Boehner, or even Paul Ryan for that matter, were regarded as cool.

The Regan White House may have had its cool moments. Regan was a movie star, after all. John F. Kennedy certainly seems to have been beloved in the press. His highly photogenic family captured a tiny corner of the public imagination; the tragic life of a doomed political prince captured a bit more.

But outside the beltway no one paid much attention to Capitol Hill.

Celebrities didn’t stump for politicians, as a rule; they didn’t hang out with or overly admire the political set. If anyone bothered to air a Christmas special in the Bush years, for instance, a few people might have watched it.

If a celebrity did take an interest in politics- like Elvis- it used to be a big deal.

After Obama, it is easy to understand why Demcorats would feel that the 2020 Democratic primary field is lackluster. Iowa voters feel like they are entitled to someone who inspires the kind of feelings they had for Obama.

It’s time for a hard truth:

There might not be another Obama for a generation. If ever.

Democrats in 2020 should be glad they lived to see one Barack Obama. There might not be another one.

Before Obama raised the profile of politics and the White House in society, no one paid attention to politics.

Now that President Donald Trump is our reality, everyone is finally paying attention. Which is what is making Democrats in Iowa and other early voting states so nervous.

They are paralyzed by the fear of choosing poorly. Beating Donald Trump has been elevated to such colossal importance, failure has become unthinkable. But the task- campaigning, fundraising, building a coalition, organizing support and supporters- remains the same.

When the tightrope is a thousand feet in the air, the task of crossing it appears much harder. But the act of crossing it is the same at 5 feet or 500. Only the stakes change.

It is time for Democrats to bring that tightrope back down to earth.

Donald Trump isn’t responsible for all the problems facing society. This isn’t a battle between good and evil; it’s only a presidential election. The contentious interplay between the social forces of conservatism and progressivism will remain long after Donald Trump is gone.

What do Democrats intend to do about it?