Democrats Must End the Showdown

Compromising border security does not help immigrants and the shutdown doesn’t help anyone. 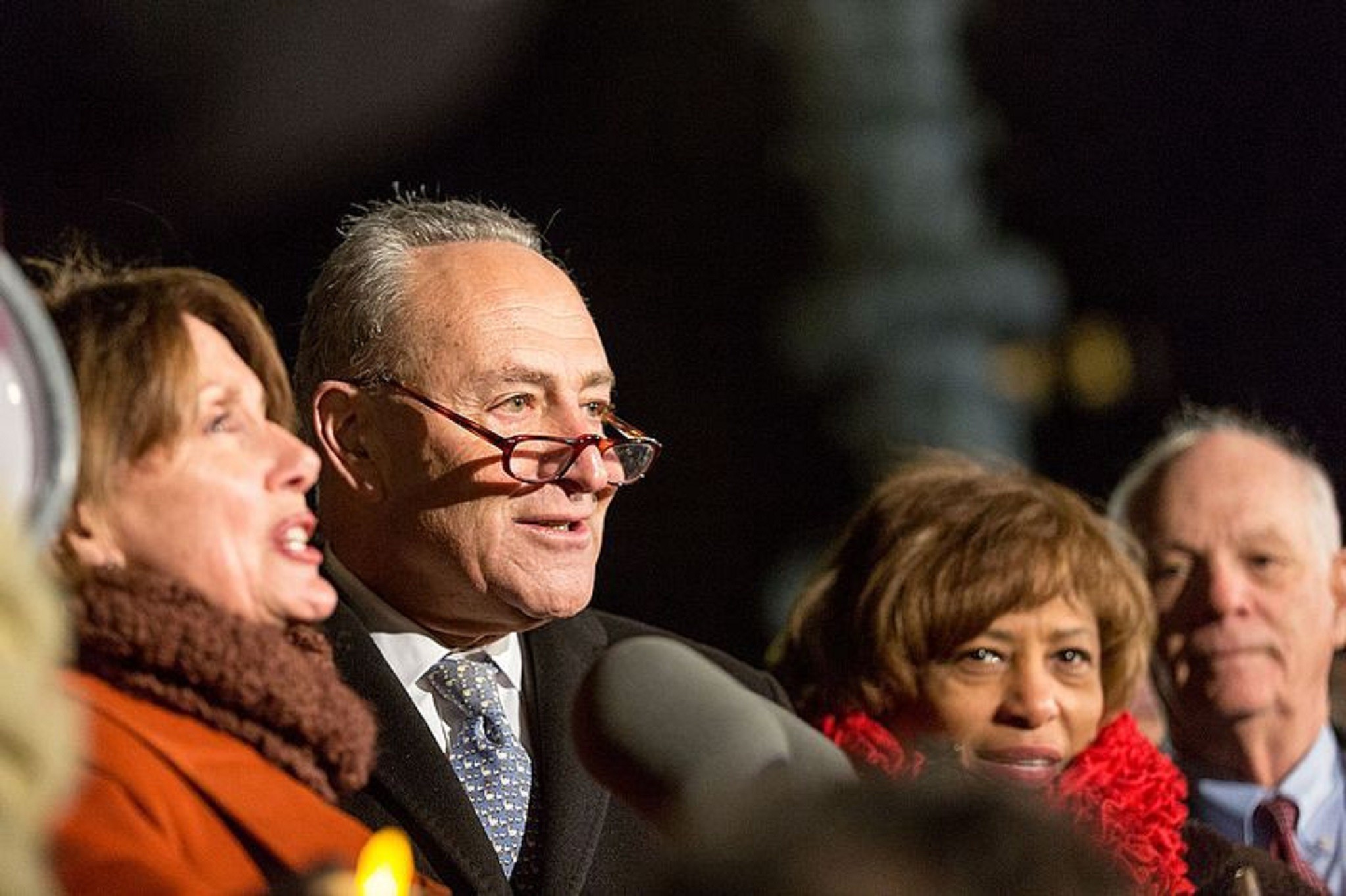 The Government Shutdown Starts to Bite

All across the U.S., the government shutdown, now dragging past its third week and well past the point of the longest in history, continues to wreck havoc in a number of vital sectors.

For instance, President Trump lost his kitchen staff and had to resort to serving the College Football Playoff National Championship winners, the Clemson Tigers, a fast-food buffet of cheeseburgers and fried chicken. Feast Fit For A Burger King: Trump Serves Fast Food To College Football Champs.

After suggesting that the State of the Union speech be postponed, Speaker of the House Rep. Nancy Pelosi’s scheduled overseas trip was summarily cancelled, some speculate in retaliation.

“Due to the Shutdown, I am sorry to inform you that your trip to Brussels, Egypt, and Afghanistan has been postponed. We will reschedule this seven-day excursion when the Shutdown is over.” — President Trump in a letter to Rep. Pelosi this week

Donald Trump and Nancy Pelosi may be starting to feel the pinch, but they aren’t the only ones.

10 Ways the Government Shutdown is Hurting the U.S.

How will this crisis be resolved?

Can Trump Help the Democrats?

President Trump could end this shutdown with semantics.

IT IS NOT A WALL. Yesterday, STOP saying wall. The border security measure is very little wall, and what wall is proposed is mostly to reinforce sections of already existing wall.

“This whole debate is a classic case of one side attacking the other’s worst arguments instead of seriously addressing the actual proposal. Democrats need to stop assuming we are talking about a continuous 2,000-mile wall. Republicans know that’s not practical.”

“The budget’s small allocation of $5.7 billion that President Trump has requested would build 234 miles of wall. It’s a start. We know that border security is a multifaceted problem, that security at unwalled segments can be enhanced by drones, sensors and additional patrols, and that the Rio Grande requires a different approach.”

Do: Help the Democrats Sell the Wall

Trump has been getting a great deal of love from his base lately; the economy is good, jobs are coming back. House Democrats are not so fortunate in their friends; from their further-left colleagues, to their deeply incensed voters, to their campaign donors, Democrats are under tremendous pressure to deliver.

Trump is going to have to help them:

Border security and illegal immigration actually have very little to do with each other. Most immigrants in the U.S. illegally are on expired visas, or they arrived in the U.S. via other ways that did not involve crossing the southernmost U.S. border.

There is no question that plenty of immigration policies DO need to be addressed; the vast backlog of immigration hearings (currently more than 786,000 pending cases) and visa caps per country are two great places to start.

Compromising border security, however, is not a good way to help immigrants, legal or otherwise.

Democrats Must Admit a Need for Border Security

The problem is much worse today, with families and children overwhelming border patrol resources and facilities which are slow to respond to the changing need after decades of dealing with single male immigrants.

“The border crisis didn’t change between 2014 and now. The only thing that changed was who’s in the White House and how the media reported on it.” — Eddie Scarry, “Media Had No Problem Calling It A Border Crisis in 2014 Under Obama,” Washington Examiner 1/10/19

Some Democrats are already starting to admit that there is a legitimate need for border security:

“Some fencing has uses. Some barriers are useful.” — Sen. Jeff Merkley (D-OR)

“If we have a partial wall, if we have partial fencing, if we have technology used to keep our border safe, all of that is fine.” — Rep. Cheri Bustos (D-Ill)

There certainly is a problem with U.S. border security: The largest single group of migrants ever tunneled under a border wall in Arizona this week.

Border security isn’t all bad. The most vulnerable migrants, women and children, need protection from dangerous elements in their midst.

Fentanyl could kill you and everyone on your block with only a tiny amount.

Anyone, at any time, could become injured, endure surgery and physical therapy and become dependent on Fentanyl. The illicit trade of Fentanyl must be stopped. People are dying of overdose in America every day by the thousands.

The border security measure involves Fentanyl fighting tech; anti-tunneling, satellite and GPS tech designed to stop the flow of this deadly substance over the southern border of the U.S.

What President Trump absolutely must not do under these circumstances, is declare a National Emergency.

Using this political stalemate as an excuse to declare a National Emergency is the worst thing Donald Trump could do at this point in history.

Regardless of intention, a move to seize power like that will be cast by the left as tantamount to a coup. The U.S. media will waste no time whatsoever in declaring that Trump the Dictator, of whom they have been so loudly warning about since 2016, has finally materialized.

Declaring the shutdown a National Emergency, with all the incumbent extra executive branch powers, will play right into the hands of Trump’s detractors, proving, in their minds anyway, that they were right about Trump all along.

The shutdown, and the delay over reopening the government, may even be an attempt by Democrats to force Trump to declare a National Emergency, just so they can have a legitimate reason to demonize him in 2020…if they even have to wait that long.

No End in Sight

During a meeting this week between the President and Congressional leadership, Nancy Pelosi flat out said she would not consider funding the wall if President Trump agrees to reopen the government while border funding negotiations continue.

If she is unwilling to even consider it to reopen the government, the stalemate and shut down will continue indefinitely.

So far, congressional leadership has yet to make any reasonable counter offer, or even consider compromise.

As long as the Democratic Party and the left-leaning mainstream media continues to paint border security as a racist Great Wall of China, no progress can be expected.