Can Democrats Afford to Play it Safe With Joe Biden?

Ships may be safe in the harbor, but that’s not what ships are for. 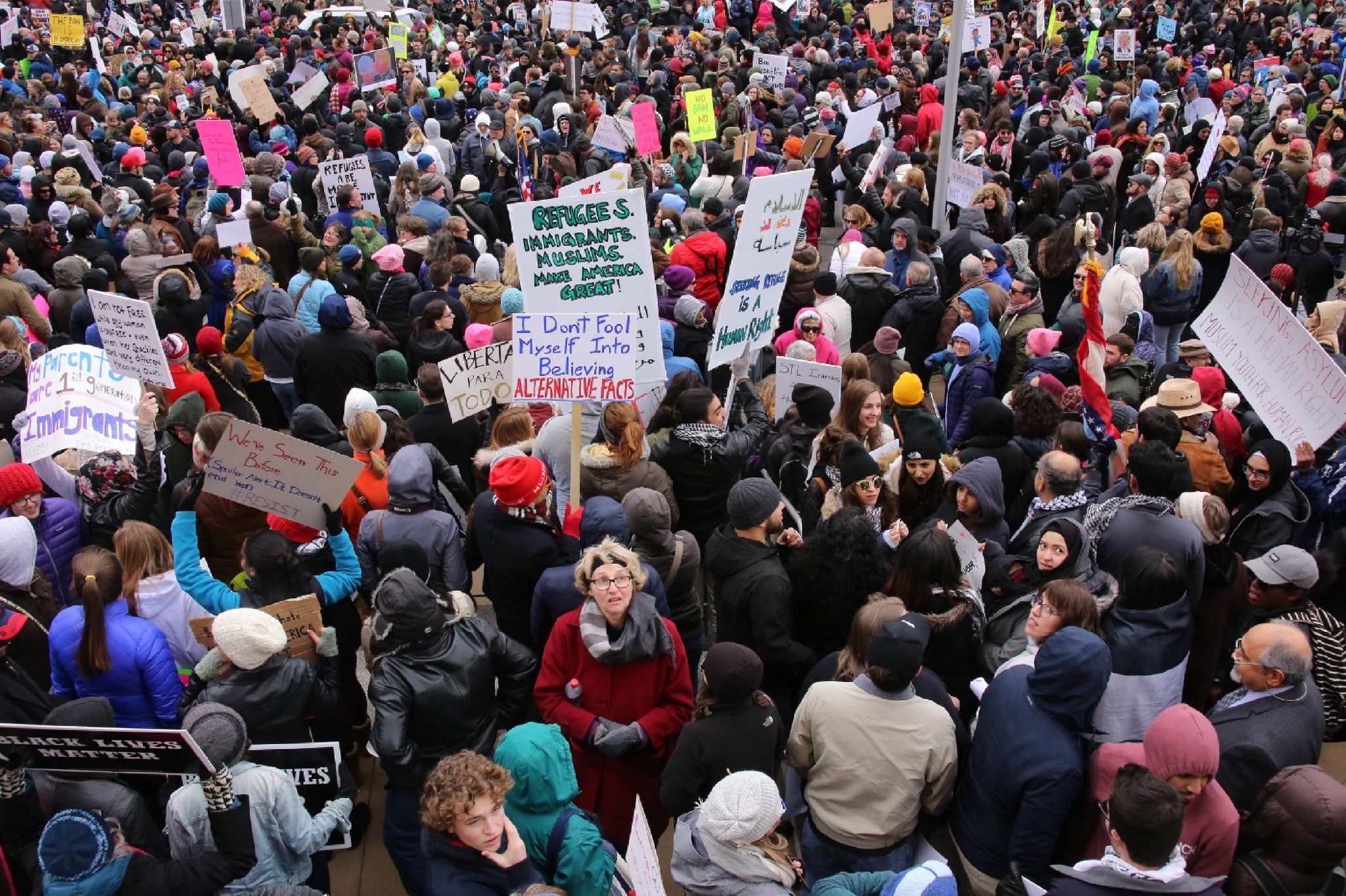 And Then There Were 10

The Democratic field for U.S. President has officially diminished today, with more than one high-profile candidate hanging up their spurs.

Self-help guru Marianne Williamson won’t be making an appearance at the next Democratic debate. This is good news or bad news, depending on your personal bent. While there is no question that Williamson was one of the more compelling candidates of the last two debates, whether she was good for the reputation of the Democratic Party is a matter still open to debate.

Sen. Kristen Gillibrand announced her withdrawal from the race just ahead of the deadline to qualify for the next debates. Billionaire Tom Steyer failed to make the cut, proving, as if proof were needed, that money isn’t everything.

Sen. Michael Bennet and Montana Governor Steve Bullock won’t be making a showing at the next debates either; nor will Rep. Tulsi Gabbard.

Now that the field has narrowed to ten, Democrats deeply worried about Donald Trump’s chances at reelection in 2020 can finally get down to brass tacks.

Next month in Houston, voters will finally get a closer look at those who have risen to the top.

Some have spent their campaigns stumping, not for a seat in the Oval Office so much as for greater visibility in the party, to raise their profile, to sell books. If they said sometimes outlandish things it was because they needed visibly; they needed a viral reaction. Some may still be hoping to be named running mate by the eventual winner of the Democratic contest.

Which, optics aside, still looks to be Joe Biden.

The former Vice President and Trump's fellow septuagenarian is viewed by many moderate Democrats as the only person who can save the party from its dangerous swing to the left. And from what it might mean for purple districts in danger of turning red on the tide of the Trump economy.

These stolid prognosticators have the best interests of the party, and their country, at heart. They understand how these things work. They are like the Swiss watchmakers when confronted with the quartz digital revolution; “Don’t tell us how to make watches.”

Donald Trump has utterly unbalanced the equation, the media, Republicans, world leaders, Democrats, the press, the family dinner table and the water cooler.

What Democratic leadership fails to realize by playing it safe with Biden is that it might be too late; the damage has already been done- like Republicans who argue that Donald Trump’s vulgarity is a sunk cost which can never be recovered and thus must be remade into some kind of new lemonade.

The Democratic veer to the left- whether it was simply an equal and opposite reaction, a reflex to the egregious daily transgressions of Donald Trump; or an idea that’s time had come- is a genie that will not go back in the bottle. It is sunk cost. For better or worse, Democrats must own it.

The other thing Democratic leadership fails to factor into the equation that gives the answer “Joe Biden” is that liberal voters are mad.

Do not underestimate the power of sheer hatred for Donald Trump to pull every able-bodied registered Democrat to the polls on Election Day, perhaps with a few new friends unable to drive themselves in tow.

Rather than take this energy and unity for granted, the Democratic Party must use its momentum to elect someone who stands for change.

If the Democratic Party would have told its nation-wide constituency in 2016, post-Trump election, that Joe Biden would be its best hope for removing Donald Trump from office in 2020, Democrats might have responded properly.

Any sensible Democrat in 2016- even one still reeling from the one-two knockout punch that was Donald Trump beating first the Republican Party to win the primary against establishment candidate and heir apparent Jeb Bush; then beating the Democratic Party and it’s establishment candidate and heir apparent Hillary Clinton- would have responded the same way.

The Democratic Party seems to think it can still play by the rules. Perhaps leadership still believes that getting rid of one unruly player- Donald Trump- will see the game returned to civilized civil service and business as usual.

The Democratic party cannot now be afraid and paralyzed by the speed of its own transformation and try to slam on the brakes; it is too late to avoid a collision. Overnight, it seems, positions once occupied by the furthest fringes of the left are all anyone seems to talk about these days.

This is not something Donald Trump’s reelection team are going to let voters forget in 2020, no matter how centrist the remaining candidates play it in the months to come.

Perhaps this is because politics has become so much more a spectator sport. People want to watch gladiators having at each other with pithy one-liners and sick burns using 140 characters or less.

Gotta give the people what they want.

No one wants to watch a bunch of nerdy policy wonks and wonkish accountants have a serious discussion about tax policies and complicated regulatory issues for dozens, hundreds of hours; over the weeks and months and years and decades it takes to pass responsible bipartisan policy that actually has a positive impact on people’s lives.

That’s why no one watches C-SPAN.

The founders didn’t create the process to be easy or straight forward; it’s supposed to be hard. More to the point, it is supposed to be hard for any one person, or even one group of people, to get their way. But that’s reality. People don’t want reality; they want the dream.

Democrats want the perfect candidate to come riding in on Segway and save the day. They want a hero.

Playing it safe didn’t win for the Republican Party in 2016. If it had, we might even now be sedately discussing the first years of the President John Ellis ‘Jeb’ Bush administration compared with those of his father and brother.

Playing it safe didn’t win for the Democratic Party in 2016 either. If if had, we might be discussing how the first years of the President Hillary Clinton administration were faring on the balance in contrast with that of her husband. Who, even now would be dealing with his own #MeToo fallout from the confines of the Oval Office in his role as First Husband.

Democrats didn’t win by playing it safe in 2018; the candidates that rode the blue wave to fortune and glory were the anti-establishment candidates. They were against-the-grain candidates.

Is the clutching at the old guard merely a reflex; the way a terrorized animal who barely escapes the trap high-tails it for home and can’t relax again until he gets there.

Democrats seem unable to move forward, too traumatized and dispirited to do anything but run home to Pelosi and Biden, maybe spend a night in their childhood bed, underneath that old Obama security blanket.

But this isn’t the forest; it’s more like the jungle. And America isn’t out of it yet. Scampering home is not an option; we are still being hunted. We are still ensnared in the trap.

Another four years of Donald Trump.

Confronting this truth means Democrats need a strong candidate who understands the game Trump is playing and how to beat him at it. Because make no mistake, right now Trump is winning.