Democratic Blind Spots Give Trump an Advantage in 2020 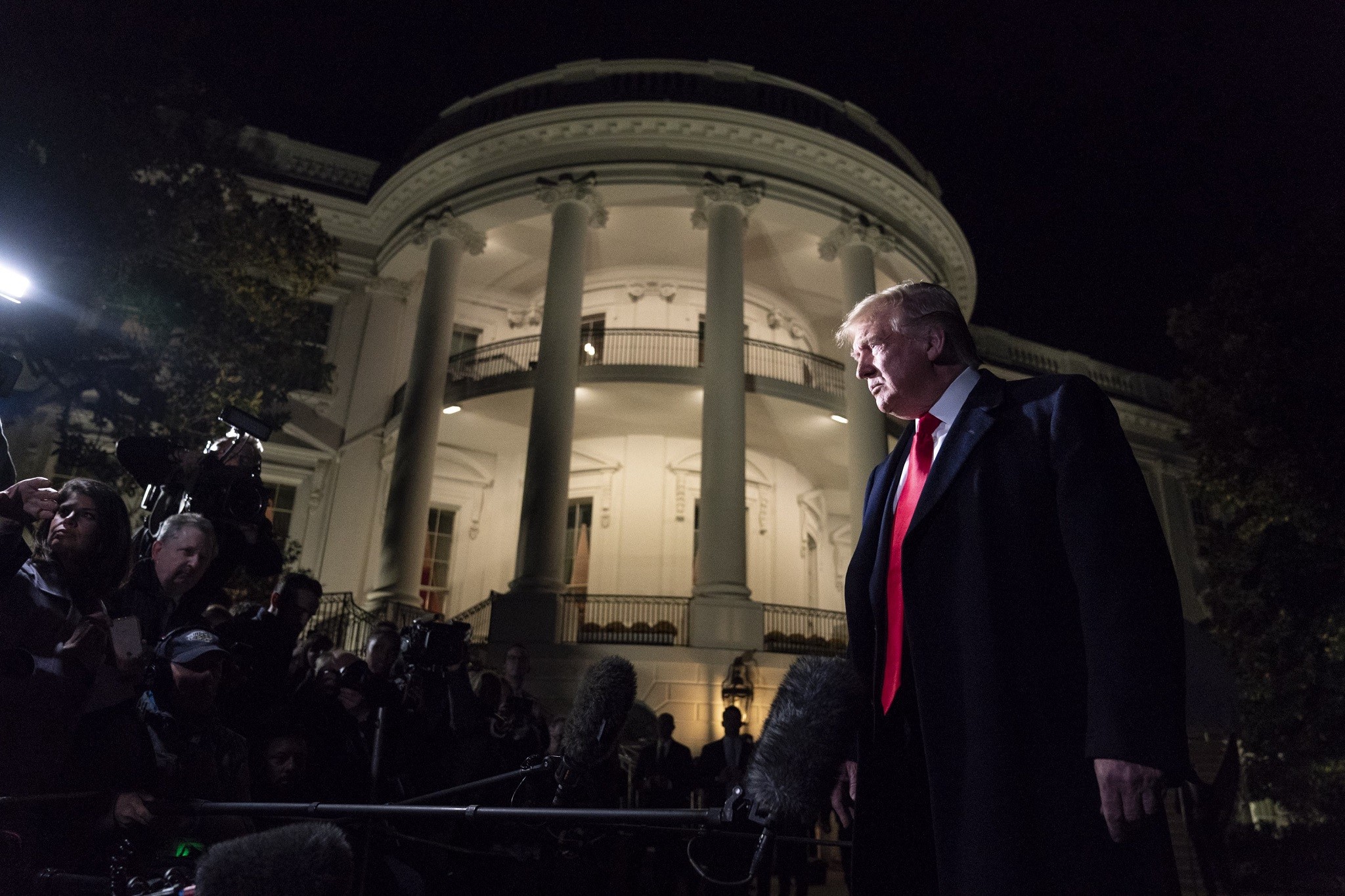 President Donald J. Trump talks to members of the press on the South Lawn of the White House Saturday, November 2, 2019, prior to boarding Marine One to begin his trip to New York City. (Official White House Photo by Joyce N. Boghosian)

The fine art of calling someone out publicly has certainly evolved in our modern Information Age. Trump has evolved with it.

In 2019, dragging someone’s name through the mud is faster and easier than ever before. It’s practically free. A child can do it, and they do. Anyone can shame anyone for any reason- instantly and permanently.

Woe betide the rude customer, the trash-talker, the long-line tantrum-thrower, the road-rager, and those prone to the occasional public meltdown. Everyone has a hi-def camera to hand these days and public shaming is possible on a wider scale than ever before in human history.

Philosophically speaking, the concept of personal “honor” may no longer be relevant anyway, in a polite society that has outlawed aggrieved parties from dueling to the death over slights real and imagined.

There are some in the public eye who seem to inherently understand this.

There are those celebrities, political figures, and business scions who weather a fair amount of personal shaming and honor-impugning on a regular and ongoing basis. They understand that since it is no longer popular to die for honor, and the concept of “death before dishonor” died long before any of us were born, one must learn to live with a little public shame from time to time.

There are even those rare souls who appear to take public affronts to their honor and mass ridicule in stride, though whether all that concentrated hatred eventually gets to them, we mere mortals can only guess.

Of those strange creatures who seem to positively revel in being the villain, Donald Trump stands out.

His critics say he was born without the shame gene.

They say a lot of other things, too, of course. But Donald Trump doesn’t care at all. He may snap back, and even enjoy doing so, but he certainly hasn’t modified his behavior or “toned it down” one iota.

On the contrary, he has done virtually nothing to make himself less of a target for the left and virtually everything to increase the size of the bullseye on his Twitter page.

Trump’s thick skin is impressive and Democrats underestimate it at their peril.

Consider the five fears Buddhists believe are anathema to human happiness: Four out of the five have to do with public shaming, and the other one is death.

Besides death, humans fear loss of livelihood, loss of reputation, madness, and public speaking; all of which modern public shaming can definitely result in. A good public shaming often goes far beyond the mere loss of a single job and the ruination of a reputation. The shamed are often financially crippled in their field and in society permanently.

That is, permanently as far are anyone knows thus far. Not enough time has passed to determine if the publicly shamed ever truly recover in the long run. Let’s ask Monica Lewinsky about it.

Trump’s armor plated imperviousness to public shaming may be to his great advantage, but it isn’t his only advantage heading into 2020’s contentious race for president.

Democrats underestimating the Trump campaign machine are setting themselves up to experience a level of disappointment that makes 2016 look like a trip to Disneyland.

The Trump campaign is staging huge rallies in major swing-voter centers across the U.S. and collecting vast amounts of data on every voter and potential voter who attends. And it has been for over six-months.

The two Democratic strategists now desperately throwing in $75 million in order to help Democrats “close the gap” between themselves and the Trump digital game are a bit late to the party.

And when it comes to tech, “a bit late to the party” means prehistoric. It means Democrats are starting from behind when they should be way out ahead.

Because everything the Trump campaign learned, it learned by studying Barack Obama’s campaign in 2008 and what went wrong for Republicans.

Trump’s nationwide reelection team is an operation so sophisticated, so well-organized and staffed, that campaign volunteers are coordinated entirely via app with no need to maintain expensive brick-and-mortar campaign headquarters.

The Trump campaign headquarters is everywhere.

His reelection team knows where the voters who voted Trump in 2016 but stayed home in 2018 are; they know who is registered who has never voted before. They know how many elections people have voted in over the last few decades.

Trump/Pence 2020 knows precisely where their voters are and how to turn them out for election day. Trump has the money, the numbers, the ground game and the digital mastery.

Democrats continue to attempt to publicly shame Trump out of office, or Trump supporters out of voting for him, but it is an exercise in futility.

Trump voters have not been eagerly waiting for someone to prove them wrong- and terribly wrong- about Donald Trump. On the contrary; they will grasp onto every last straw Trump thrusts at them. They want to be right about him; and he wants them to think they are right about him.

It is a match made in call and response heaven. Why do you think Democrats are working so hard to convince the government to break-up big tech? They fear the reach of Trump’s message without the built-in safety valve of everything reaching the public being vetted through the U.S. media complex.

They are right to fear it.

Especially since the U.S. media complex continues to be embarrassed and/or embarrass itself lately quite as often as Donald Trump complains it does.

Witness the Washington Post’s recent be-clowning of itself in the aftermath of the raid that killed Baghdadi by describing him as an “austere religious scholar” who courageously blew himself up rather than submit to capture.

If Democrats, and their supporters in the press, continue to dismiss, demonize and underestimate Donald Trump, the Trump campaign is going to trounce Democratic candidates in 2020.

And Democrats will have no one to blame but themselves.