Why Chicago Mayor Lori Lightfoot and other prominent Democrats aren’t on board with defunding the police. 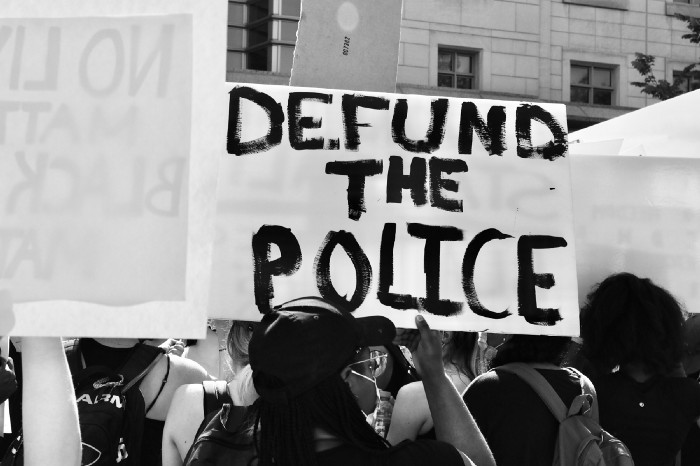 There aren’t many Democrats who don’t believe in the need for criminal justice and policing reforms in America, if any. Democrats disagree, however, and vehemently, about defunding the police.

While some Democrats believe nothing less than defunding and abolishing will eradicate what is broken in our criminal justice system, there are more than a few prominent Democrats who believe reforms can be accomplished without such drastic measures.

They tend to be more moderate, practical in terms of what voters are likely to support and realistic about real-world impact.

Rep. Jim Clyburn is among the ranks of these. He stunned his fans and stupefied his critics last week by advocating for paying police officers more, rather than stripping police departments of funds.

Clyburn and other Democrats who don’t favor defunding the police point to a harsh reality: Cities that have tried it, like Minneapolis and Portland, have not only failed, but failed so badly as to set criminal justice and policing reforms back decades.

In Democrat-voting areas where crime is skyrocketing, new converts are evaporating. If this continues, ballot measures to reform policing aren’t going to be passing anytime soon.

Democrats like Rep. Jim Clyburn are perhaps correct to remind progressives of another important truth: Beat patrol officers are the minimum-wage workers of the law enforcement world, the lowest rungs on the ladder.

It is possible that the Democratic Party should be helping them- angling for better training, better pay, more protective equipment, safer work environments- not allowing those further up the chain of command to hang them out to dry.

Moderate Democrats are right to point out that passing better laws would be more effective than an endless cycle of systemic injustice and pointless scapegoating.

And as Chicago Mayor Lori Lightfoot pointed out, defunding police departments would mean newer officers would be cut because of union contracts and seniority. Since the newer officers tend to be more diverse hires, the net result of defunding the police, according to Lightfoot, would be a smaller, more ineffectual, Whiter, police force with less training.

Lightfoot reminds those in favor of defunding that it would be the poorer areas of Chicago who would see the consequences in terms of rising crime and violence.

After stripping police budgets, deep blue cities like Minneapolis and Portland have seen a distinct set of consequences. First, crime in those areas, including violent crime, has shot up significantly. Not in wealthy areas, of course. Wealthy enclaves, gated communities and gallerias have merely beefed up security.

No, it’s the poorer neighborhoods that have been plagued by a rise in violent crime not seen since the bad old days of the 1990’s.

As a result of this most recent surge in crime, ordinary people, small business owners and community faith leaders alike have begged- begged- their city governments for help, for more police.

But they haven’t gotten it, because of the second thing that has been inevitably happening when city governments have actually defunded their police departments.

Law enforcement officers, from Portland to Seattle to Philadelphia, are quitting by the dozen; retiring early, transferring to smaller towns, resigning. Besides all the money city governments have invested in training these officers, and the expense of training and hiring new ones, there are new, unwieldy budgetary constraints to consider and gaps in service.

In Portland, for instance, a police unit dedicated to reducing gun violence was cut recently, with the predictable result that gun violence in Portland has skyrocketed. Portland PD has had all it can handle these many months to answer 911 calls.

Bear in mind, some of these police departments are now very diverse. Portland PD- Portland being one of the whitest cities in America- was especially proud of its diversity. That is, until the position of diversity officer was eliminated under recent budget cuts.

Clyburn and Lightfoot have a point, and theirs is the best point of all: We can’t take a course of action that will end up hurting the people it was trying to help- we can’t afford to.

If all the police departments nationwide were disbanded tomorrow, wealthy people would be just fine. Former police officers would have no trouble finding work at the myriad private security forces which would spring up like toadstools overnight.

Criminals would know what criminals have always known: Rich people protect their money. Poorer people are easier to rob. As a famous movie villain once said, steal a thousand dollars, you can get away with it; steal a $100 million and they will find you.

Most criminals don’t rob banks because banks will find you. That is, if they don’t stop you. Banks have security vaults, codes, alarms, bait money, trackable serial numbers on their dollars. If a criminal does manage to rob a bank, federal authorities will descend with all the investigatory powers of the federal government.

Better to stick with gas stations. And not the chains either, see above. They too have time-locks, money safes, alarm buttons, security cameras, well-trained clerks.

Which is why most criminals- petty criminals, career criminals, violent criminals, et al- stick to the places they know best. Their own neighborhoods; their own neighbors. Small businesses. Neighbors who can afford to do little more than lock their doors at night. Some communities, like those comprised of undocumented immigrants, for instance, are even more vulnerable to predation because they don’t call the police.

When it comes to policing reform, it is worth taking the time to do it right.