After the recent “shootout” outside Nationals Stadium during a home game, locals, including DC Police Chief Robert Contee, are demanding action. 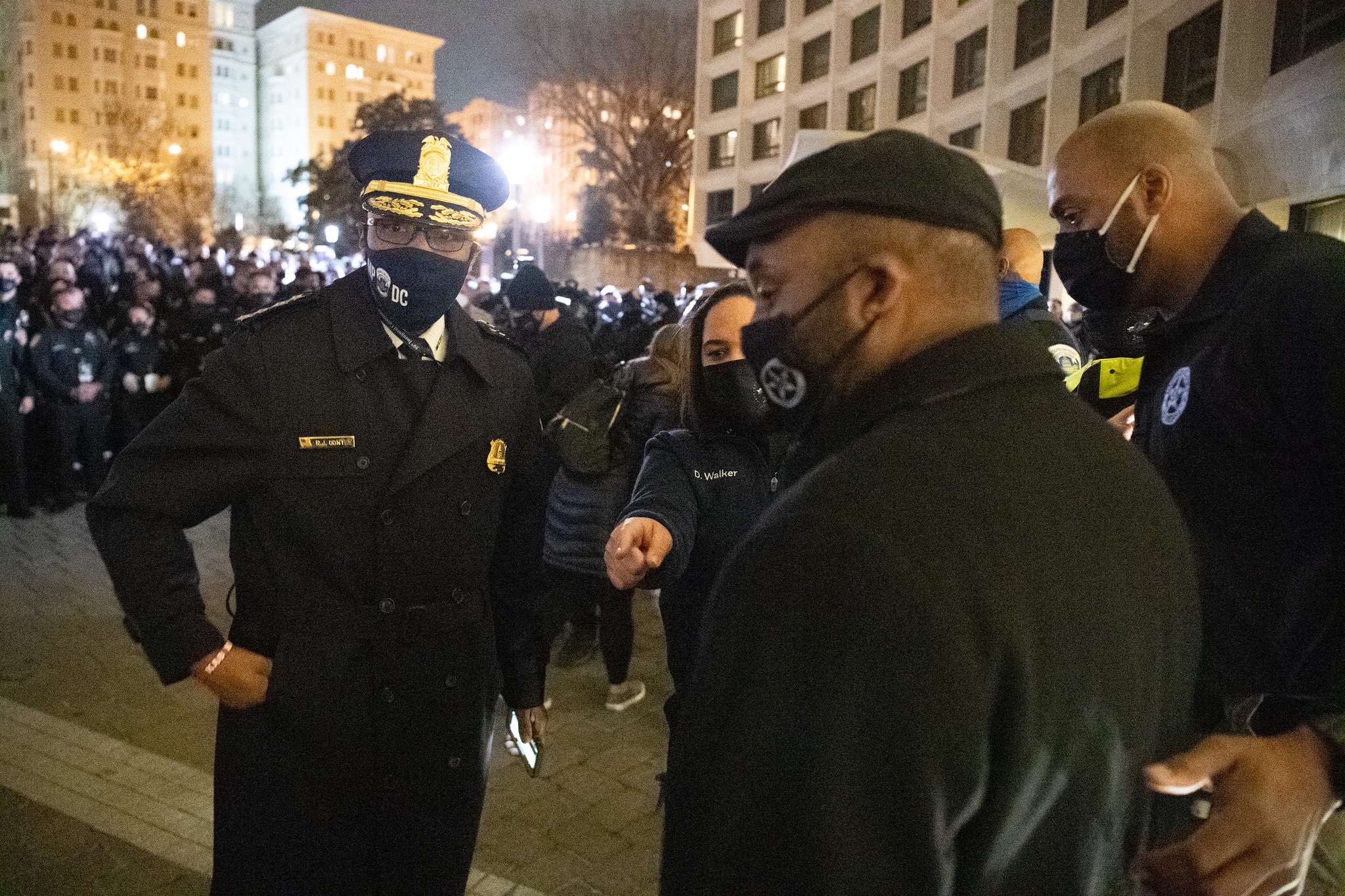 “People are really mad as hell right now, and I don’t blame them, because I am too. That’s the reality,” D.C. Police Chief Robert Contee said during an emotional press conference Friday. “I think people are sick and tired of being sick and tired. I think that people want to ensure that there is accountability for what’s happening in our communities.”

“I’ve been in this city for 30 years. This is the same movie when I was a boy growing up here,” Chief Contee continued, referring to another time rising crime was threatening the city. “When are we going to do something different? … What does not happen here is accountability? People are not ready to have that conversation. ”

While many Democrats, including President Joe Biden, have made a point to distance themselves from the movement to defund the police, a defunding of police departments is happening already in some major metropolitan areas heavily controlled by Democrats.

The district of Washington D.C. is one such place where progressive efforts to defund police departments coupled with other measures have restricted the number of officers on duty at any given time. Related or not, a chronic shortage of qualified officers has coincided with a sharp rise in crime in D.C.

According to Chief Contee, the D.C. police force is short by over 200 officers compared to this time last year. D.C. law enforcement experts, Contee among them, insist that fewer police officers on patrol is no way to deter crime.

“I can’t work these officers to death,” Contee said of his depleted force. “I’m not going to have them out here making bad decisions, getting involved in use of force incidents. We need to make sure that we are a police department, a major city police department in the nation’s capital, that we are properly staffed to where it is we need to be.”

The D.C. Police Chief had some extremely harsh words for city leaders, specifically city prosecutors he accuses of being too lenient on repeat violent offenders.

“Why is it that a guy who murdered somebody is out in a community after having been arrested two or three months later…with a firearm? What did we think he was going to do…How are we holding people accountable?” Chief Contee asked, obviously exasperated.

Chief Contee, and other city leaders, have been driven to comment publicly on the rise in crime after several very high-profile shootings in quick succession. A 6-year old child was shot and killed recently, as was a man out walking with his wife after dinner.

Last week, several people were wounded outside Nationals Stadium during a Nationals home game in what local news outlets described as a “shootout”. It was an incident which sent terrified fans scrambling for the exits and hiding under their seats. It was also an incident which embarrassed the D.C. city government badly.

Then, Thursday night, a shooting in swanky Logan Circle, caught on video, resulted in two people being shot, one of them an innocent bystander.

“Last year we had over 922 people shot in our city,” Contee said on Friday. “198 people were murdered in our city last year. This should be shocking to the conscience of every person in our city, I don’t care where you live. This got the attention that it’s gotten now because it’s happened where it happened, because we had an incident at the Nationals stadium.”

As these incidents continue, and are expected to escalate in the warmer months as crime usually does, this likely isn’t the last time D.C. city leaders will hear the criticism that nothing is being done to keep violent murderers out of vulnerable neighborhoods.

“I’ve been hearing concerns about these few blocks for the last year consistently from neighbors who are so concerned about increase in drug activity and increase in reported crime and want to know what the city is doing to keep them safe,” Ward 2 Council member Brooke Pinto told local news outlets.

“The D.C. Courts remain committed and determined to do what we can to ensure the safety of all District residents and visitors to the Nation’s Capital,” said Chief Judge Anita Josey-Herring, D.C. Superior Court in a written statement answering Contee’s criticism.

This statement isn’t likely to assuage the fears of local residents grappling with rising crime. With that rise in crime, as demonstrated by Chief Robert Contee, is an equally sharp rise in dissatisfaction with the job performance of city officials.