“You’re in no position to lecture anyone about anything. You know nothing about the real world.” 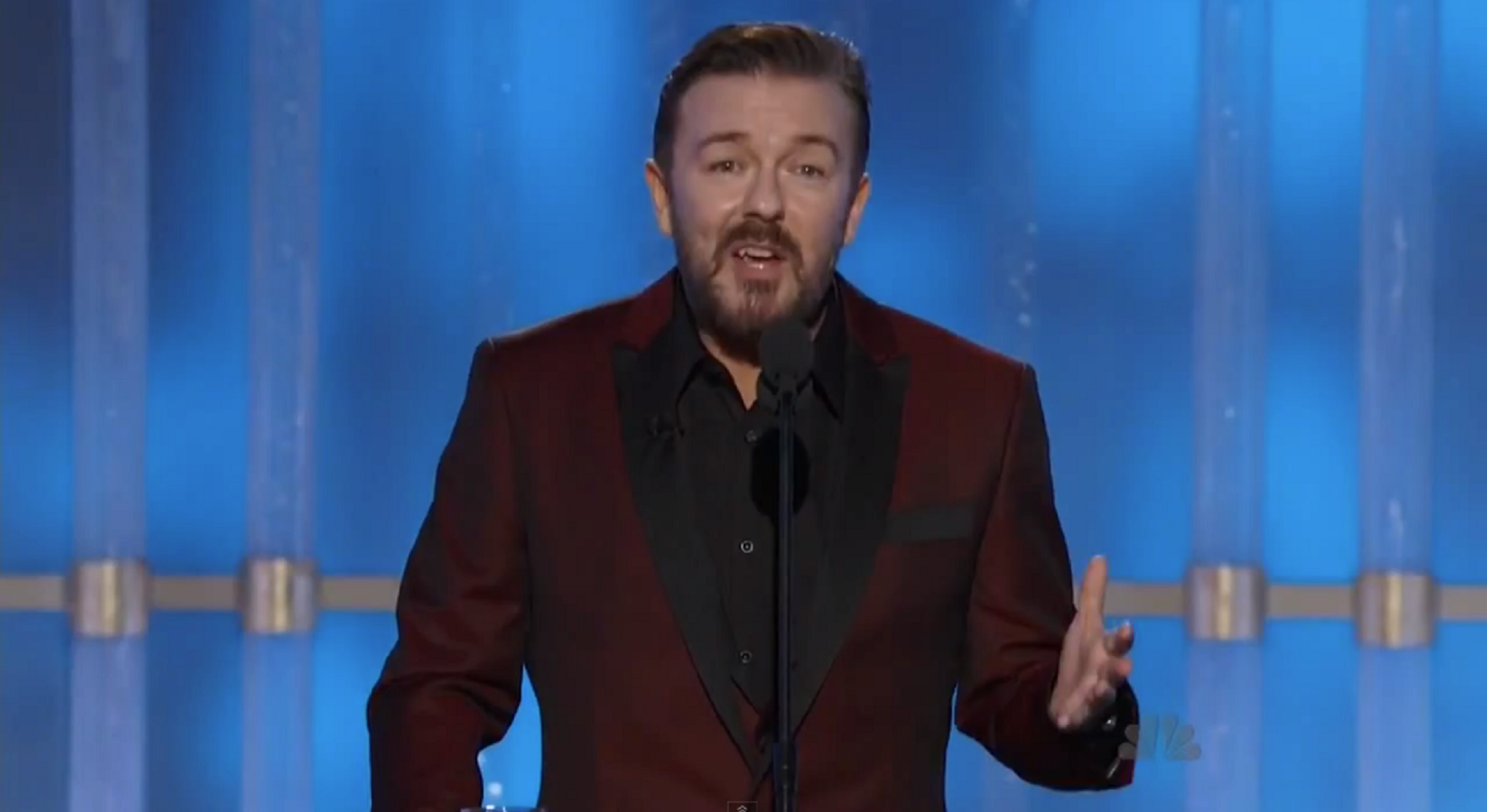 It’s been said before, but comedian Ricky Gervias said it again last night as he hosted the Golden Globes for what will, no doubt, be the last time:

Wealthy celebrities are out-of-touch with what everyday reality is like for most people.

From calling out Tim Cook of Apple, to his face, for manufacturing their products in Chinese sweatshops (cool, now do Nike and Colin Kaepernick) to reminding Hollywood royalty of their longstanding no-need-to-ask, can’t-be-bothered-to-tell relationships with serial predators like Jeffery Epstien and Harvey Weinstien.

Like Sir Anthony Hopkins- who once opined that he, as an actor, would refrain from giving lecturing on any important political or social issue because “the actors he’s known really aren’t that smart”- Gervais pulled no punches.

Reminding his fellows that they’ve “spent less time in school than Greta Thunberg,” Gervais also pointed out that, like Thunberg, Hollywood celebrities prefer to do the schooling.

Critics living in Hollywood, predictably, panned the performance calling it “tone-deaf” and chastising Gervais for “not reading the room”. Everyone else on earth appears to have loved it.

It wasn’t that Gervais wasn’t reading the room; it was that he was reading it a little too well for comfort. Is it any wonder bringing up Felicity Huffman’s imprisonment made wealthy people- who likely “helped” their own kids get into good schools- feel uncomfortable.

Hollywood is a world of make-believe- not reality.

It is a world where a petite, pampered, actress-turned-socialite hires expensive prison consultants to do a little martial arts training with her, as to be ready for life inside prison. Anyone who would thinks that this is in any way a good idea, or would even remotely help someone fit in or defend themselves in prison, is a fool.

The Weinstein jokes were particularly ill-timed- or perfectly timed depending on your perspective- as the disgraced media mogul’s trial began today in New York as new charges were filed in L.A. In their opening statement, Weinstein’s attorneys reminded the court that all his accusers lie for a living. Which tells most of us everything we need to know about Weinstein’s guilt.

To call Weinstein unrepentant would be an understatement.

Never has the Socrates defense- as in “Yes, I did it. But not only should I not be prosecuted for it, I deserve a medal and proper gratitude.”- been employed so nauseatingly.

Well, perhaps by high-ranking members of Polpot’s Khmer Rouge, who, finally on trial for genocide, war crimes, and crimes against humanity insisted recently they “only killed the bad people.”

Hollywood’s elites may not have appreciated the jokes at their expense, but Gervais may have been right about one thing in particular:

No one cares about the movies anymore.

Seeing the seedy underbelly of Hollywood laid bare hasn’t been pretty; from ABC’s shocking refusal to cover the Epstien story three years ago to the gruesome revelations about America’s favorite television dad.

But the age of the celebrity influencer may, at last, be waning.

Because, especially in light of what we know now, our cultural obsession with movie stars is perhaps the biggest joke of all. And the joke has been on all of us, all along.