At home, Chinese officials may have managed to shore up their power amid the COVID-19 outbreak. But at what cost? 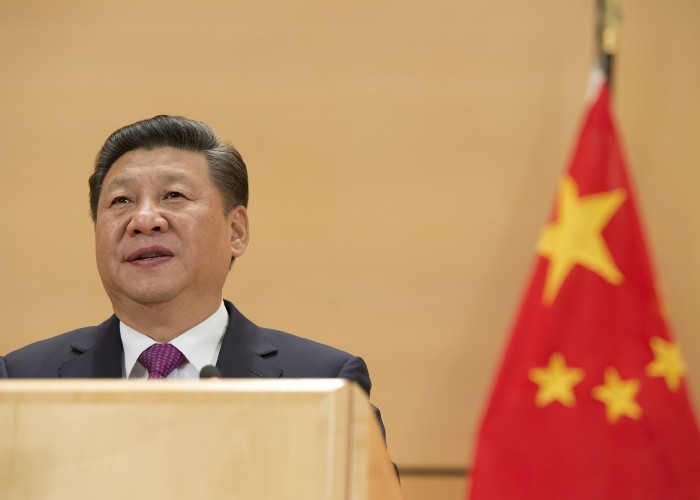 The world’s most powerful man is arguably no longer the President of the United States. The Chinese Communist Party’s Xi Jinping- and since he eliminated term limits in 2018, his successor, Xi Jinping- has eclipsed the office of the U.S. President and no one dare challenge him now.

America’s so-called military advantages over China are questionable, at best. Simulated Pentagon war games over the past decade, recently declassified, suggest the U.S. would probably lose in a war.

It isn’t just a game, either. A leading Chinese think tank just advised the CCP to prepare for war with the U.S. after describing tensions between the two super-powers as the worst they’ve been since Tiananmen Square. As if the CCP needed this advice.

China’s economy, having recovered from COVID-19 far faster than its Western counterparts, is already humming again. More than that, what economists predicted would take decades- namely that China’s economy would grow larger than that of the U.S.- is now on track to happen in less than five years.

China beat the U.S. on 5G, has a franchise on rare earth elements and spends more to bring new technology to the marketplace- by a considerable sum.

The meteoric rise of China’s middle class over the past decades is undeniable, as is China’s success in solving the crisis of extreme poverty in the country. Though to be fair, the democratic country of India has had similar successes eradicating extreme poverty.

Unlike India however, the Chinese Communist Party has used technology to create the most massive and comprehensive surveillance operation in the history of the world. The stated goal of China’s un-ironically named “Skynet” is to be able to find anyone, anywhere in China in under three minutes.

Under the auspice of maintaining social order and public health, the mighty political party is now utterly unchallenged, and unchallengeable. Running as an opposition candidate in Hong Kong, for instance, is now punishable by law.

World authorities in democratic countries can certainly sympathize with Hong Kong’s desire for independence, as long as they do so privately and not on their public social media platforms. No one can actually do anything to help the citizens of Hong Kong. “Like it or Not, Hong Kong is China Now,” according to no less an authority than the New York Times.

The Chinese Communist Party now has the formerly-free citizens of Hong Kong right where it wants them.

Taiwan is soon to be in the same boat, with just as few options. Human rights watchdogs can bark all they like about the detainment of Uyghur Muslims in China: No one can force China to alter their policy on that score, either.

WHO scientists and the international scientific community still have no idea how COVID-19 really started. After blocking all access to Wuhan for a year, Chinese authorities finally relented…and offered the world’s foremost authorities on virology and immunology the results of the CCP’s official investigation into the matter. World authorities are to leave it at that.

Diplomatic cables from 2018 warned an outbreak might be brewing in Wuhan, China. Public health experts have been sounding alarm bells about wildlife wet-markets in China for years; and their potential to produce a novel coronavirus.

Chinese Communist Party officials knew about the outbreak earlier than anyone. Yet Chinese doctors and journalists were silenced when they tried to alert others about the outbreak. The CCP used the time to stockpile medical supplies and protective gear, even while denying the possibility of person-to-person transmission.

Not only have world health authorities been forced to abstain from questioning Chinese authorities about COVID-19, governments have had to praise China’s response to COVID-19 in order to receive vital medical supplies

Even with world health on the line, even considering the likelihood humankind will be facing such a deadly outbreak again quite soon, no one can force the Chinese Communist Party to cooperate.

Likewise, Western nations can pass all the environmental and climate change regulations they want; China dumped 200 metric square miles of waste directly into the world’s oceans in 2018, 27% more than in 2017, with no signs of stopping.

Not only can Chinese authorities completely disregard climate standards, China can weaponize those standards against the economies of Western nations.

When it is cheaper to operate in China, or anywhere else, U.S. companies have already demonstrated their willingness to capitalize. By moving operations to places with lower labor standards and fewer environmental regulations, U.S. companies have saved a fortune over the past decades.

Meanwhile, China has grown its economy twenty-four fold since 1994. Much of this growth has been in manufacturing.

In spite of the Chinese Communist Party’s continued attempts to spin their COVID-19 response, public sentiment worldwide is turning against them.

Countries like France, Japan and the U.S. are already working to move manufacturing out of China. China’s standing on the world stage, already weakened by the Coronavirus, is only going to be further weakened if Chinese authorities continue to refuse to permit criticism, or even questions, about its handling of the pandemic.