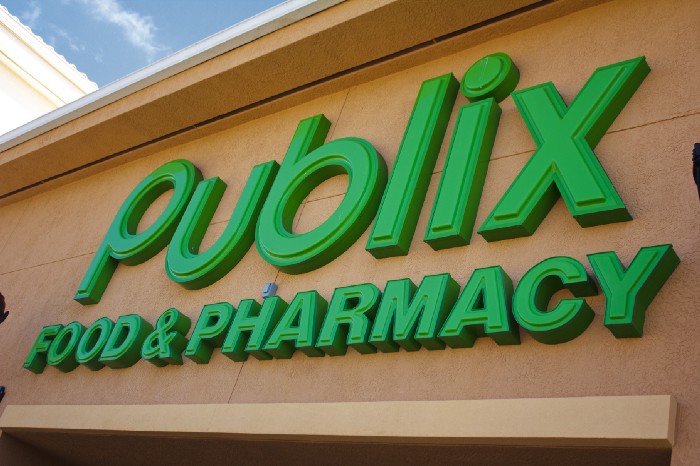 CBS News’ 60 Minutes has received wide criticism after a recent report alleging that Republican Florida Gov. Ron DeSantis chose Publix to partner with the state for the vaccine rollout due to donations the company made to his political action committee.

The aired 60 Minutes report shows CBS reporter Sharyn Alfonsi pressing the governor over a $100,000 Publix donation made to his campaign, insinuating he, “rewarded them with the exclusive rights to distribute the vaccination in Palm Beach.” The show suggested that as DeSantis pushed back on her accusations, he immediately called it a “fake narrative” and subsequently explained who he spoke with to figure out Florida’s best options.

“Publix, as you know, donated $100,000 to your campaign,” Alfonsi began in the clip. “And then you rewarded them with the exclusive rights to distribute the vaccination in Palm Beach -”

“First of all, what you’re saying is wrong,” DeSantis interrupted, to which Alfonsi subsequently asked, “how is that not pay for play?”

“That’s a fake narrative,” DeSantis responded. “I met with the county mayor, I met with the administrator, I met with all the folks at Palm Beach County and I said, ‘Here’s some of the options: We can do more drive-thru sites, we can give more to hospitals, we can do the Publix.’ And they said, ‘We think that would be the easiest thing for our residents.”

Alfonsi then told DeSantis that Palm Beach County Commissioner Melissa McKinlay claimed the governor never met with her about the Publix deal and, “the criticism here is that it is pay for play, governor.”

“And it’s wrong, it’s wrong,” the governor shot back in the aired 60-Minutes interview. “It’s a fake narrative. I just disabused you of the narrative. And you don’t care about the facts. Because, obviously, I laid it out for you in a way that is irrefutable.”

Unedited video of the entire interview later showed that the clip CBS aired left out a large portion of Gov. DeSantis’ response. In fact, the governor gave a much longer explanation regarding the decision to give vaccine distribution to Publix, the largest grocery store chain in the state of Florida.

“First of all, the first pharmacies that had [the vaccine] were CVS and Walgreens and they had a long-term care mission, so they were going to the long-term care facilities. They got the vaccine in the middle of December, they started going to the long-term care facilities the third week in December to do LTCs,” DeSantis told Alfonsi. “So that was their mission, that was very important and we trusted them to do that. As we got into January, we wanted to expand the distribution points.”

“So yes, you had the counties, you had some drive-thru sites, you had hospitals that were doing a lot, but we wanted to get it into communities more. So we reached out to other retail pharmacies: Publix, Walmart, obviously CVS and Walgreens had to finish that mission and we said we’re going to use you as soon as you’re done with that,” DeSantis continued.

“For the Publix, they were the first one to raise their hand and say they were ready to go,” DeSantis added.

“They know that the Governor came to Palm Beach County and met with me and the County Administrator and we asked to expand the state’s partnership with Publix to Palm Beach County,” Kerner said. “We also discussed our own local plans to expand mass vaccinations centers throughout the country, which the Governor has been incredibly supportive. We asked and he delivered. They had that information, and they left it out because it kneecaps their narrative.”

“The reporting was not just based on bad information — it was intentionally false,” Kerner added. “I know this because I offered to provide my insight into Palm Beach County’s vaccination efforts and 60 Minutes declined.”

“We reached out to all pharmacies and they were the only one who at the time could execute on the mission. The federal government delayed the federal pharmacy program and we yet again stepped up first to serve more seniors,” Moskowitz tweeted.

He tagged 60 Minutes in his following tweet, writing that Publix was recommended by the Florida Division of Emergency Management and the Florida Department of Health because “the other pharmacies were not ready to start.”

McKinlay added that Kerner told her that he was told by DeSantis to keep one meeting private, though it was not immediately clear what meeting she was referring to.

Publix released a statement calling the accusation that it received special access in exchange for campaign contributions “absolutely false and offensive.”

“The irresponsible suggestion that there was a connection between campaign contributions made to Governor DeSantis and our willingness to join other pharmacies in support of the state’s vaccine distribution efforts is absolutely false and offensive. We are proud of our pharmacy associates for administering more than 1.5 million doses of vaccine to date and for joining other retailers in Alabama, Florida, Georgia, South Carolina, Tennessee and Virginia to do our part to help our communities emerge from the pandemic,” the statement read.

While 60-Minutes was perhaps right to draw attention to the possibility that a partial privatization of vaccine distribution in Florida may have disenfranchised certain portions of the state, selectively editing video to prevent viewers from accessing Gov. DeSantis’ full explanation, and failing to interview other key players implicated in the supposed “pay for play” scandal, is unlikely to improve the falling levels of trust in corporate media outlets like CBS.

Omitting this information entirely is difficult to understand from a news organization, whatever your politics.