Capitalism does a better job of distributing power to the people than socialism or communism. 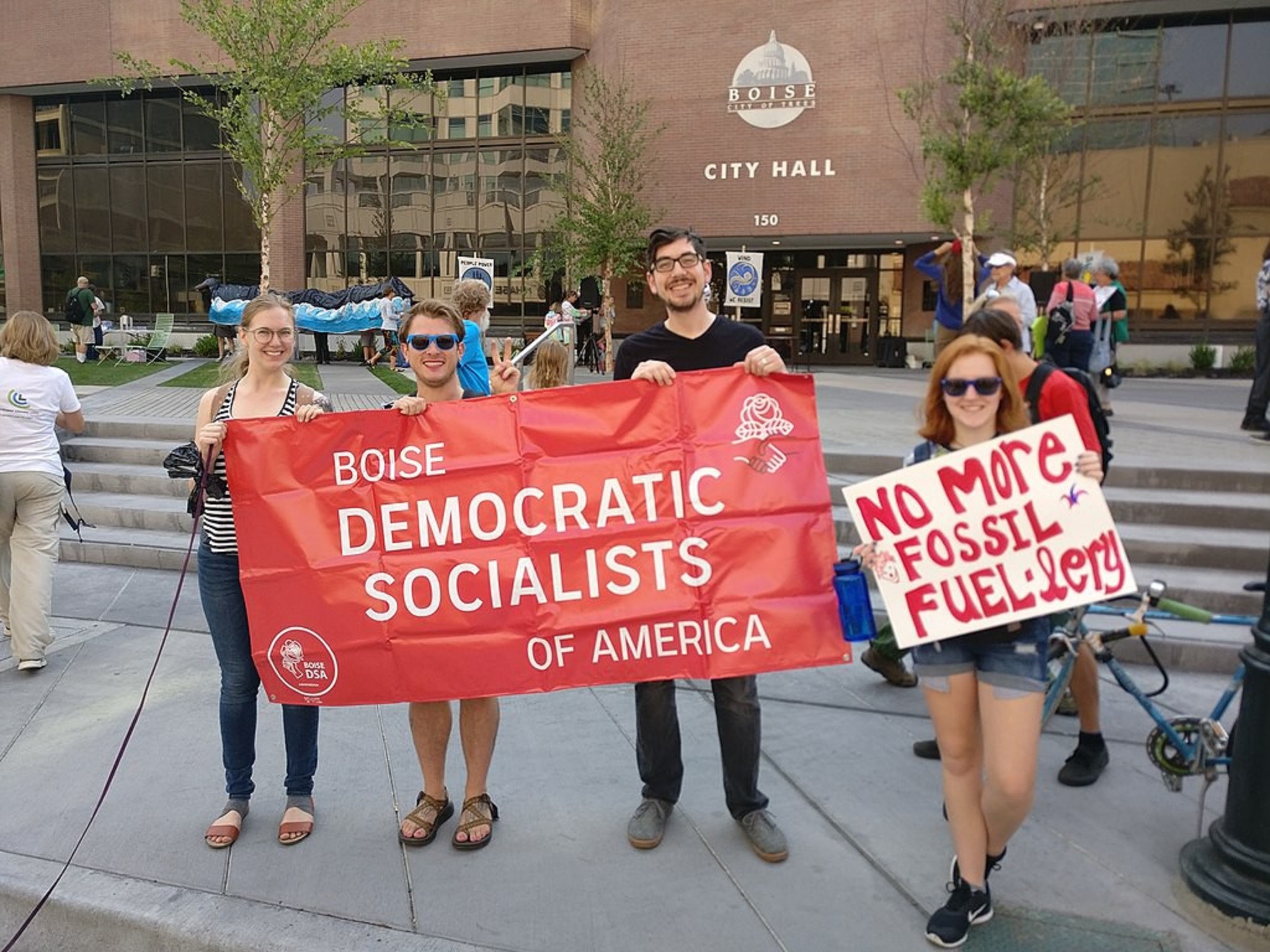 Young Democratic socialists can stop worrying already: The free market is the best tool in the proletariat’s tool box.

Free market capitalism provides a vital check in a system of checks and balances that prevents anyone from becoming too powerful. And I can prove with a single question.

Who is more powerful, Donald Trump or Mark Zuckerberg?

It’s true that Donald Trump is the President of these very powerful and influential United States, and Trump does have those nuclear launch codes. But he is only President because other people put him there. And he won’t be President forever.

Mark Zuckerberg can’t nuke anyone- probably- but who can deny the power of his influence? He is wealthier than Donald Trump and controlling the flow of information on the internet has to count for something. His reach extends further than Trump’s. Facebook is ubiquitous and Zuckerberg’s got the goods on all of us and no mistake.

The Republican party is currently in power in the executive branch of the U.S. government, with Donald Trump at its head. Related to the above question about who is more powerful:

Is Big Tech in Republican pockets? Is Mark Zuckerberg a stooge of Donald Trump?

If you said “They wish!”, congratulations, you probably watch C-SPAN. You can tell there’s no spin because of how boring it is, right?

The answer is no. Quite the contrary. Mark Zuckerberg, along with the other members of the American Tech Royal Family like Elon Musk, Sundar Pichai and Jeff Bezos, are currently a thorn in the side of the government and those in control of it, including Democrats, at the moment.

This is all to the good.

That you even have to wonder who really is more powerful, Trump or Zuckerberg, proves my point irrefutably.

Under capitalism, a titan of industry like Zuck can give the sitting head of the government of the mightiest nation in the world a run for his money in the power department. That’s two people, sharing power.

Communism is like being the Highlander: There can be only one. Two people is more than one.

Ren Zhengfei is the CEO of Huawei but Xi Jinping is his boss.

Long the untouchable scourge of human rights advocates, China is again impinging mightily on the freedom of its citizens.

This time, Uighur Muslim citizens are being interred by the thousands in reeducation camps. The entire population is subject to all-encompassing new social credit scores, designed to ensure all Chinese citizens are properly behaved, as defined by the government, at all times.

The Chinese government is going house to house seizing family pets the government has determined to be over the size limits recently imposed by the governing body.

Why doesn’t someone do something? Because no one can do anything.

The people don’t have any power in China, a person doesn’t have any power to say ‘this isn’t right, someone has to do something about it’. Chinese citizens can’t just start a petition, organize, and run for office. There is no accountability for political leaders at the ballot box.

It is the same situation in Venezuela. No one does anything about it because nothing can be done. The people have no power over their government.

Capitalism versus socialism and communism is a question of how power is distributed in society.

First, what is power and who has it in the U.S.?

Yes it is about who controls the military, and who has the red button, but power is not that simple.

Power is centered on who controls the resources in a society: Money, medicine, food sources, power sources, basic utilities, information.

Power Distribution in the U.S. Under Capitalism

So why doesn’t Jeff Bezos organize an armed hostile takeover of the U.S. government? Too many checks and balances. Power in our society is too equally distributed against him.

And in the free market, Bezos doesn’t have to. Contributing to the overall health of the free market economy actually helps him. Upsetting the apple cart would have no additional benefits.

The greedy and tyrannical can be indulged and placated with the fruits of their labors and the proletariat can benefit from the taxes in a free market economy.

The alternative offered by socialism and communism isn’t more of Jeff Bezos’s money equally distributed among the people: It is more of the people’s money being distributed to Jeff Bezos. Meaning, if people in society want money and power, they will find a way to get it.

If the only way to gain money and power is in government…well, what do you think? If only the government has complete power over resources in a society, the government will not be staffed solely by passionate, selfless public servants dedicating their lives to the greater good.

Advocates for socialism and communism do so because they think those systems will more equally distribute money and power from these various moneyed power centers to the people.

Communism only consolidates all the power from the many people in the private industry sector and the free press and concentrates it on the few in government and military.

Power Distribution in the U.S. Under Communism

Communism doesn’t give more power to the people; it gives them less.

Under the free market, there are many ways to remove someone from power if they run amok.

Presidents can be impeached, CEO’s can be ousted. In fact, the more power an entrepreneur gets, i.e. the bigger his company becomes, the more likely he is to be subject to the higher authority of board members, investors and company stakeholders.

Under communism, all the power resides with the government and the military. They control everything: Food, shelter, utilities, petroleum, banks, medicine, information. Everything.

In this way, communism and socialism rely on the honor system alone to keep leadership in line with the will of the people.

The citizens in Venezuela are starving to death in the dark. They can’t get rid of Maduro, no matter how much they may want to, because he neutered the other branches of government meant to check his years ago.

The people need to be able to depend on more than one resource center to meet their needs, unless they are willing to go off the grid and absolutely control your own resources.

Capitalism spreads power out into the private sector. A robust free market system that produces so many fine resources is bound to give rise to any number of wealthy companies, distributing control over resources more evenly among the people in a society.

No, I didn’t say ‘evenly’. There is no system of government that can eliminate injustice and inequality in society.

But capitalism actually does what commuism was designed to do. It corrects communism’s fatal flaw of concentrating too much power in one area.

By spreading it out into various private industries, free market capitalism gives more power to the people than communism.

Power to the people!