And Democratic chances in November. 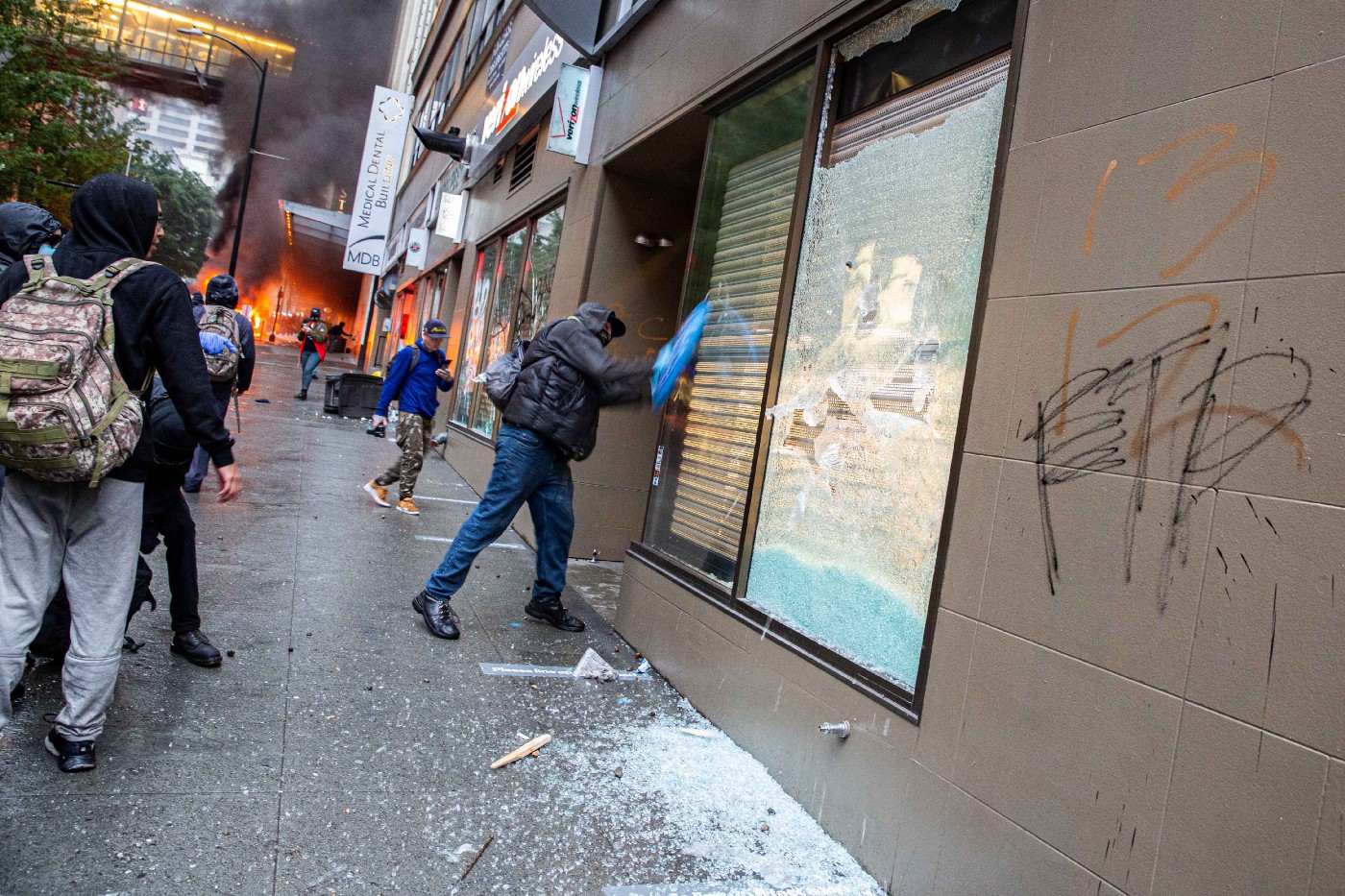 Black Lives Matter Protest, Seattle WA. Protesters took to the streets of Seattle, WA to march in response to the death of George Floyd, a black man who was killed while being taken into custody by police in Minneapolis, Minnesota. May 30, 2020. (photo: Kelly Kline)

“Democrats believe we need to overhaul the criminal justice system from top to bottom.” — from the official platform of the Democratic Party

Are most voters ready to, “overhaul the criminal justice system from top to bottom”? Are they ready to defund the police?

If voters aren’t convinced, Democrats are taking a terrible chance. And there is plenty of evidence at present that U.S. voters are in no way ready to dismantle law enforcement agencies as part of a plan to, “overhaul the criminal justice system from top to bottom.”

Consider the ongoing demonstrations in Portland and the following first-hand accounts by members of the Portland Police Department.

This first interview, recorded July 9, long before federal law enforcement agents were dispatched to help keep the peace in Portland, is a searing indictment of the violence that has been taking place at these protests.

The following interview from August 6 suggests things in Portland haven’t improved over the past month, in spite of the absence of federal officers.

On August 18, 2020: “Portland police declared a riot after fire set inside Multnomah Building.”

“After breaking the window of a first-floor office, some members of the crowd sprayed lighter fluid inside and threw in a large pile of burning material.”

“I acknowledge that there is grave injustice in our world and there is a violent and tragic history of oppression in our County. I am committed to transformational change. And I ask the community to work with us.” — Deborah Kafoury, Multnomah County Chair

Ms. Kafoury is not a conservative. If her frustration is such, what are moderate, independent and undecided voters feeling when they witness these scenes of violence juxtaposed with Democratic calls to defund the police?

The media, while they must believe they are being helpful to Democrats running for office, aren’t any more in-touch with what appeals to average moderate voters than progressive leftists on Twitter.

If interviews like the following are supposed to generate support for the cause of defunding police, their publishers are sadly mistaken. Unlike the interviews with Portland police officers, it doesn’t paint a very sympathetic portrait:

“I’m a Mom Who Came Out to Protest for Black Lives in Portland. I Was Shot by Federal Agents.”

While the title may certainly generate enough sympathy for a click, a perusal of the article reveals something else entirely.

Besides the questionable nature of White liberals in Seattle and Portland co-opting the Black Lives Matter movement- including the at-first lauded, “Wall of Moms,” which later became the, “Wall of Gloms,” after WOM organizers broke with BLM leadership on the direction of the group- the Time magazine article also contains the following:

“The night I am shot, the sky shimmers with a leftover Forth of July firework lit by a privileged son whose college closed in the spring. He is here because Black lives matter to him but also because he senses the video game he now plays nightly has sprung to life and he won’t be left out.” — “I’m a Mom Who Came Out to Protest for Black Lives in Portland. I Was Shot by Federal Agents.”

A video game? Is this defense of privileged college students who think BLM is a good pretext to indulge themselves in a little harmless playacting, supposed to be persuasive?

The reader is left thinking that the Wall of Moms (TM) might have better served humanity by talking these young adults- who will not be considered harmless, “boys,” by the legal system- into channeling their activism more productively. Maybe help make sure they can discern between Grand Theft Auto and reality, where every action has actual consequences and you only ever get the one life.

“But I am also naively stunned by the suspension of my lifelong privilege. Those federal agents are the brothers-in-arms of men I love- my father the Navy submariner, my former father-in-law the disabled Marine, the police officer I swooned over in my youth- and I am a white woman, the high school cheerleader those feds once fell for, the sorority girl they once courted, the one person those officers truly referred to when they swore an oath to serve and protect. If they are willing to turn on me, to fire on me, for finally breaking my silent complicity and standing with and for my Black neighbors, what havoc will be wreaked on Black bodies left behind if I vacate the street?” — “I’m a Mom Who Came Out to Protest for Black Lives in Portland. I Was Shot by Federal Agents.”

Besides the blatant privilege, the deeply biased stereotyping that assumes police officers must only be White males attracted to White women, besides the White savior complex, what is this perspective offering persuadable voters?

“Today, now that federal agents have withdrawn, our protests go on peacefully,” the author concludes. But time has proven this a lie. Those privileged sons intent on recreating video game action in the real world have continued to wreck havoc.

They have continued to do so in other major cities as well. Yet, the movement to defund police is gaining ground with progressive local governments determined to plough ahead in spite of a failure to allow voters to weigh in on such measures.

Seattle’s police chief has resigned amid proposed cuts to the police budget and to her salary in particular. Carmen Best was Seattle’s first African-American female Chief of Police. Was this the outcome Portland’s liberal elected officials were hoping for?

Donald Trump, on the other hand, believes most voters- or at least, those independents and undecideds who still might swing his way- will sympathize more with the small business owners who have lost their life savings and their livelihoods, not to COVID-19, but to looting.

Democrats ignore the upswing in violence currently plaguing major cities at their peril. Whether or not calls to defund police are dangerous, they may prove poisonous with likely swing voters and moderates.