Buying Peace in the Middle East

U.S. President Donald Trump and White House senior advisor Jared Kushner want to buy peace in the Middle East. Can it be bought? 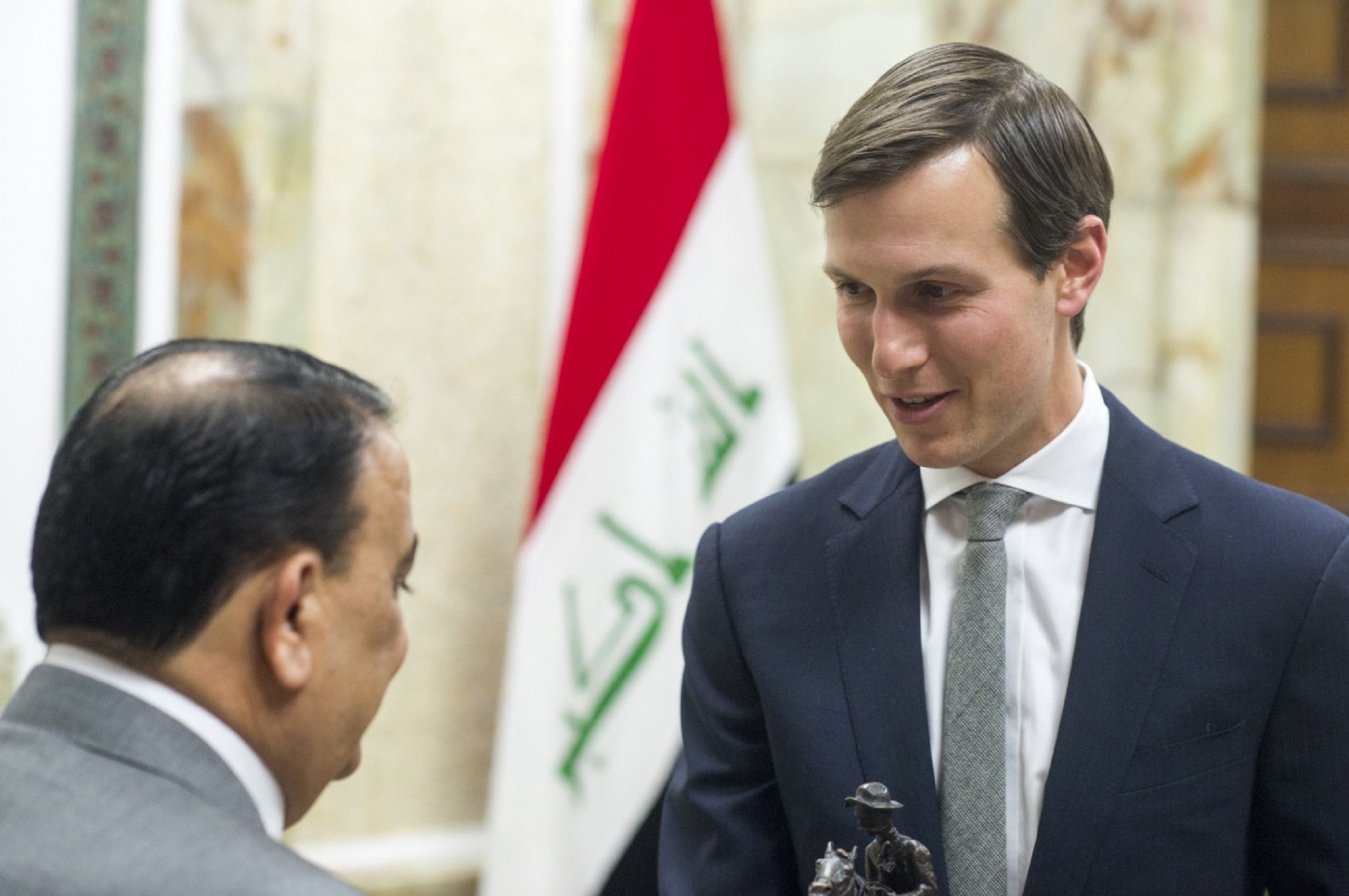 Making an Offer They Can’t Refuse?

Is it possible to buy peace in the Middle East? And just how much would such a strategy cost the U.S. and its allies?

Buying peace? The idea isn’t completely without precedent; paying marauding armies not to attack was a strategy many successful cities used to keep the peace in ancient times. Dropping cool stuff, like transistor radios, from airplanes into Vietnam helped stop the spread of communism in the sixties. (“Communism, great…but have you ever seen anything like this?!”)

Money, as they say, talks.

Money is how the Trump administration plans to convince Iran and the Palestinians to abandon their hopes of destroying Israeli state sovereignty, (and becoming a nuclear power). Will it work?

The Trump administration has been working for many months on a plan it has touted as the deal of the century. Spearheaded by White House senior advisor Jared Kushner, the plan includes 179 separate commercial and infrastructure projects designed to catapult the region into a veritable economic boom.

Saturday, Kushner unveiled the outline of the $50 billion dollar economic stimulus package focused on the Middle East. The comprehensive blueprint promised to create a global investment fund that would serve to rocket launch the region into the global economy and greater wealth.

The “Peace to Prosperity” plan includes a $5 billion dollar transportation corridor to ease trade and travel in the region. It also pays particular attention to the Palestinian and neighboring state economies.

Kushner and the Trump administration plan to fully unveil the details of the plan at the international conference scheduled to be held in Bahrain next week. At the conference, Kushner and his allies hope to entice wealthy gulf states, private investors and large corporate entities to foot the bill for the majority of the plan. Kushner has not committed the U.S. to paying for the plan, but he hasn’t ruled it out either.

“The whole notion here is that we want people to agree on the plan and then we’ll have a discussion with people to see who is interested in potentially doing what.” -White House Senior Advisor, Jared Kushner

Kushner hopes to convince the other Middle Eastern powers to invest heavily in the project, both as a smart financial move and to help stabilize the entire region for the benefit of everyone.

The biggest bone of contention between the regional Middle Eastern powers allied with the United States and the radical Islamist government of Iran and its proxies like Hezbollah and Hamas, is, of course, the state of Israel.

But attitudes have been steadily changing in other countries in the region, as U.S. allies like Saudi Arabia, Egypt and Bahrain have been wearing down their neighbors. Though the nations still aren’t eager to accept Israel, they acknowledge that Iran-sponsored terrorist attacks are the biggest threat to their own sovereignty, the safety of their people, and the future prosperity of the entire region. 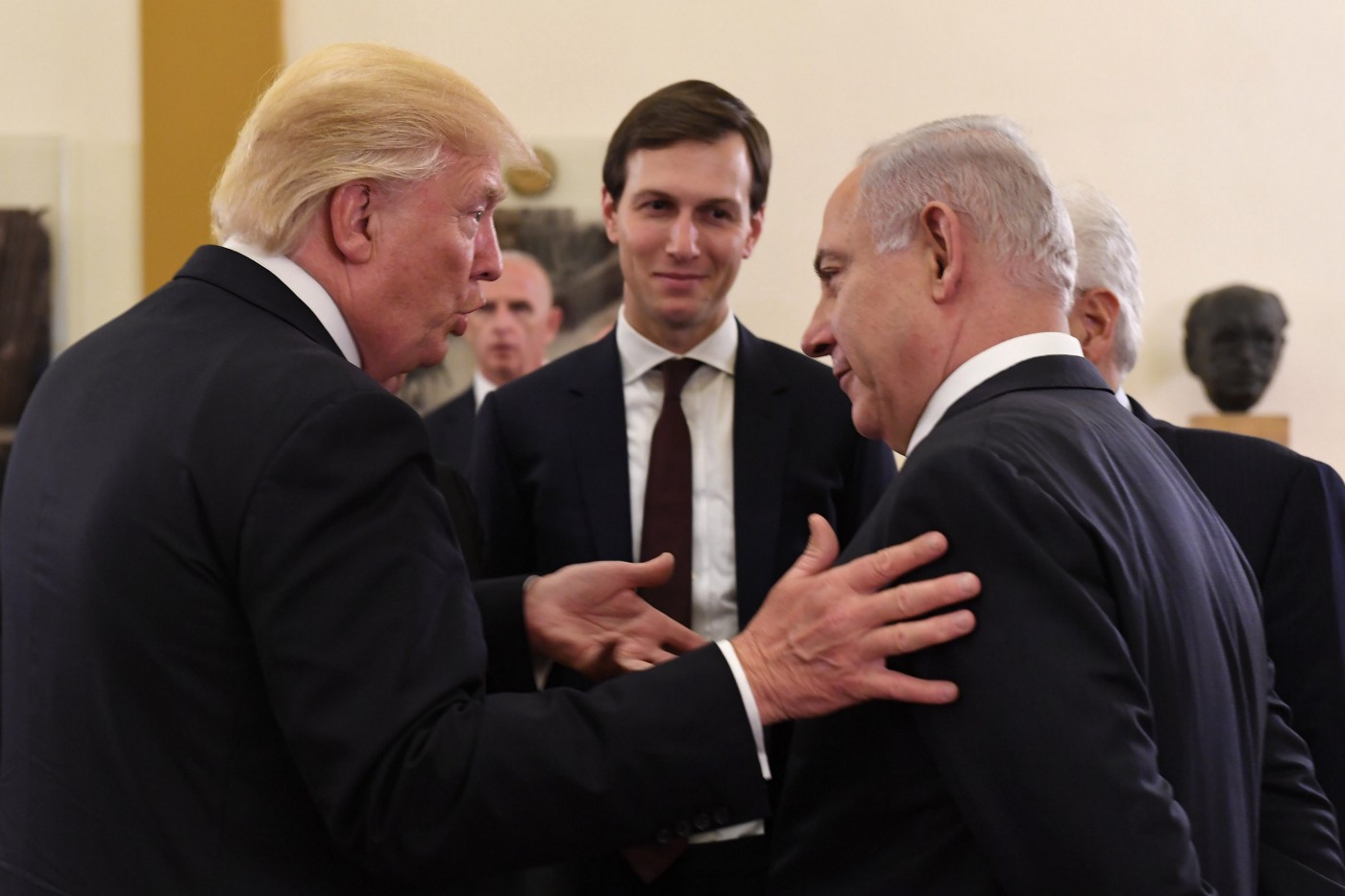 The Israeli-Palestinian peace process, long stalled after the Palestinians refused overtures by the Obama administration to moderate resumed talks in 2008, is just as fraught as ever in 2019, perhaps more so.

The prospects for Palestinian concessions from the Trump administration don’t seem particularly encouraging. The Palestinian authorities have refused to deal with the U.S. since Trump formally recognized Jerusalem as the capitol of Israel in 2017 by relocating the U.S. embassy to the politically charged and religiously significant city.

The Trump administration’s plan is not likely to include the dissolution of Israel, nor the reallocation of strategically important Israeli land to Palestine, nor repatriation for Palestinians displaced by the Jews after World War II.

But it does contain concessions for the Palestinians, to the tune of over a billion dollars to help build up Palestine’s tourism sector alone.

According to Kushner, the economic plan would create over a million jobs in Gaza and the West Bank, double Palestine’s GDP and reduce the poverty level by half. In a country rife with poverty, the Trump-Kushner plan might be too good to pass up.

Will it be enough to bring the Palestinian government back to the negotiating table?

So far, the Palestinians have rejected outright the Trump administration’s attempt to buy peace without first settling the political issues that have kept the region at violent odds since 1948. The Palestinian authority has also boycotted the event, though Kushner has hinted that some representatives from the Palestinian business community will still be in attendance.

Increasingly, the Palestinian authority must be getting the message from its Middle Eastern neighbors that none of them are willing to go to war with Israel, and its powerful allies, over the decades-old demands of the Palestinians. Will the combination of pressure and economic incentives be enough to finally turn the tide?

“And the winds of change can already be felt across the Middle East. Israel’s prime minister openly visits Oman. Just last week, Pope Francis visited the United Arab Emirates. Longstanding enemies are becoming partners. Old foes are finding new ground for cooperation. And the descendants of Isaac and Ishmael are coming together in common cause as never before. This historic conference is a testament to the truth that a new era has begun.” — U.S. Vice President Mike Pence, Poland Ministerial for Peace 2018

Trump’s economic blueprint for prosperity is part of a larger peace plan the U.S. plans to broker between Israel and Palestine. Unless the plan includes a Palestinian state that is fully sovereign, experts predict it is unlikely to gain traction.

Trump’s presidency has certainly seen a major shift in U.S. Middle Eastern policy since the days of the Obama administration.

But the Obama administration strategy of letting a ‘little light’ between the U.S. and Israel, in order to make the U.S. more diplomatically effective with Arab nations, never really worked. Palestine failed to be moved to the table, rejecting a major peace offering in 2008.

Ironically, the open honesty of the Trump administration, in formally recognizing what members of the international community have long known about the relationship between the U.S. and Israel, has gained more diplomatic traction with Gulf States than decades of politely pretending to the contrary.