By playing to the middle during last night’s debate, Buttigieg signaled his intention to replace Biden as front-runner. 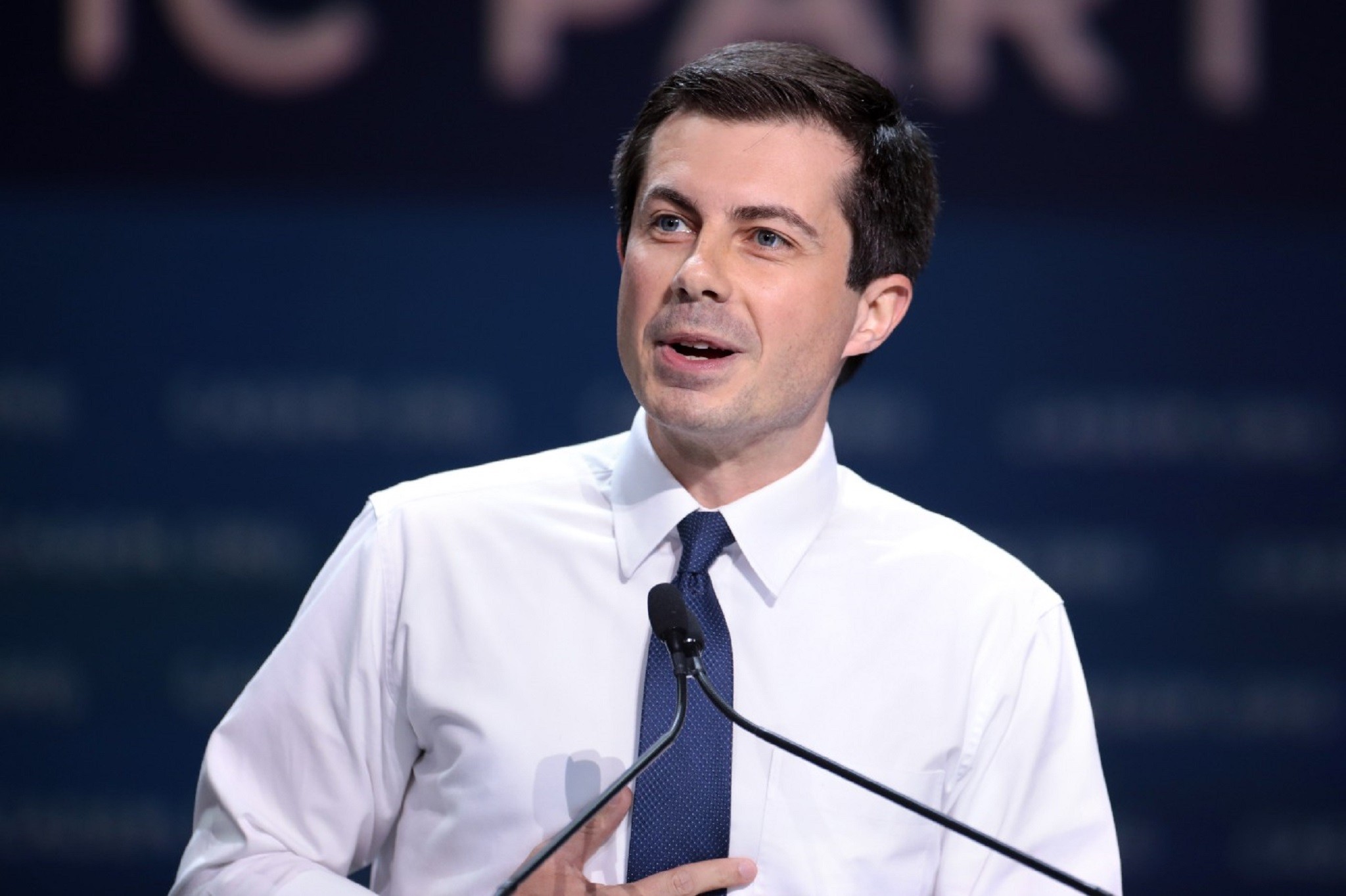 Surprise: It is Mayor Pete Buttigieg, not Sen. Elizabeth Warren, who will ultimately take Joe Biden out of the race.

With Biden wavering, it isn’t just his status as front-runner that is up for grabs. By going for the moderates, Buttigieg has moved in for the kill on the Biden campaign in the best possible way.

It is a brilliant strategy.

While his competitors competed with each other to become the left’s new tax and spend progressive poster-person, Buttigieg proved onstage last night that he is truly a force to be reckoned with.

This may be because Pete Buttigieg, perhaps by virtue of being little more than a small town mayor, actually understands the working-class much better than do his congressionally-distinguished counterparts.

The elephant in the room during every Democratic debate so far has been the booming economy. As a topic, as questions suggested by members of the press, as the subject of any questions whatsoever; the U.S. economy has been glaringly absent.

Any political party that purports to care about the economically disadvantaged in America should not refuse to discuss the U.S. economy.

No doubt this blatant avoidance is for fear of giving Donald Trump the credit. But as a strategy, Democrats are dead-wrong on this one for two reasons.

First, the working-class, middle-class, and just about everyone else who cares about money, will notice the improved economy whether Democrats running for President and the press tell them to or not.

Second, and this is the most important point of all: Donald Trump is never going to stop mentioning the strong economy going in to 2020. So there isn’t any reason for Democrats to refrain from mentioning it as if it’s rude to discuss money.

Democrats are a party that has traditionally embraced both the working-class and the middle-class with equal fervor, understanding both to be fundamental working parts of the U.S. economy and always under threat from poor government management and punitive tax policies.

It is time for Democrats in the House overly concerned with impeachment proceedings- again- and prominent Democrats running for President to understand that the Trump tax policies have created something so exciting for both the working and middle class, many once card-carrying Democrats are considering voting for Donald Trump- in spite of his myriad flaws.

Why did James do it? Money.

Fabulously wealthy athletes aren’t the only ones who care about money. LeBron James doesn’t have the franchise on convoluted justifications for acting in one’s own best interests and calling it morality. No doubt James feels perfectly justified in his decision to embrace Chinese totalitarianism and censorship.

You think someone working paycheck to paycheck isn’t willing to put up with a few nasty Tweets for a bigger paycheck or a better job? Think again.

Working-class and middle-class voters, those nebulous ill-defined demographics, understand something that everyone who has ever lived on the street, or one paycheck away from the street, and every person who has hustled to make a living or scraped by paycheck to precious paycheck, understands that Democratic elites have forgotten:

“Cash rules everything around me.” The Wu-Tang Clan, the middle-class, the working-class, and Donald Trump understand this.

Sen. Elizabeth Warren, even with all her skillful waffling on raising taxes on the middle-class, does not. At least Sen. Bernie Sanders is honest enough to admit his plans require raising taxes.

Trump’s economic boom, for we can call it nothing else, has benefitted the middle-class mightily, that swath ever in danger of falling back down the poverty scale.

This is from a period of January 2017 through August 2019. During President Barack Obama’s entire time in the White House, middle-class income went up only $1,043- and that was over eight years.

Obama’s numbers were an improvement over the previous 8-years of the George W. Bush presidency, during which middle-class income gains reached only $400.

In 2019, after tax savings are factored in, middle-class income gains since Trump took office have reached over $6,000.

That’s an extra $150 per month on the average. Democrats better believe that, refrain from mentioning it they might, families, and family checkbook balancers, have noticed.

Retailers who have benefitted from this financial windfall have noticed, too. Storefronts that have been empty and emptying for years are filling up again, people have hope in some of the poorest parts of the country again.

Democrats busy trying to pander to Twitter’s radical-left woke mob with each new successive outrage- be it over a false report of racially-motivated bullying at the school where Karen Pence teaches or over talk-show host Ellen Degeneres, long an outspoken liberal and early LGBTQ rights pioneer, having the gall to sit next to George W. Bush at a football game- are doing so at the direct expense of the working and middle classes.

Most voters are more concerned with their paychecks. Only about 7% of Americans even bother with Twitter at all.

With Biden, Democrats had a candidate who at least appeared to care about the great unwashed masses in fly-over country. At least he never called them deplorable or accused them of clinging to their guns and Bibles.

But with Biden having been all but taken out of the race through the combined efforts of his son Hunter and Donald Trump, the clamor for a practical, moderate Democrat has become louder than ever.

Pete Buttigieg, with his disarming charm and Christian faith, may be just the Democrat other Democrats, from every side of the tracks, would be proud to vote for.