Bringing Medical Manufacturing Back to the U.S. 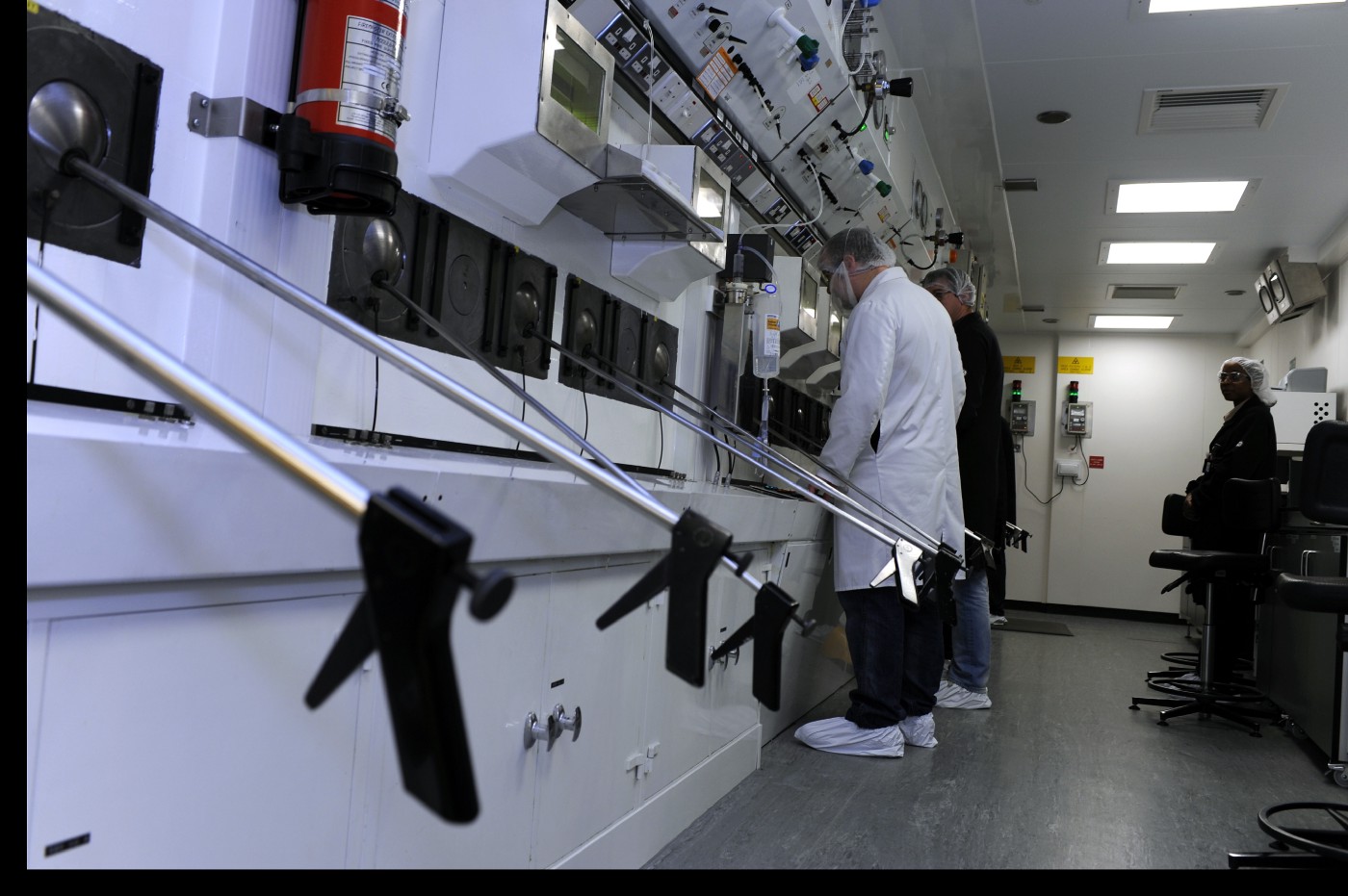 Worker at a radio-pharmaceutical manufacturer checks the columns that holds the Mo-99, where steam is applied to sterilize making sure these are pharmaceutically clean. Amersham, Bucks, United Kingdom. 15 December 2011. Photo Credit: Dean Calma / IAEA

Amid the ongoing battle against COVID-19, the pharmaceutical and medical supply manufacturing industry has quickly become one of the most important industries in the world.

The impact of the pandemic has resulted in an unprecedented surge in demand for protective gear and brought a long-overlooked vulnerability in the U.S. healthcare industry into the spotlight.

Dr. Thomas Ragukonis, founder and director of multiple medical facilities, recognized this vulnerability in the healthcare industry early in the crisis. He has since embarked on a new venture to manufacture life-saving medication and PPE in the United States.

“We need to be very much more independent. Make our own personal protective equipment, manufacture our own pharmaceuticals, particularly antibiotics and lifesaving antivirals,” Dr. Ragukonis said of the importance of the project.

This vulnerability, combined with a drastic imbalance in the United States/China trade partnership, has created a serious national security and economic threat to the U.S.

One example of this was the sudden, unexpected shortage of personal protective equipment (PPE) early in the pandemic. This shortfall made it painfully obvious that U.S. over-dependence on Chinese manufacturing had indeed become the dangerous problem national security hawks long predicted it would.

Intelligence about the outbreak of the COVID-19 pandemic exposed serious deception on the part of the Chinese Communist Party, and demonstrates the risk of U.S. dependence on potential bad actors abroad.

Sources have revealed that Chinese Communist Party leaders were preparing for a pandemic they were still publicly denying. By increasing imports and decreasing exports of medical supplies that were vital in the beginning months of the crisis, the CCP intentionally acted to gain an advantage over its trading partners.

Starting in early January, the Chinese government increased its imports of surgical face masks by 278%; of surgical gowns by 72%; and of surgical gloves by 32%, according to a report from the Washington Examiner.

At the same time, the Chinese government decreased its exports of ventilators by 45%; intubation kits by 56%; thermometers by 53%; cotton balls and swabs by 58%; surgical gloves by 48%; surgical gowns by 71% and surgical face masks by 48%.

The CCP used its control over the imports and exports of these medical supplies, coupled with its early knowledge about person-to-person transmission, to manipulate the market to China’s advantage at the expense of the rest of the world.

The ease with which the Chinese government was able to do this proves just how important it is to restore U.S. independence from Chinese supply lines.

Even before the coronavirus outbreak, Dr. Ragukonis saw the potential leverage the Chinese Communist Party could hold over the United States pharmaceutical industry.

“Let’s be clear, medical supplies are an issue of national security. What I see is a foreign threat, the Chinese Communist Party. We need to frankly stop doing business with- I’m going to say it- enemy nations. The way I find myself being able to serve my country is to make that change,” he said.

Domestic pharmaceutical and PPE production is essential, not just to avert the possibility of drug shortages but also to create hundreds of thousands of high-quality manufacturing jobs in the United States that have been hurt by lopsided attempts at globalization.

Boosting U.S. pharmaceutical manufacturing would create an increase of over 800,000 jobs, found a study by Jerry Ferry, chief economist at the Coalition for a Prosperous America.

Dr. Ragukonis plans to build a manufacturing plant in Philadelphia, Pennsylvania. He noticed an opportunity to bring thousands of high-quality jobs to struggling areas left behind when manufacturing plants and entire industries moved overseas. The Pennsylvania facility will produce American-made antibiotics, over-the-counter medicine and personal protective equipment- on domestically-made machinery from Ohio.

Dr. Ragukonis was inspired by his father, Thomas Chester Ragukonis, a patriotic American who proudly served four years in the United States Air Force. After practicing medicine for 30 years, Dr. Ragukonis considers restoring American medical manufacturing an opportunity to serve his country, like his father and his grandfather before him.

Dr. Ragukonis remains aware of changes in the medical field through his affiliations with the Royal Society of Medicine, the American Society of Anesthesiologists and the Medical Society of New Jersey. He actively authors and publishes peer-reviewed articles and journals for a large number of medical publications.

Not limiting his expertise to the medical field, Dr. Ragukonis is a Founding Member and on the board of directors for a bank in New Jersey, founder of a small private aviation company and founder of the compounding and distribution company, Patriot Medical Enterprises.

He earned a BA from Rutgers and attended Rutgers Medical School where he graduated with a medical degree in 1991. Afterwards, he attended the prestigious Columbia Presbyterian Medical Center in New York City.

Dr. Ragukonis is now taking his vast expertise and experience in business, developments, medicine and life and using them to turn this crisis into an opportunity to continue fighting for the United States and to keep all Americans safe and healthy.