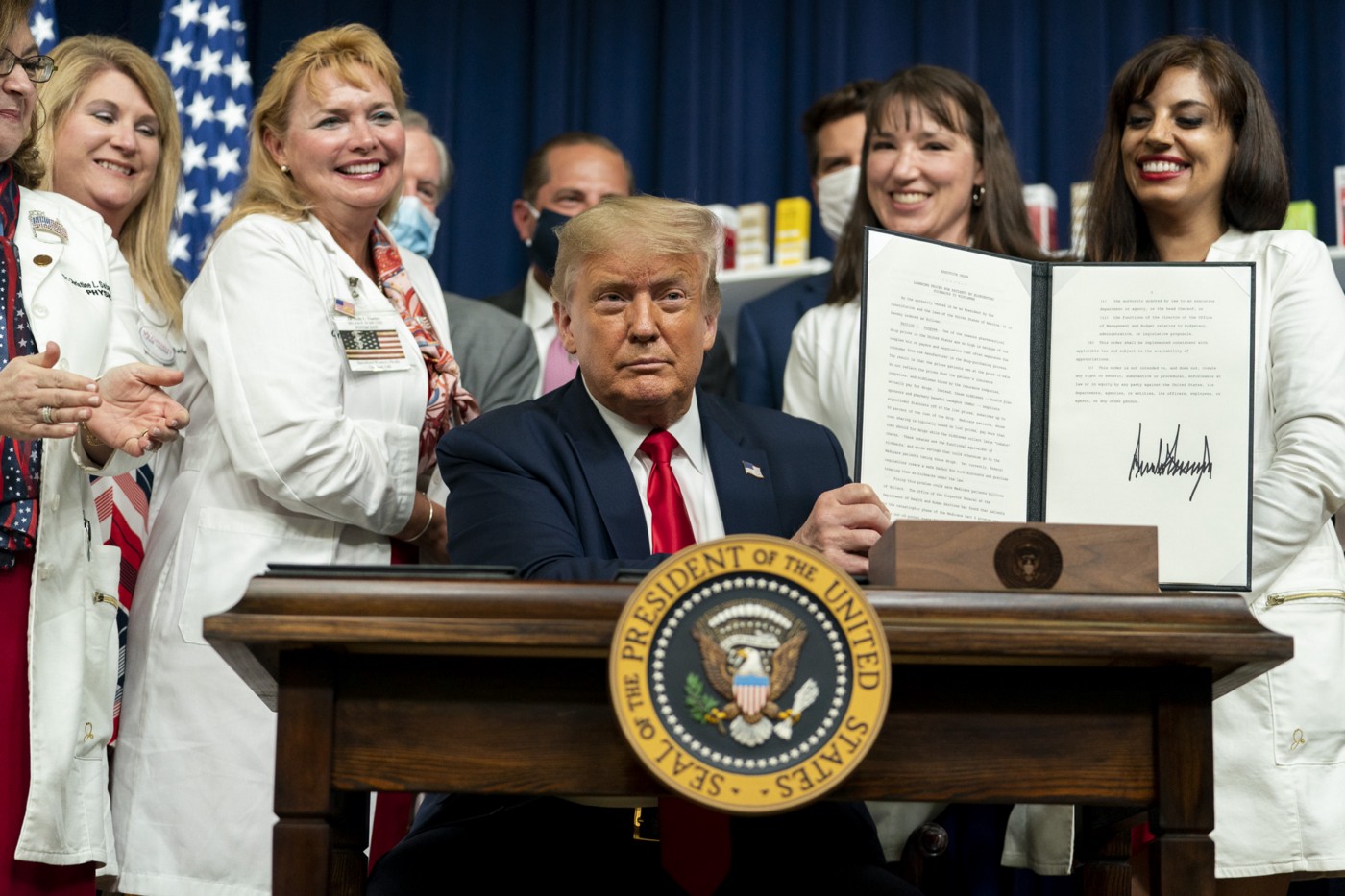 One of the executive orders signed by President Trump prohibits secret deals between drug manufacturers and pharmacy, “benefit managers,” ensuring patients directly benefit from available discounts at the pharmacy counter.

Dr. Mary Tipton is a practicing physician from the bipartisan coalition invited to President Trump’s executive order signing on July 24, 2020. Dr. Tipton is also a member of Free2Care, a national coalition of over 8 million doctors and patients, “dedicated to solutions that make healthcare affordable and accessible.”

Trump’s executive order will redirect kickbacks from Medicare part D to consumers, which is estimated to save around $30 billion a year. Dr. Tipton has recognized the importance of this action, but argues that it doesn’t go nearly far enough. If Congress took similar action on all legalized kickbacks in the health care supply chain, Dr. Tipton estimates a much larger potential savings of up to $200 billion per year.

Congress could take immediate action by repealing the Safe Harbor Statute created in 1987 and expanded in 2003.

In 1987, the innocuously-named, “Safe Harbor Statute,” granted Group Purchasing Organizations (GPOs) the right to receive financial incentive kickbacks. In 2003, the United States Department of Health and Human Services (HHS) extended the right to Pharmacy Benefit Managers (PBMs) and created a safe harbor for them to legally benefit.

The PBM Safe Harbor is intended to protect certain fixed fee arrangements between manufacturers and PBM’s.

Prescription drug manufacturers prospectively set the list price of the drugs they sell to wholesalers and other large purchasers. Manufacturers pay PBMs in the drug supply chain under rebate arrangements that meet the criteria protected by these safe harbors.

Three big Pharmacy Benefit Managers- Express Scripts, CVS/Caremark and Optum- control approximately 85% of the prescription transactions in the country. This medical oligopoly is able to hold patients and drug manufacturers hostage with the resulting high prices.

In 2019, PBM middlemen added up to $176 billion in costs for American patients and the economy.

“PBMs should be negotiating on behalf of insurance companies and patients. PBM fees are a percentage of the drug’s list price, incentivizing many PBMs to choose to inflate prices instead of choosing to decrease prices, for their personal financial gain. They are legally able to collect billions via their secret contracts, despite doing nothing to study, research, ship or transport medications,” said Dr. Tipton.

“As with many things, if there are loopholes that can be exploited people start exploiting those loopholes. One example is the gross-to-net bubble, which reached $179 billion in 2019,” she continued.

The gross revenues is the revenues from sales at the drug’s WAC list price and the net revenues are the actual revenues received and reported by the manufacturer after rebates, discounts, and other reductions are added.

“The manufacturers set a list price — and then go to the PBMs to get their drug ‘to market.’ PBMs control about 85% of prescription drug transactions in the United States. PBM’s have incentives to choose higher priced drugs and then market those products, by placing them in an insurance company’s formulary.”

“I agree with Trump’s categorization of the money flow to middlemen as ‘kickbacks’, rather than the term ‘rebates’, preferred by the middlemen. Many patients pay the list price or a share of it, calling it a rebate or a discount doesn’t make sense unless it’s going to the patient and/or buyer,” Dr. Tipton added.

Dr. Tipton says the organization Free2Care has joined numerous meetings with both Republicans and Democrats in the House and Senate to address this issue, and all have failed to take action.

Does Trump’s recent executive order signal a shift in the fortunes of American patients? Will Trump’s action put pressure on Congress to engage in similar steps to help U.S. consumers?

Dr. Mary Tipton is a primary care physician and the owner of Copper View Medical Center in South Jordan, Utah. She has long been a vocal patient-advocate, taking particular issue with pharmacy benefits managers and the safe harbor system.

As an internist and pediatrician, Dr. Tipton treats newborns, children and adults. She received her MD degree from the University of Utah, located in Salt Lake City, and later completed a double residency program at Wright State University School of Medicine in internal medicine and pediatrics.

She was invited to the White House because of her involvement with the cause of lowering prescription medication prices in the U.S. through Practicing Physicians and Free2Care.

“As a mother of four children, a business owner and a full time primary care physician I am an unconflicted advocate for my patients. And we should remember: We are all patients.”

Dr. Tipton is married and lives in South Jordan Utah with her two sons, two daughters, and two dogs.