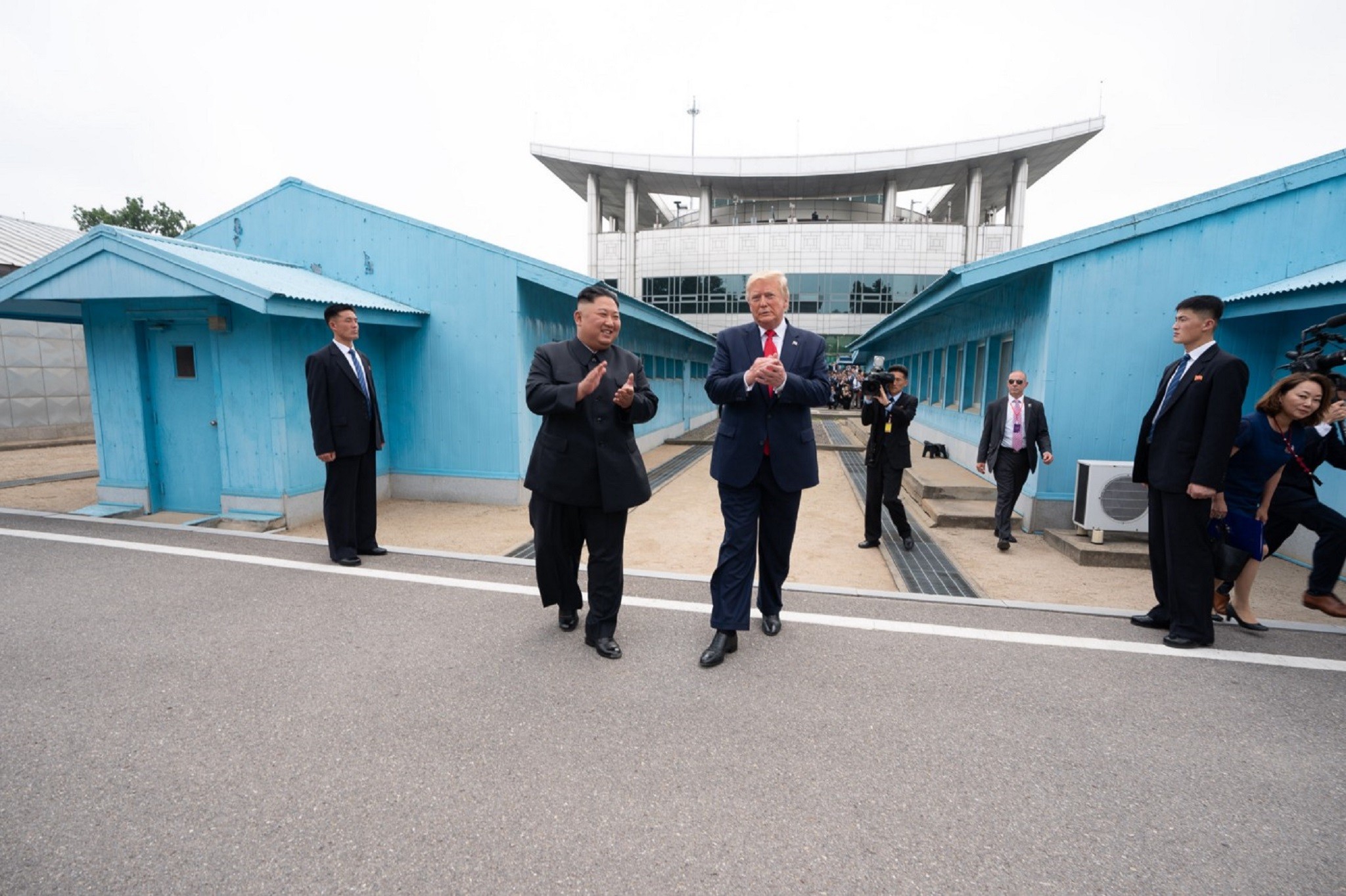 It was a move that sent both administrations scrambling.

It was a far cry from the usual meticulously planned and executed meeting of two heads of state; one of whom the leader of a nationalistic isolationist state with nuclear ambitions and delusions of grandeur, the other one North Korea’s Dear Leader, Kim Jong Un.

Instead, it was a meeting that seemed to be arranged on a whim- Trump’s- and extended via social media. What is perhaps even more surprising, is that such an invitation was accepted.

Trump, for his part, had very little to lose with such a move, whether it was really spontaneous or not. If Trump received any interest from Pyongyang, even openness to a future meeting, he could have claimed the unorthodox diplomatic gambit a success.

That Kim accepted his meeting has, let’s say, certain benefits for the Trump campaign. But also for the Korean Peninsula. And the world.

Democrats, predictably, aren’t impressed with what they insist amounts to little more than a photo op for the two leaders. In a historic step, Trump became the first U.S. President to set foot in North Korea. The two leaders shook hands, exchanged greetings, then met privately together for nearly an hour, with their respective coteries of officials also in attendance.

Trump and Kim emerged from the meeting with the announcement that talks between the two countries, abandoned abruptly during their last meeting, would begin anew.

Even Pope Francis expressed great optimism at news of the meeting.

“In the last few hours we saw in Korea a good example of the culture of encounter. I salute the protagonists, with a prayer that such a significant gesture will be a further step on the road to peace, not only on the peninsula, but for the good of the entire world.” — Pope Francis

It was undoubtably a diplomatic coup for the Trump administration, and a campaign coup for Trump.

There are, however, a few factors working in Trump’s favor and against the fortunes of Kim Jong Un, of which the Oval Office can hardly be ignorant, and for which it can hardly claim credit.

North Korea recently faced a major drought, followed by significant crop failures. More are predicted. The government rations that 70% of the North Korean population depend on for survival, already austere, have been reduced by almost half in recent months.

A leader sitting atop a booming economy has as much job security as anyone can claim in the Information Age. Consider the “Polish Miracle”: Poland doubled it’s GDP in 10-years and grew a robust middle class. Leadership responsible for that kind of growth is almost too popular.

A leader presiding over a population slowly starving to death is not.

He may not have looked it on Sunday, but Kim Jong Un is on the ropes. A stable administration does not need to execute its entire U.S. nuclear diplomatic negotiating team, or feed rivals to a tank of pirhafnas to set an example. Or fire rockets in a (false) display of strength.

Trump may be personally unlikeable. He may be getting it seriously wrong at the U.S.-Mexico border, though he is only the latest President facing this border crisis to do so.

But Trump deserves credit for capitalizing on something that, if Kim folds on denuclearization, was likely to happen with or without Donald Trump. Trump’s style of negotiating, even his willingness to walk away from his last encounter with Kim, are likely accelerating the process. Which isn’t exactly a bad thing.

Keeping tensions low on the Korean Peninsula is an end unto itself. The ultimate goal, of course, is a denuclearized North Korea that joins the global marketplace, and in a perfect world, deposes and tries Kim Jong Un for war crimes and crimes against humanity.

But that’s the long game. The U.S. is in negotiations with a madman, there is no question about that. Kim is surrounded at all times by people with every reason and incentive to betray him; just because you’re paranoid, doesn’t mean they aren’t after you. He has millions of hostages. Trump needs to keep him talking, pretend to be his friend.

Kim’s days are numbered, he will fall. And like Regan when the Berlin Wall fell, Trump plans to be there to catch the credit when it happens.