Will it be enough to stop his slide in the polls? 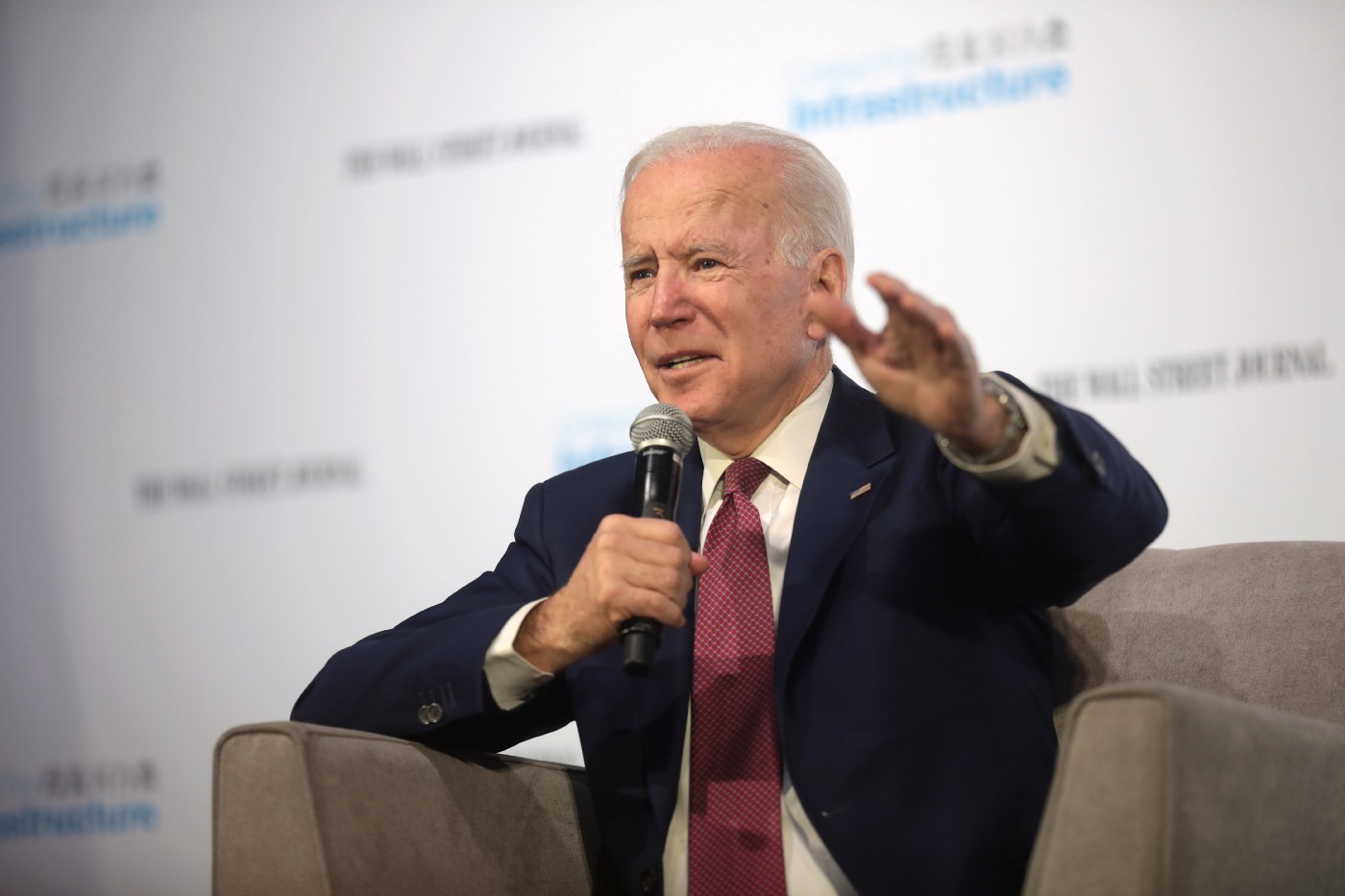 Former Vice President of the United States Joe Biden speaking with attendees at the Moving America Forward Forum hosted by United for Infrastructure at the Student Union at the University of Nevada, Las Vegas in Las Vegas, Nevada. Feb. 16, 2020. (photo: Gage Skidmore)

In a series of tweets Monday morning, Democratic Party presidential nominee Joseph Biden condemned the rioting and looting that has occurred in American cities across the nation for the past three months.

After Biden condemned the violence, his recently-named running mate Sen. Kamala Harris tweeted an agreement, saying “I join @JoeBiden in condemning this violence. This can not — and must not — be who we are. Americans deserve a president who will heal our country and bring people together — not fan the flames of hate and division.”

Biden criticized President Trump’s emphasis on law and order, asking voters “does anyone believe there will be less violence in America if Donald Trump is re-elected?”

Biden’s claim seems to reiterate statements Sen. Harris made in June about the length of these “protests”. After television personality Stephen Colbert commented that he was seeing differences in the amount of coverage for protests, Harris said the protest were “not gonna stop.”

Former Acting Director of National Intelligence Richard Grenell responded to Biden on Twitter, writing “Biden threatens America with more violence unless he gets his way.”

Trump has consistently claimed Biden is a Trojan horse for far-left Democrats and Biden countered this at one of his latest campaign stop, telling supporters to ask themselves, “Do I look to you like a radical socialist with a soft spot for rioters? Really?”

Trump’s campaign responded to Biden’s speech. They said Biden “failed to apologize for his campaign staff donating to a fund which bailed violent criminals out of jail in Minneapolis.”

About 13 paid staffers on Biden’s campaign posted on Twitter that they made donations to the Minnesota Freedom Fund, according to a report from Reuters. Biden’s VP pick Senator Kamala Harris has also raised financial awareness and support for this same fund, which has bailed out rioters who committed the acts of violence she just recently condemned.

“If you’re able to, chip in now to the @MNFreedomFund to help post bail for those protesting on the ground in Minnesota,” Harris wrote on Twitter.

The Minnesota Freedom Fund (MFF) received $35 million in donations in the wake of the police killing of George Floyd, with many of those donations intended to help protesters who were jailed during the demonstrations and riots in May, according to a report from Fox 9 News.The Fund, promoted by Harris and funded by a number of celebrities, paid bail for violent criminals including a murderer, a serial rapist, and a would-be cop killer.

Fox 9 News in Minneapolis reported on a few of the rioters that were bailed out by the Minnesota Freedom Fund:

“Among those bailed out by the Minnesota Freedom Fund (MFF) is a suspect who shot at police, a woman accused of killing a friend, and a twice convicted sex offender,” according to court records reviewed by the FOX 9 Investigators.

According to the attempted murder charges against him, Jaleel Stallings shot at members of a SWAT Team during the riots in May. Police recovered a modified pistol that looks like an AK-47. MFF paid $75,000 in cash to get Stallings out of jail.

Darnika Floyd is charged with second degree murder, for stabbing a friend to death. MFF paid $100,000 cash for her release.

Christopher Boswell, a twice convicted rapist, is currently charged with kidnapping, assault, and sexual assault in two separate cases. MFF paid $350,00 in cash for his release.

Two days prior to Harris’s encouragement for people to “chip in” donations, MFF announced its support for defunding the police.

“We’re gonna need you @GovTimWalz to do better than vague promises of change. Defund the Police. End Money Bail. Rebuild our small BIPOC owned businesses.,” the group wrote on Twitter in response to the Minnesota governor announcement of Derek Chauvin’s arrest.

The Trump campaign also said Biden on Monday did not mention or condemn the Antifa movement, which Trump has labeled a terrorist organization for the various acts of violence committed.

Murtaugh then repeated a sentiment increasingly common among Trump allies, that “you won’t be safe in Joe Biden’s America.”

Will Biden’s recent condemnation be enough to assuage moderate Democrats? Most importantly, will it be enough to convince the persuadable independents and undecided voters Joe Biden needs to win?