When did the suspicions and opinions of a disgraced lawyer become more newsworthy than world peace?

Trump is in Deep Trouble Now

Nominated for a Nobel Peace Prize for his work on the Korean pennisula, Trump was back at it again yesterday, trying to negotiate the nuclear draw-down of North Korea.

All for Michael Cohen.

Embattled U.S. President Donald Trump is in so much trouble at home and in the press this week, he has had to lift to the forefront a seething pot American Presidents have been keeping on the back burner, just in case, for six decades.

A peace and nuclear disarmament treaty with North Korea. 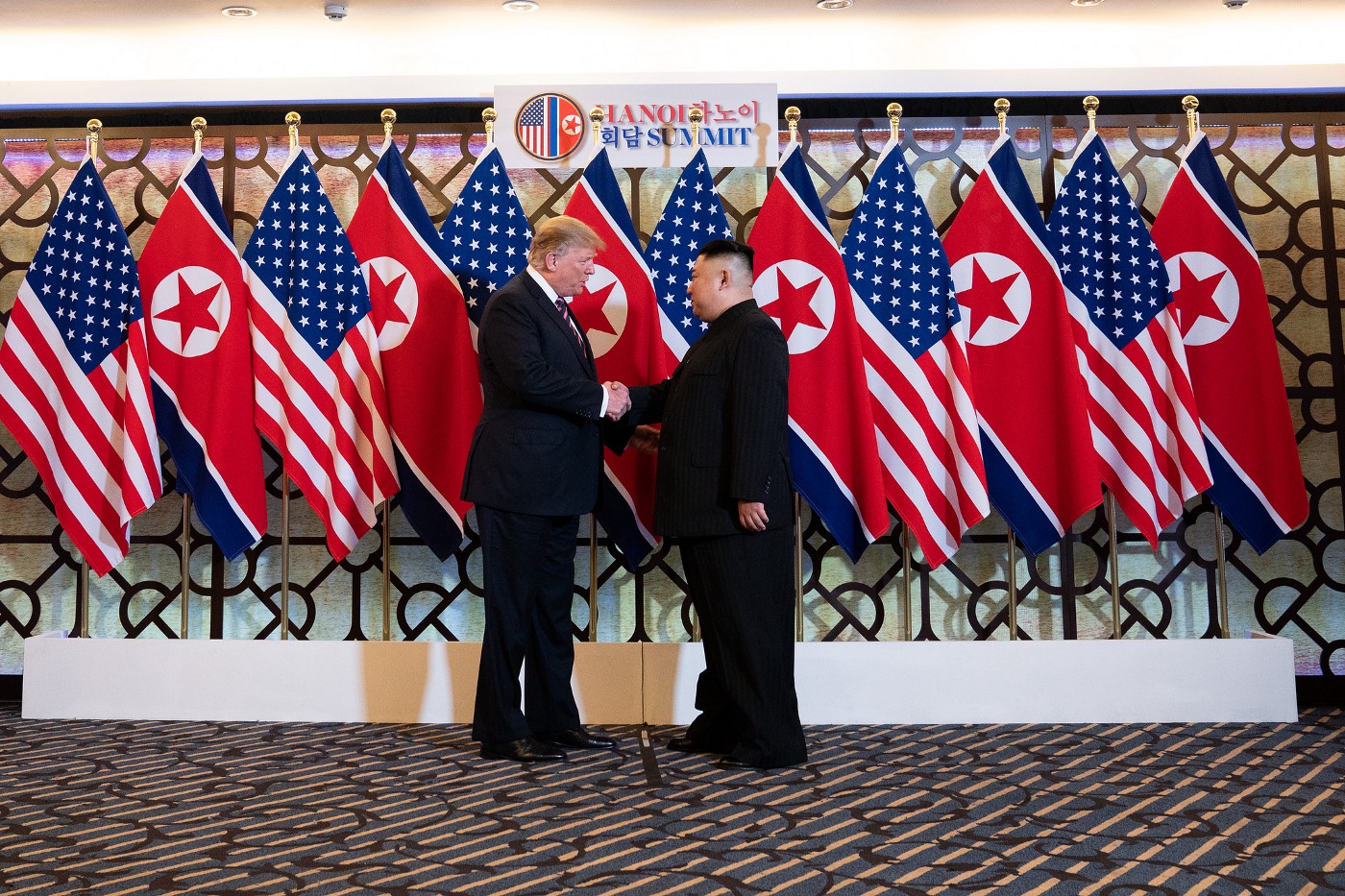 You see, any President before Trump could have, at any time, had they wished it, negotiated a nuclear peace treaty with Kim Jong Un, or his father before him.

They just never really needed to. All the former U.S. Presidents were relatively stand-up guys, who didn’t have any scandals needing that level of distraction.

Not the possible denuclearization of North Korea level of distraction.

Had President Obama, for instance, ever needed to distract the public from such a disgraceful scandal, he could have reeled it in anytime, no problem, just as Trump has now done.

President Bill Clinton might have considered it during the Monica Lewinsky scandal, but that was such a minor matter, Clinton never needed North Korean peace talks.

Trump however, had to pull the ripcord on the secret “Peace with North Korea failsafe plan” in a last ditch effort to save himself from terrible ruin. 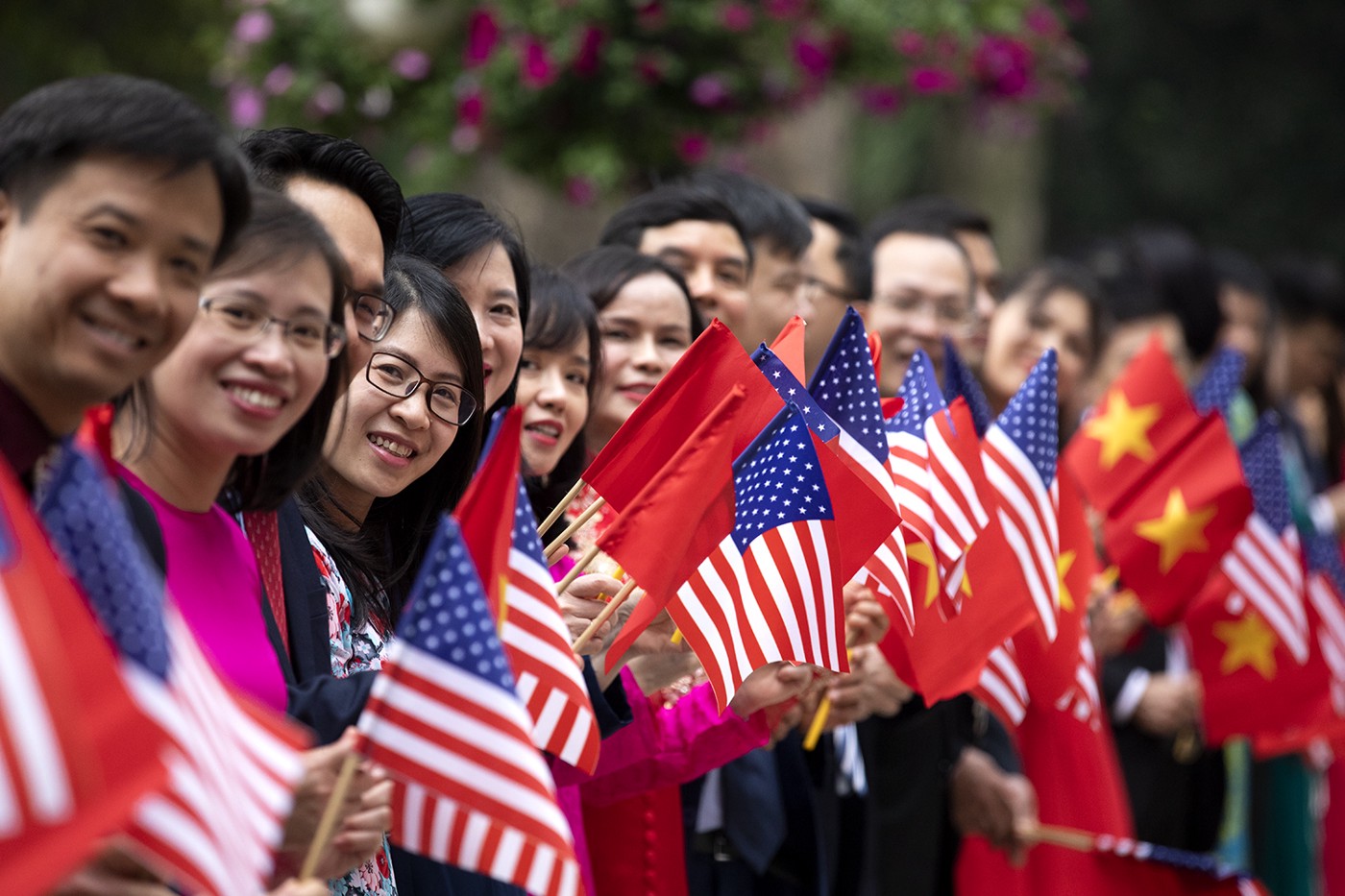 Trump had no choice, really. Michael Cohen is telling Congress Trump’s terrible dark secrets that no one knows and no one on earth talks about:

Namely, that he thinks Trump is a racist and a liar.

Trump cannot allow anyone to find out about this or form these opinions of him. His Presidency cannot be tarnished irreparably by these terrible accusations. There is no coming back from something like that.

Trump desperately needs a big distraction, before the liar and racist stuff on him can go public, spread like wildfire, end his Presidency, ruin his political career, and damage his reputation forever.

And just when Rachel Maddow was going to name him King of the Winter Carnival, too.

What is Headline News Anyway? 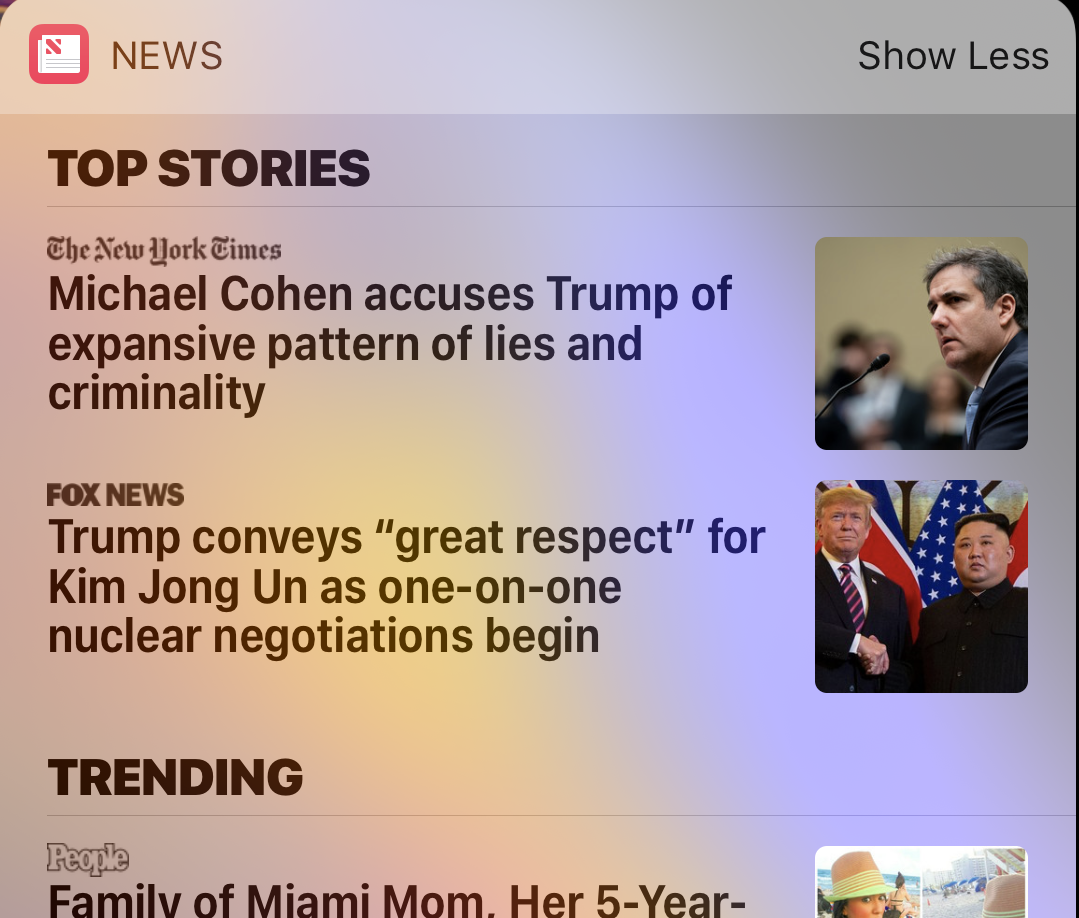 Why doesn’t anyone care about nukes anymore?

Cohen’s testimony, front page news, though he freely admits to having no direct evidence on Trump whatsoever.

“Questions have been raised about whether I know of direct evidence that Mr. Trump or his campaign colluded with Russia. I do not. And I want to be clear. But I have my suspicions.” — from Michael Cohen’s testimony, February 27 2019.

Trump’s second trip to meet with dictator currently imprisoning thousands of his own people in horrifying concentration camps that can be viewed on google maps, see page 161.

A historic event, with a nuclear armistice on the table, in country full of people who desperately need sanctions to be lifted, sharing a pennisula with a couple of other perfectly nice nations deeply committed, for obvious reasons, to the denuclearization of North Korea…Michael Cohen. 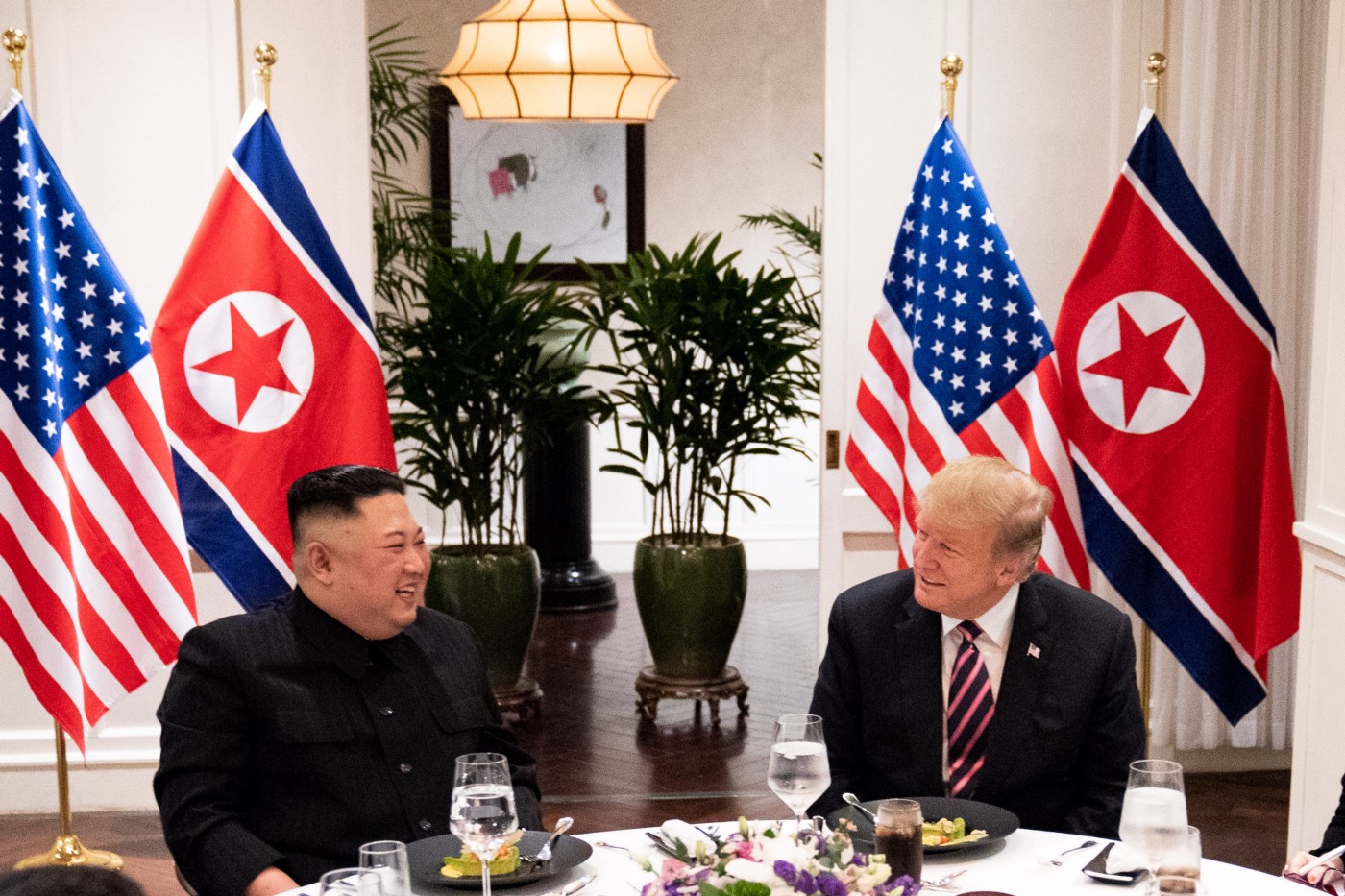 The sitting U.S. President engaged in delicate diplomatic relations with a dangerous dictator, who has never allowed American reporters to question him before, and reporters seized the opportunity… to shout questions at Trump about what basically amounts to Michael Cohen’s name calling.

Ten years ago, Michael Cohen would have graced the cover of the Weekly World News and the Trump/Kim summit would have been on the front page of the New York Times and Time magazine.

But the mainstream media wants dirt on Trump, somewhat desperately. A bit of utterly inconsequential news about world peace should not be allowed to distract anyone from Michael Cohen’s already well-covered opinions on and suspicions of Donald Trump.

Opinions and suspicions are not admissible in a court of law, let alone in a congressional hearing regarding the possible impeachment of a sitting U.S. President.

If they were, every single President in history would have been unseated by the opposing political party. No President would ever sit the office again.

Further proof, if further proof were needed, that Michael Cohen’s testimony proved absolutely nothing, revealed nothing unexpected, provided no smoking gun and amounted to exactly zilch:

Yesterday: Wall Street steadies after Lighthizer, Powell, Cohen testimonies. Investors were nervously watching three major hearings, the market steadied when it became clear that no bombshells would result from any of the proceedings, including the Cohen testimony.

The Crisis of the Successful Trump Presidency

How can the mainstream media better handle the unaccountable and regrettable instances of Trumpian success?

Massive troop draw-downs in long-occupied Middle-Eastern nations- in direct opposition to the wishes of the military complex and political party leaders on both sides of the aisle; significant criminal justice reform addressing racially-biased sentencing; bringing North Korea to the negotiating table at all, let alone making progress.

Major media outlets could cover the progress in North Korea without giving Trump any credit. That would be a better and more credible story than Michael Cohen’s so-called road to redemption.

“President Trump should win the Nobel Peace Prize. All we need is to bring peace.” — Moon Jae-in, according to the Blue House, Seoul’s equivalent of the White House

Under no circumstances should the media insinuate that Trump is wrong to negotiate with a brutal dictator like Kim. There is no question that North Korea is ruled by a brutally repressive regime.

There is also no question that the strategy of isolating North Korea has done the people of the that country, 25,688,189 of whom are not Kim Jong Il, absolutely no good

Instead, the U.S. media at large is likely to keep indulging in impeachment story hour, where magical fairy tales full of wild speculation and not much else, are spun for the delight of childish Dems who are not sincere in their belief that Trump can be defeated at the polls in 2020.

In absence of that belief, they have only a false hope based on circular reasoning.

“If [special counsel Robert Mueller’s] report comes out and we keep having the breaking headlines every single day, I’m pretty sure that [impeachment] is going to call for itself.” — Rep. Ilhan Omar (D-MN)

If the Democrats, and the media outlets that support them, decide to pay attention to voters and run on the issues that won them the House in 2018, they can defeat Trump at the polls in 2020.

The question is, will they try?

Impeachment is a sideshow; 2020 is the main event.