Will Democratic voters respond to his negative message? 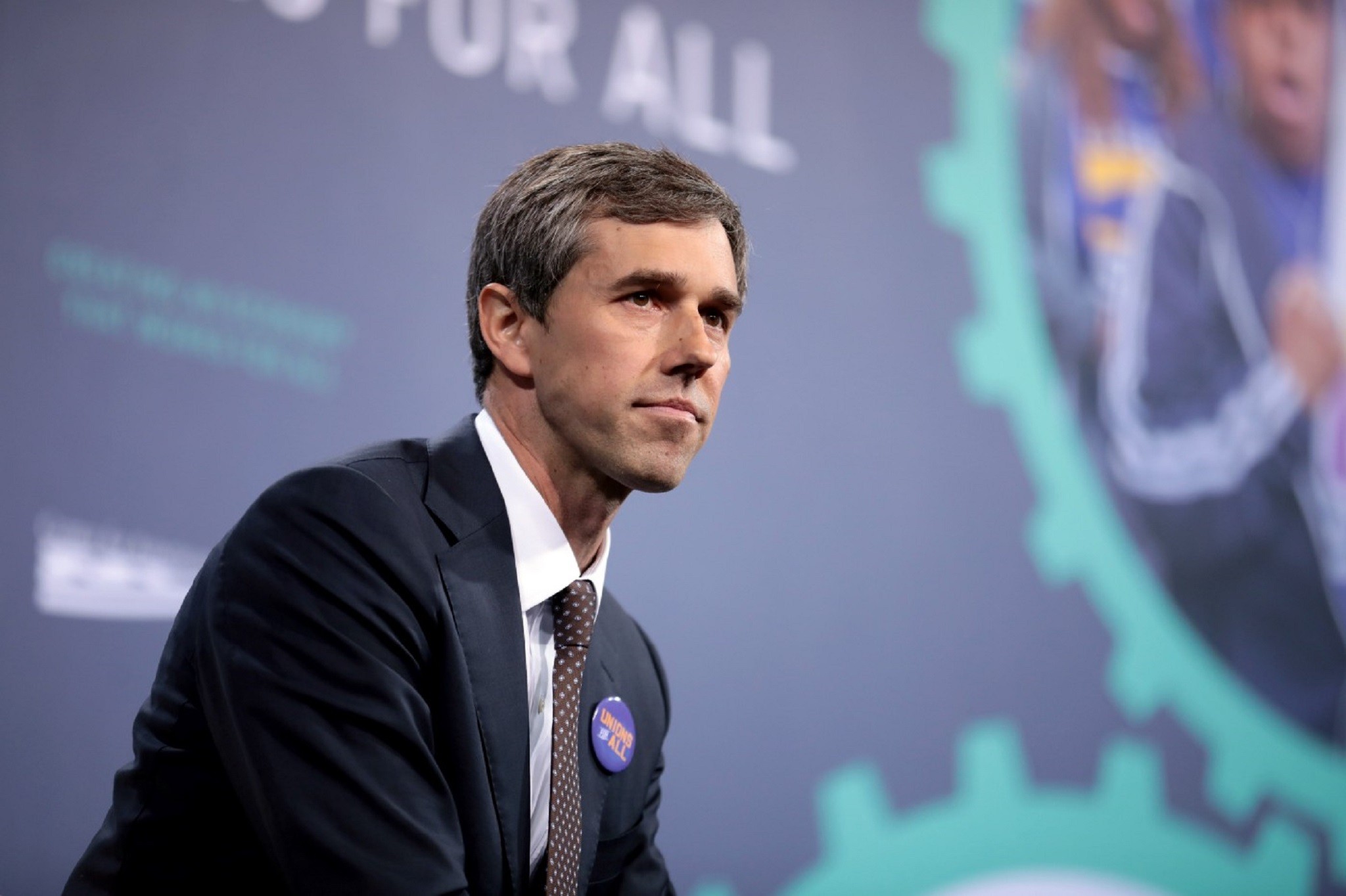 Former U.S. Congressman Beto O’Rourke speaking with attendees at the 2019 National Forum on Wages and Working People hosted by the Center for the American Progress Action Fund and the SEIU at the Enclave in Las Vegas, Nevada. (photo: Gage Skidmore)

When impassioned liberals beheld candidate Barack Obama in 2008, it wasn’t with a jaundiced eye.

Obama’s campaign slogan was a simple one, and even simplistic by our 2019 standards; this vague a promise would be met with an immediate chorus of challenge from the left today.

Change of what exactly? To what? And change for whom?

In 2008, liberal Democrats didn’t need specific and explicit commitments on a plethora of central issues, but they did expect a leader who they could believe in and trust after the unpopular wars, raised taxes, and government mistrust that marked the Bush years.

Obama had something even better than a plan for everything; he inspired hope. “Hope and Change” became the cornerstone keywords of Obama’s 2008 Presidential campaign, and followed him throughout his Presidency.

With passionate speeches, and the perfect delivery of a truly gifted orator, Obama gave the people what they wanted.

That is, bread and circuses. In 2008, people needed something to believe in. They also needed to believe again in themselves; a housing bubble had burst, the bottom of the tech market had fallen out, and the U.S. and its workforce had suffered a demoralizing economic slowdown and recession.

What voters in 2008 needed, more than anything else, was a vision for the future that restored hope and pride, allowing them to believe again; in the best about themselves, the country they lived in, and the economy they depended upon for survival.

Someone offering to restore this faith in a future of hope and change, plus offering restore faith in the U.S. government, was a shoo-in in 2008.

What hope could an old guard pragmatist like John McCain have possibly had against a force that powerful?

Obama, against all the odds, defeated Hillary Clinton in the Democratic primary, and went on to win the Presidency. The election swept the first African-American President in U.S. history into the highest office in the land.

It was a storybook tale, a Cinderella story, a coming of age story for a country rising, decade by decade, in fits and starts, out of a bloody history swathed with inequality, injustice and suffering.

President Barack Obama could rise above a history paved by oppression and discrimination and the American people could, too.

In 2012, a dead-pan policy wonk like Mitt Romney had even less of a chance against the President Barack Obama story, and the hope that story inspired in a grateful nation. The change was less pronounced, but the first major legislative effort to address the crisis of unaffordable healthcare had taken place. President Obama understood the plight of the uninsured with preexisting conditions in America, and moved to solve the crisis.

Though the Affordable Care Act ultimately fell short, in 2012 hopes were still high that it would prove the health care affordability panacea it was promised to be.

Barack Obama faced no internal opposition from Democrats during his reelection campaign. If anyone had doubts about Obama’s surprisingly hawkish military policies or the shortfalls of the Affordable Care Act, they kept quiet.

For voters on the left, the inspiration of the Obama presidency led directly to the disastrous 2016 Democratic primary, as Democrats strove to define the party in a post-Obama world where Donald Trump, of all people, was in a position to be President.

For Democrats, 2016 was nothing so much as a hard crash back to Earth from deep space, a dash of icy cold water into progressive Democratic faces still basking in the halo effect of the Obama years.

And just like that, the golden age was over. President Obama left office, and Democrats awoke to find themselves ideologically divided on important issues, with no clear successor, no one who seemed likely to unite them.

The end of the Barack Obama presidency perhaps most closely resembles a successful and beloved King failing to provide a proper plan of succession. Hillary Clinton, it was clear on November 5, 2016, was in fact no heir apparent.

Instead Hillary Clinton emerged as a brand irreparably damaged by her loss to Donald Trump and leaked information that DNC leadership efforts to help her win the nomination prevented it from going to Bernie Sanders.

In 2019, the field of Democratic Party candidates still flounders, without a single masthead, without a clear successor to Obama.

Too many would-be heirs to the throne is never a good thing; history is littered with the corpses of cleverly disposed of royal competition and inconvenient elder brothers.

The 2020 election is proving to be no exception. The circular firing squad among progressive Democrats vying for position as furthest left is firing on all cylinders; the juxtaposition of new progressives versus old guard Democratic leadership is on full display.

It is a difficult field to navigate. The full-contact age of Donald Trumpian politics is no time for the faint of heart. Trump has repeatedly demonstrated his willingness go to the mattresses against whomever winds up with the Democratic nomination in 2020.

What Democratic voters need now, more even perhaps than they did in the dark ages of 2008, is someone who can inspire hope and pride again, recall the feel good era of President Obama, and give them a vision for an America they can really believe in a be proud of.

Beto O’Rourke is not that person.

“This country was founded on white supremacy. And every single structure that we have in this country still reflects the legacy of slavery and segregation and Jim Crow and suppression.” — Beto O’Rourke, July 14 2019

If that is his campaign slogan, he needs to work on it.

Is it true? Of course it’s true.

It is also true that we will all someday die; true that with each year that passes we are living a larger and larger percentage of the time we have left. It is true that, unless we are still living at home with them, we have already spent the largest percentage of time we will ever spend with our parents or children. The heat death of the universe in inevitable. Thousands of people starved to death in the time it took you to read this.

Depressing, isn’t it? None of these facts make anyone feel any better; and they don’t make good campaign material.

Democratic voters need a reason to hope, they need a vision of change more than ever. Liberal progressives do not need reminding of how terrible everything is; press coverage of the daily antics of one Donald Trump is serving well enough.