Sen. Bernie Sanders is a victim of his own success. His politics moved the Democratic Party so far to the left, he isn’t liberal enough for 2020. Is anyone? 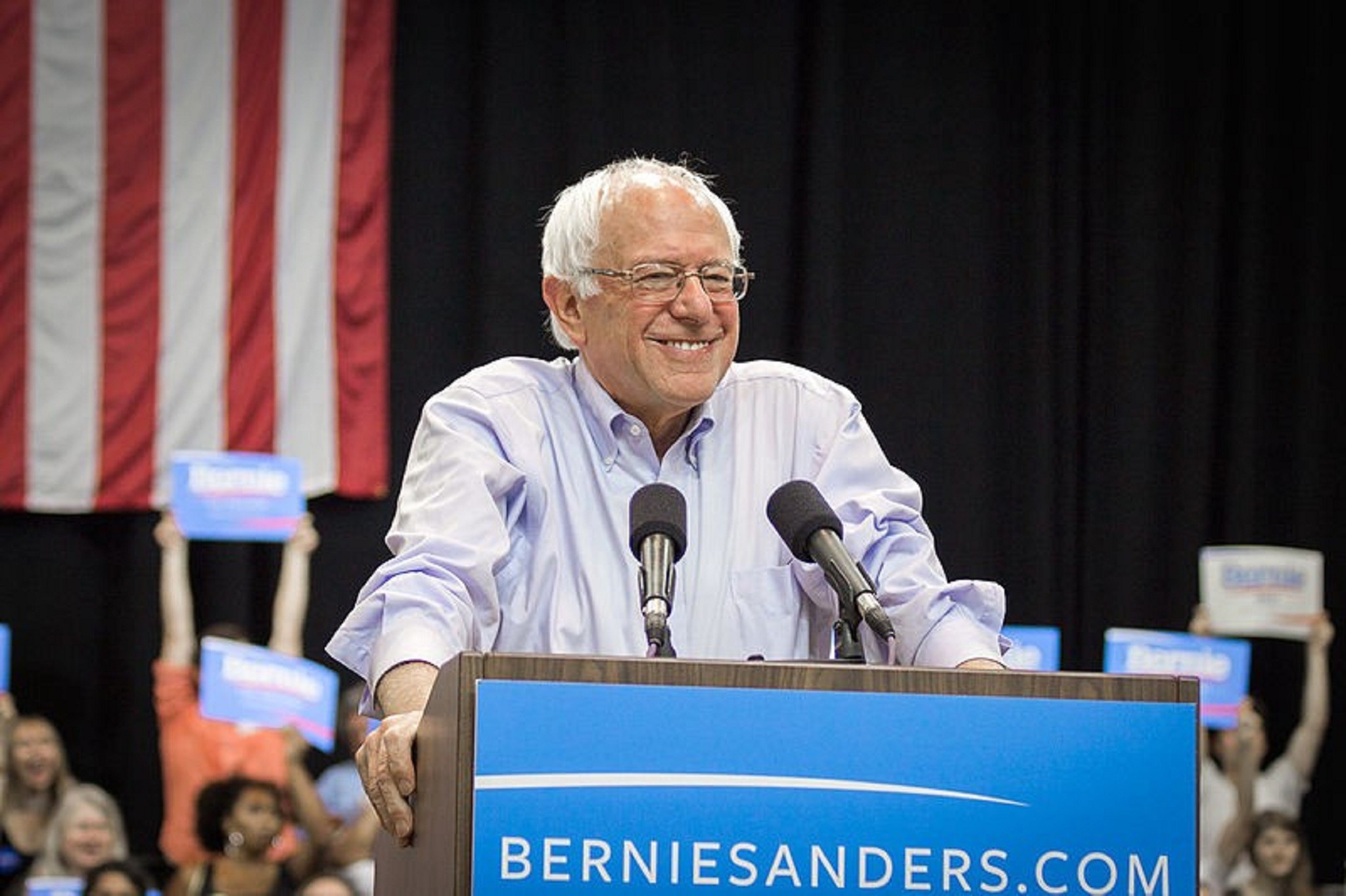 Sen. Bernie Sanders may have signed a pledge this week promising to run as a Democrat and govern according to Democratic principles if elected, but it was really only a pledge not to run against the Democratic Party’s nominee as an Independent.

Because the Democratic nominee for President in 2020 will almost certainly not be Sen. Bernie Sanders.

His 2020 presidential campaign was already dead on arrival when he announced it, but it is being propped up for some reason and carried around as if there might be some life in it yet.

Contributions are one thing, the Sanders campaign certainly is no slouch when it comes to talking the talk.

The campaign announced this week that its very first day of fundraising netted a not-insignificant $5.9 million.

But Democratic voters and donors alike are about to find out what they have been missing about the Sanders campaign all along.

Never considered a serious threat by the Clinton campaign machine, Sanders largely escaped the 2016 presidential primary election unscathed. The Sanders campaign was ignored in early months, and when media coverage began in earnest it was overwhelmingly positive.

Unfortunately for Sanders this time around, 2016 was a lifetime ago. A simpler, quaint, olden time, when questionable articles about rape fantasies written over 30-years before would have had little bearing and received little, if any, traction in the press.

It was an era in which Sanders might have gotten away with his cavalier brush-off of inconvenient reports about widespread sexual harassment perpetuated against female volunteers and staffers during his 2016 run.

Voters might believe his claim that a demanding work-schedule made it impossible for him to control every aspect of his campaign. But they might have a harder time understanding why the Sanders campaign systematically paid women less than men.

2016 was also an era that more readily acknowledged the reality of history, and historical attitudes about homosexuality which were historically accepted, and widely, until relatively recently.

In reality, between 1952 and 1973, homosexuality was classified as a mental disorder by the American Psychiatric Association. In 1973, the APA removed that classification.

“We will no longer insist on a label of sickness for individuals who insist that they are well and demonstrate no generalized impairment in social effectiveness. The APA supports civil rights legislation at local, state, and Federal levels that would insure homosexual citizens the same protections now guaranteed to others.” — American Psychiatric Association, 1973

This critical shift was a major milestone in LGBTQI rights, as attitudes in society began to shift accordingly. But, as always, gradually.

It would still be 15-years before Barney Frank became the first U.S. Congressman to ‘come out’ by announcing his orientation publicly; 20-years before Rachel Maddow became the first openly-gay women to be awarded a Rhodes scholarship. Enter Ellen DeGeneres, almost a quarter-century after the APA evolved on the issue of LGBTQI.

All told, it would take over 30-years from the landmark reclassification before gay and lesbian characters became the television mainstays that exposed the American public to the civil-rights struggles of LGTBQI-Americans on a widespread scale.

Longer for SNL writers to decide that ‘It’s Pat’, a recurring character whose only claim to comic fame was an indeterminate gender lampooned for laughs, was inappropriate.

Considering this, can older politicians, say those born before 1965 for instance, be forgiven by liberal society if they haven’t always held the ‘correct’ beliefs about gay marriage?

We’re about to find out.

Considering his badge as a far-left liberal stalwart, it is going to surprise many would-be Sanders voters that it took the Senator quite a long time to evolve on the issue of gay marriage.

And then only after a great deal of waffle. And only when it was politically safe for him to do so.

“Senator Sanders, at points, has implied that he has been a strong and consistent supporter of the freedom to marry — but at crucial junctures, at least publicly, he was not.” — Evan Wolfson, the founder and president of pro-gay-marriage group Freedom to Marry.

“I believe the federal government should not be involved in overturning Massachusetts or any other state because I think the whole issue of marriage is a state issue.” — Bernie Sanders, 2006

Sanders finally did come out in favor of gay marriage in 2009; but only after the legislature in his home state of Vermont voted to legalize it.

If Sanders thinks he can win the Democratic primary with his old rallying cry of Medicare for all and free college, he needs to think again.

One issue, with daily news reports about active shooter drills, mass-murders and would be assassins planning deadly large-scale attacks that, even if thwarted, are still terrifying, is likely to be gun violence.

This isn’t good news for the Sanders campaign either.

He voted for the so-called ‘Charleston Loophole’ that allowed church shooter Dylan Roof to obtain the weapons used to murder 9 African-Americans in Charleston.

The Democratic Party of 2020 has changed a great deal in the past two-years.

Will the great Politically Correct Pop Culture cull of 2020 leave any Democrats still standing after the full-court press they are likely to endure as we march closer to election day?

It is far from certain that even gold-standard Democrat Barack Obama could be considered liberal enough by 2020 standards. Not after coming under fire for recent remarks encouraging young African-American to reject the hip-hop fantasies of wealth and women by eschewing symbols like gold chains and twerking.

Critics compared Obama’s condescending words of wisdom to comments made by Bill Cosby when he encouraged young people to “pull your pants up and stop this [hip-hop culture] stuff.”

Joe Biden won’t be faring much better. He has a fair few skeletons himself, including some troubling public comments he made in 1975 supporting segregation.

There are also plenty of questions about Biden’s financials. Compounding the problems, Biden’s long career as a hasn’t precisely been fruitful.

Sanders and Biden will, no doubt, have to answer to these charges, and others, as the months go on and Donald Trump continues to incite liberals into perpetrating fake acts of violence against themselves.

Sen. Kamala Harris’s record as a prosecutor is already beginning to haunt her; Sen. Elizabeth Warren’s decades-long and always-dubious claims to Native-American heritage were never going to just go away.

If major news outlets think that if they play protection, Democratic candidates in 2020 will survive the public gauntlet of a bitter, one-last-chance-to-beat-Trump-level campaign with their closeted skeletons still intact, they should seriously reconsider.

Everything but everything is coming out in the wash, and voting Democrats aren’t going to like what they see.