Since 1979, the mullahs’ regime in Iran has given the world and the Iranian people 40-years of corruption, repression, terror, and failure. 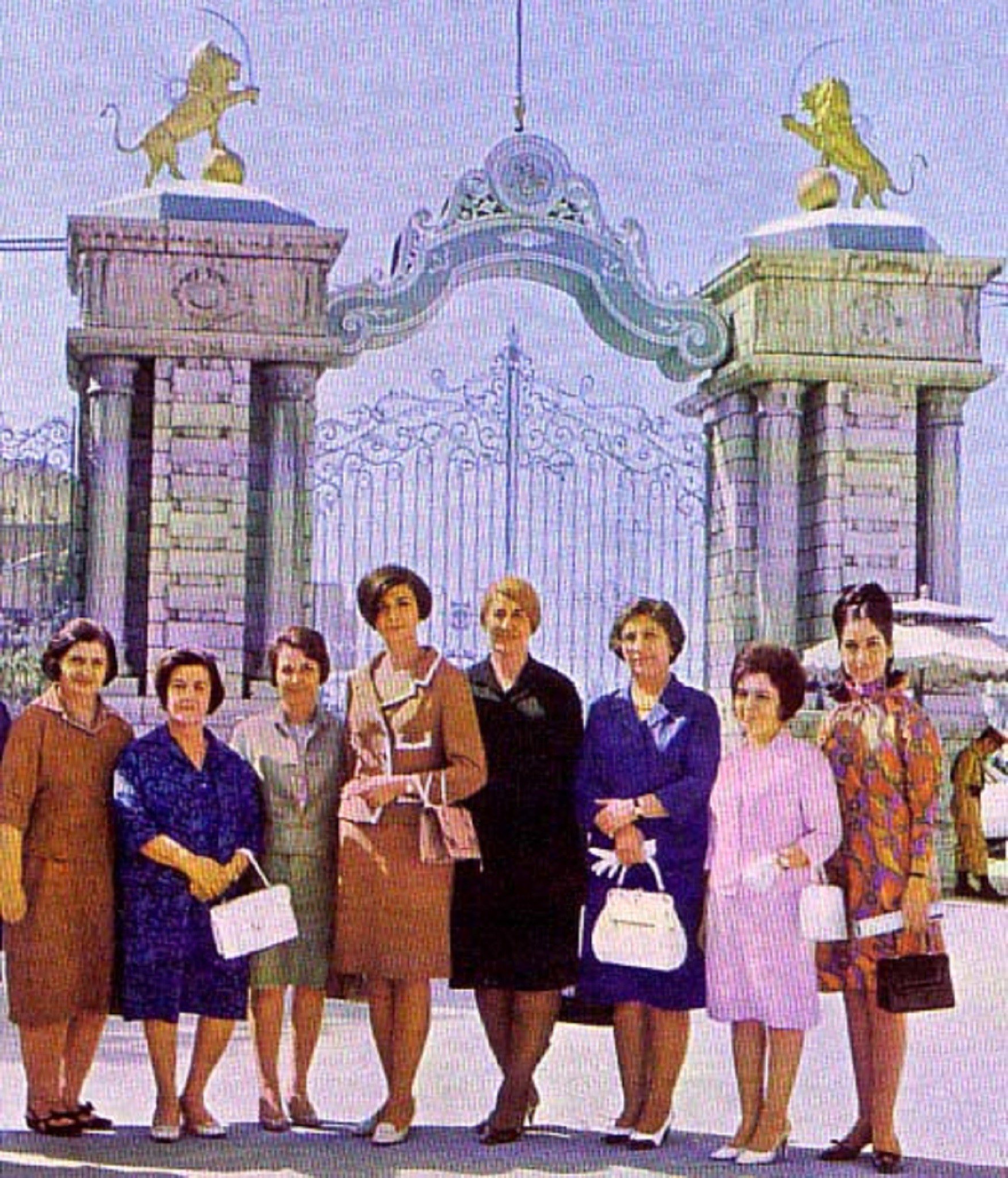 A Hopeful Picture: Women Parliamentarians of Iran in front of the gate of the Iranian Parliament (Majlis Shoraye Melli), mid 1970s

A Tale of Two Irans

Before the Islamic Revolution took place in Iran in 1979, and Khomeini’s revolution transformed every aspect of Iranian society, Iran was a very different world. 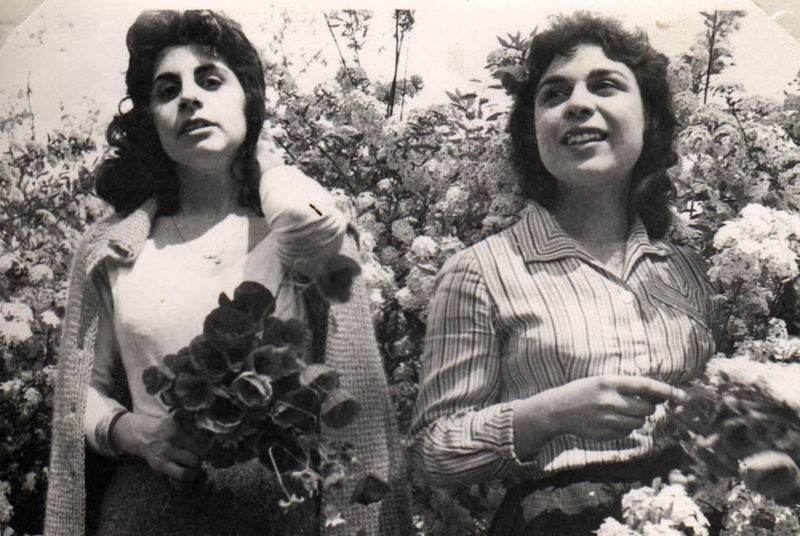 After the Islamic Revolution in 1979, when Ayatollah Khomeini deposed the Shah of Iran, 70-years of advancements in Iranian women’s rights were rolled back virtually overnight.

Though things have been gradually getting incrementally better for women in Iran in the forty-years since the Islamic Revolution, women’s rights in Iran still haven’t recovered even to the modest point they had reached prior to 1979. 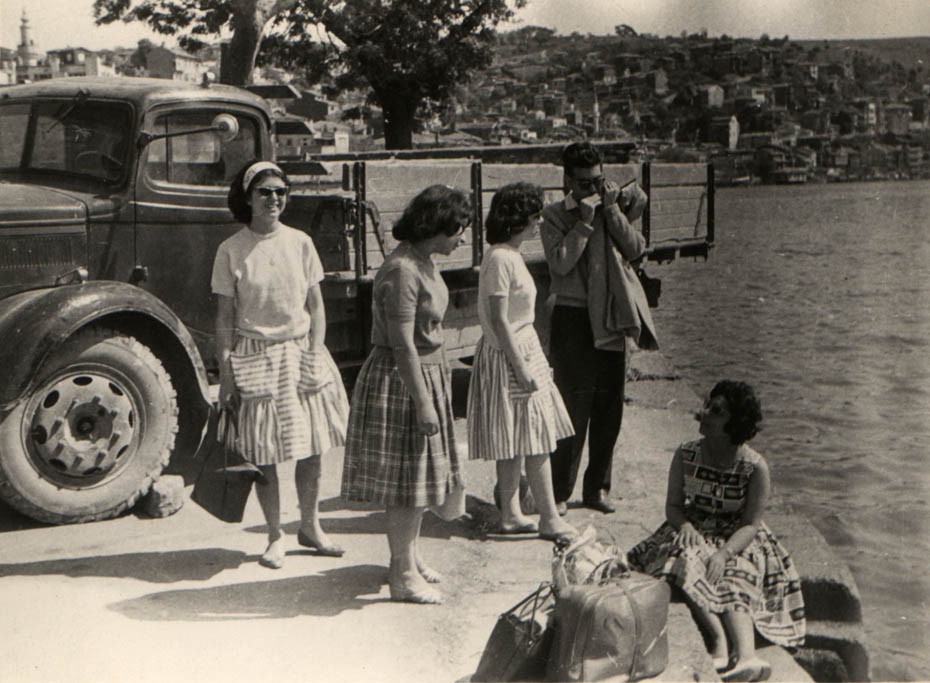 Before the Islamic Revolution changed the country so drastically, Iranian women were participating members of society and the culture at large. 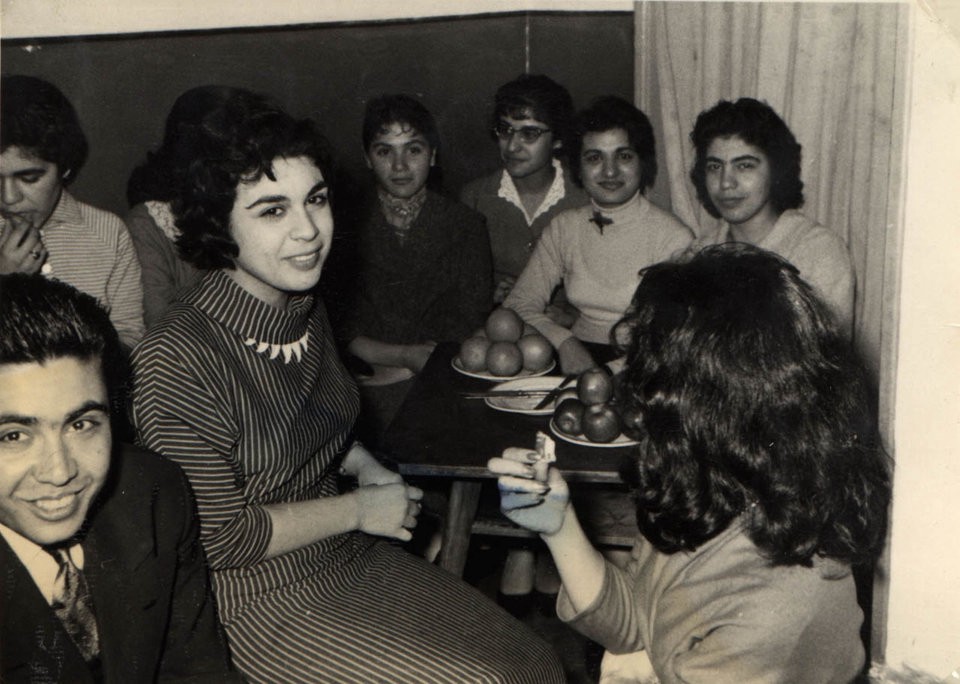 During the preceding reign of the Shah, Iran’s leadership seemed determined to modernize Iran and follow in the footsteps of modern Turkey. The Shaw wanted an Iran that could compete with the West.

Women were encouraged to get an education. Women and men mixed freely, and educational opportunities for women were greatly expanded. 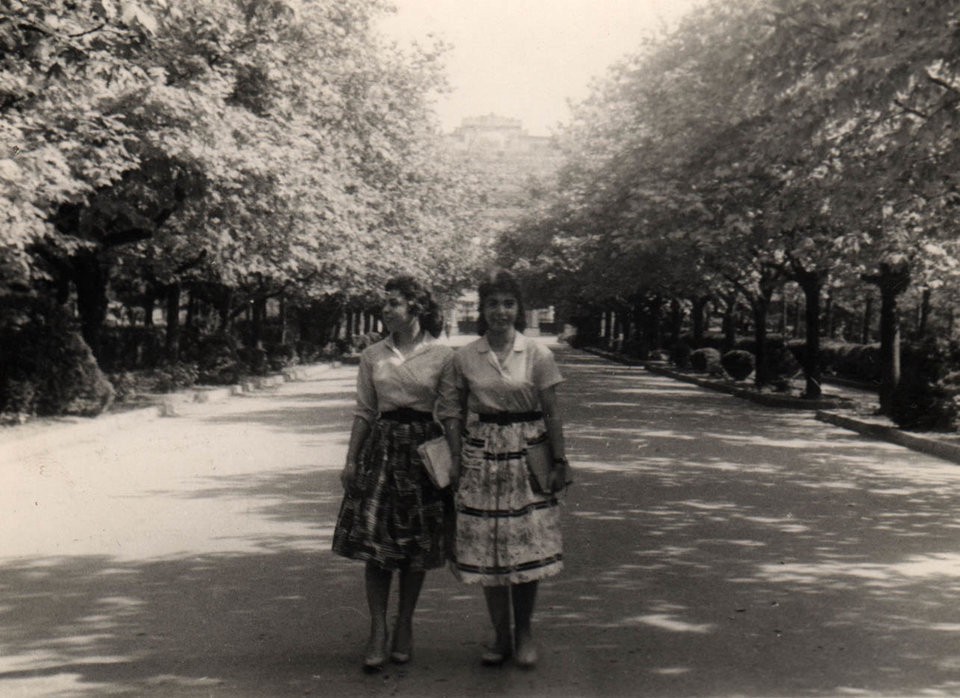 Tenacious women’s rights organizations, like the Organization of Iranian Women, The Women’s Party, The Women’s Democratic Organization, and the Women’s Progressive Movement finally succeeded in their suffrage efforts when the Shah granted them the right to vote and be elected into parliament on February 26, 1963.

In the parliamentary elections held later that year, six women were elected, while two others were appointed to the Senate by the Shaw himself.

But in a chilling prelude of what was to come, opposition leader Ayatollah Khomeini, the future leader of Iran then rising to prominence, led protests against women’s suffrage, and compared voting rights for women to prostitution.

Too Much, Too Fast

In his efforts to modernize, the Shah overreached; he outlawed the headscarf, or hijab, from being worn in public. Not only did the Shaw and his wife adopt Western dress, he insisted all government employees do the same.

Anyone wearing a hijab in public could have the garment forcibly removed by authorities.

Younger Iranians didn’t mind the hijab ban; older members of society had a much more difficult time assimilating. The oppression people felt led to the emergence of leaders who called for a return to traditional values, and eventually led to the Revolution of 1979.

“The government derives its legitimacy from God, and proper government requires a radical Islamic reconstruction of society.” — Khomeini, in a recorded sermon. 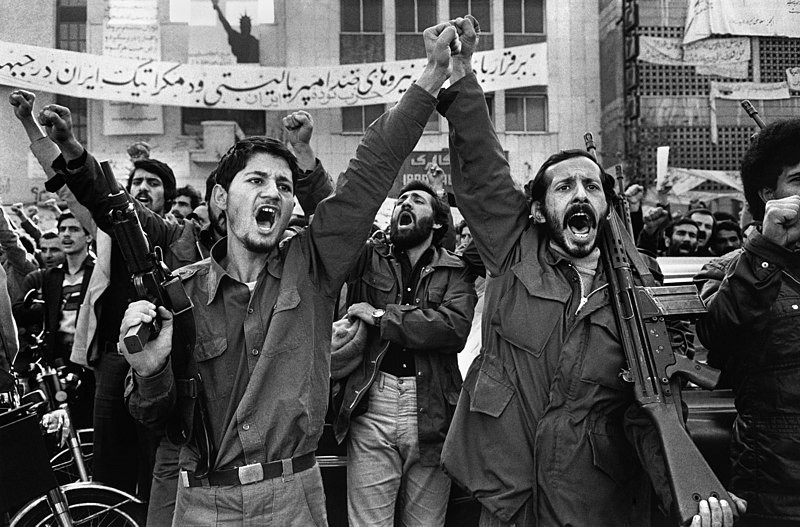 The deposing of the Shah and Khomeini’s rise to power as the new leader of Iran had far-reaching and immediate consequences for women.

Declaring himself Allah’s own messenger, Ayatollah Khomeini’s vision for Iran was a return to conservative Islamic values, and a purge of Western influences. This involved a radical reinterpretation of Islamic social guidelines and a regression to religious standards practiced over a thousand years ago.

The modest rights women had achieved under the Shaw were summarily revoked by Khomeini.

Professional women were fired in masse and encouraged to take up household duties, caring for children and husbands. Quickly, every aspect of female life was brought under strict government control. 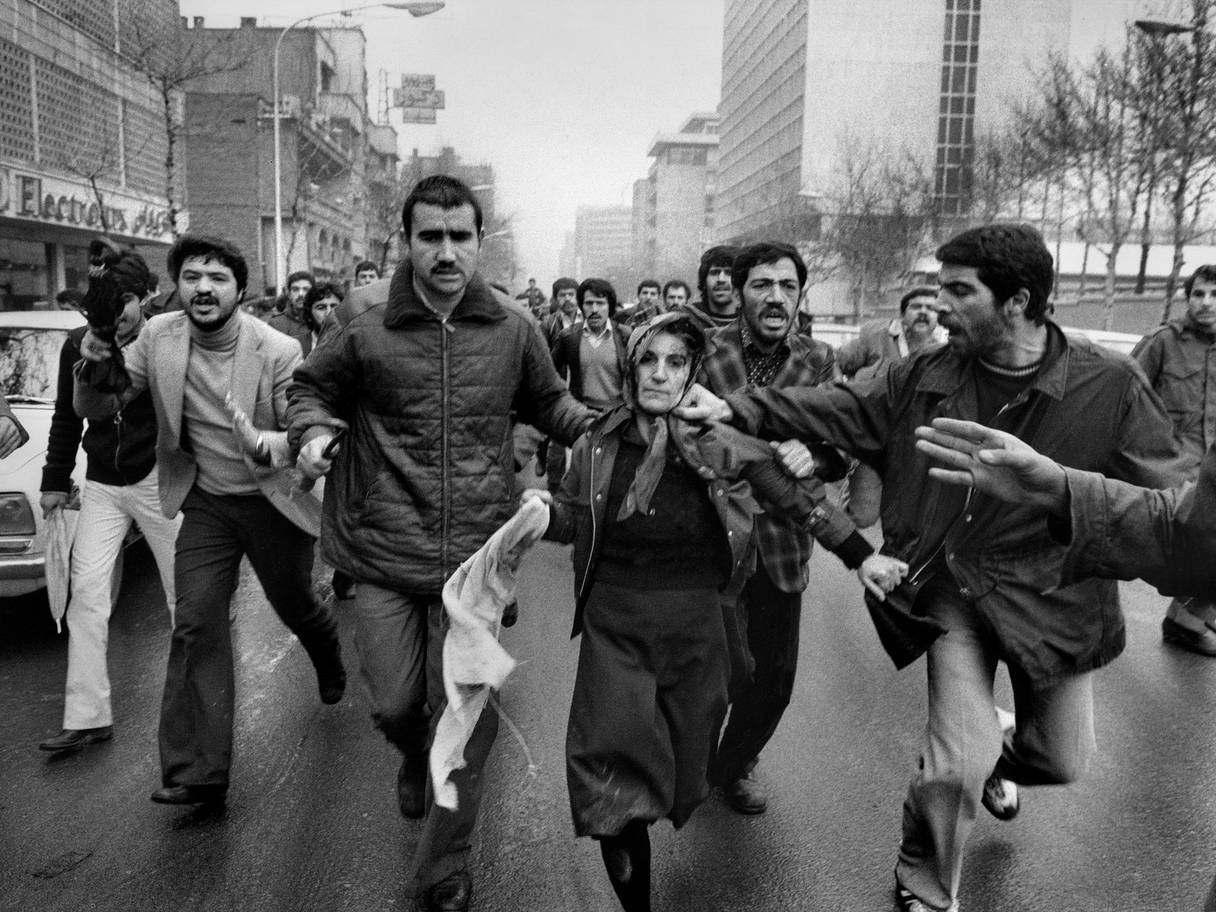 Almost immediately after the revolutionary government took over, family protection laws designed to give women legal recourse in family matters were summarily abolished.

New laws were passed banning Western clothing and requiring that women remain completely covered by a traditional Islamic hijab in public at all times. No hair could be visible; no open-toed shoes.

A special government agency was created to enforce the moral dress code; the Prevention of Vice and Enjoining of Virtue center dealt exclusively with women found to be in violation of the dress code in any way.

The military training of the revolutionary guards was expanded to include spotting imperfections in the dress code and policing women.

Even laughing too loudly or enthusiastically was considered immodest and could put an erring female in danger of legal punishment or worse.

Though many women had been critical of their rights under the Shaw, Iranian women in post-1979 felt shocked and betrayed.

Ayatollah Khomeini had encouraged women to take an active role in the revolution, leading them to expect expanded rights and equality with men. It was due in part to revolutionary women’s groups that Khomeini gained prominence.

The women were deeply disappointed. They opposed the repeal of the Family Protection Laws, the strictly enforced dress code, as well as the educational and vocational restrictions.

Women staged various protests during this tumultuous time. In one spontaneous uprising, Iranian women and men took to the streets en masse to protest the compulsory hijab and to call for the protection achievements made in women’s rights. 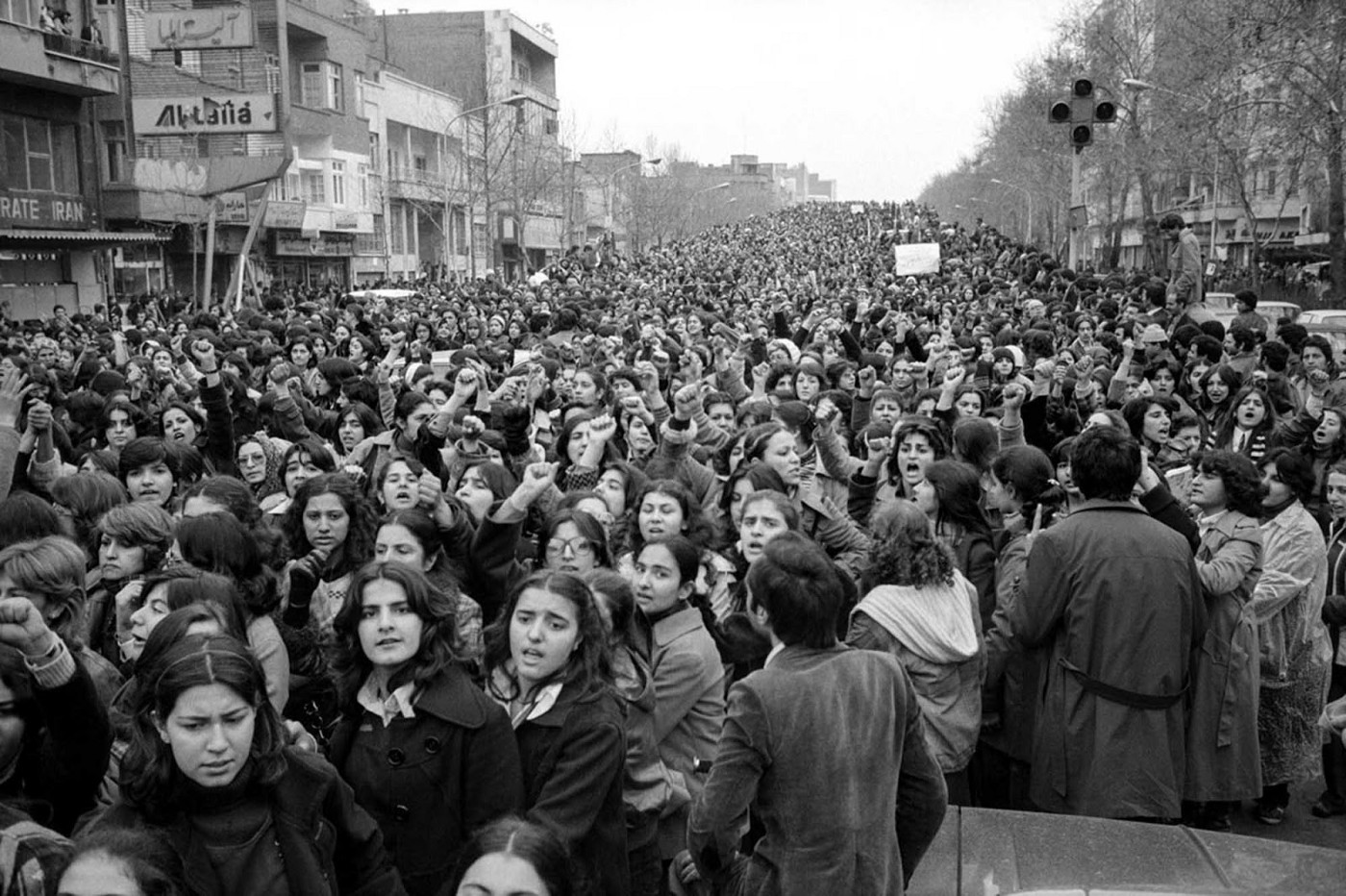 These protests were met with violent suppression by the newly installed government.

“The regime opposed all these demands and developed counter-strategies to divide the women’s movement and neutralize their struggle. Thereafter, the regime moved quickly to suppress the women’s movement, eliminate all women’s organizations, force women into the chador, segregate women in public places such as universities, schools, and government offices, and reduce women’s presence in public life by firing and retiring practices (nearly 24,000 women lost their jobs)” — Ali A. Mahdi, “The Iranian Women’s Movement: A Century Long Struggle.”

For over a decade, Ayatollah Khomeini destroyed every gain made by women’s rights workers in the previous 70-years. And then some.

Keeping Up With the Khomeinis

How is life different for women in modern-day Iran?

What would Iran look like today if the pro-Western policies of the Shaw had continued over the past 40-years?

Join us for Part 2. as we look at some improvements made since the early days of the 1979 Islamic Revolution and what life is like for other oppressed groups in Iran today.