Asia Bibi in the Balance

Asia Bibi’s death sentence for blasphemy was overturned in October 2018, but her life remains in danger as Pakistani authorities bar her from fleeing Pakistan. 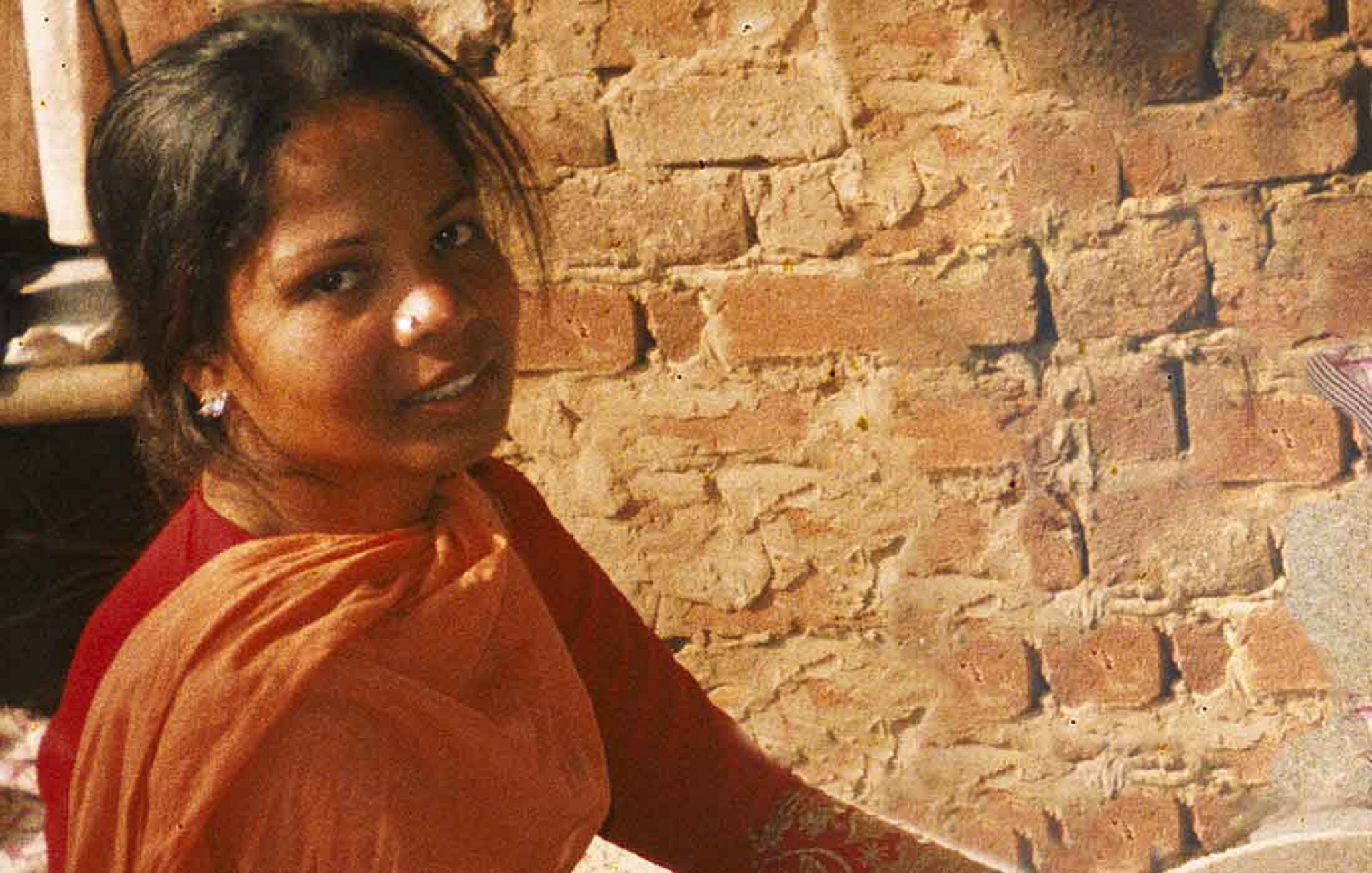 “She has no indication of when she will leave.”

Aman Ullah, a close friend and human rights worker who has been helping Asia Bibi find a sanctuary country willing to take in Bibi and her family, offered further details of Bibi’s current situation to the Associated Press.

The 54-year old Bibi is being kept in a “secure area” with a door that is only opened at “food times”. Together with her husband, she is being held in a single room. She is also being allowed to use the phone in the morning and again at night. Authorities are giving her no details regarding her departure from Pakistan other than saying it will come “in the medium-term.”

Ullah himself fled Pakistan on Friday after receiving threats on his own life.

After eight years on death row, Asia Bibi was acquitted on blasphemy charges and her death sentence was overturned in October 2018. Widespread violence, incited by extremists, broke out across Pakistan at the verdict announcement. Asia Bibi: anti-blasphemy protests spread across Pakistan. Anti-blasphemy campaigners bring country to standstill in protest over acquittal of Bibi

In the wake of such violence, human rights organizations again became concerned for Bibi after Pakistani Prime Minister Imran Khan agreed to allow a petition seeking an appeal to October’s acquittal verdict.

That is, until January 29, when the Pakistani supreme court rejected the challenge to their October ruling, effectively ending the attempt to reverse the high court’s October decision to acquit and release Bibi.

Many thought Asia Bibi would be allowed to leave Pakistan immediately. Now, it would seem, she is being prevented from fleeing to Canada where she and her family have been offered asylum.

Asia Bibi’s lawyer has already sought refuge in the Netherlands after he and his family received multiple threats and attempts on their lives. 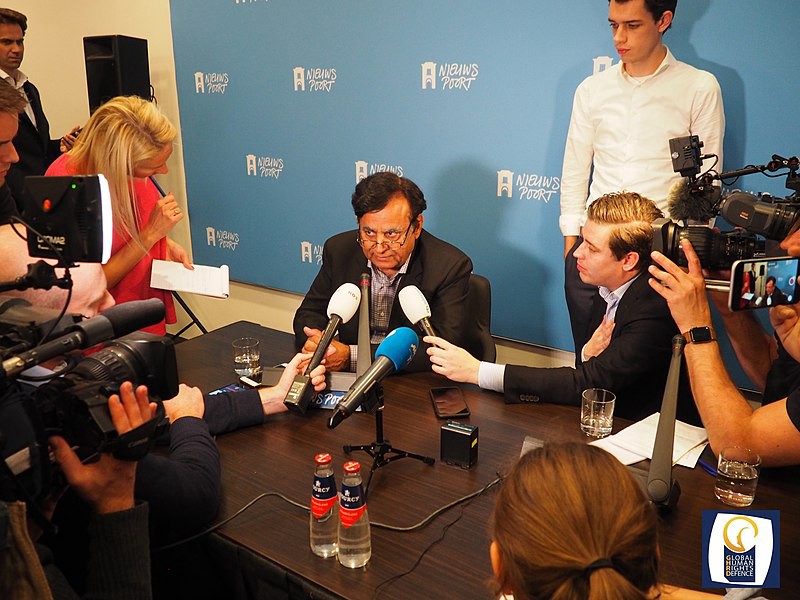 Pakistani authorities have publicly denied any claims that Bibi is being held against her will, reporting that Bibi is only being cloistered for her own safety.

“She is living with her family and given requisite security for her safety. She is a free citizen after her release from jail and can move anywhere in Pakistan or abroad.” — Fawad Chaudhry, information minister, in a statement to the Associated Press.

Chaudhry also insisted Bibi is being protected by the Pakistani government taking “all possible measures” to ensure that the threats against Bibi’s life from extremists, some of whom have sworn to follow her abroad, are kept from being carried out while she remains in Pakistan.

Bibi is indeed in grave danger: Both Salman Taseer, then governor of the Punjab, and Minorities minister Shahbaz Bhatti were assassinated in 2011 for supporting Bibi and opposing blasphemy laws.

“You can imagine her mental state is not going to be the same as it was previous to her incarceration. We need to pray that she is given time to heal and that the Lord restores her completely.” — Wilson Chowdhry of the British Pakistani Christians Association

18 other Christians still being held on blasphemy charges in Pakistani prisons.

If Asia Bibi can make it out of Pakistan, Canada has granted asylum to Bibi’s entire family, including her husband and daughters and has promised to make the safety of the Pakistani-Christian woman top priority

Asia Bibi Before and After: June 2009

Before she was put on trial and sentenced to hang under Pakistan’s very controversial blasphemy law, the life of Asia Bibi was unremarkable.

Bibi and her family were the only Christians in the village where she was born and raised and they undoubtably felt pressure to convert to Islam. In general, religious minorities were and are relegated to menial labor and lower-paying jobs; Asia Bibi was a farm worker and she worked to help support her family. Her husband worked as a bricklayer and together they cared for their five children.

A book could be written about what happened that day in June 2009; books have been. Here is a helpful timeline and a few uncontested facts:

In November 2010, Muhammed Naveed Iqbal, a local judge found her guilty and passed a death sentence.

After enduring her trial for blasphemy alone, her husband and their children dared not attend due to threats on their lives, Asia Bibi would go on to spend the next almost 10 years alone. Kept away from the other prisoners for her own safety, and even allowed to prepare her own food for fear of poisoning, she did manage to avoid the deadly fate of others imprisoned for blasphemy. 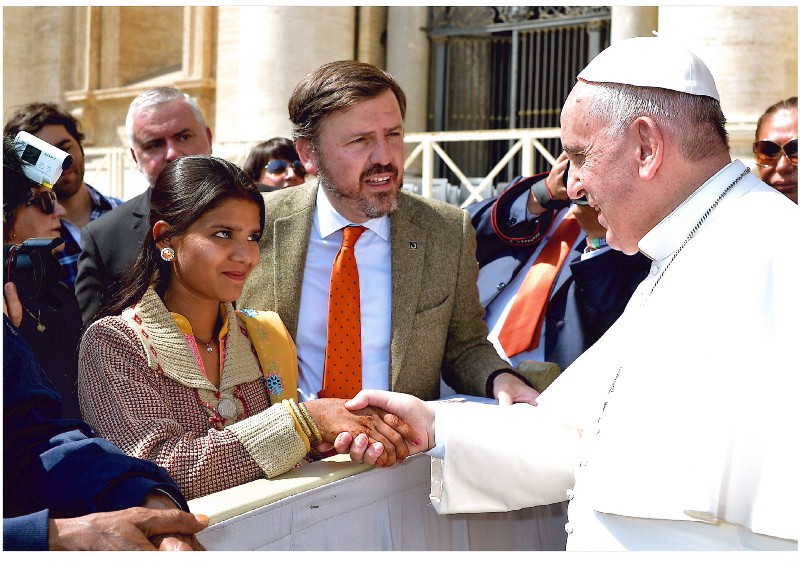 In October of 2018, in a courageous decision amid fierce backlash from extremist Islamist elements in Pakistan, Asia Bibi was acquitted.

“Blasphemy is a serious offense but the insult of the appellant’s religion and religious sensibilities by the complainant party and then mixing truth with falsehood in the name of the Holy Prophet Muhammad (Peace Be Upon Him) was also not short of being blasphemous. It is ironical that in the Arabic language the appellant’s name Asia means ‘sinful’ but in the circumstances of the present case she appears to be a person, in the words of Shakespeare’s King Leare, ‘more sinned against than sinning’.” — From the ruling made by Pakistan’s Supreme Court; Chief Justice Mian Saqib Nisar, assisted by Justice Asif Saeed Khosa and Justice Mazhar Alam Khan. October 31, 2018.

Will Asia Bibi Make it Out of Pakistan Alive?

“You can imagine her mental state is not going to be the same as it was previous to her incarceration. We need to pray that she is given time to heal and that the Lord restores her completely.” — Wilson Chowdhry of the British Pakistani Christians Association

The world, and human rights organizations everywhere, will be watching closely over the next few tense days as Asia Bibi waits to learn her fate: Bibi’s fate is likely to be ultimately shared by 18 other Christians still being held on blasphemy charges in Pakistani prisons.

If Asia Bibi can make it out of Pakistan, Canada has granted asylum to her entire family and has promised to make the safety of the Pakistani-Christian woman top priority.