As the Bern Turns 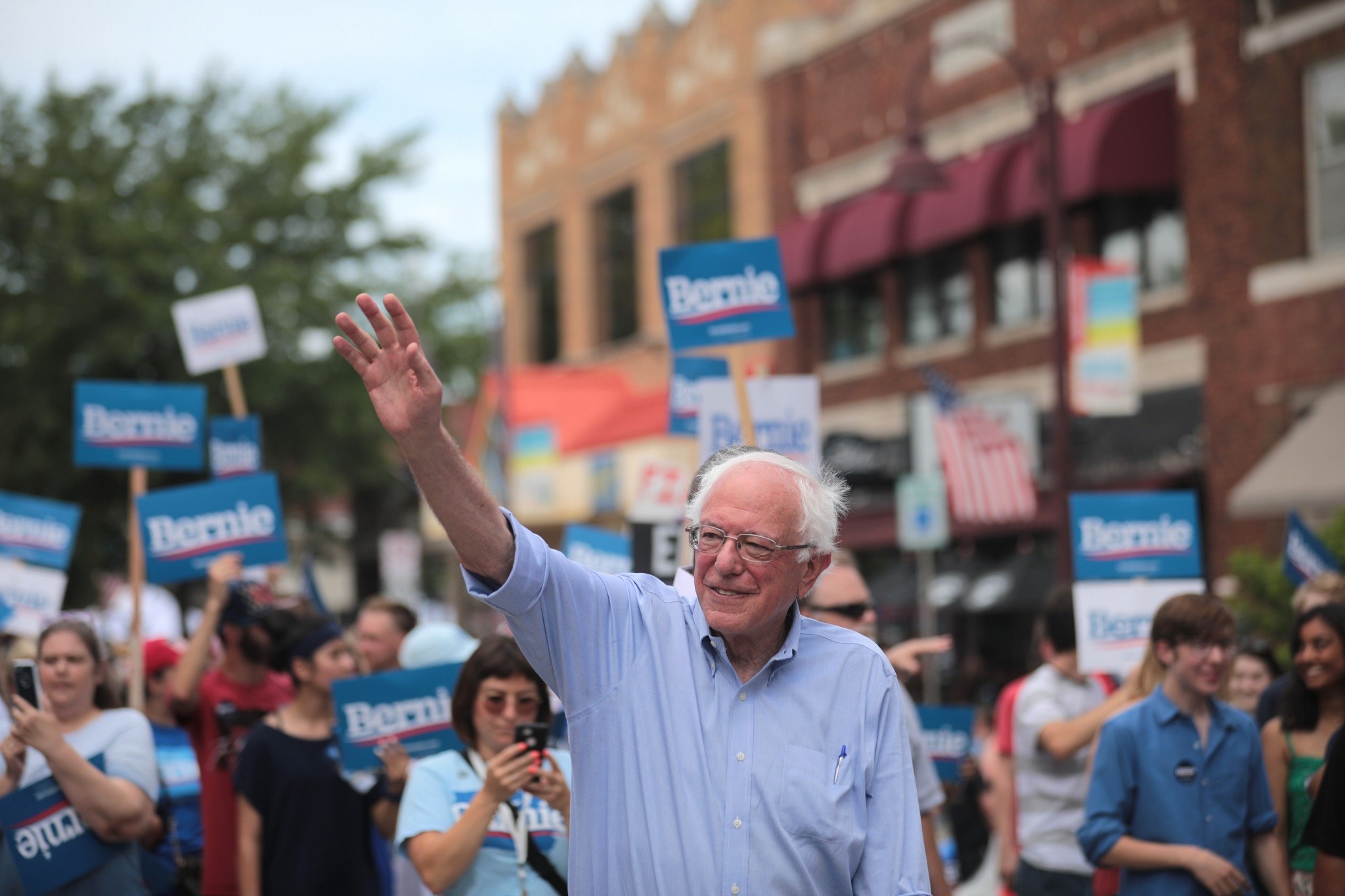 What does it take to make a successful presidential campaign?

There are no easy answers these days. Whatever it is, it keeps changing.

Opinions are especially divided on the left, where the progressive and moderate flanks of the Democratic Party continue to vie against each other.

The biggest bone of contention is exactly the same as it has been for almost four years now:

Beating Donald Trump is more than the nearest and dearest wish of every card-carrying progressive liberal in America; it is seen as a moral imperative.

Democrats are divided, however, on how best to accomplish this seemingly and increasingly Herculean feat. That the two biggest schools of thought are diametrically opposed to one-another does’t help.

The moderate argument goes that only a proven pragmatist on the middle ground can hope to attract the moderate swing voters Democrats have depended on in the past for electoral victory.

According to these authorities- including former senior members of the Obama administration and even former President Barack Obama himself- voters in swing districts, from Southern Democrats to registered Independents, will not vote for any Democrat who isn’t a moderate.

On the other hand, progressive liberals in the Bernie Sanders camp argue that only a candidate who can generate great enthusiasm will drive the massive voter turnout Democrats need to claim victory in November.

Establishment Democrats argue back that turning more Democrats out in Democratic strongholds like New York City will do little good. Democrats will already get all the electoral votes from districts like that. More votes won’t result in more electoral votes.

Who is right? What does it take to win a presidential campaign in 2020? Anyone who claims to know is kidding themselves. Polls have proven the world over to be untrustworthy in the Information Age.

But we will all know the answer to this question after Election Day.

Until then, we can observe the things that break presidential campaigns are the same as the they’ve always been: A embarrassing misstep, a health mishap, a blundering misspeak, a scandalous public imbroglio from which the campaign never truly recovers.

Given enough time, of course, and all things being equal, a qualified candidate could suffer a slight to major humiliation, recover, and gain back their momentum.

Look at former Vice President and comeback kid Joe Biden. He has suffered humiliations in the press that would have made anyone cringe. From nibbling his wife’s finger at a campaign event, to saying “poor kids are as bright as white kids”, to being known as a serially unwelcome sniffer of women’s hair, Biden’s longevity in spite of these gaffes must keep Howard Dean up at night.

All Dean did to derail his promising campaign was yell a little too enthusiastically, and somewhat weirdly, at a campaign rally.

Unlike Howard Dean and and Beto O’Rourke however, candidates bounce back all the time.

A heart-attack looked like it might derail the Sanders campaign back in 2019. Campaign fundraising numbers suffered a corresponding drop.

But Sanders recovered and his campaign is gaining so much momentum, clarion alarms are sounding from Democrats in leadership and Democratic strategists from the Obama and Clinton administrations.

Fearing that Trump will too easily defeat an avowed radical socialist, former President Obama himself has pledged to stop Sanders from becoming the party nominee.

So far, however, the Democratic establishment has been stymied about how to stop Sanders from using his momentum and liberal bonafides to cinch the nomination.

But this may have all changed today. Timing, as they say, is everything.

If Sanders had suffered his heart attack in January, rather than in October, his place in the race would look far different.

With 21-days until the Iowa caucus, the Sanders campaign is being dealt two serious blows today. One is something the campaign has been expecting for quite some time, the other is totally unexpected.

House Speaker Nancy Pelosi is certainly no friend to Justice Democrats and Democratic Socialists like Rep. Alexandria Ocasio-Cortez and Sen. Bernie Sanders. She is no fan of a good, healthy primary challenge either- unless it is happening on the Republican side.

House Minority Leader Kevin McCarthy accused Pelosi today of withholding the House articles of impeachment in order to give Joe Biden an edge in the race over Bernie Sanders.

Sanders will, of course, be forced to participate in a Senate trial- lacking access to even a phone. He will be forced to miss campaign events, fundraisers and town-halls at a time when a candidate’s on-the-ground presence is the most important.

Presidential candidate Senator Cory Booker, seeing this writing on the wall himself, has announced that he is ending his campaign today. Booker cited the Senate trial specifically in his reasons for suspending.

Sen. Elizabeth Warren is another candidate in the 2020 presidential race who will be forced to sit out the next few weeks.

With only 21 days until the all-important Iowa caucus, this is the worst possible timing for Democratic presidential candidates who are also U.S. Senators.

Sensing this, perhaps, Sen. Elizabeth Warren herself dealt the unexpected blow to the Sanders campaign today.

While the Senators are embroiled in a Senate trial that could take weeks, the Democratic establishment can feast on the revelation by Warren staffers that Bernie Sanders told Elizabeth Warren in 2018 that a woman couldn’t win in 2020 against Trump.

Sanders also reportedly expressed his discontent at the the growing prevalence of identity politics on the left.

Senator Sanders has denied saying such any thing, in no uncertain terms. But a leaked script for Sanders volunteers shows attempts by the Sanders campaign to paint Warren as the Democratic candidate of the elite who will not drive unlikely voters to the polls.

Warren wasn’t impressed with such tactics.

While it seems clear now that Sen. Bernie Sanders is moving into a position to take the tenuous lead from Joe Biden, that could all change once the media gets its hands on Warren’s revelations.

True or not, they come at a time when Sanders can least afford them.