The 2020 campaign match-up between Trump’s bully pulpit and fiery Democratic ideals promises to be decisive- and fatiguing. 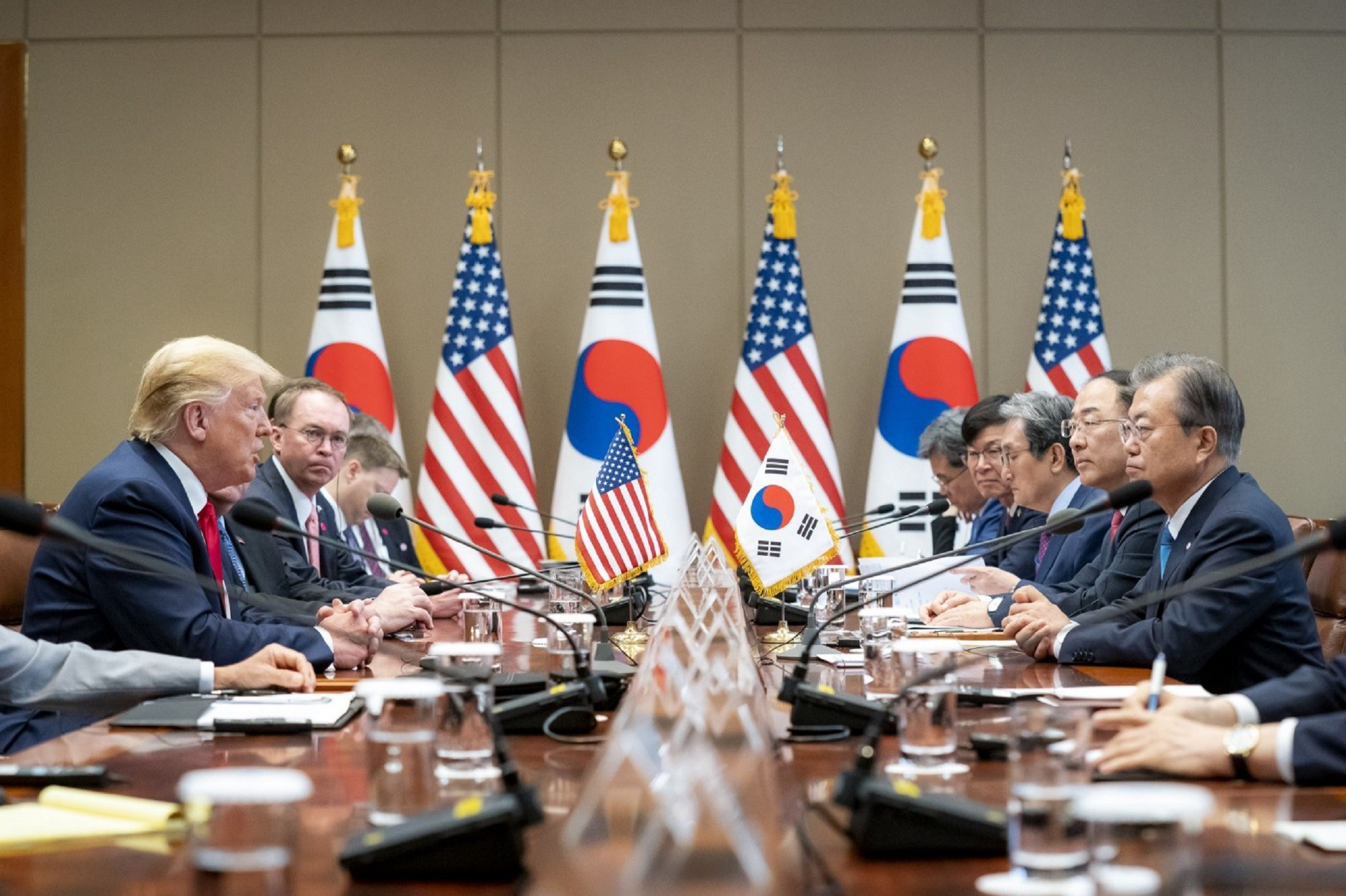 Over the last week, and weekend, the contrast between the Trump administration and Democratic hopefuls for President couldn’t have been more pronounced.

In a move that reads like animatronic Christmas shopping displays in March, U.S. Democrats have already cried havoc and unleashed the dogs of war in the race for the Democratic presidential nomination in 2020. With predictably fatiguing results already beginning to show in the Democratic electorate, as voters increasingly turn away from coverage of the Mueller Report and Trump impeachment.

Two crowded debates later, few definite have emerged. Some candidates unquestionably have potential, but no one in particular stood head and shoulders above the rest.

There were also more than a few campaigns that may have died horrible and painful public deaths last week, not least of which was former Vice President Joe Biden, who handed his detractors the perfect sound-byte with which to assail him: “My time’s up. I’m sorry.”

Democratic Socialist firebrand Sen. Bernie Sanders emerged little better, his best ideas having been co-opted in the 2016 post-election Democratic soul searching by candidates like Sen. Elizabeth Warren; who have since improved upon them with plans to implement upon election.

He’s not wrong. But it doesn’t exactly help his election chances.

Beto crashed and burned, again. Booker had a few stand-out moments, but failed to really take off.

Trump, on the other hand, spent the weekend using his incumbent advantage to the utmost at the G20 summit in Osaka, glad-handing the leaders of the world’s largest economies and participating in bilateral and trilateral meetings with prickly nations like Russia and Turkey, and friendly nations like Japan and India.

Trump’s “I’m going to be in the neighborhood, maybe we could get together?” moment of informal diplomacy obviously caught Pyongyang off guard. To universal and collective surprise, it actually worked. And it worked to Trump’s advantage.

The tremendous diplomatic coup of being the first U.S. President to set foot on North Korean soil can’t hurt Trump’s reelection chances. The Democrat’s best attempt to pan Trump’s efforts by painting him as too cozy with Kim Jong Un, and guilty by association by emphasizing Kim’s well-deserved reputation as a brutal dictator, only seems to bolster the argument that efforts must be made to improve the chances for peace on the Korean Peninsula.

The Korean Peninsula isn’t the only place Trump’s unique brand of diplomacy is raising eyebrows.

In a move that must have impressed even his harshest critics both at home and abroad, Trump showed remarkable restraint in his recent decision not to retaliate against Iran for its strike on an unmanned American military drone and ongoing oil tanker sabotage in the Gulf.

Demonstrating an unwillingness to take lives- Trump made his decision based on intelligence that 150 people might have be killed in the planned retaliatory strike- shows a quality to which few can object in any elected official with nuclear launch codes.

Trump was also able to move the ball forward with China over the weekend, reviving stalled talks between the U.S. and Chinese President Xi Jinping and declaring a trade-war tariff cease-fire.

White House senior advisor Jared Kushner unveiled his peace plan, a $50 billion investment package meant buy peace in the Middle East, bag and baggage. Even if Palestine rejects this carrot, which it will, the plan is sure to tempt Palestine’s neighboring nations who will, perhaps, intercede on the part of America and its allies.

Though it is clear that none of these lofty foreign policy goals is likely to bear immediate fruit, they are still welcome news to those of us who much prefer peace to war. Though it is quite likely that another Presidential administration will sit the Oval Office when and if anything comes to fruition, Trump’s reelection chances for 2020 will be improved by the effort. Whether it will be enough to overcome Trump’s always-dismal approval ratings, only time will tell.

What Democrats, and Donald Trump, have made perfectly clear to the American people over the weekend is that this is going to be long campaign season. With only 492 shopping days until Christmas.