“Are the Democrats Completely Screwing This Up?”

No clear winner in Iowa caucus unless you count Donald Trump. 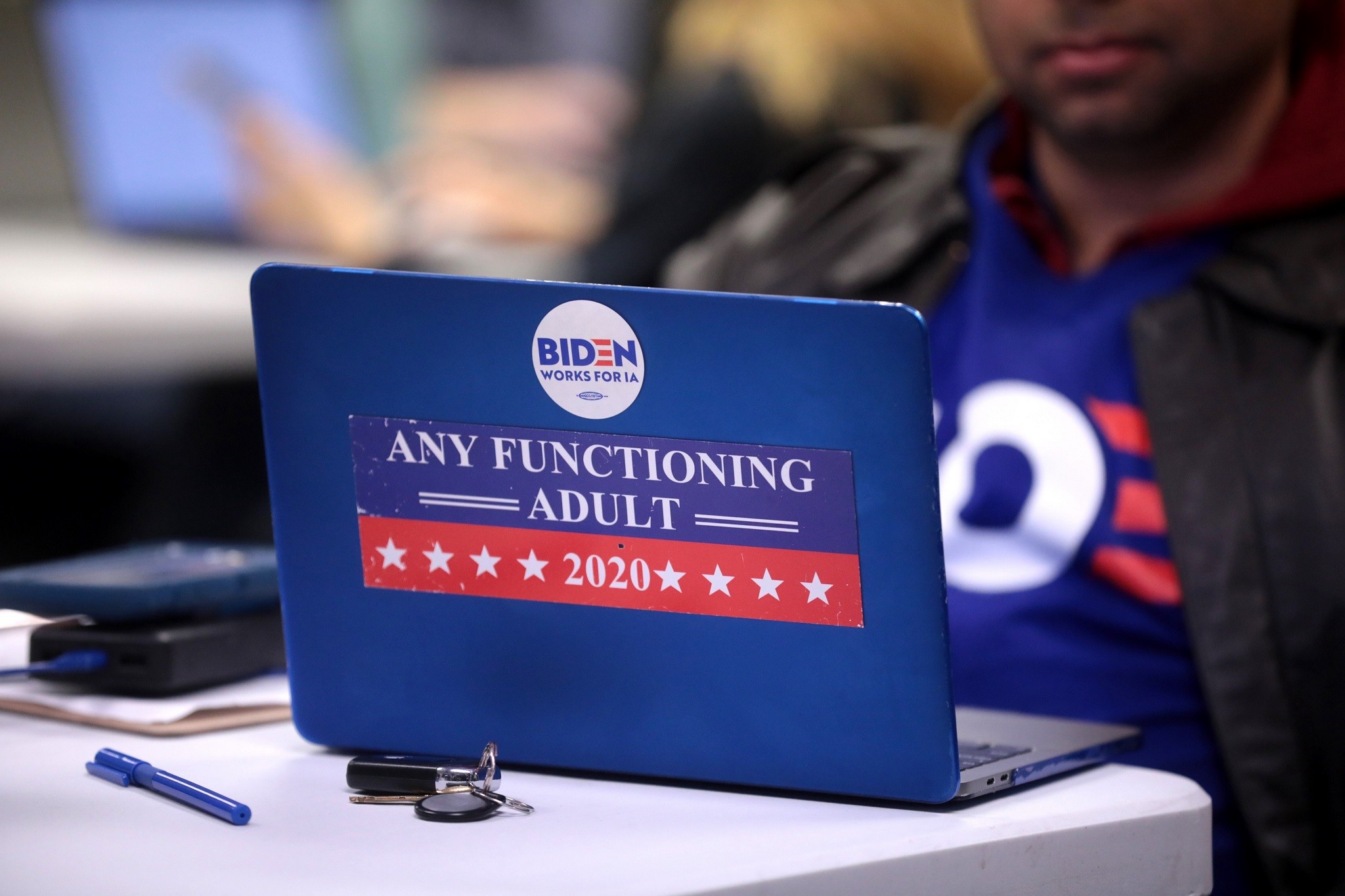 When Andy Kroll of Rolling Stone posited the prophetic question yesterday of “Are the Democrats Completely Screwing This Up?” even he probably wasn’t imagining the catastrophically embarrassing Democrat-made disaster Democrats would be facing a mere 24-hours later.

What a difference a day makes.

The much-anticipated, all-important first primary vote in Iowa took place last night where it dissolved into disarray and complete confusion. Who won?

No one. Everyone. Donald Trump.

Blaming a technical glitch, an app coding issue, and insisting they weren’t hacked, the DNC is scrambling today to salvage whatever data they can from last night’s vote. Officials are desperate to parse it into something voters can understand about the Democratic field as it now stands.

Including an explanation about how such a massive failure could have been allowed to occur at such a critical juncture in the race by people who claim to capable of administering quality healthcare to 325 million people.

For the first time in history, Democratic candidates are moving on from Iowa with no idea who won.

The kinds of problems Kroll was drawing attention to in “Are the Democrats Completely Screwing This Up?” were the regular, garden variety- not the kind that make history.

Normal, run-of-the-mill primary issues like minor scuffles between conservative elements of the party and more progressive ones are hardly a disaster for any party, even in the age of Donald Trump.

Democratic disappointment in the all-white frontrunners- most particularly as the field was whittled down from the most diverse bunch of would-be presidents in history- is a common refrain on the left. Frequent musings on the dark-art of electability have become the new normal for Democrats, though almost no one on the left can agree about what that means.

No Republican rag, the Rolling Stone- and indeed Kroll himself- makes clear upon which side of the aisle all sympathies lie. Rolling Stone writer Matt Taibbi has faced some heat for being particularly hard on Democrats, especially during the impeachment process. But he still isn’t a Republican.

The Rolling Stone, its writers and editors, give the impression- when critical of Democrats- that all parties concerned would much rather be writing a story about the inspiring new face of the Democratic Party, Democratic victory laps, and Trump face-plants.

The Rolling Stone, like most mainstream publications in the age of Donald Trump, would very much like to be covering Democrats favorably.

Unfortunately Democrats are making this more difficult by the day.

Democrats are indeed lucky they are facing the dread Donald Trump- not some relatively innocuous Republican like Mitt Romney or Paul Ryan. Sheer terror of a Trump second term will drive many Democrats to vote for whomever the DNC manages to crown the nominee.

On the left, a paralyzing fear of Donald Trump’s second term has been coupled with the exhaustion resulting from three-years of daily outrage. Everything is being magnified and injected with a hysterical hyperbole that has developed its own particular patina during the Trump administration by a press that still thinks it's helping Democrats get elected.

Fear of Trump may stop many Democrats who are absolutely furious with the Democratic power-elite running the party from walking away, en masse, to form their own party around Bernie Sanders or Elizabeth Warren.

That would be risky. Since handing Donald Trump a second term is unthinkable, many Democrats will toe the party line come what may.

Fear of Trump, not loyalty to Democrats or hope in the Democratic Party, will drive many voters who might have otherwise stayed at home in disgust to the polls on election day. Though voting Democrats will all still be grousing about the Democratic Party’s many failings during this primary season, and throughout the Trump administration’s many missteps and misdeeds, well into November and beyond.

Elected Democrats and Democrats in the press have been telling us everyday for years that Donald Trump is the stupidest, most unqualified disaster American politics has ever known.

Why is Donald Trump running such a successful re-election campaign? Why has Donald Trump’s campaign manager Brad Parscale had such great success using tech tools, data mining, and apps?

And the Democrats gave us…whatever that was last night.

Democrats drooling over crumbs from the SNL comedy table that gave liberals the impeachment hearing they didn’t get from the Senate should notice they are getting little else.

What Democrats needed most from Iowa is the one thing their failure has cost them; information.

Moving forward in the nomination process, what the Democratic Party needed most from the Democratic voters of Iowa was a pulse on future voting behavior.

In the aftermath of Iowa, the information Democrats have managed to scrape from this disaster is fragmented and untrustworthy.

The results seem to indicate older voters prefer former vice president Joe Biden by a larger margin than their younger Democratic counterparts; the opposite seems to be true for Sen. Bernie Sanders. But who really knows?

Without good information from Iowa, Democrats are as directionless today as they were before millions of early-voting Democrats made themselves plain. Nor was the Iowa disaster the end for Democrats; it was only the beginning of the end.

Determining the ultimate winner of the Iowa caucus was not as important as hearing from voters about who they want to see on the ballot against Trump in November.

Now, no matter how Democrats spin it- regardless of the pains they will now take to extrapolate a winner out of the Iowa numbers, or how long it takes- it doesn’t change the fact that the information Democrats running for president and the Democratic Party will have to challenge Donald Trump will not be reliable.

Yes, Democrats are completely screwing this up. Bernie Sanders fans think they are doing so on purpose to deny Sanders the nomination.

They point out that, coincidentally, everything that goes amiss seems to break in the direction of preventing Bernie Sanders from being the nominee. Establishment and leadership Democrats- from Barack Obama to John Kerry to Hillary Clinton- have certainly made no secret of their dislike for Bernie.

The obscuring of a poor performance by favored candidate Joe Biden in Iowa has allowed his campaign to continue to limp closer to the states that more accurately reflect the demographic of the Democratic Party.

Soon, Democrats will be casting their primary votes in states like South Carolina. Unlike the other early-voting states, South Carolina has a significant African-American Democratic voting block.

Since Biden’s support from the African-American community has been the one thing keeping his campaign afloat, it is easy to see why the Iowa disaster helps the Biden campaign.