Trump’s critics panned her RNC convention speech, but Kimberly Guilfoyle is a powerful force on the Trump campaign. 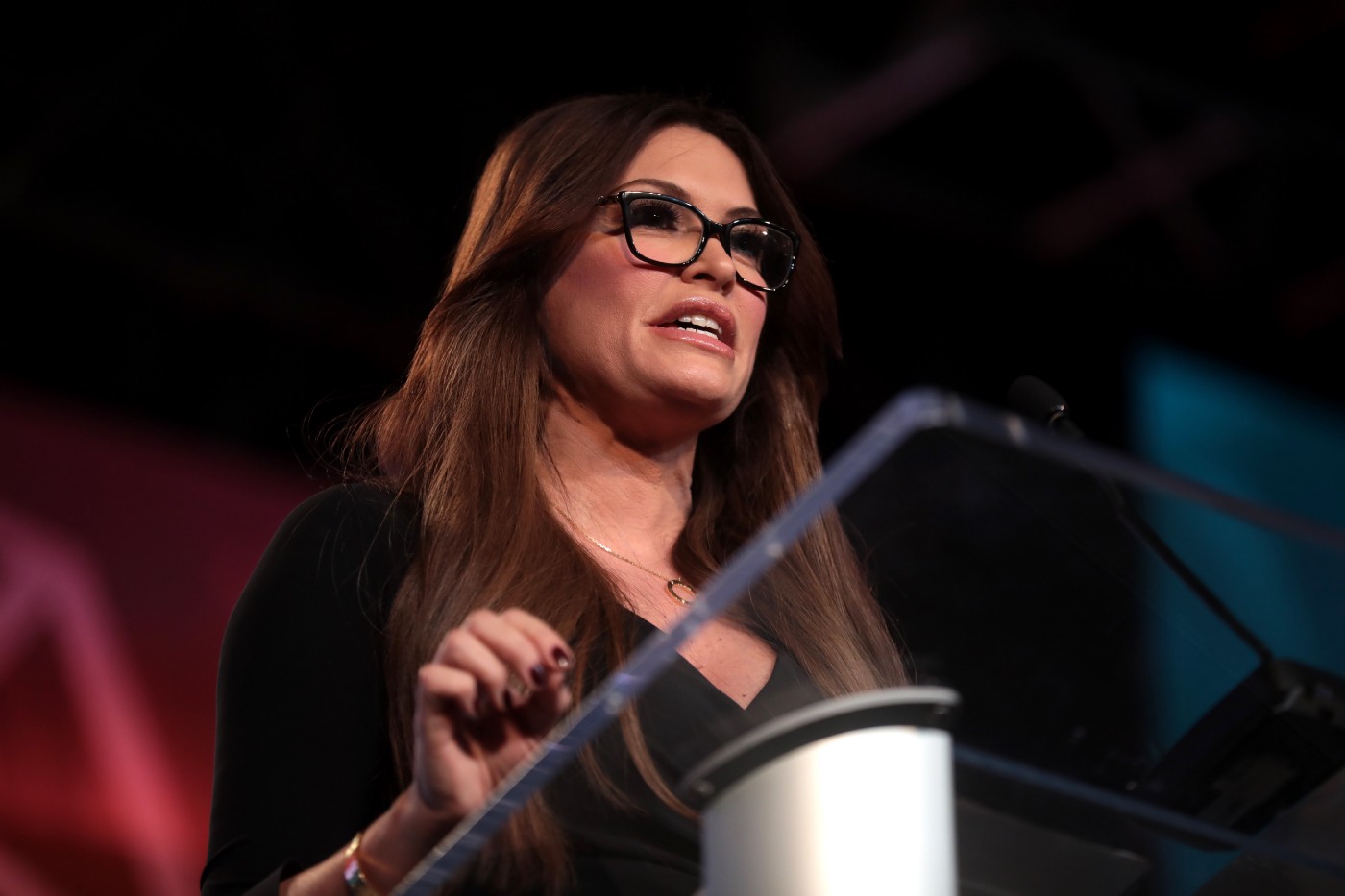 Kimberly Guilfoyle, ex-wife of California Governor Gavin Newsom and former first lady of San Francisco, national chair of the Trump Victory Finance Committee, senior advisor to Team Trump and girlfriend of Donald Trump Jr., made clear her passion and love for America during a memorable speech at the recent Republican National Convention.

During Guilfoyle’s time at the microphone, she described the upcoming election as a battle “for the soul of the nation” and lamented that voting for Biden would “fundamentally change this nation.”

“Do you support the cancel culture? The cosmopolitan elites of Nancy Pelosi, Chuck Schumer, and Joe Biden, who blame America first? Do you think America is to blame? Or, do you believe in American greatness? Believe in yourself? In President Trump? In individual and personal responsibility?”

“The socialist policies which destroyed places like Cuba and Venezuela must not take root in our cities and our schools,” Guilfoyle said. “If you want to see the socialist Biden-Harris future for our country, just take a look at California. It is a place of immense wealth, immeasurable innovation, and immaculate environment, and the Democrats turned it into a land of discarded heroin needles in parks, riots in streets, and blackouts in homes. In President Trump’s America, we light things up. We don’t dim them down. We build things up, we don’t burn them down. We kneel in prayer and we stand for our flag.”

“From the beginning, when President Trump spoke of making America Great Again,” Guilfoyle said, “he was speaking of restoring the beacon of light that once shined so bright.”

“His promise was to put America first and he has. When President Trump cut middle class taxes, putting tens of thousands of dollars back in the pockets of working class Americans, that beacon began to flicker once again. When President Trump commanded the defeat of ISIS, took out al-Baghdadi and Soleimani and paved the way for peace in the Middle East, that beacon started to glow. When he negotiated historic trade deals with Canada, Mexico, Japan, and China, bringing back thousands of manufacturing jobs to America, that beacon shined bright once again for the world to see.”

“You are capable! You are qualified! You are powerful and you have the ability to choose your life and determine your destiny!” Guilfoyle added.

“Like my parents, you can achieve your American dream,” she continued. “You can be that shining example to the world. Manifest and be the change in this country that you dream, that you hope, that you believe in. Stand for an American president who is fearless, who believes in you, and who loves this country and will fight for her.”

Guilfoyle retained a powerful and passionate delivery throughout the speech, which concluded with the message that “the best is yet to come!” if voters reelect Donald Trump.

Guilfoyle received a great deal of backlash online and in the press after many claimed her speech was “over the top.”

When Donald Trump Jr. sat down with the Daily Caller’s senior White House correspondent Christian Datoc, Trump was asked about the reaction from Guilfoyle’s speech at the RNC.

“Kimberly is, you know, a hyper-passionate woman. This is someone who- she loves her country, she loves what it stands for. She’s fought harder than anyone, including myself probably you know, for the president,” Trump Jr. responded, adding that she “did an incredible job.”

“When I see that criticism, oftentimes, it’s sort of this left-wing sexism that you see that’s so prevalent. Meaning to someone who’s not on their team,” Trump added.

Trump asserted that “with that passion, with that energy, with her just perfect delivery” she would be a “rockstar” in the Democrat Party. “But if you’re not on that side, then we gotta take you out at all costs.”

As much as it may pain President Trump’s critics to admit, there is also a racist undercurrent in the backlash from the left over Guilfoyle’s speech.

Guilfoyle describes herself as a “proud Latina” and has often spoken about her Puerto Rican mother and Irish immigrant father. Accusations that certain immigrant or minority groups are “too loud”, “too aggressive” and need to “be more quiet” or “tone it down” are often viewed as attempts to force these groups to be better attuned to White sensibilities.

Not to be outdone, Refinery29 attempted to remind the youth of America that women, especially Latina women, aren’t supposed to raise their voices: “Kimberly Guilfoyle Reminds Us: The Best! Memes! Are Yet! To Come!”Buzzfeed did the same. “Kimberly Guilfoyle Shouts Unhinged RNC Speech at the Top of Her Lungs,” wrote a White senior writer at the Daily Beast.

Guilfoyle was additionally slammed online for referring to herself as a “first- generation American,” while citing her family history to make the case that a socialist agenda would be dangerous for the nation.

“As a first-generation American, I know how dangerous their socialist agenda is,” Guilfoyle said of Biden’s proposals. “My mother, Mercedes, was a special education teacher from Aguadilla, Puerto Rico. My father, also an immigrant, came to this nation in pursuit of the American Dream.” Her father, Anthony Guilfoyle, immigrated from Ireland to San Francisco, where Guilfoyle was born and raised. Puerto Ricans have been U.S. citizens since 1917.

Political scientist Carlos Vargas-Ramos, director of public policy at the Center for Puerto Rican Studies at Hunter College in New York, told NBC News: “Could her mom count as an immigrant, even though she is a born U.S. citizen? In that case, no.”

However, Vargas-Ramos did admit that while her mother may not be considered a U.S. immigrant, “There’s a cultural transition in coming from Puerto Rico that is evidently Latin American in terms of culture and language. Crossing that cultural border makes their experience similar to that of an immigrant.”

The former Fox News host joined Team Trump as a senior adviser, after serving as vice chairwoman of a pro-Trump super PAC. Guilfoyle remained a top figure in the Trump campaign and in January was named chair of the Trump Victory Finance Committee.

As the top fundraiser for the Trump Campaign, Guilfoyle has been a major asset on the campaign trail for the president. She is partly credited with more than doubling Trump’s campaign’s take in the quarter after she joined the team in mid January, to $64 million, people close to the campaign said.

During a recent virtual fundraising event for President Trump, Donald Trump Jr. and Guilfoyle bantered with the participants. The private event was closed to the press, but the access code was shared with Bloomberg News.

“There’s no doubt that Kimberly will extract money from me like she has all of you,” Trump told the participants. “It’s a thing of beauty. Or brutal, I can’t tell which one it is. It’s sort of like watching nature: It can be incredible and mystical and as vicious as it gets.”

Guilfoyle looked at Trump and remarked to the donors, “You kind of say to yourself, ‘Wait a second — a Trump is calling me too aggressive?,”’

Since becoming national chair of the Trump Victory Finance Committee, Guilfoyle has expanded donation bundlers, those tasked with raising funds for the president, and is tapping into the “silent majority.”

Guilfoyle has played an instrumental role in expanding the number of official Trump campaign bundlers and is even recruiting members of Congress as bundlers for the president as well.

While the members of the press and social media users were laughing at Kimberly Guilfoyle’s speech, others weren’t as into tone-policing. Some voters may have even been impressed.

Thanks in part to the work of Kimberly Guilfoyle, and her impassioned speech at the RNC, things are looking up for Donald Trump in Miami-Dade county. After months enjoying a comfortable polling lead in Florida, Joe Biden is in a dead heat with Donald Trump for the crucial Hispanic vote in that district.

Which means Kimberly Guilfoyle may be laughing last. And loudest.