Are Biofuels the Green Answer?

As ongoing blackouts expose the limits of solar and wind power in California, green energy grapples with long-term viability. 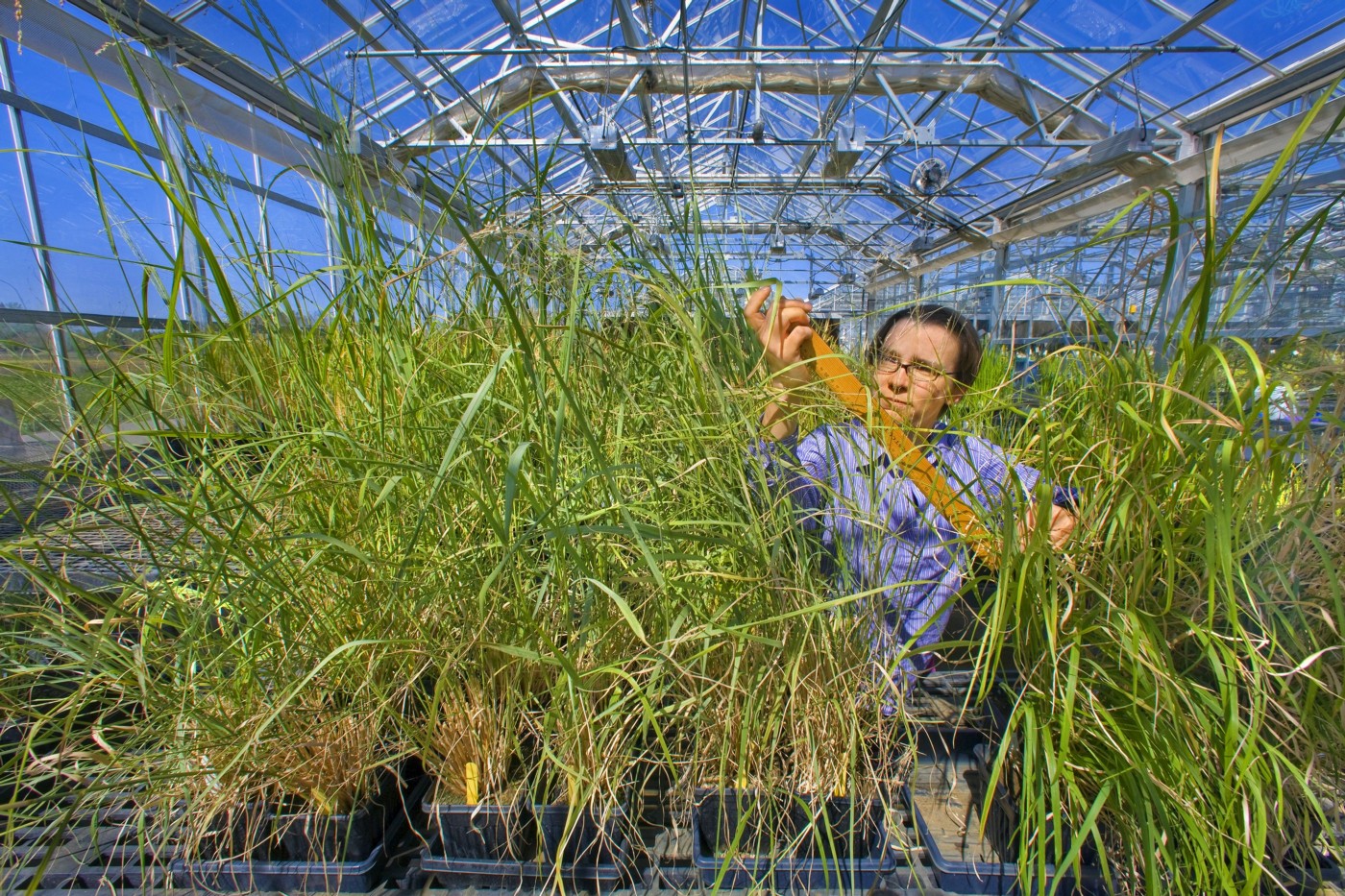 The Secret of Biofuels May Be Hidden in the Grass. The Joint BioEnergy Institute (JBEI) is advancing the development of the next generation of biofuels, liquid fuels derived from the solar energy stored in the biomass of plants such as this switchgrass. (credit: Lawrence Berkeley Nat’l Lab — Roy Kaltschmidt, photographer)

In the United States, almost every car, truck, bus, ship and plane runs on oil. Even so-called electric vehicles run on fossil fuels: Most electricity in the U.S. is generated through the burning of fossil fuels.

Though California has valiantly pioneered wind and solar energy initiatives, these have often proved inadequate at best. California’s current heatwave- and the rolling blackouts it has caused as energy demands exceeded production- have demonstrated this.

“These blackouts, which occurred without prior warning or enough time for preparation, are unacceptable and unbefitting of the nation’s largest and most innovative state. This cannot stand. California residents and businesses deserve better from their government.” — CA Gov. Gavin Newsom. August 17, 2020

Liberal documentarian Michael Moore’s recent cinematic exploration of green energy did nothing to ease growing fears in the industry that wind and solar energy have become something of a boondoggle.

The future energy picture of the U.S. is uncertain. A growing call for more sustainable, environmentally-friendly methods of energy production has further complicated the issue.

A history of dependence of foreign oil hasn’t helped either. During America’s history of petroleum dependence, many oil-rich countries which are virulently anti-American have been able to accumulate great wealth and strategic geopolitical influence to the detriment of U.S. interests.

Marc Goldman is a Florida businessman involved in various pro-freedom, pro-American efforts. One of these is the Open Fuel Standard, the purpose of which is to free America and the world from dependence on oil as the only transportation fuel.

The Open Fuel Standard legislation was designed to incentivize automobile companies to enable their cars to run on something other than gasoline; whether it be flex fuel, battery, hydrogen, or any other viable technology. In 2019, transportation accounted for 45% of U.S. total petroleum consumption.

“By enabling more drilling in the United States, President Trump has changed the oil dynamic for the better. Now, a policy enabling fuel choice would further improve U.S. independence from oil,” Goldman says. “If automobile companies significantly cut or completely cut the use of oil, the United States would see a significant decrease in oil imports and a surge in oil production.”

This option is already available in most cars in Brazil. Brazilians have moved away from gasoline-only automobiles and towards biofuels. In producing and utilizing massive amounts of sugarcane ethanol, Brazil became the world’s first sustainable bio-fuel economy.

Goldman believes the U.S. can follow suit. He is also uniquely qualified to tackle the problem of the current petroleum stranglehold on the transportation industry.

After he joined his family’s company Farmland Dairies, a milk production and distribution company located outside of NYC, Marc Goldman attempted to get a license from the state of NY so his company could expand into New York.

NY State milk licensing laws at the time priced the cost of milk to NY consumers at over 25% higher than New Jersey prices, while holding New York grocery stores captive to their milk suppliers.

Farmland’s applications for licensure were repeatedly turned down by the NY Commissioner of Agriculture, in spite of numerous newspaper articles, editorials, television appearances and other public communications informing New Yorkers- and then-governor Mario Cuomo- of the price gouging.

Despite his ability to direct the Commissioner of Agriculture to issue licenses in order to correct that harm, Governor Cuomo had not done so. After a 7-year legal battle, in January 1987, Federal Judge Leonard Wexler ruled that NY state had been violating the commerce clause of the constitution and could no longer legally keep Farmland out.

The very next day, milk prices in NY dropped dramatically and New Yorkers have since saved hundreds of millions of dollars a year on milk purchases.

Since selling Farmland Dairy in 1999, Mr. Goldman has gotten deeply involved in the political arena and is currently a board member of the Republican Jewish Coalition.

Goldman is a proud and patriotic Jewish-American, who says “We must all recognize that freedom exists in the world because of America. American principles and values, our free markets, and willingness to stand up for freedom has allowed freedom to exist in the world. In many places in the word freedom exists because of America, and we must realize that there is no other country willing or capable of replacing us.”

Goldman was appointed by President Bush to the U.S. Holocaust Museum Council and is a recipient of the First Annual Crain’s New York Business All Stars, Who’s Who in Sales and Marketing, Who’s Who in the East 1989–90, the Ellis Island Medal of Honor and the 2016 King David Award by The Jewish Heritage Commission.

Marc Goldman is enthusiastic about many of the candidates running this year, especially in Florida, who contrast with what he calls, “the notoriously anti-American Democrat squad, of four women, leading an anti-America and Marxist agenda.”

Goldman holds the view that Republican incumbent President Donald Trump is, “the most Pro-American and Pro-Israel President America has seen.”

In fact, Trump’s administration did make the historic decision to move the U.S. Embassy from Tel Aviv to Jerusalem, recognized Jerusalem as the capital of Israel and Golan Heights as Israeli territory.

Trump’s most recent announcement last week, of a secured plan for peace between Israel and the United Arab Emirates, was a significant diplomatic breakthrough for his administration and hailed as, “an historic day for peace in the Middle East,” by the U.S. State Department.

Mr. Goldman emphasizes, “it’s clear from the President’s actions what his purposes and intentions are. From building the wall to secure our borders and taking action on behalf of the best interest of our country in foreign affairs, especially in his relations with China, North Korea, and with the exit of the Iran deal.”

Should the Open Fuel Standard legislation survive the Congressional gauntlet, Marc Goldman- and environmentalists- may find an unlikely champion in Trump.

U.S. energy independence is something the Trump administration has actively championed since its inception. Flexible biofuels may offer the best of both worlds; the energy independence for which Republican national security hawks have been clamoring and the sustainable, dependable, renewable clean energy source which Democratic environmentalists have been longing.