Anger Boils Over at Kenosha Police Shooting of Jacob Blake 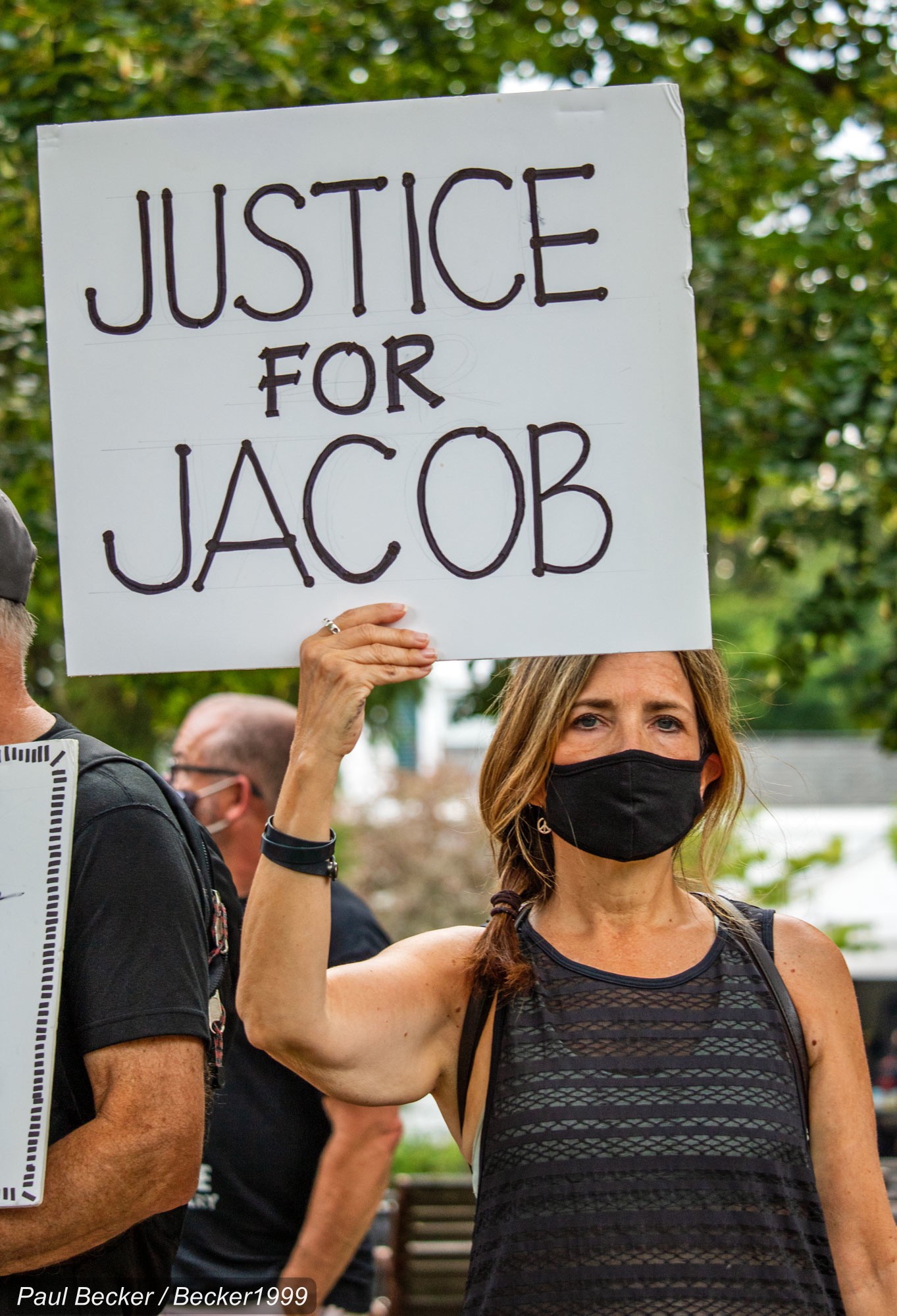 As details about the latest shooting by police emerge, the U.S. continues to see Black Lives Matter protests erupt across the country.

However, high-profile Democrats, including those running for office and in the media, have finally broken their long silence to plead for an end to the violence, vandalism, arson and looting taking place during many of the demonstrations.

That the violence which has accompanied these mass protests is helping Republicans, including Donald Trump, in the polls can no longer be ignored, even by those most in sympathy with the protestors. This fact, however, has done little to quell the passionate demonstrations of anger spontaneously erupting across the country.

Jacob Blake’s lawyer announced yesterday that Blake is permanently paralyzed after at least one of the bullets fired by a police officer in Kenosha, Wisconsin penetrated Blake’s stomach and severed his spinal cord. Blake, the latest victim of what many are calling police brutality, was left with damage to his stomach, arm and kidney and liver. Most of his colon and small intestine had to be removed, his lawyers also told reporters.

“His family believes in miracles, but the medical diagnosis right now is that he is paralyzed and, because those bullets severed his spinal cord and shattered some of his vertebrae, it is going to take a miracle for Jacob Blake Jr to ever walk again,” lawyer Ben Crump told a press conference on Tuesday.

“They shot my son seven times,” the wounded man’s father, Jacob Blake Sr., said through tears. “Seven times, like he didn’t matter. But my son matters. He’s a human being and he matters.”

Jacob Blake, 29, was shot approximately 7 times by police officers in Kenosha, Wisconsin while opening the door to his car. Video footage shows some of the events leading up to the shooting.

In one video, Blake is shown walking towards his SUV. As Blake opened the driver’s side door and leaned inside, one officer grabbed his shirt from behind and then fired into the vehicle. At least seven shots could be heard, though it is unclear if more than one officer fired.

Another video shows Blake was involved in a brawl with several Kenosha cops moments before the shooting. Three officers could be seen shouting and pointing their weapons at Blake as he walked around the front of an SUV parked on the street.

Blake’s partner Laquisha Booker told NBC’s Milwaukee affiliate, WTMJ-TV, that the couple’s three children witnessed the whole scene as they sat in the back of the car — and were screaming as their father was shot.

“That man just literally grabbed him by his shirt and looked the other way and was just shooting him. With the kids in the back screaming. Screaming,” Booker said.

One witness, who did not want his name used, said Blake pushed past police and that officers first struck Blake with tasers.

“He didn’t even flinch,” the witness said. “He just kept walking.”

“They start to wrestle,” the witness continued. “The officer is punching on him. Two officers come to assist. They get him down on the curb behind his vehicle. Somehow he manages to get up. They said he has a knife. All of the officers pull out their guns. … [One of the officers] tells him, ‘Get out of the car!’ and he starts shooting.”

The witness said he never saw a knife. Wisconsin Gov. Tony Evers said that he has seen no information to suggest Blake had a knife or other weapon, but that the case is still being investigated. Latest police reports and video analysis suggest Blake may have in fact been armed with a knife.

The police officers who shot Jacob Blake were, “the flint as well as the gasoline,” sparking the violence in Kenosha, Blake’s father said.

Police said that officers provided immediate medical aid to Mr. Blake at the scene, who was then taken to a hospital in Milwaukee. The officers involved in Blake’s shooting are on administrative leave and are said to be cooperating with investigators, according to the Wisconsin Department of Justice. The latest reports indicate only one officer fired his weapon at Blake.

According to the police scanner audio obtained by Madison365, someone had called police to report that Blake was at her home and wasn’t supposed to be, and that he had taken her keys and was refusing to give them back.

About 30 seconds later, the caller let patrol officers know that there was “an alert at this address for a 99 for this subject,” apparently to indicate that a warrant had been issued for Blake’s arrest. Court records indicate a warrant for Blake’s arrest was issued on three charges; third degree sexual assault, criminal trespass, and disorderly conduct in connection with domestic abuse.

Approximately one minute after the initial call, the dispatcher indicated that Blake was leaving the premises, and that the woman who had initially called had hung up.

The shooting has sparked civil unrest in Kenosha and other cities. There were several reported shootings and several buildings and cars were burned. President Trump announced in two tweets on Wednesday that he will be sending more law enforcement and the national guard to Kenosha.

“We will NOT stand for looting, arson, violence, and lawlessness on American streets. My team just got off the phone with Governor Evers who agreed to accept federal assistance (Portland should do the same!)…”

“…TODAY, I will be sending federal law enforcement and the National Guard to Kenosha, WI to restore LAW and ORDER,” President Trump tweeted.

Blake’s family has a long history of community activism. He was raised in Evanston, a town outside of the city of Chicago. Jacob Blake’s grandfather, also called Jacob, was a pastor at a church in Evanston and a local leader in the civil rights movement. He was also a prolific campaigner for affordable housing and led his congregation in constructing a housing block in the city.

Jacob Blake the younger continued this tradition of public service and volunteered with Black Urban Recycling — a charity that collects aluminum cans and recycles them to raise money for a community center in Chicago.

“My son has been fighting for his life and we just really need prayers,” his mother, Julia Jackson, said. “As I was riding through here, through the city, I noticed a lot of damage. That doesn’t reflect my son or my family.”

“We need healing,” she said. “As I pray for my son’s healing physically, emotionally and spiritually, I also have been praying even before this for the healing of our country.”

When Jacob Blake’s mother visited her son at the hospital and began to pray for him, Blake told her to stop and asked the police officer in the room if he was a man of faith. The officer said yes.

Blake then invited the officer to pray with them — and that’s exactly what all three of them did, his mother said.