All the Presidential Turkeys

Meet the real stars of Thanksgiving. 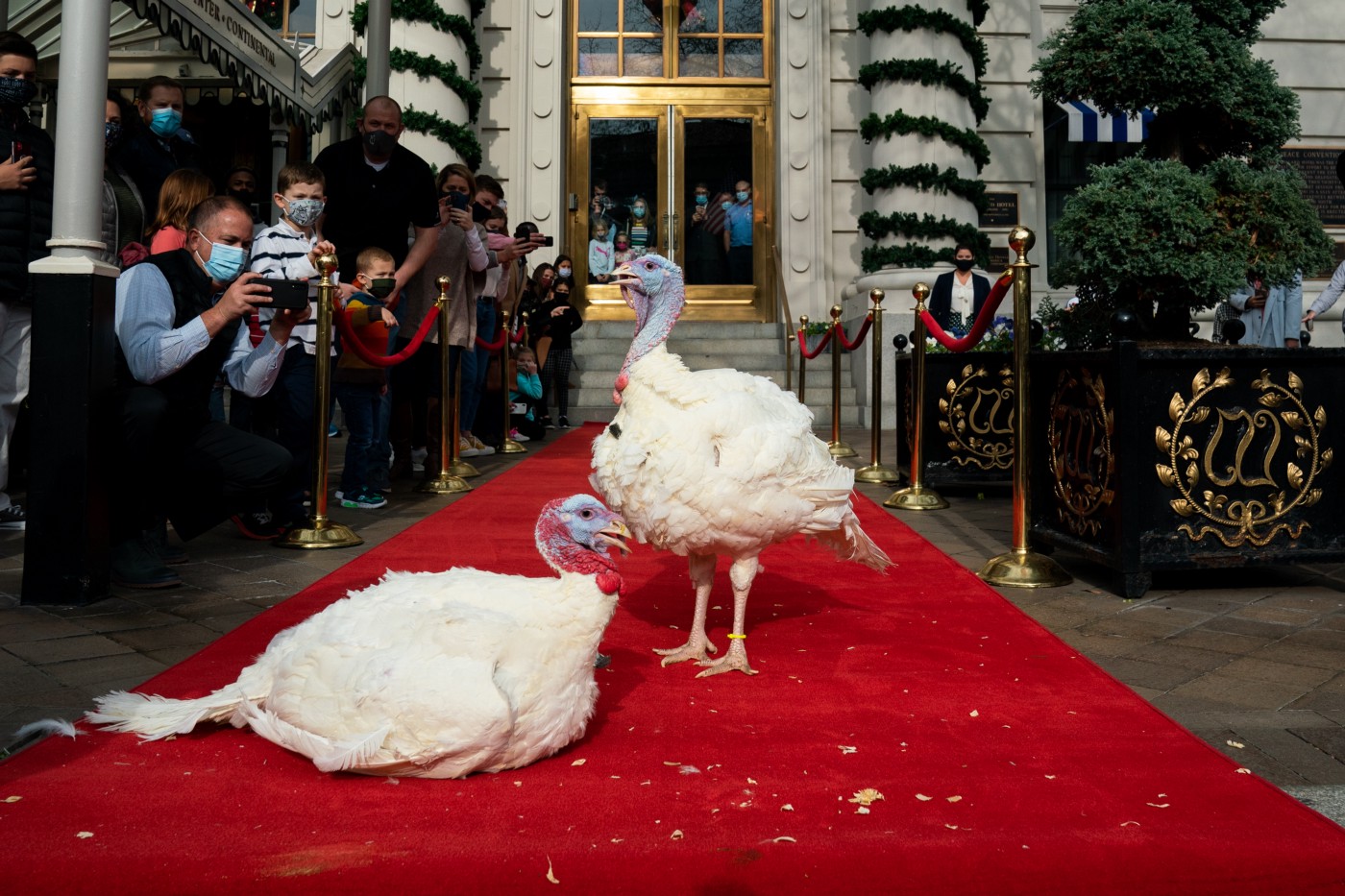 Covid-19 isn’t cancelled, even if it does take a lunch break. Masks are still mandated- in most places, anyway. Large Thanksgiving gatherings are being discouraged by public health authorities this year. But there is one compassionate Thanksgiving tradition not even coronavirus could dampen.

To the usual amount of fanfare, the much-anticipated Presidential Turkeys arrived in Washington, D.C. on Sunday in advance of the annual turkey pardoning ceremony.

After arriving in Washington, the lucky birds were greeted by a throng of well-wishers before being whisked into the ultra-luxurious Willard Intercontinental Hotel near Capitol Hill.

The turkeys, “Corn” and “Cob”, were welcomed in grand, red-carpet style. The National Turkey Federation, a turkey lobby, sponsors and produces the yearly event, which has grown more popular over the years.

President Abraham Lincoln may have started the turkey pardoning tradition, though inadvertently. An incident of him sparing a Christmas turkey was recorded in 1865 by then White House reporter Noah Brooks.

“[A] live turkey had been brought home for the Christmas dinner, but [Lincoln’s son Tad] interceded in behalf of its life…[Tad’s] plea was admitted and the turkey’s life spared,” wrote Brooks of the incident.

The previous day, when presented with a large turkey bearing a sign which read “Good Eating, Mr. President”, Kennedy had quipped: “We’ll just let this one grow.”

Until that time, the live turkeys donated yearly to the presidential dinner table were usually killed and eaten. During the Kennedy years, and afterwards, most turkeys started to find their ways to petting zoos instead.

Under President Ronald Reagan, sending donated turkeys to animal sanctuaries became the norm. It wasn't until former President George H.W. Bush formalized the event in 1989 that it became an official annual tradition.

“But let me assure you and this fine tom turkey,” President Bush joked after being presented with the Thanksgiving gift, “that he will not end up on anyone’s dinner table, not this guy.”

“He’s granted a Presidential pardon as of right now, and allow him to live out his days on a children’s farm not far from here.”

The tradition has since grown in popularity, though not without controversy. The irony that the heart-warming tradition is sponsored by an organization dedicated to keeping turkey on American dinner tables- whose very website is “eatturkey.com”- isn’t lost on everyone.

President Harry Truman is sometimes credited with beginning the tradition, a myth disputed by the Truman Library in 2003.

“The Library’s staff has found no documents, speeches, newspaper clippings, photographs, or other contemporary records in our holdings which refer to Truman pardoning a turkey that he received as a gift in 1947, or at any other time during his Presidency. Truman sometimes indicated to reporters that the turkeys he received were destined for the family dinner table.” — The Harry S. Truman Library.

As this year’s extremely photogenic birds enjoy their tremendous good fortune, and Americans prepare to celebrate Thanksgiving as best we can, we are reminded how much we have to be grateful for.

In spite of 2020, and all the sundry disappointments contained therein, American traditions, great and small, survive.