After Iran Gets The Bomb

A nuclear-capable Iran is imminent. Who can its neighbors and the Iranian people count on in the aftermath? 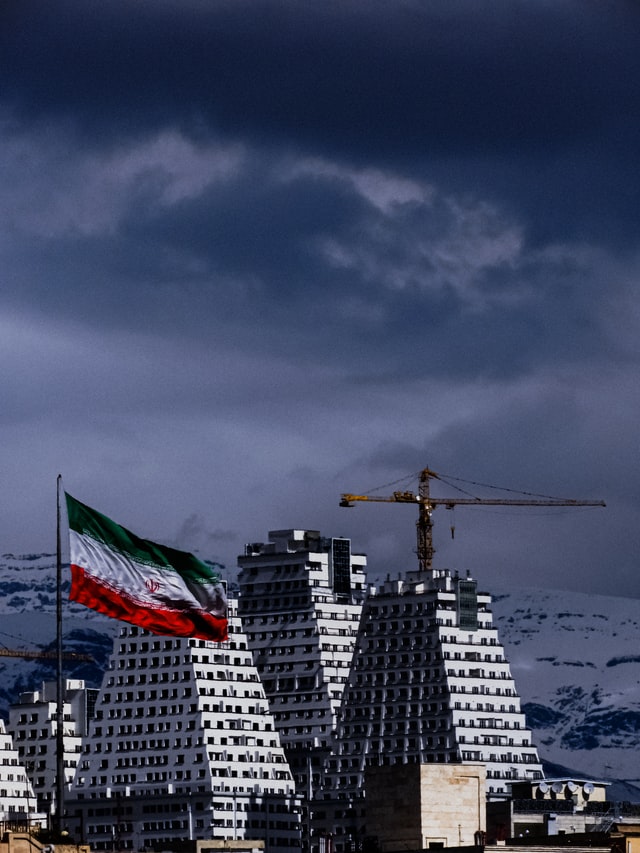 All these many decades later, we have a far better idea. Taking out Saddam Hussein might have created more problems than it solved in the Middle East.

Oh, Hussein was a brutal dictator, to be sure. His notorious cruelty, and that of his sons, has become the stuff of terrifying legend in the years since, immortalized in graphically violent detail by no less authority than HBO.

When Hussein invaded Kuwait, it gave Western powers all the incentive they needed to fundamentally remake the Iraqi government and relegate Saddam Hussein to a jury of his peers who would eventually hang him.

Children’s fairytales can be so gruesome.

The reality was no less gruesome; with a deposed dictator in Iraq no longer able to check its oldest and bitterest enemy next door, the region devolved into a wave of terror which has been sweeping it ever since.

Without Iraq to worry about, Iran and the Mullahs controlling it were suddenly without constraints and rising in prominence.

Besides its nuclear ambitions, which are- unfortunately- about to be realized, the Iranian government is responsible for inflicting terror, mass murder, torture and other crimes against humanity on the Iranian people.

Like PolPot’s infamous Khmer Rouge before them and its lieutenants who committed genocide in Cambodia during the late 1970s, there may come a day when the ruling political and military factions in Iran face an international court and an Iranian military tribunal.

The arc of the moral universe is long,” as the Reverend Martin Luther King Jr. once observed, “but in the end it bends towards justice.”

Until that blessed day comes- and partially as a result of the some of the poor foreign policy decisions of the U.S.- the Iranian people and Iran’s nearest neighbors will suffer.

Foreign policy experts on three continents are warning that Iran’s nuclear ambitions are soon to be realized. The corporate press can try to spin this development as “not as bad as everyone thinks,” all they like.

For Iran’s nearest neighbors, and the Iranian people, the reality is somewhat different and no amount of spin can change that.

When Iran’s government rose to greater prominence after U.S. military action concluded in Iraq, it did much more than start working in earnest on building a nuclear bomb. Iran has been one of the main sponsors of terrorism in the region ever since. From training Islamist fighters, to financial and material support and beyond; radical terrorist groups in the Middle East, from Al-Qaeda to ISIS to ISIS-K to Hamas, have had no greater friend than the Mullahs of Iran.

Not much of this terror has reached U.S. shores; not since 9/11 anyway. But that doesn’t mean terrorism hasn’t been happening.

Everyone from journalists to government officials seen as sympathetic to western alliances to ordinary people have been targeted; kidnappings, assassinations, car bombings, and suicide bombings happen so frequently as to become part of the landscape. That these criminals, murderers and terrorists most often kill their fellow co-religionists- other Muslims who are opposed to jihad- is too often overlooked.

Nevertheless, it is the reality.

With the sharp and steady rise of Islamist terrorism in the region, a realization has been dawning in some of the Iran-adjacent countries most beset by the violence. Many of these countries- and the people in them- are under grave threat, and not just from terrorism. Not just from Iran getting The Bomb.

The very sovereignty of these states is under threat.

Brutal dictators and governments like Iran need a scapegoat, they need a distraction. They need war and poverty to stay in power. There is no threat greater to a despotic ruler than the people over whom they presume to rule. No outside force can be as deadly. Governments are usually tiny in comparison to the population. If the people decide they want you out, and unite long enough to accomplish it, you’re out.

To keep a population distracted and subservient, invading a neighboring country works wonders.

It must have already occurred to Iran’s nearest neighbors long ago, and again recently after the U.S. left Afghanistan in a lurch, that Iran’s ruling party is becoming emboldened in the changing political climate.

After the- mostly- defeat of ISIS, Iran’s rulership appeared to be on the wane. Post-Afghanistan, with an U.S. administration seen as more open to negotiations and lifting sanctions, Iran is again saber-rattling.

In fact, there are two opposing forces vying for control of the Middle East and its environs at this time, but they aren’t the U.S. and China.

On one side and in the vast minority, there is a thriving Islamist movement; the Taliban, the Mullahs of Iran, Hamas, ISIS, ISIS-K and increasingly Turkey.

On the other side of the conflict in the Middle East are millions of peaceful, religiously observant Muslims who want nothing more than an end to the violence and war. Peace, prosperity, and the freedom to practice their religion without fear of terrorism and invasion is their vision of the future.

That vision hinges now on a very grave question: What will Iran do next? If it chooses to invade a nearby nation, or does more than flex its newly developed nuclear muscle, the U.S. might do nothing. Especially considering China and Russia are in play.

It is for these reasons, and so many others, peace agreements like the Abraham Accords are so vital.

At the New Year, official envoys from the UAE and Bahrain celebrated atop the Western Wall in Jerusalem in a history-making first. Inspired by the Abraham Accords, a delegation of prominent Iranian citizens recently traveled on a peace mission to Israel to further cooperation and friendship between the Iranian people and the Israeli people.

The U.S. may have abandoned its commitments in Afghanistan; China’s predatory Belt and Road Initiative is a siren song with potentially devastating consequences. Iran will almost certainly be getting the bomb, probably within a year. Maybe less.

Israel isn’t an enemy to its neighbors; in fact, Israel could be an excellent friend and trading partner. No one has better desalinization technology- anywhere.

The violent forces intent on tearing the region apart are the true enemy. Together, the citizens of Iran, Israel, UAE, Bahrain, Afghanistan, and all their neighbors must stand together.

Neither the U.S., nor China, nor the UN can be counted upon to secure a peaceful future in the Middle East- a fact they don’t know but Middle Eastern nations understand all too well.

But it doesn’t matter; the citizens of these nations have each other. Together, they can and will triumph over the forces of violence and terror which have paralyzed the region and killed innocent people for long enough.