A Tale of Two Democratic Governors

Based on their performances during the pandemic, some Democratic governors deserve to win reelection. Some do not. 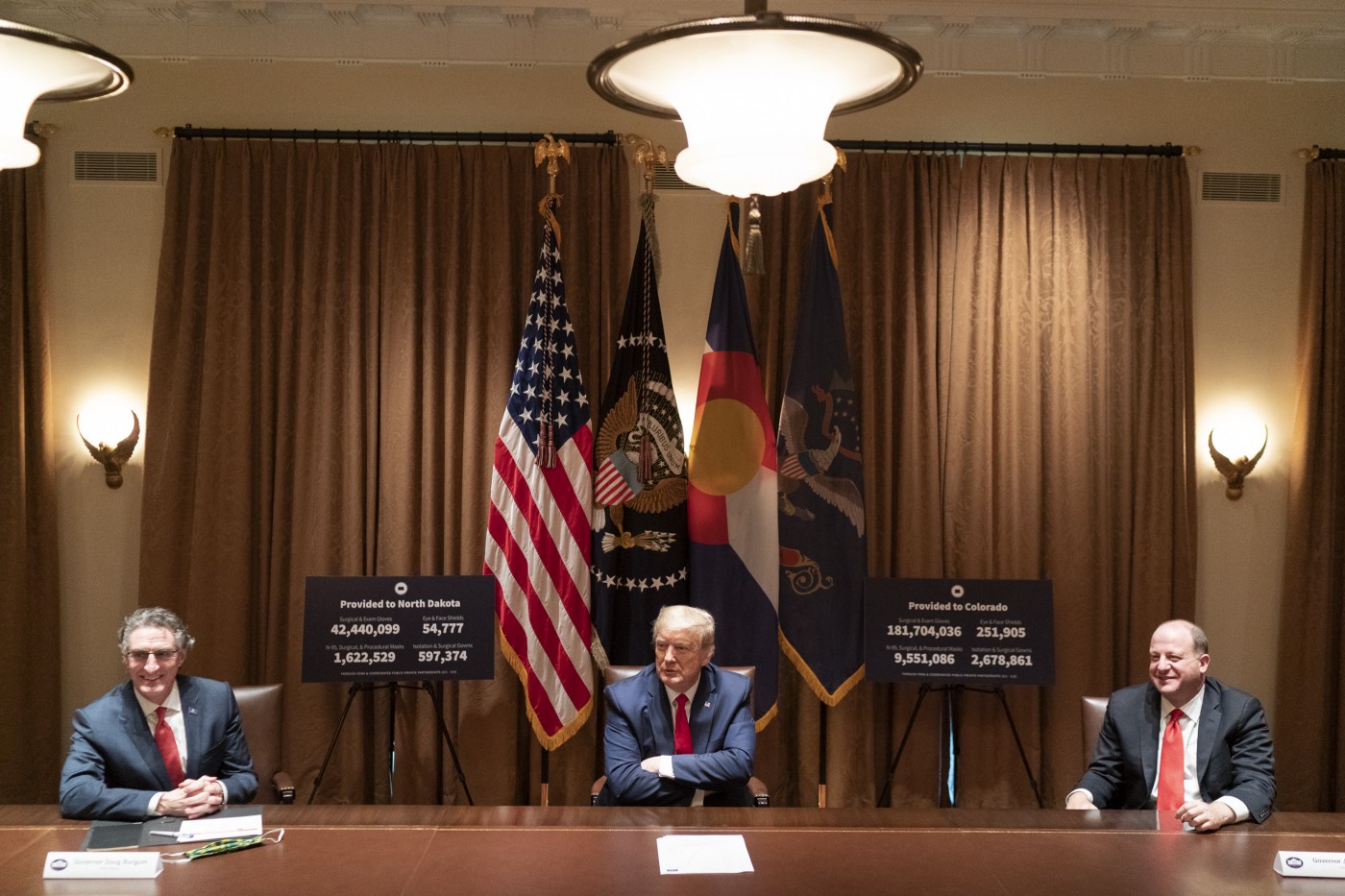 During this crisis, some in our governing body have demonstrated leadership competence, sound decision-making abilities, good communication with community leaders and other elected officials, cooperative bipartisanship, and a willingness to put the needs of constituents first.

But not every elected official has responded well to this crisis.

When tested, it seems even the most experienced of lawmakers can prove themselves unequal to the challenge of leading through an ordeal like the many-headed hydra of coronavirus.

Luckily for the people living in Colorado, Democrat Governor Jared Polis has risen to the many challenges created both by the outbreak of Covid-19 and the necessity of reopening shuttered sections of the U.S. economy.

While Gov. Polis has moved decisively to protect the rights of Colorado business owners to deny service to anyone not wearing a protective mask,he has also been quick to trust the citizens of Colorado to respond effectively and consistently to directives from public health authorities, if reasonably presented.

“The use of masks, along with social distancing, are simple measures that can allow us to continue to enjoy our favorite outdoor activities like parks & open spaces. As we continue to deal with the reality of the virus still present, we need to protect ourselves & those around us.” — Gov. Jared Polis, Twitter. June 4, 2020.

The measured response of the Polis administration has drawn praise from both sides of the aisle, as even President Donald Trump- who is seldom as effusive in his praise of Democratic governors- lauded Colorado and its leadership.

Most recently, Gov. Polis has moved to protect Colorado’s citizens still most at-risk of dying of Covid-19 by taking special care to isolate people in long-term care facilities and urging those with underlying health concerns to take additional precautions.

At the same time, Colorado’s governor has begun welcoming tourists back to Colorado. The state is sure to see economic growth, jobs, and increased tax revenues for the State of Colorado during the next few months as every would-be summer vacationer and stir-crazy family makes a bee-line for the Rocky Mountains.

At the heart of Polis’ coherent response to Covid-19 has been a mandate he christened “Safer at Home and in the Vast, Great Outdoors”.

By recruiting two of Colorado’s most defining characteristics- the great outdoors and the people who move to and/or visit Colorado because they love it- in the fight against Covid-19, Polis set his state up for victory.

The citizens of Kansas haven’t been as lucky in their choice of representation at the state level.

Due to the scattered, incoherent response of Kansas Gov. Laura Kelly, Kansas is not emerging from the cocoon of Covid-19 shutdowns with a rosier economic outlook.

Public health experts predict that Kansas will see an additional 1,811 new cases over the next 42 days; an average of 43 new cases a day. This will bring Kansas to 11,102 confirmed cases in a state of 2.91 million residents; a total confirmed infection rate of 0.38%

The model also projects that over the next forty-two days Kansas will see 25 additional deaths from COVID-19. This would put Kansas at 238 total deaths by July 8 or a little more than half of the average annual deaths Kansas experiences from the flu based on data from the past ten years.

There have also been other consequences for the citizens of Kansas besides job losses and unemployment: Kansas kids spent the last months of their scholastic year on hastily assembled remote learning programs. According to the Wall Street Journal: “The Results Are In for Remote Learning: It Didn’t Work.”

How long will these decisions hinder Kansas students? Being placed at such an educational disadvantage compared with their peers in neighboring Colorado will mean Kansas students will be competing against students who were allowed to spend more time in the classroom with their teachers.

States like Kansas which are holding-out on opening up are also creating massive future budget shortfalls that legislators will be facing sooner rather than later. Shuttering so many Kansas businesses has meant a great deal of missing tax revenues. City and county budgets will soon be feeling the pinch.

In Kansas, schools and municipalities will be seeing the result of these shortfalls in deep budget cuts. As usual, it is low-income Kansans who will suffer most from this mismanagement.

In perhaps the worst news for Kansans financially disadvantaged by the Covid-19 shut-downs, Kelly’s poor leadership has squandered a previously negotiated and approved bi-partisan agreement which would have extended Medicaid to over 100,000 uninsured, low-income Kansans

Unlike Colorado’s Gov. Polis, first-term Kansas Gov. Laura Kelly, has been unnecessarily heavy-handed with the citizens of Kansas, especially as it pertains to religious services. As such, Kelly’s tactics have generated much backlash from the Republican-held Kansas legislature.

“It’s our job to oversee this governor, to oversee her emergency orders. It is our job to open up Kansas safely. Her emergency declarations apply to all of Kansas and there are counties that still have had no cases.” — Kansas Republican Senate President Susan Wagle

Instead of relying on experts, taking a measured approach, and responding to scientific evidence, Gov. Kelly has instead proved largely reactionary. Kelly’s administration made a great show of reacting to videos posted on social media of a party held in the Ozarks shortly after the quarantine was lifted in neighboring Missouri. Gov. Kelly strongly condemned attendees from Kansas.

Weeks later, when the Missouri health department issued a statement reluctantly conceding no new cases of Covid-19 emerged from the gathering in question, Kelly’s office was silent.

Gov. Kelly has approached the Covid-19 crisis in fits and starts; first refusing to allow Kansas counties to govern their own citizens, then suddenly conceding that power, and all responsibility, back to local authorities without explanation. Throughout the crisis, her mandates have been meandering, arbitrary and nitpicking.

Now, Gov. Laura Kelly seems to have simply given up, though her office maintains that Covid-19 is still a threat. As to what she intends to do about it, the citizens of Kansas can only hope she looks to Colorado Governor for some ideas.